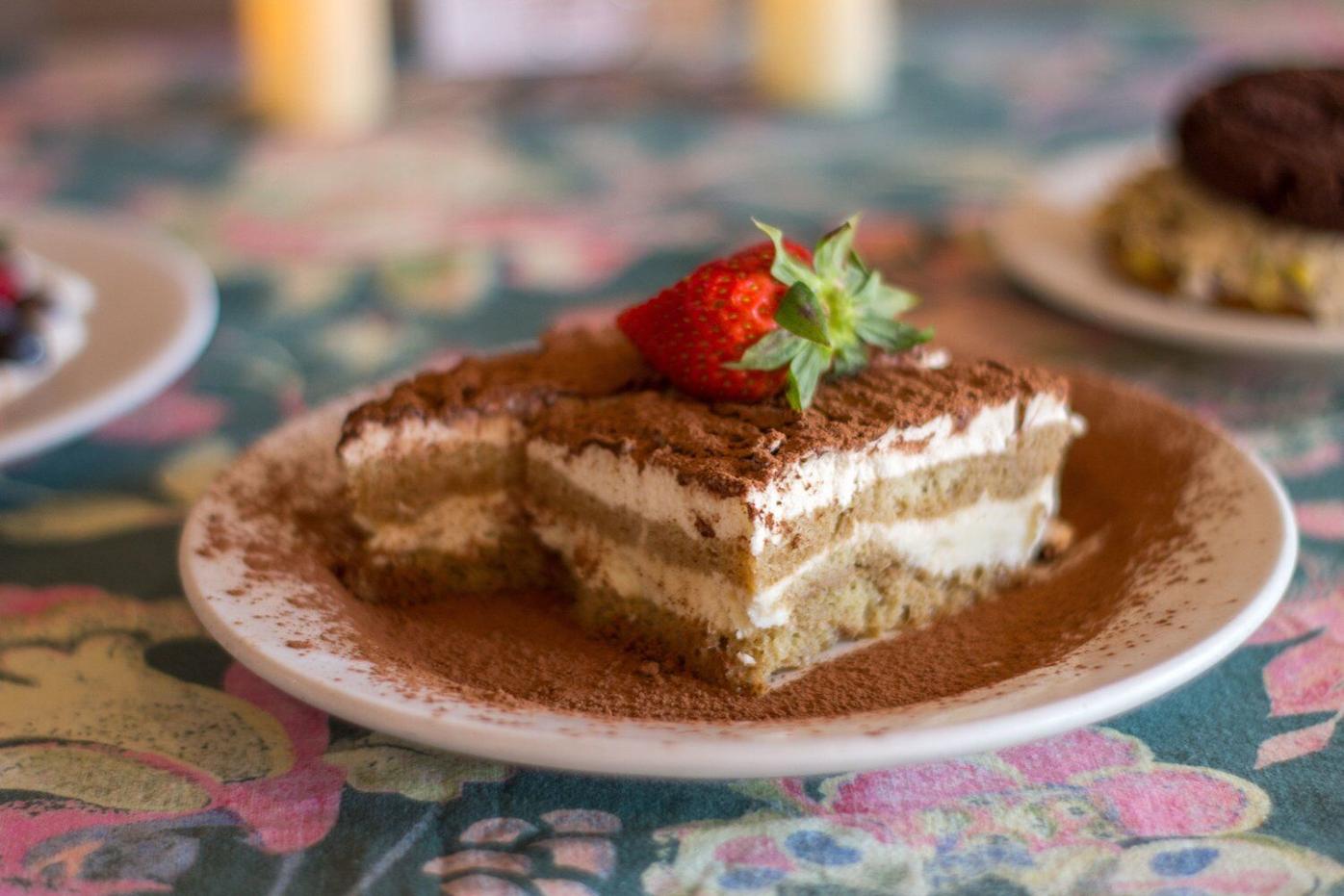 Tiramisu at Dottie's Coffee Lounge in Pittsfield. The cafe has begun serving desserts in the evening. 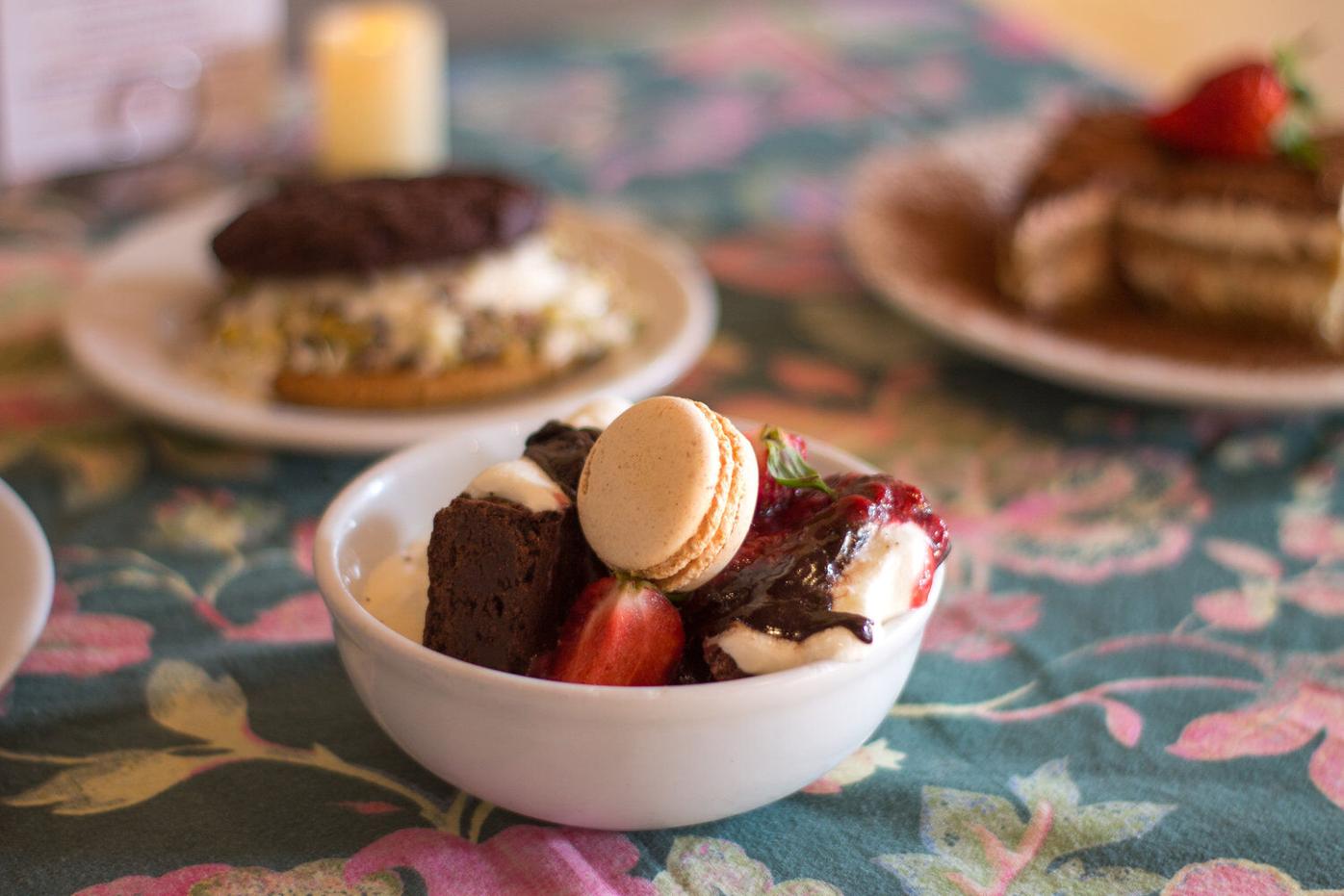 Sweet treats at Dottie's Coffee Lounge in Pittsfield. The cafe has begun serving desserts in the evening.

Tiramisu at Dottie's Coffee Lounge in Pittsfield. The cafe has begun serving desserts in the evening.

Sweet treats at Dottie's Coffee Lounge in Pittsfield. The cafe has begun serving desserts in the evening.

PITTSFIELD — When Jessica Rufo from Dottie's Coffee Lounge decided to transition her bakery's retail back through Dottie's from her former bakery storefront Tyler and Pine, she wanted to continue to bake, but keep the retail sales through one storefront.

Now, customers can end their evenings in downtown Pittsfield on a sweet note.

Starting last month, Dottie's Coffee Lounge began offering evening dessert service. From 6 to 9 p.m. Thursday through Saturday, diners can come in and choose from a spread of dessert options along with espresso, coffee and tea beverages.

"I thought that having a dessert night would be a nice way to kind of start marrying the two worlds. I could do it with the staff I currently have," Rufo said.

Rufo believes that the endeavor offers something that's missing in the downtown dining scene.

"It provides a space for people who don't drink and don't want to go to a bar, but do want to go out and do things. It can and will be a real gem in the weekend evenings in the city."

Customers can order at the counter, and staff will deliver desserts and coffee to their table. Sitting down to white tablecloths and candles, Rufo shares that "it's much more of an elegant and intimate experience."

In fact, baking reminds her of her grandmother, Dottie, for whom Rufo named the North Street coffee shop 12 years ago. Rufo pulls some inspiration for the menu from her.

"I think of my grandmother, Dottie, a lot when we're doing this because she loved making desserts," Rufo said. "If you ever invited her over, she always brought a dessert. You didn't have to ask her to, she just showed up."

Tiramisu, the first item on the menu, is a permanent addition to dessert at Dottie's. It was Dottie's favorite dessert. At the restaurant, to make the dessert, Rufo bakes homemade ladyfingers then soaks them in Barrington Coffee espresso and rum. The cookies are layered with pastry, cream cheese and whipped cream then dusted with Dutch Cocoa powder.

One menu item, the Peanut Butter and Chocolate Cookie Ice Cream Sandwich, consists of ice cream sandwiched between a peanut butter cookie and a double chocolate cookie, rolled in mini-chips and walnuts. The lemon cheesecake, made with a sugar cookie crust, is an example of the playful nature of the menu.

"My interest in the deserts is that so that they should be more whimsical and fun, like Dottie's is, as opposed to precious, ornate desserts," Rufo said.

Another whimsical favorite of Rufo's grandmother that soon will grace the menu is a Hawaiian cake that Rufo says that she loved making. "It's just so classic, like retro, '60s desserts."

As Rufo sees what desserts are popular, she'll then be able to come up with what she calls a playful menu.

"I want to make it fun and ever-changing. So you can go and get the classic stuff like tiramisu and cheesecake, but then also be enticed by more playful things that will be rotating."

The menu will change weekly and is posted on the Dottie's Coffee Lounge Facebook page by Thursday, before that evening's service. Pricing for all menu items is $6 to $10.

"We've been making strawberry shortcake, which again, is another one of my grandma's most favorite things," Rufo said. "It's actually my grandfather George's favorite thing that she made, so that's extra special."

Rufo is pleased with the reception so far, with attendance growing weekly, with her grandmother's tiramisu being the most popular menu item so far.

Rufo shares that she hopes to continue dessert service into the fall and winter. She also has plans to make more cakes and that dessert is "planting the seed, or the sweet tooth" with the public so that it thinks of Dottie's for its dessert needs.

Stephanie Gravalese can be reached at