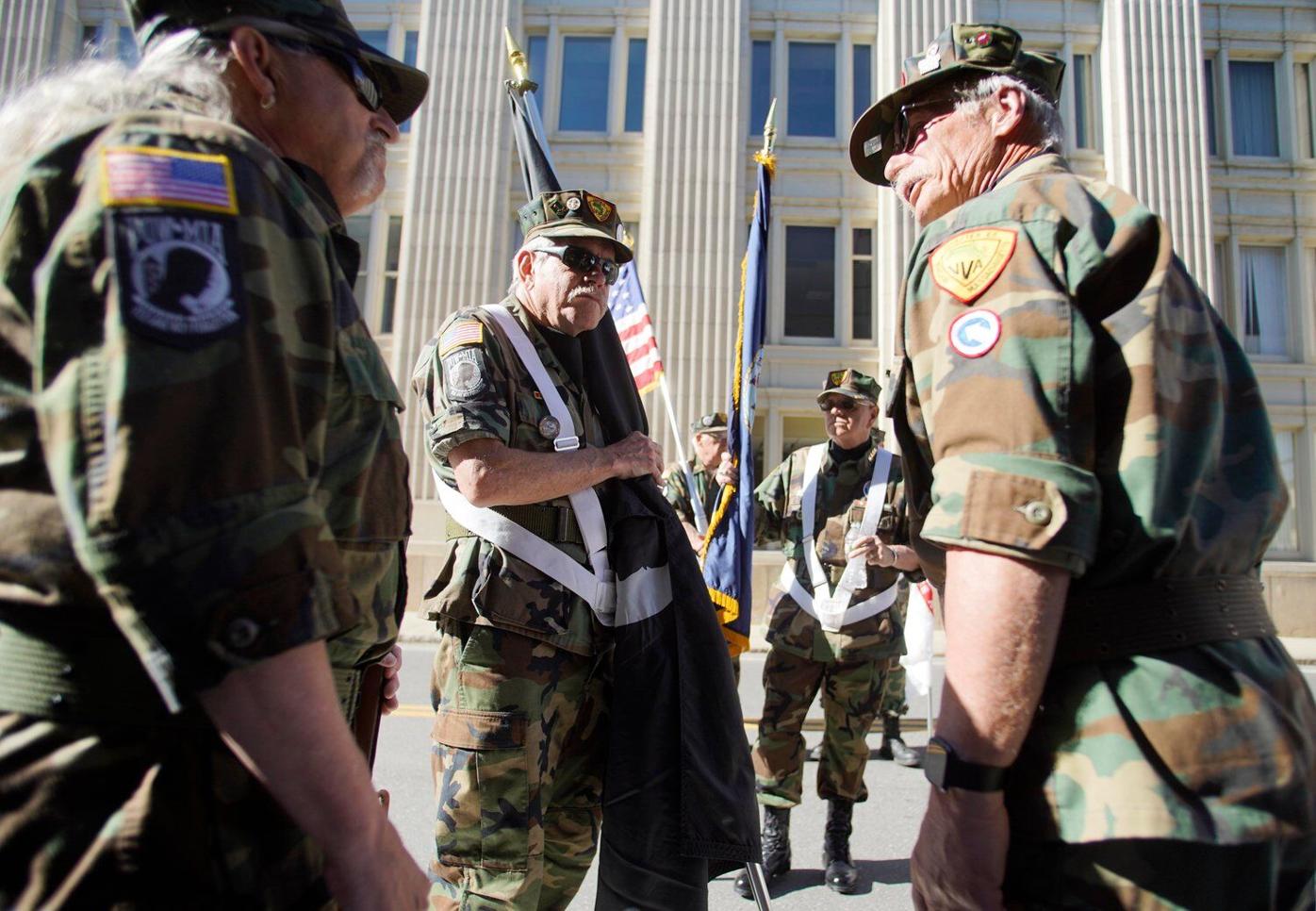 Members of Vietnam Veterans James E. Callahan Chapter 65 in Pittsfield gather to march in the Pittsfield Memorial Day Parade in 2019. The parade is canceled for this year, but John Bresnahan of Devanny-Condron Funeral Home is tipping his hat to a group of volunteers who made sure that all of the city's deceased soldiers would be remembered. 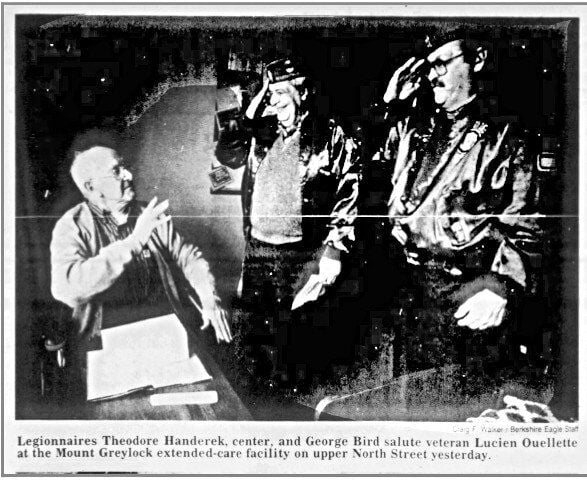 Members of Vietnam Veterans James E. Callahan Chapter 65 in Pittsfield gather to march in the Pittsfield Memorial Day Parade in 2019. The parade is canceled for this year, but John Bresnahan of Devanny-Condron Funeral Home is tipping his hat to a group of volunteers who made sure that all of the city's deceased soldiers would be remembered.

By the time he retired from his post in 1992, Handerek was the longest-serving veterans agent in the commonwealth of Massachusetts; he had served in the U.S. Coast Guard during World War II, and took the Pittsfield post in 1949.

"A member of the greatest generation," recalls Bresnahan, the director of Devanny-Condron Funeral Home on Maplewood Avenue.

A licensed social worker, Handerek held numerous veterans representative roles, from being commander of the Charles A. Persip American Legion Post 68 to speaking on behalf of disabled veterans at the state level.

He was the epitome of service, says Bresnahan, who stood alongside Handerek on many Memorial Days; it's the solemn holiday held on the last Monday in May every year, to honor American soldiers who gave their lives during wartime.

"Ted was the consummate professional and the dean of veterans agents in Western Massachusetts," Bresnahan says of Handerek, who died in 2004 at 80. "Whatever he could do to help, whoever you were, he would do his best."

Memorial Day affairs in Pittsfield are not small events, with a parade, guest speakers and hundreds of people attending. This year, with the coronavirus, is different.

The pandemic has got everyone, Bresnahan included, thinking about what it means to serve, whether it be health care workers, police, fire or veterans agents, and how best to honor them. Veterans agents — a required post for cities and towns in the state — assist veterans in securing proper medical care, compensation for injuries as a result of their service, as well with housing and coordination of services with the Department of Veterans Affairs.

In the military and other lines of first responder work, there's a sense of kinship, duty, honor, of not leaving people behind. This, Bresnahan believes, is what pushed Handerek to go the extra mile for those who went the extra mile for their country and, in some cases, gave their lives in service.

Respect for those who serve has always been a hallmark for Devanny-Condron, and the funeral home plays a key role in Memorial Day services. It has a long-standing role of providing limousine service for the elder and distinguished veterans and others needing rides to and from events in the city, in addition to providing follow-up support for the placement of flags at the gravestones of veterans throughout the city.

Bresnahan says the flag-placing is no small feat, and a schematic is used to keep track of all the plots.

Normally, the Boy Scouts of America helps with this sober task, but the group this year pulled its annual participation — here and nationwide — because of the pandemic.

And traditional parades and gatherings at cemeteries are out of the question, with social distancing recommendations in effect and a ban on gatherings of more than 10 people.

But, not long after he felt pangs of concern, he learned that there was a volunteer effort afoot, in lieu of a parade and ceremony, to place the small American flags at all veterans' graves at five city cemeteries.

"These are the people who were doing the work," says Bresnahan, who, with his Devanny-Condron colleagues Caroline Sullivan-Mulherin and Korey Mulherin, wanted to publicly thank and recognize the volunteers who answered the call this year to make sure that veterans would not be forgotten. Although not a veteran himself, he continues to honor his late father, John F. Bresnahan Jr., a U.S. Army veteran of World War II, by his continued service to all veterans, including serving as chairman of the board at Soldier On.

On Monday, patriotic folks are invited to watch at home on Pittsfield Community Television at 8 a.m., as it broadcasts a small tribute to past and present veterans at Pittsfield Cemetery. Harding, a Marine Corps veteran, will raise the American flag and play a recorded version of "The Star-Spangled Banner."

Bresnahan notes that there's a National Moment of Remembrance on Monday to acknowledge and honor all veterans, for one minute, beginning at 3 p.m.

"People have been invited to pause, remember and even salute, their own flag at home or any municipal flag," says Bresnahan, encouraging all to remember the sacrifice of many who have come before us.

Some places will play taps; others will have drive-by parades. Bresnahan says it doesn't matter if you're at a national cemetery or in your own backyard, as you can still remember the fallen.