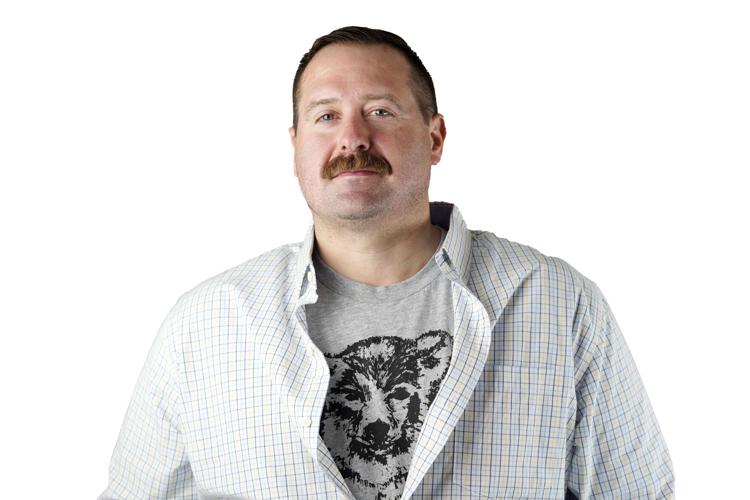 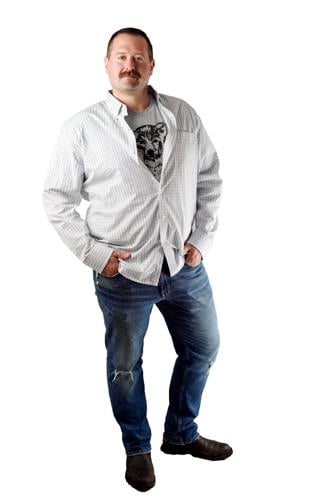 PITTSFIELD — Bard College at Simon's Rock has neither a cooking school nor vocational training programs. But, it does have a local alumnus who owns two Berkshire restaurants and has received acclaim as a chef.

His name is Bjorn Somlo. The Lenox resident of Norwegian and Hungarian descent owns Nudel Restaurant in Lenox and The Lantern Bar & Grill in Pittsfield, and has been nominated as a rising star chef and best chef in the Northeast by the James Beard Foundation more than once, and as The People's Best New Chef by Food & Wine magazine.

Ambience: One of Pittsfield's most iconic restaurants. Small, intimate pub-style feel in an urban setting.

Somlo, who grew up mostly in Austerlitz, N.Y., just across the state line, has interesting ideas on food and the restaurant business. He also believes that slight tweaks to the state's building code would allow small businesses, including eateries, to thrive in Massachusetts' 26 Gateway Cities, which include Pittsfield [at least three small Pittsfield restaurants have closed since 2013 because of the high costs of updating aging infrastructure, although one reopened under new management].  We discussed all of these topics with Somlo during a recent interview.

Q: So, why did you decide to become a chef?

A: In school, I was an OK student. Not the best and not the worst. I was often treated as though they believed I had more potential than I was performing with. I did well enough, and I ended up at Simon's Rock. ...

When I was around 16, I ended up in [Great] Barrington and I needed a job. While I was simultaneously going to school, I picked up a job doing dishes and it clicked. It clicked. I got the bug, and I got it bad.

Q: What was it that clicked?

A: The click was to be able to be good at something, and to do it and see the rewards of accomplishment, and that just spoke to me. And then that just carried forward with me getting more and more into it.

There was so much information [when] I started at this time; that was really kind of the last of an era. ... This was pre-internet, so, the information was [available] in a way you kind of feel when you play video games and you tell sci-fi tales or romantic Renaissance jokes.

The things that people did were held in small sectors of restaurants or countries or whatnot. You find a cookbook or something, and there was a literal discovery to have that information or to have those skills. And, it was also glorious about food, because it's kind of like the core of our being. From that came everything else — arts, music, socializing, just all these brilliant things. That's the learning about food, not the actual making of it. That's highly addictive in its own way.

Q: Based on your comments, it sounds like you approached your profession in a more intellectual than practical way. Am I right in assuming that?

A: I think so, but the reason I could get the intellectual part was that my body was being fed, it was busy, and it was exciting. ... There's so much adrenalin [in the restaurant industry] that, as a young man, you want that. There's a longing, there's community.

Ambience: Cozy, casual place that serves a seasonally inspired new American menu that changes nightly, according to its website.

The industry is also so historically awful that it creates. ... As much as there's a toxic atmosphere, there's also a brethren. There's a reason why a lot of people in the hospitality industry can go into medicine and emergency response. They're kind of already preprogrammed for it.

Q: Simon's Rock seems like a strange place for an aspiring chef to be.

A: I really enjoyed the educational process, but the moment they really wanted me to focus on a degree, it was like, "I don't know. I'm loving cooking." ... The more they pushed you to kind of go into a majors field, the more I thought I'd better wrap it up. I got a liberal arts degree.

That's the other thing that's under-communicated and the schools don't really tell you. Going to cooking school is one of the worst things you can ever do if you are really passionate about the cook you can become.

A: Cooking is a trade, it's a craft, it's about repetition, it's about the ingredients you use, the tools you use, the knowledge. It's very, very not an art. There are people who have beautiful aesthetics and amazing talents. but those things still have to become a craft, and like all of our trades, they are better when people are learning in motion.

Q: (Somlo left the Berkshires to learn his craft as a chef in restaurants in New York City and New Orleans before coming back here and opening Nudel in 2009). Was running your own restaurant a goal, or something that you just decided to do when you came back to the Berkshires?

A: Part of every cook's path to becoming a chef who has the bug is, they think that the ultimate culmination is owning. For me, the reason I rushed to break out as early as I did was that the media landscape had changed at the time.

They were starting to write about the stories of food, not reporting [on] the industry, and that made it feel like I was getting behind in getting to the point that I should. I decided that if I was back in this area, then I wanted to be in this area, and I was running out of places that I could work and I could also follow my eye and palette and passion for food. ...

If I'm going to be here, I'm going to follow what my ideas, my theories and my passions are, and I have to do it on my own terms.

Q: So, that's why you opened Nudel?

A: Yeah, that's why I decided to open something so small. I'm not following the path of the Berkshires. I'm not doing the greatest hits. I'm not doing what sells to the masses. I was young and dumb and ...

Q: Well, you're still operating. Here it is, 2021, and you're still in business. That's pretty good for a restaurant.

A: I'm in business. But, it's like someone whose 41 going on 42 and saying, "Man I left a lot of money on the table" by wanting to do it my way. And being so thoroughly caught up in the romance of making great food and wanting to have my independent voice, as I got taught later, the communication with your population is a better business.

Q: I know you have some interesting ideas about building codes and small-business development in the Gateway Cities. What are they?

A: In the state of Massachusetts, we have a three-pronged pincer move happening against small independent businesses, and it's especially felt in Gateway Cities.

Q: So, how does the state's existing building code play into that?

A: A long time ago they added a thing that could be called a grandfather clause, although it's not even a clause, just a couple of sentences. ...

It basically said if you do not spend more than a third of your building's property [value] in a five-year stretch on renovations, you are allowed to stay as you are. I believe that was made with the best of intentions to say, "Hey, we can't keep on changing the building code and go over to a mom and pop shop because someone passed a law and tell them they have to put $50,000 into their business when they have a 27- or 28-year track record of being responsible stewards in their community." I think that's where it came from.

But, what it did is, the folks who have previously owned businesses are de-incentivized to invest in them because the cost of upgrading in these Gateway Cities is so high, especially with how much the code has changed. They [the owners] just kind of ride them out, and when they do leave it to the next generation, the bar of entry and the cost to make those updates far exceeds what a business could put in or exceeds the amount of capital you might raise, and the people who do have the capital when they look at that capital and the demographics of an area they're going to say they're not going to do it here.

Q: So, what are you trying to do about this?

A: I try to talk to anyone who will listen. ... It may not be the solution for all our woes, but I know we will never be better off if the people that really care, or have the energy or the youth or the fire, can't be part of this matrix that we call a city or a town.

The Lantern in Pittsfield is closing at the end of April

The owner of The Lantern Bar & Grill is planning to close the iconic eatery at the corner of North and Linden streets at the end of the month.