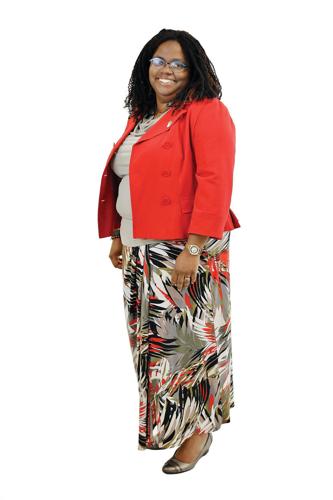 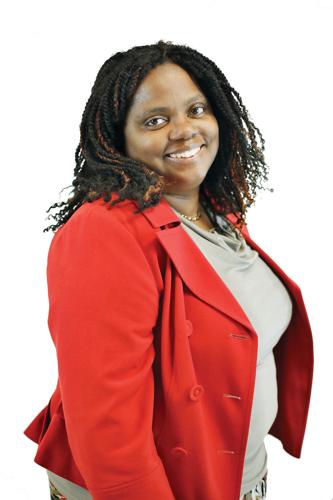 Gwendolyn Hampton VanSant didn't take a direct route to the Berkshires. She was born in Philadelphia. Her father was an engineer in the Navy, so they moved often. She has lived in Virginia Beach, Va., New Jersey, New York and Florida.

"I was really shy," VanSant said. "I was almost afraid to acclimate because then we'd have to go again."

Through it all, VanSant was a great student — she was a member of the National Honor Society and well-known for her spelling bee prowess. She was at a college fair in Virginia when she met the dean of admissions at Bard College at Simon's Rock.

"I don't know how he ended up in Virginia Beach," she mused.

Five years later, in 1992, VanSant graduated from the Great Barrington college, where she studied Spanish and art history.

VanSant stayed in Berkshire County to raise her family — she has four children ages 12 to 29.

"I was intrigued by having a home, because I had moved around so much," VanSant said. "I built a community, I was living in Housatonic. It felt safe."

Take it to the BRIDGE

VanSant started her career locally as a medical and mental health Spanish interpreter. It was then that she saw language wasn't the only thing in need of interpretation here. Multicultural celebration and integration was lacking.

"I was always connecting with Latin American celebrations or the community in the area," she said. "There was such a need beyond just being able to broker the language. So, I wanted a space where I could do that."

VanSant co-founded Multicultural BRIDGE with Marta Bourdon in 2007, not only to teach English language classes, but to also educate the larger community on how to support people from various economic, cultural or religious backgrounds.

"At that time, there wasn't anyone doing cultural competence work in the community," she said.

Today, BRIDGE is a Massachusetts Supplier Diversity Program Provider, meaning that the organization is certified by the state to offer education in multicultural awareness, cultural competence and diversity training, and cultural and linguistic access.

VanSant is invested in the decadeslong debate in how Great Barrington should honor seminal civil rights activist, historian and writer W.E.B. Du Bois. "I think that the way people have framed him locally is unfortunate," she said. "They don't understand him or the context of his work."

A proposal to put a statue of the "The Souls of Black Folk" author on the library lawn is a controversial topic in Great Barrington. While town officials dither over who has the authority to greenlight such a project, residents argue in support of installing a memorial to a founding member of the NAACP, while others decry Du Bois for joining the Communist Party at age 93.

"I feel deeply connected to this area because Dr. Du Bois is from here," said VanSant, who attended Bard College at Simon's Rock on a Du Bois scholarship. "I feel like he was calling to me from the Berkshires."

To suggest someone for this column, email business@berkshireeagle.com.