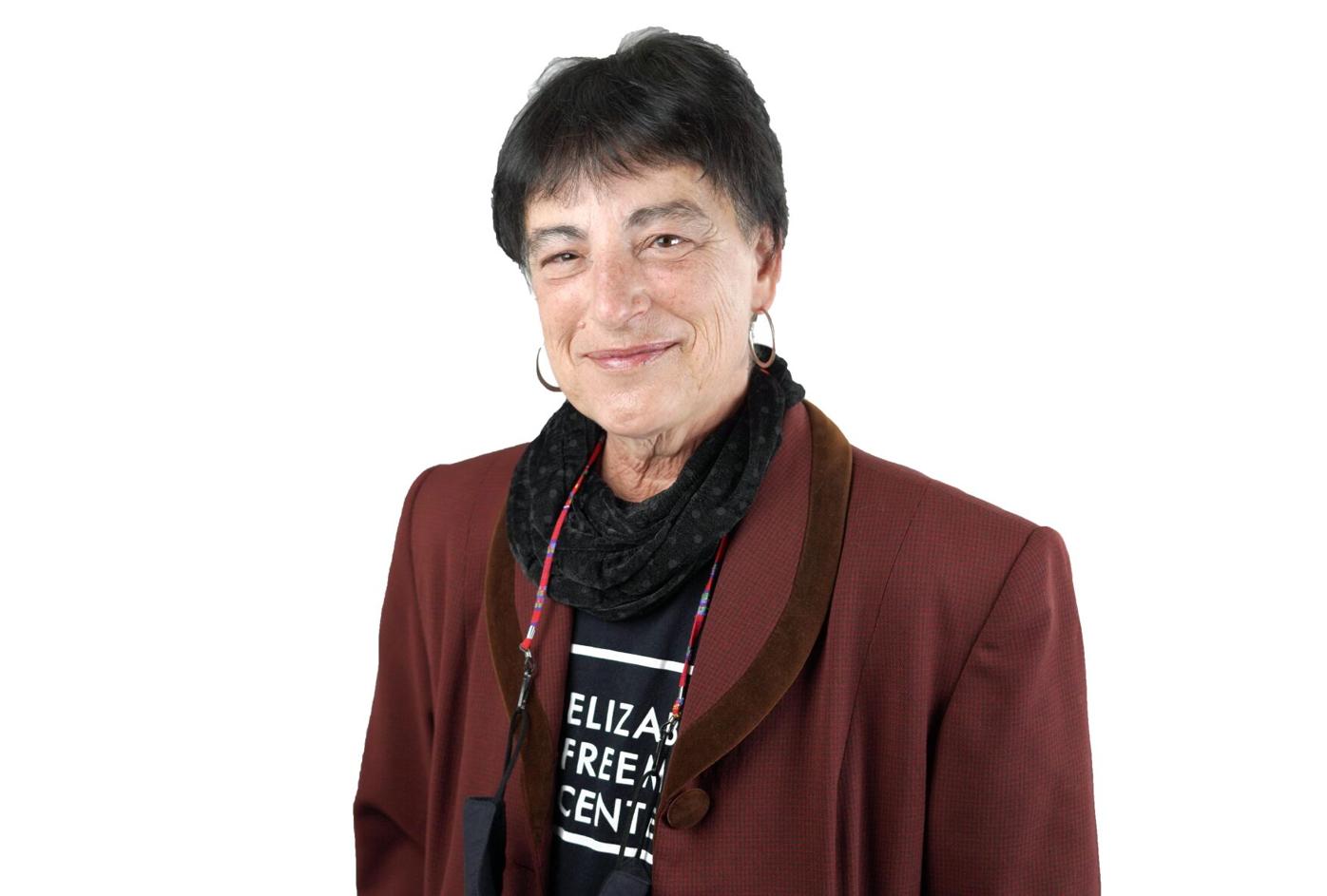 Janis Broderick, executive director of the Elizabeth Freeman Center in Pittsfield, says that calls to the nonprofit during the coronavirus pandemic started to escalate in May. "This is one of the things that we really tried to push through Walk-A-Mile, is that we're open and ready to help because, throughout COVID, there have been a lot of closed doors that are making access to support more difficult," she says. 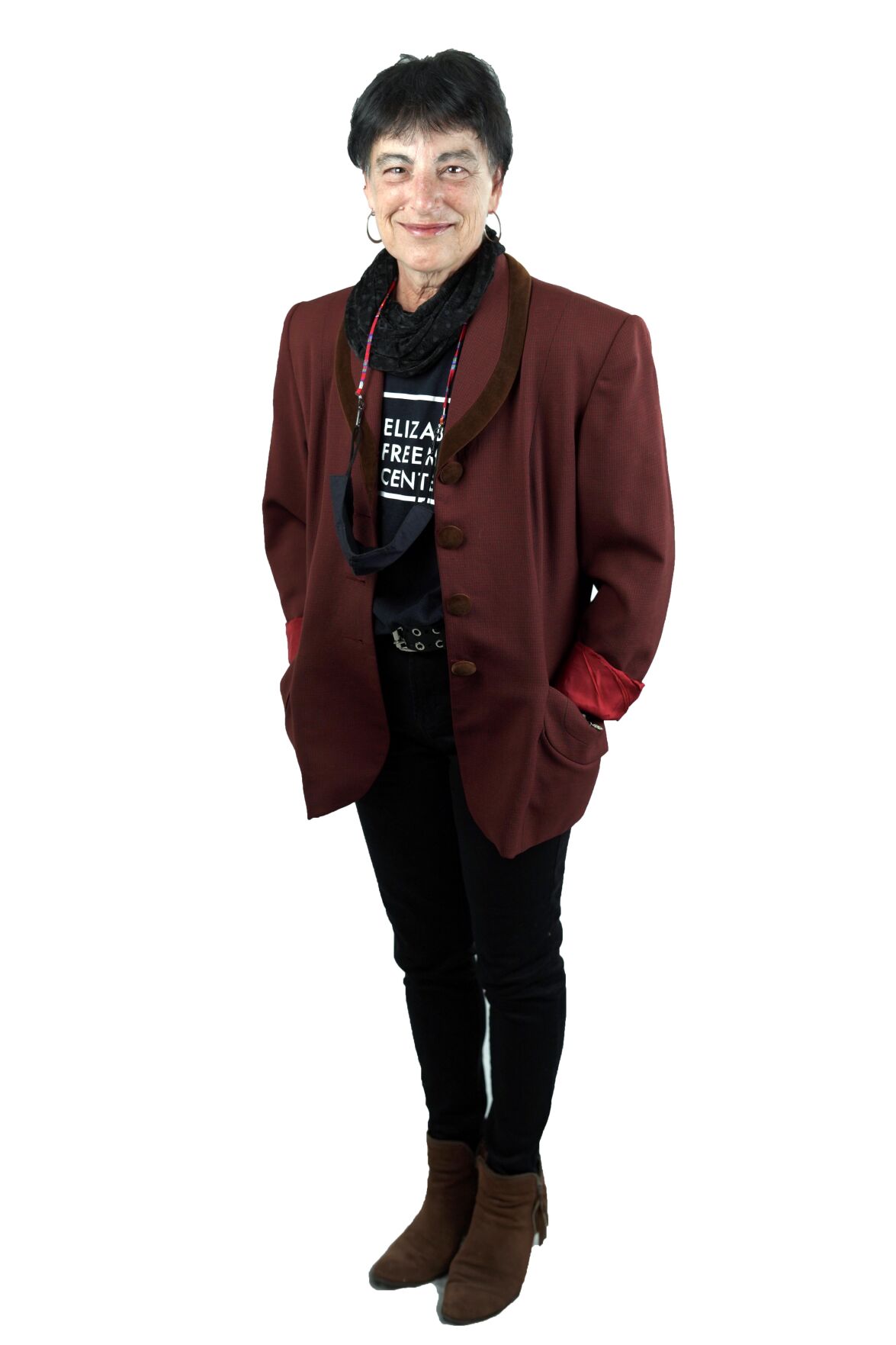 Janis Broderick, executive director of the Elizabeth Freeman Center in Pittsfield, says that calls to the nonprofit during the coronavirus pandemic started to escalate in May. “This is one of the things that we really tried to push through Walk-A-Mile, is that we’re open and ready to help because, throughout COVID, there have been a lot of closed doors that are making access to support more difficult,” she says.

Janis Broderick, executive director of the Elizabeth Freeman Center in Pittsfield, says that calls to the nonprofit during the coronavirus pandemic started to escalate in May. "This is one of the things that we really tried to push through Walk-A-Mile, is that we're open and ready to help because, throughout COVID, there have been a lot of closed doors that are making access to support more difficult," she says.

Janis Broderick, executive director of the Elizabeth Freeman Center in Pittsfield, says that calls to the nonprofit during the coronavirus pandemic started to escalate in May. “This is one of the things that we really tried to push through Walk-A-Mile, is that we’re open and ready to help because, throughout COVID, there have been a lot of closed doors that are making access to support more difficult,” she says.

PITTSFIELD — It’s not easy working with the survivors of domestic or sexual violence. It’s a topic that tends to be shrouded in secrecy, shame and stigma. Few care to admit that it happens. It takes courage to ask for help.

Janis Broderick knows all about this world. She is executive director of the Elizabeth Freeman Center, the Pittsfield-based nonprofit that provides free, accessible and confidential services to those who have been affected by either domestic or sexual violence.

Broderick has been involved with the Elizabeth Freeman Center, and its predecessors — the Women's Services Center and Rape Crisis Center — since coming to Pittsfield from her native Springfield in 1980.

We spoke to Broderick recently about how she became involved in working in this field, how her organization works to combat domestic violence and how prevalent it is in the Berkshires, particularly in the era of COVID-19.

Q: What drew you to this line of work?

A: These are issues for which I've been passionate for a very, very long time.

Q: What makes you so passionate about working with a topic that is so hard to deal with?

A: I grew up a girl, which is my earliest identity. I soon realized how girls and boys are treated differently. I did not accept it graciously. ...

I am a survivor of sexual assault during my college years. I also just really believe that we have a responsibility to make our world better and that there are a lot of inequities in this world. So, coming to the Elizabeth Freeman Center, I was working on issues that I've always been passionate in.

We do it in a way that fits my values, and I do it with people who are incredibly dedicated and great. We're in a community that really gets it and understands the power of collective action.

Working here for anyone is not easy. But, I think that it really is the commitment and dedication of everyone working here and with us that keeps us moving forward.

Q: Why is poverty always listed as a major cause of domestic and sexual violence?

A: Domestic violence can happen to anyone, regardless of your financial circumstances. But, when it hits, and particularly when you flee, most people become poor for at least a period of time.

There are disruptions in employment, disruptions in child care. If the abuser is providing any financial support, you lose that. A lot of times you won't get child support. Part of it has to do with the fact that people have to leave their jobs, if they have jobs, and people often have to turn to public assistance to get by. Public assistance is about 60 percent below the federal poverty level. It's not livable.

Q: So, poverty is more of a symptom of what happens because of domestic abuse than a root cause.

A: It's a combination. I would say that when you're in an abusive relationship, a lot of times an abuser will sabotage your work or education, and then when you leave an abusive situation, you're kind of starting over.

A lot of times you have to move away, go into hiding, to be safe. Other times you're just in disarray. Hand in hand with domestic violence and sexual assault is the kind of trauma that you get from that. This is not a one-time event, generally. This is something that has happened for years. ... Your sense of self is eroded. ... It takes awhile to build back from that. ... People do build back, though. There is a future.

Q: Given the stigma and shame that accompany domestic violence, how do you get people who are extremely reluctant to talk about this in the Berkshires to open up about it?

A: I think there has been a growing awareness throughout Berkshire County about how prevalent these issues are in our community. ...

Domestic and sexual violence usually happen behind closed doors, in private, in homes. These are very intimate crimes. We can help erase the shame felt by victims if we, as a culture, stop asking questions like, "Why didn't she leave?" or "Why was she there or wearing those clothes?"

These are questions that blame the victim. Our first reaction should instead be to ask why the perpetrator of the crime hurt or raped. We need to hold the perpetrator accountable for those actions. No one deserves to be abused.

A: Studies do show that violence is more severe or chronic in rural communities rather than in suburban or urban communities. ... We've had 11 murders since 2016, from Clarksburg to Sheffield, and domestic violence was involved in all of them. ... Our rate of protection orders has been ranging from 28 percent to, now, 33 percent above the state average. ...

Even the FBI reports that, with Berkshire communities, pretty much consistently that one out of four of them are among the top towns in Massachusetts that have reported rape. ...

We have a project with the Pittsfield Police Department and we get almost a thousand referrals from them every year related to domestic violence. ... Sometimes, people think the Berkshires are so beautiful that those things don't happen here, but they do.

Q: Have we seen an increase in domestic violence here due to the restrictions put in place by COVID-19, or is it about the same?

A: In March and April we saw a real decrease in calls coming in. ... But, then, in May it was like a dam broke.

We've been getting a lot of calls that are different. The calls are more desperate and the violence is more extreme. It really does seem as though victims are waiting until they can't stand it any longer to reach out.

We've been working really hard to get the message out there. ... This is one of the things that we really tried to push through Walk-A-Mile, is that we're open and ready to help because, throughout COVID, there have been a lot of closed doors that are making access to support more difficult.

Q: Does the Elizabeth Freeman Center also have programs for men who are dealing with domestic violence?

A: Obviously, the way our culture is, women make up the majority of our survivors, so we have more women that we deal with, but we deal with everyone. ...

have a harder time accessing services that are responsive for their needs.

Q: What are the most rewarding and frustrating parts of your job?

A: Wow, that's hard. I think I am always inspired by the people who come to us. I also have an incredible admiration for people who are surviving this, but when we see them, they are reaching out for help. ...

The most frustrating part is just not having enough good options to offer people in terms of helping them stay safe or have a decent life. ...

Also, I have been here at EFC for 12 years and have heard so many stories, and still I am continuously amazed at how brutal people can be to others, particularly to those they say they love.

Q: This is obviously a high-stress job that's very emotional. So, how do you get away from it? What do you do to relax?

A: Hmm ... I think we all deal with the stress by relying on each other for support. ... It's kind of all-consuming work, and there's always more to do. We have a dedicated staff and a great board that's very active. ... We're always kind of pushing forward.

Mission: Provides services for survivors of domestic and sexual violence and their families.