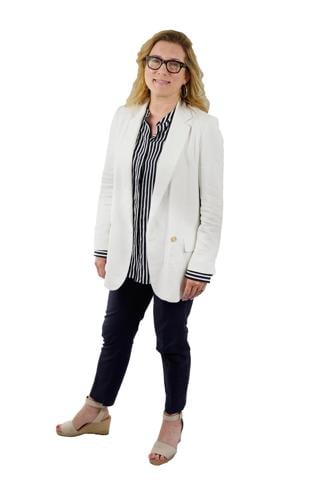 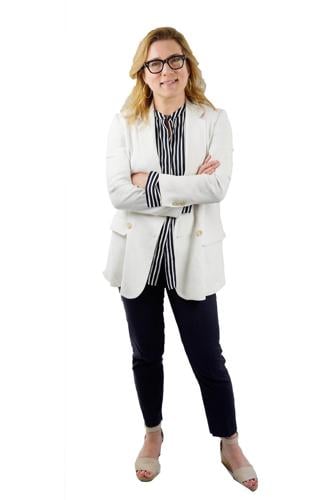 It might seem odd now, but in 1968 The Red Lion Inn was struggling so much that there was talk of replacing it with a gas station.

That's when late Berkshire benefactors Jack and Jane Fitzpatrick stepped in to restore one of the Berkshire's most iconic lodging establishments.

The Red Lion is still operated by the Fitzpatrick family, which marked the 50th anniversary of its ownership in May. Third-generation family member Sarah Eustis, step-daughter of Nancy Fitzpatrick — Jack and Jane's daughter — currently serves as CEO of Main Street Hospitality Group (MSHG) in Stockbridge, which runs the Red Lion and several other well-known Berkshire lodging establishments.

Eustis, who spent over 20 years as an executive with retail brands that include Ralph Lauren and The Gap, returned to the Red Lion in 2012. She became became CEO of Main Street Hospitality Group when it was formed in 2013.

A part owner of Main Street, Eustis is charged with overseeing all aspects of the firm's strategic direction and development.

We spoke with her recently about growing up in the lodging industry and her family's rich legacy in the Berkshires.

Q Your bio on Main Street Hospitality's website states that you worked at the Red Lion Inn in the 1980s. Was that your first job?

A It was my first job. In 1983, I started as a housekeeper when we were called candy stripers and wore red-and-white-striped pinafores. I cleaned the third floor with my best friend, Eva Sheridan, who is now my head of HR.

A I loved it. You don't know it at the time when you're 14, but looking back on it you realize how work is so important in the fundamental sense: Showing up on time, doing what you're responsible for and doing it well, working as a team. ... I was happy to have some spending money and made lifelong friends, and it has given me an appreciation for the hardest job in the hospitality business.

Q The Fitzpatrick family has left quite a legacy in the Berkshires. They're well-known in the lodging industry having saved The Red Lion Inn. Do you feel as though you're upholding the legacy and is there any pressure in doing so?

A The family has always been incredibly welcoming to me and my brothers. They folded us right in, whether my father, David, and Nancy were married or not, nobody seemed to care. And there was never any obligation to join the business.

A Nancy formed a third-generation family board about 25 years ago, very intentionally and very informally, that includes me and my three brothers. We've been meeting as a family about the business while Nancy was stewarding it for 25 years. Our rule of thumb is that there's got to be a job to be filled and you've got to have the resume to do it. No free rides.

Q Main Street Hospitality operates several lodging establishments in the Berkshires, and recently became involved in projects in both Newport, R.I., and Springfield. Are you going to keep expanding outside the county, or stay within the Berkshires?

A A little of both. Our aim is to continue to grow in a reasonable, thoughtful pace as we strengthen our operations and infrastructure which is every day, every week and every month. The exposure that Newport has given us means the phone's ringing, which is great. So many opportunities are presenting themselves, so we're able to look at management opportunities.

Q How have sites like Airbnb affected the lodging industry in general and Main Street in particular?

A We decided from the very beginning to try and leverage it to the best of our ability and use it to our advantage. We use the platform to list some of our guest cottages, to list some of our rooms. It's become a booking agent almost like Expedia in a lot of ways.

Q You majored in fine art and art history at Smith College in Northampton, graduating in 1990. Yet, you spent the beginning of your career as an executive in the retail industry. How does a fine arts major end up in retail?

A I guess I always had a love of clothing, textiles and fashion design. I considered going to design school, but through the process I felt that Smith could be a better well-rounded experience. I asked my adviser (at Smith) if I could take fashion merchandising classes at UMass Amherst and apply them. She said that's very nice, but no. It was too vocational for Smith.

A There's not a lot of difference. ... The bones of the businesses are very similar. In retail you develop an identity and a brand. Then you create products that are a good quality price for what they are, you display them in an environment that is pleasing and welcoming where you want people to come and stay. Then you provide service, you smile at them when they shop, and you provide hospitality that puts them at ease and makes them feel good about spending their money with you instead of with someone else. Then you do it again, and you do it again, and you do it again.

Q So why did you decide to join the family business?

A When Jack [Fitzpatrick] died in 2010, I was sitting with Nancy and Jane and our clan at Ozawa Hall and, at the risk of sounding like I'm in outer space, I had a very strong vision of the future, literally, in that moment, which is that someone in our generation needs to step up here.

I was living in Paris at the time. I thought not only are we running this hotel, but there's material here that needs to be cultivated and continuity and not because of any public pretentious facing aspect. ... It was kind of a flash of responsibility. Do I stay in Paris? Do I move back to New York City? Do I keep that engine running and racing up to the Berkshires on weekends? Or do we take our resources and reinvest them here? And we decided to do the latter. And I haven't looked back since.

A We're going to just do the best we can, and try to have a good time, as Jack Fitzpatrick would say.