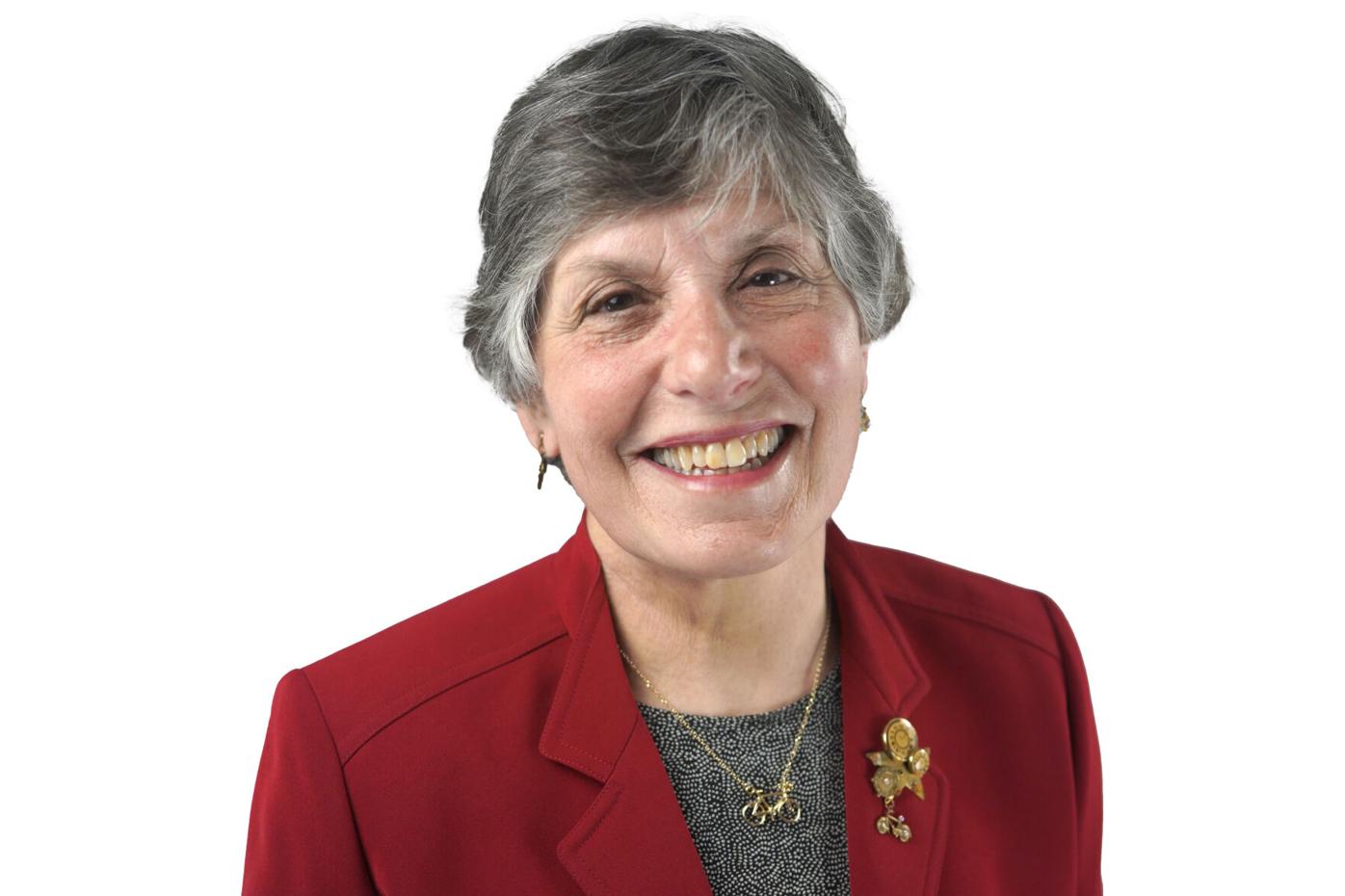 "I like biking," says Marge Cohan, president of the Berkshire Bike Path Council. "I'm a big believer from way back in outdoor education and outdoor activities and physical activities and how that helps people's mental health and physical health. It's always been part of my lifestyle. I think the bike path extends that to so many more people who wouldn't be walking or biking or running if the trail wasn't there." 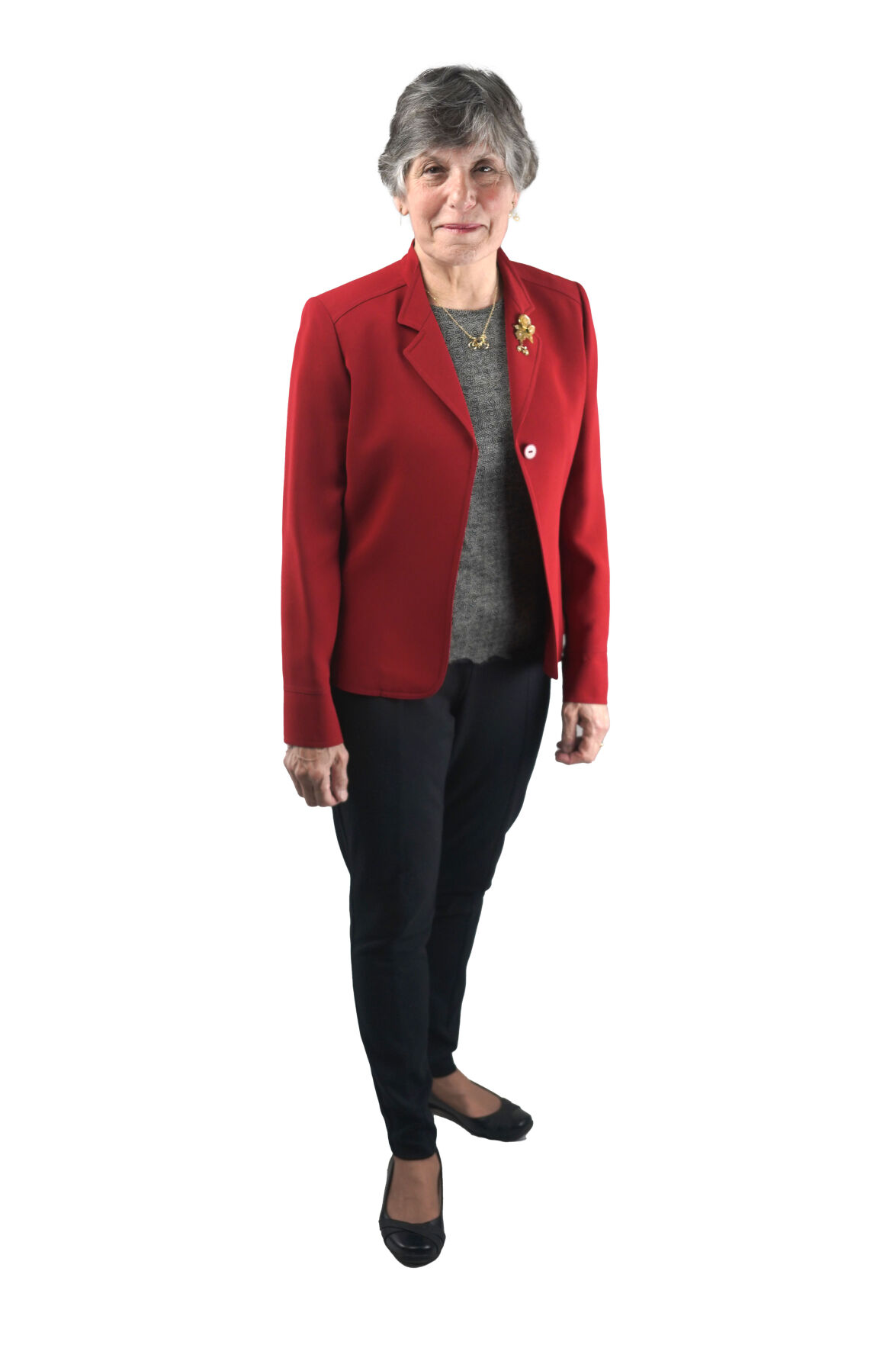 “I like biking,” says Marge Cohan, president of the Berkshire Bike Path Council. “I’m a big believer from way back in outdoor education and outdoor activities and physical activities and how that helps people’s mental health and physical health. It’s always been part of my lifestyle. I think the bike path extends that to so many more people who wouldn’t be walking or biking or running if the trail wasn’t there.”

"I like biking," says Marge Cohan, president of the Berkshire Bike Path Council. "I'm a big believer from way back in outdoor education and outdoor activities and physical activities and how that helps people's mental health and physical health. It's always been part of my lifestyle. I think the bike path extends that to so many more people who wouldn't be walking or biking or running if the trail wasn't there."

“I like biking,” says Marge Cohan, president of the Berkshire Bike Path Council. “I’m a big believer from way back in outdoor education and outdoor activities and physical activities and how that helps people’s mental health and physical health. It’s always been part of my lifestyle. I think the bike path extends that to so many more people who wouldn’t be walking or biking or running if the trail wasn’t there.”

PITTSFIELD — Marge Cohan retired 15 years ago, after a long career working in mental health services, but she doesn't sit still.

Cohan, a high school athlete while growing up on Long Island in New York, often can be found outdoors, cycling, canoeing or participating in a related activity.

Cohan is president of the Berkshire Bike Path Council, an organization founded 22 years ago that promotes the development of bicycle facilities throughout Berkshire County.

Location: The council does not have a physical location

Mission: The council advocates for a 75-mile recreational trail the entire length of Berkshire County by using railway corridors and off-road bike paths, where possible, along with on-road bike lanes. The main spine is intended to serve as the center for secondary connections.

In particular, the bike path council has been associated with the development of the 12.7-mile Ashuwillticook Rail Trail, a recreational trail located atop a former railroad corridor that runs from the Berkshire Mall in Lanesborough to the center of Adams. The council long has advocated for the development of a recreational trail that would run the entire length of Berkshire County, from Vermont to Connecticut.

We talked to the Pittsfield resident recently about her tenure on the bike path council, efforts to extend the county's bicycle trail farther, and why she still likes to ride her bike.

Q: How did you get involved with the Berkshire Bike Path Council?

A: Twenty two years ago, [former] state Rep. Chris Hodgkins got an allocation of money from DCR [the Department of Conservation and Recreation] to work on the bike path. Allison Lassoe [of the DCR] had this meeting, and maybe 20 people were there. They said they just needed someone to call the meeting to order and keep saying, "Bike path, bike path." And I thought I could do that.

And so, 22 years later, I'm still saying the same thing, "Bike path, bike path." I think I fell into it.

I think the bike path extends that to so many more people who wouldn't be walking or biking or running if the trail wasn't there. It was compatible with what I believe and what I think is great for this community.

Q: So, what's the council's role in promoting a Berkshire bike path?

A: When we developed the Berkshire Bike Path Council, we never saw ourselves as building the bike path. We saw ourselves as advocating for it and as developing a constituency that would want to help make it happen. And I think we did that.

Because I had the experience of working for a countywide agency [Cohan was the director of Northern Berkshire Mental Health before it merged with The Brien Center], it was easy for me to develop a countywide representation in an organization. At that point, people weren't thinking countywide. There's much more of that now. There were islands here.

Q: The original plan was to build a bike path in the Berkshires from Vermont to Connecticut. Is that still the plan, or has that changed?

A: I think that that is still one of the objectives.

About three years ago, we hired a consultant to re-envision what we were doing because we felt like biking has developed in so many different ways and we really wanted to advocate for safe biking and all kinds of biking activities.

So, we kind of expanded our mission, and we realized we needed routes to the bike path. ...  I think there will eventually be a continuous trail. I really hope for that.

Q: How has the bike path council's mission changed?

A: Initially, we worked only with the towns that were on our main spine [a proposed route for a countywide bike path]. We didn't work with spurs. ... Spurs are routes that would take you from the trails to somewhere else that you want to get to. ...

But, I think there is still activity in every community that is trying to make [a countywide bike path] happen. Bennington [Vermont] has a big plan to get to Pownal, and Williamstown has a plan to connect to North Adams ... and then Pittsfield has to get to Lenox.

Q: Getting the bike path through Pittsfield always seems to be the sticking point. What's new on that front?

A: I think there is a lot of new energy, so, I believe they will get through Pittsfield. There's Ricardo Morales and C.J. Hoss [both city officials], and all the people who are working on an on-road bike plan for the whole city.

So, I think people may have to be on the road to get through the city, but there are safe ways to make that happen.

Q: So, do you see the Pittsfield portion as a mix of extending the existing bike trail and riding on the roads?

A: I think both things are going to happen, and I think you need both things. I think the population that uses the bike path is different than a commuter or a through long rider. They're all different people. ... We need to support all of those things. ...

I think what the city wanted to do was one thing at a time, in order. But, I think what we have learned is, you do whatever piece you can do and it connects. ... Construction has started from the mall to Crane Avenue. ... I know right now that they have the funding to make it a little longer from Crane Avenue to Merrill Road. ...

There's ways to get a path through the city. If you want it to happen, you can make it happen. ... I think the fact there's a shovel in the ground in Pittsfield and Williamstown is pretty good.

Q: What are the plans to bring the bike path below Pittsfield?

A: Lenox has been working and has preliminary feasibility studies. I think [town planner] Gwen Miller has been a big asset there. ... I think a lot of why we supported spurs was because people want to get to destinations like Tanglewood, so, I think that's what Lenox is focused on. ...

Stockbridge has a great committee, but they have a very frustrating Select Board. And Great Barrington has a great planner. He's trying to work on [the village] of Housatonic and get something to happen. Each town now has strong advocates and committees.

There's a guy who's working on a spur from Egremont to Great Barrington with a good committee. I don't think it's a straight line yet, but it's happening in every place.

Q: Why are outdoor activities so important to you?

A: I was a high school athlete [in Lawrence, N.Y.]. ... What sport didn't I play in high school?  Tennis was a big thing for me. I ran track. I played, believe it or not at my height, basketball and volleyball. ...

I was a P.E. major when I started college [SUNY-Cortland], then I transferred to therapeutic recreation. ... I had never heard of therapeutic recreation. ... I primarily worked in psychiatric hospitals doing activity therapy. Then I went to graduate school [New York University], but I started working with adolescent girls, and they're not easy. ... Those were the days when people were carving The Beatles' names into their arms. ... Then I came to the Berkshires. I've been here 40 years.

Q: How did you end up here?

A: I started Meridien Associates [which later was incorporated into Berkshire Mental Health], and I came at a point when they were taking patients out of Northampton State Hospital. ... I had come to the Berkshires and decided I wanted out of the city. When I got here, my mother thought I was totally nuts because I had this nice-paying job, and there was nothing. I started from nothing.

Q: Do you still ride your bike a lot?

A: I ride, easy, 25 to 30 mile rides on the roads. ... What I like is what I like about all sports — it's peaceful, active, focused activity. I like riding with my friends and I don't think of all the other troubles in the world. I think about, "Should we go left or go over there?"