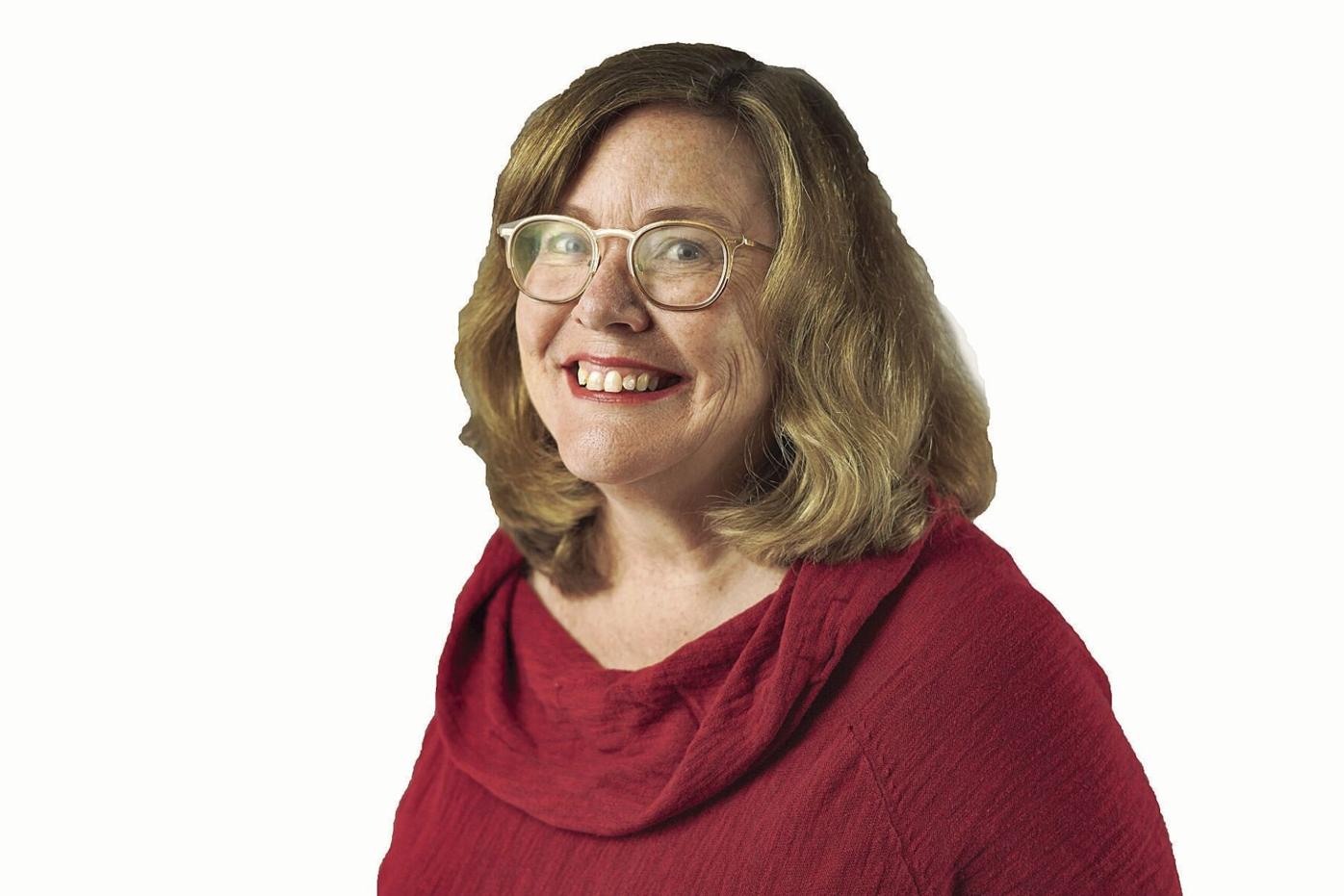 For Megan Whilden, executive director of the Osher Lifelong Learning Institute at Berkshire Community College, the ability to allow people to push boundaries and explore new avenues is exciting. "Everybody has something to offer to the world," she says, "so, to be able to help facilitate that, to me, is joyful." 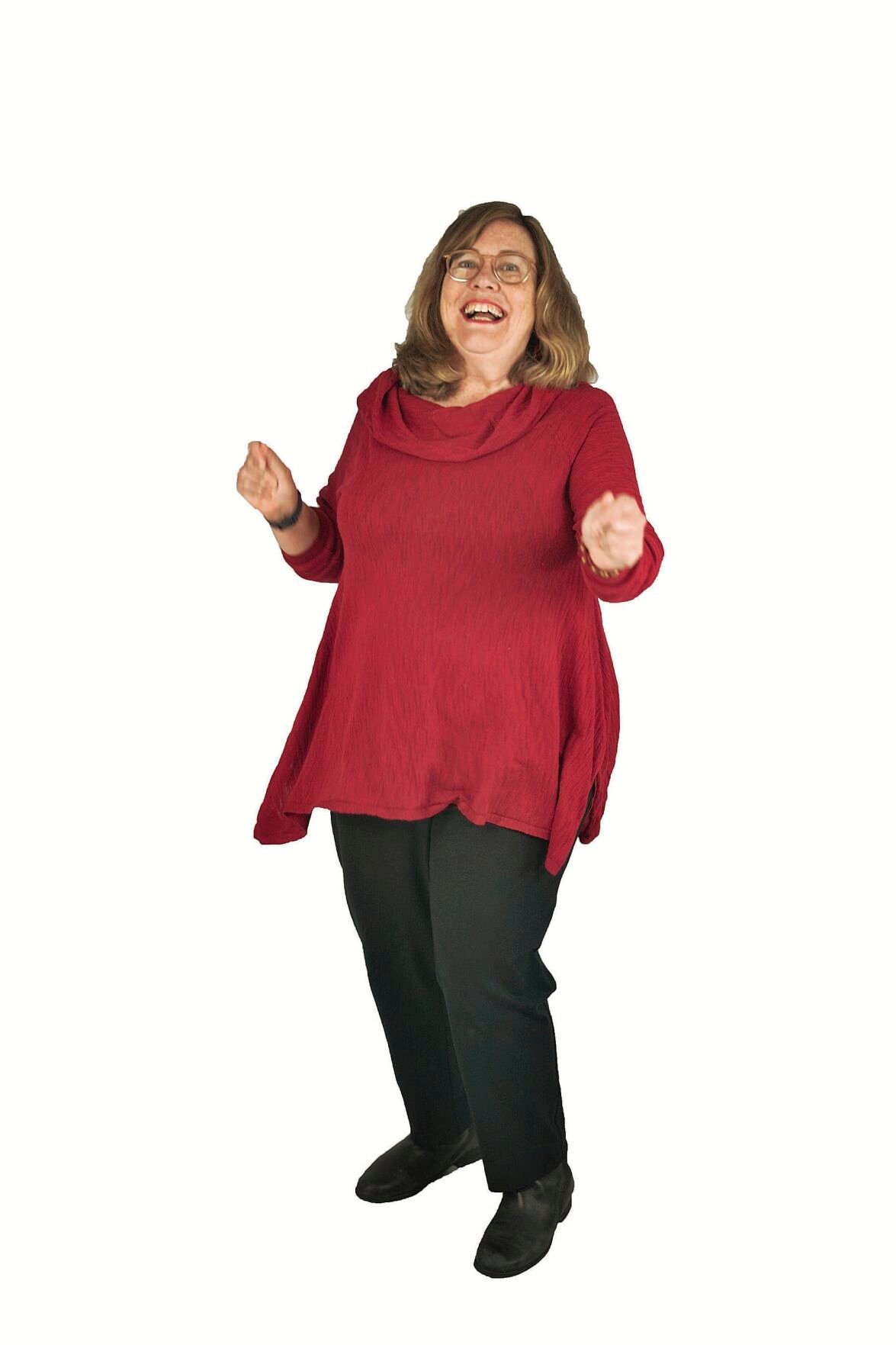 For Megan Whilden, executive director of the Osher Lifelong Learning Institute at Berkshire Community College, the ability to allow people to push boundaries and explore new avenues is exciting. “Everybody has something to offer to the world,” she says, “so, to be able to help facilitate that, to me, is joyful.”

For Megan Whilden, executive director of the Osher Lifelong Learning Institute at Berkshire Community College, the ability to allow people to push boundaries and explore new avenues is exciting. "Everybody has something to offer to the world," she says, "so, to be able to help facilitate that, to me, is joyful."

For Megan Whilden, executive director of the Osher Lifelong Learning Institute at Berkshire Community College, the ability to allow people to push boundaries and explore new avenues is exciting. “Everybody has something to offer to the world,” she says, “so, to be able to help facilitate that, to me, is joyful.”

She has lived in the Berkshires, another place with awesome scenery, for 20 years. And she has been known for coming up with some out-of-the box ideas. Case in point: Third Thursdays, Pittsfield's popular monthly downtown street festival, an idea that many thought wouldn't work when it debuted 14 years ago.

Whilden, the first cultural development director in Pittsfield's history, is the executive director of the Osher Lifelong Learning Institute at Berkshire Community College, a program with a curriculum geared toward older adults. Last spring, she took another chance with OLLI that paid off: Converting the senior citizens who attended OLLI's in-person classes and discussions to technology buffs who now can access those program through the Zoom platform.

Founded: Berkshire OLLI was formed in 2007, when the Berkshire Institute of Lifelong Learning received a grant from the Bernard Osher Foundation in San Francisco. BILL was founded as a volunteer-run organization at Berkshire Community College in 1994.

Mission: Learning opportunities for mature adults (the curriculum is geared for those older than 50). Activities include classes, trips, special events, special interest groups and lectures.

We spoke with Whilden recently about her accomplishments, how she came to the Berkshires, why she likes it here, and her ties to California.

Q: Why did you leave working for the city to take the job with OLLI in 2014?

A: I actually had kind of a crush on OLLI when I worked for the city of Pittsfield.

They were some of the first folks who visited me after I started in my position as director of cultural development, and I was just so impressed with what they did and the great way they did it. I actually led a tour of downtown Pittsfield's cultural sector for OLLI in my early years there.

So, after 10 years with the city, that position opened and I just thought it sounded really fun. ... People were very surprised when I made that move. They were like, "What?" But, to me, [her former job and current job] were very similar.

Q: How are they similar?

A: When I worked for the city of Pittsfield, my focus was on the grassroots artists and arts organizations. The bigger ones had more staff than I did. They were OK on their own. Not that we didn't support them, but to really grow and nurture new creative ideas, those programs are the most wonderful things you can do. I did that for the city of Pittsfield, and I feel I continue to do that with OLLI.

Q: Why is that so exciting and appealing to you?

A: Because it gives people urgency to push their boundaries and try something new and share what is unique and special about them with others, whether it's teaching a class on birds or whatever it might be. Everybody has something to offer to the world, so, to be able to help facilitate that, to me, is joyful.

Q: You majored in international studies at San Francisco State (University). Did you plan on doing what you're doing now when you got out of college?

A: I wasn't necessarily looking for a career in that. I was one of those people who did different things and traveled a lot in their 20s and didn't really settle down into something until later. I'm not sure if I have yet, actually.

Q: So, what were you thinking when you got out of college?

A: I don't know. I'm not sure, but I remember when I was in high school my goal was to manage a punk rock band. Because I had no musical ability so I thought you could, you know, be the manager.

So, it's a straight-through thread to working for the city and working for OLLI. It's working behind the scenes to lift up the creative output of others for the benefit of the community.

Q: How did you come to the Berkshires?

A: I was living in New York City for a couple of years and I moved to the Berkshires with a boyfriend who got a job here and then we broke up and I stayed. That's the really short version.

Q: Cultural development director was a newly created position in the city of Pittsfield when you took it in 2004. What did you think it was going to be?

A: I thought it was a great opportunity for all things creative, and a cultivator of all things creative and someone who brought people together so that the artists and the creative people understood what the larger community was doing and needed and wanted and vice versa. ...

My motto was, the arts are for everyone. I never wanted to present it as something on a pedestal and you're not good enough to enjoy it kind of thing. So, we always tried to make the arts as accessible as possible.

Q: You were cultural development director when you thought up Third Thursdays. How did that come about?

A: To be completely honest, similar things were being done in other communities. I think there was a similar event in New Bedford. Matt Kerwood [then a city councilor] had gone to it and said, "We should do something like this," and I thought, "Yeah, that would be great."

Q: What did other people think?

A: I remember bringing it to [then-] Mayor [James] Ruberto. I said, "I feel it's time to do this, and that this is what we need to do next." And he looked at me and said something like, "l don't think so. I don't see it, Megan, but if you think so, then go ahead, go for it." He was always very supportive of every crazy idea that I had.

Then I went to a funder. It was actually John Bissell at Greylock Federal Credit Union, and I said, "We want to do this street festival on North Street and bring people in," and he's like, "I don't see how that's going to work." Nobody thought it was going to work, but he said, "But we'll help fund it. Let's see what happens."

Q: As I remember, Third Thursdays was successful from the get-go.

A: The very first one, we had so many people come out. Two restaurants had people quit in the middle of their shifts because it was so busy. ...

I remember hearing a story about an elderly woman who was crying on the sidewalk. Somebody asked her, "What's wrong?" and she said, "I never thought I would see North Street crowded again." So, sometimes you just have to push through and trust your instincts. ...

Now that I think about it, in March, when we decided to make the switch to Zoom events [at OLLI], I wasn't even sure it was going to work. But, you just have to build on it and try it because if you find out it doesn't work, then you have that knowledge to build on something else.

Q: What are your goals for OLLI as we come out of COVID?

A: One thing we've found is that a lot of the members enjoy taking courses online. Some of them, I think, prefer it. ... So, I think that after COVID, we will probably have a mix of in-person and online classes.

We're looking to have some classes that would have that option ... which is wonderful for several reasons. One is that we have members that, as they have grown older, it's not as easy for them to get out. ... The other thing is that, before COVID, we were growing so much that we were having trouble finding classrooms that were big enough for our students.

Q: Is there more to the Megan Whilden career path, or does it end here?

A: Number one, I love what I do, and number two, I feel very fortunate to have this job. I love all the interactions and collaborations, so, I have no plans to leave. ... If I retire, I can't afford to move back to my hometown, that's the bottom line. When you tell people you're from California, they ask, "Why are you here?"

Q: Do you still have relatives out west?

A: I have my mom and brother in California. I have a sister who lives in New York. ...

My mother [Kathy] was a social worker who retired and became a Zen Buddhist priest — that's California for you — and now she teaches for OLLI. She does creative writing. They just sit outside in various locations, write and share their writing with each other.