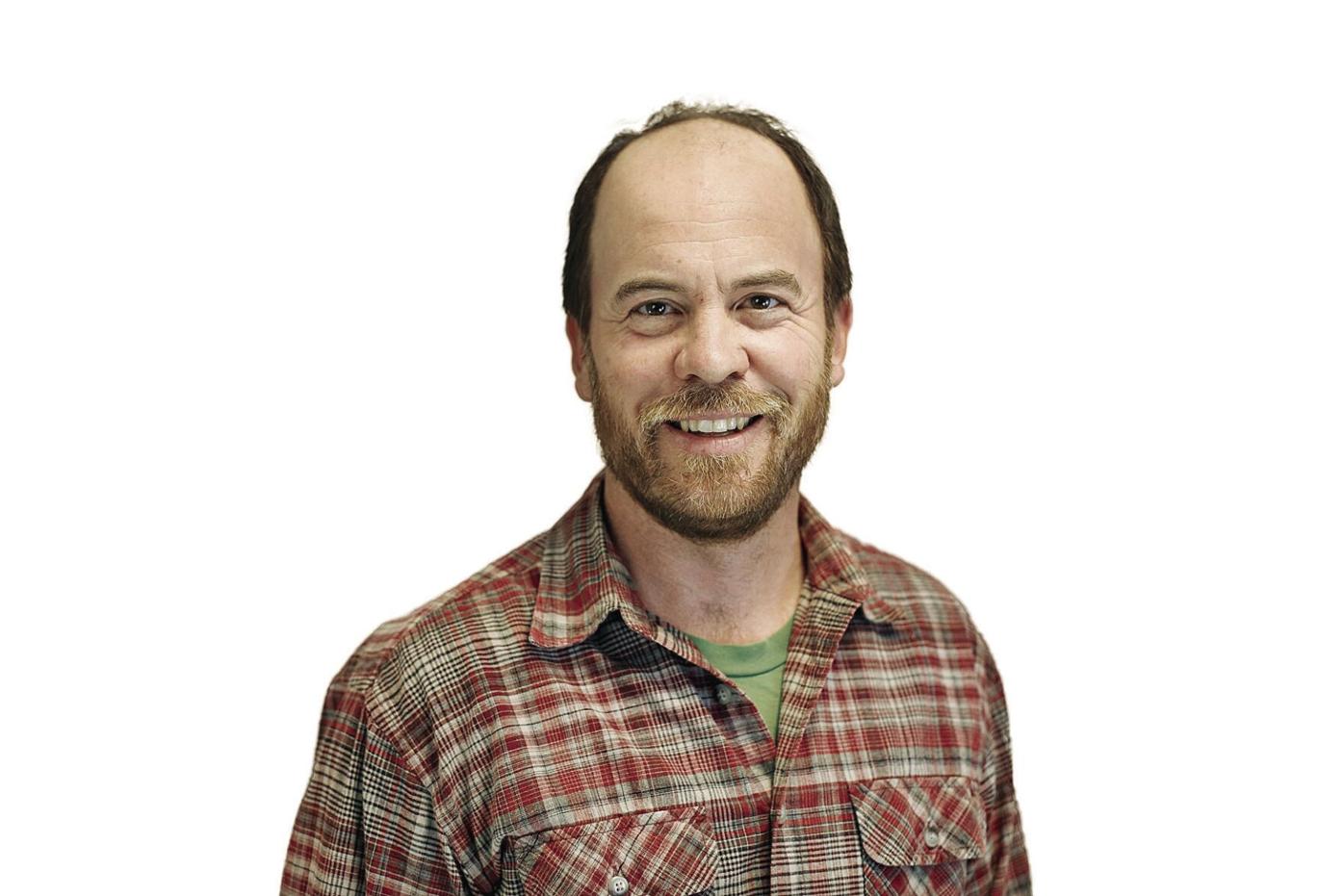 Will Conklin, executive director of Greenagers, is optimistic about what youths get out of the South County-based environmental youth organization he founded in 2007. "Honestly, I hope what they get out of it is that they learn the skills to communicate with people that are different than they are, that they are able to tackle problems in a productive way." 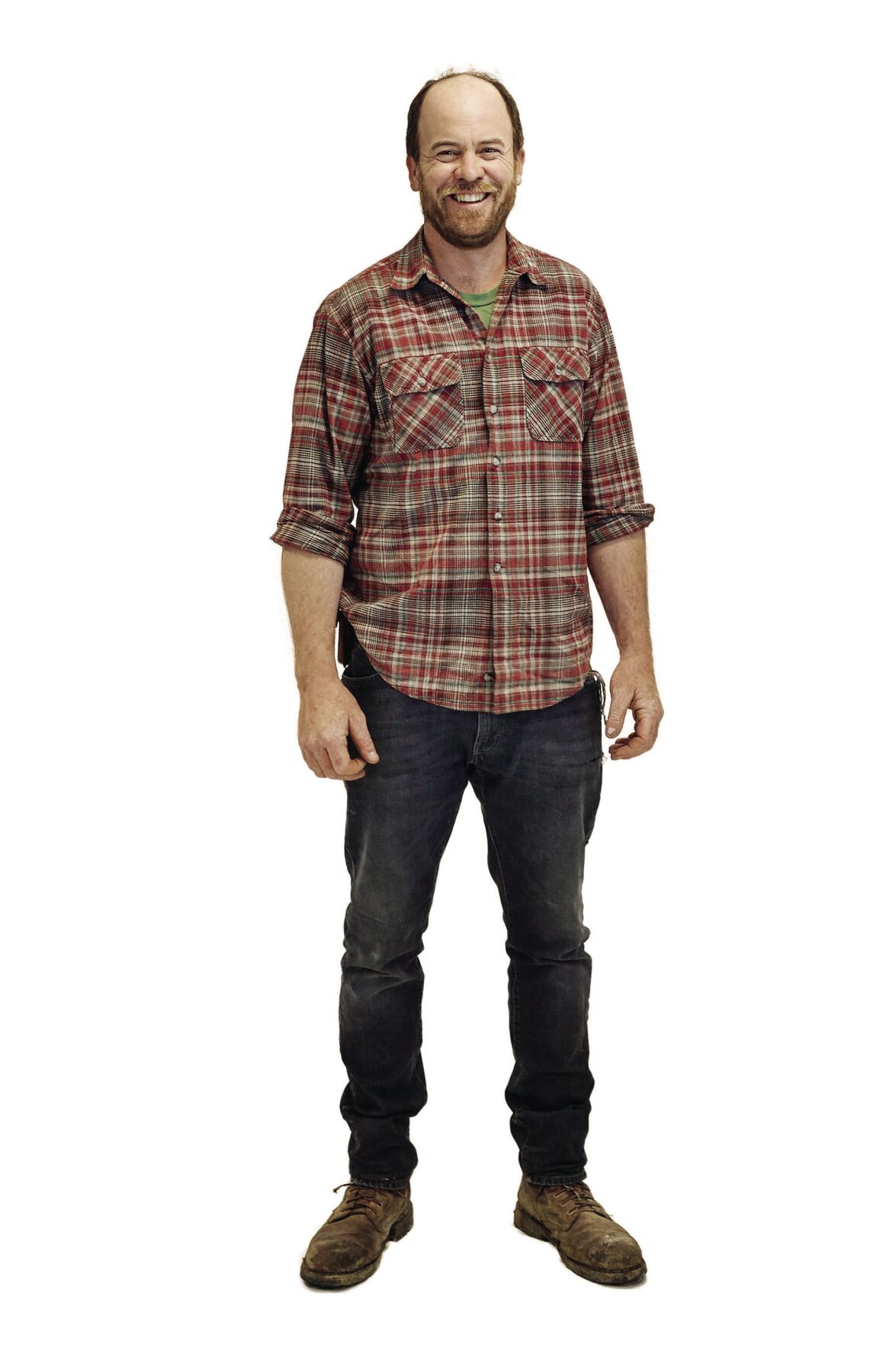 Will Conklin, executive director of Greenagers, is optimistic about what youths get out of the South County-based environmental youth organization he founded in 2007. “Honestly, I hope what they get out of it is that they learn the skills to communicate with people that are different than they are, that they are able to tackle problems in a productive way.”

Will Conklin, executive director of Greenagers, is optimistic about what youths get out of the South County-based environmental youth organization he founded in 2007. "Honestly, I hope what they get out of it is that they learn the skills to communicate with people that are different than they are, that they are able to tackle problems in a productive way."

Will Conklin, executive director of Greenagers, is optimistic about what youths get out of the South County-based environmental youth organization he founded in 2007. “Honestly, I hope what they get out of it is that they learn the skills to communicate with people that are different than they are, that they are able to tackle problems in a productive way.”

PITTSFIELD — Many folks in the Berkshires are interested in providing job and life skills to young people, but Will Conklin has found a unique way of doing that.

Conklin is executive director of Greenagers, a South County-based environmental youth organization he founded in 2007, originally as a program of the Center for Peace Through Culture in Housatonic.

Founded: In 2007, as a program of the Center for Peace Through Culture. The nonprofit was incorporated in 2013.

Employees: Ten year-round; 60 to 70 during the summer.

Greenagers offers paid employment opportunities, internships and apprenticeships for people ages 15 to 24 in various community-oriented tasks, focused around conservation and sustainable agriculture, to provide them with the skills needed to work with each other and give them a feel for giving back to the community.

Conklin, the fourth-generation owner of Sky View Farm in Sheffield, spent three years leading youngsters on community service projects across the country for another local organization before founding Greenagers. His group also owns the 100-acre April Hill Education and Conservation Center in South Egremont, where most of their work is performed.

We talked with Conklin recently about the idea behind Greenagers, his background in community service and what it taught him about working with young people, and why he doesn't hike as much as he used to.

Q: What's the idea behind Greenagers, and how did you come up with it?

A: The idea is to get young people involved in conservation work and sustainable agriculture work and, by extension, the community at large.

I got involved in it after working with youth in a few different capacities, running youth programs around the country for Landmark Volunteers (an organization in Sheffield), which was service work-oriented, but outdoors, primarily, working on national parks and various other projects, which was very interesting work.

I came home, as it were, wanting to figure out ways to give opportunities for young people to live here, to work here, so they could feel invested in the community and have something proud of to look at and come back to and develop skills that would benefit them in their lives as workers [and] as citizens.

Q: Why do you believe it's so important for young people to learn all these things?

A: It's important for us as a society and as adults to provide these opportunities and build into our cultural fabric the notion that we need to be good stewards, number one, of the Earth. That cuts across both of the general areas that we work in conservation and sustainable agriculture.

Stewardship is a huge issue, and you can run with that to topics like food justice, go to climate change, go to skills development in the workforce ... it just really touches on anything.

The idea of having skills, of being competent and being connected to the Earth in your community, to my mind, [is] just foundational. If we are able to provide opportunities for youth to develop those skills, those empathies and those concerns, then I think we'll be better off.

Q: Did you participate in these kinds of activities while you were growing up?

A: No, there wasn't a program like this around when I was growing up. But, I will say, some of the formative experiences for me in middle school and high school were service-related, for sure.

And then I was what they call a nontraditional student. I didn't go right to college. I actually worked in the computer industry for a couple of years. Then I took a break from that and drove around the country visiting national parks for three months, so, I developed an interest in our national terrain. ...

While I was working my way through college (the University of Massachusetts-Amherst), I was working landscaping jobs, then tree jobs, and I became an arborist. So, the relationship of developing hard skills, along with the stewardship impulse, just mirrors the trajectory of my life.

Q: How did you get involved with Landmark Volunteers?

A: It was just kind of a local thing that I caught wind of and I decided to lead a crew for two-week stints. ... Over the course of it, I think I led five crews in varying places like outside of Acadia National Park, up in the Sawtooth Mountains in Idaho. I was out in the desert in southern Colorado. I was on a cattle ranch. They were pretty awesome gigs.

Q: What did you learn working there?

A: I learned that a group of teenagers can accomplish an impressive amount of work.

It still amazes me today when I go work with the crews and watch our crews work. Being a teenager isn't easy, but a lot of the stuff that makes it not easy kind of falls away during the work crew experience, where there's a common goal and everybody's kind of starting from the same point in terms of a skill-set level and what's asked of you is just very basic using your hands, using your body and using your mind. ...

All of the crap falls away, and people are able to create new pathways of conversation, new ways of dealing with their peers, that's really helpful to develop for social norms.

We ask them afterwards, 'Do you feel more connected to your peers or more connected to your community?' and almost to a person the reporting back is, 'Yeah.' ... When I was doing that work around the country, you would see the same thing. You see bonds develop between strangers so quickly in a way that, to be a little sappy about it, gives you a little faith in humanity.

Q: What do you hope these kids get out of the experience?

A: Honestly, I hope what they get out of it is that they learn the skills to communicate with people that are different than they are, that they are able to tackle problems in a productive way. ... If you enter the workforce and are willing to show up on time, be mentally prepared, problem solve and roll with the punches, it doesn't matter what you're going for, you're going to succeed.

Q: Why did you purchase the April Hill Education and Conservation Center?

A: The Appalachian Trail Conservancy decided to divest themselves of the property in 2017 (it formerly was known as the Kellogg Conservation Center). We applied to essentially become stewards of the property.

In the deed, it [states] that it had to stay in the hands of a nonprofit, so, we were fortunate to be selected and able to acquire the place, given the land values around here, for a nominal fee. Up until that point, we had a thriving youth organization and program, but we never had a home base. We had just been renting other spaces that were inevitably too small or we grew out of quickly because the organization was growing at the clip that it was.

If you had to dream up a place that was ideal for kids to work on conservation and sustainable agriculture, you couldn't think of a place that's better than this.

A: Well, I was before I got too darn busy. ... On that road trip visiting national parks, that's all we did. We would visit parks, camp and hike. I went with a couple of buddies. Maybe a year later, I took a solo trip, and again, it was find a beautiful place, take a hike, take a walk. ...

I still like to do it here and there, but having a farm and having a family will cut into that a little bit. ... Now that one of my daughters is getting old enough to ramble around, we'll probably be getting out more.