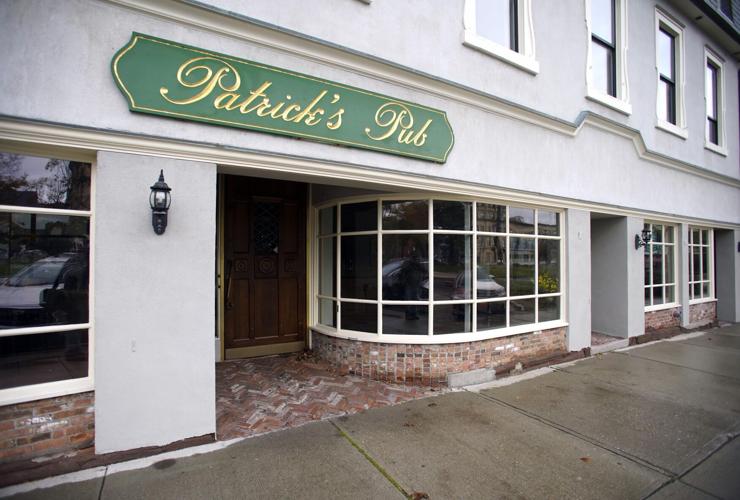 McNinch Restaurant Group, which runs the 101 Restaurant & Bar in the Holiday Inn & Suites in Pittsfield, has entered an agreement to purchase Patrick's Pub, one of the city's longest-running restaurants. 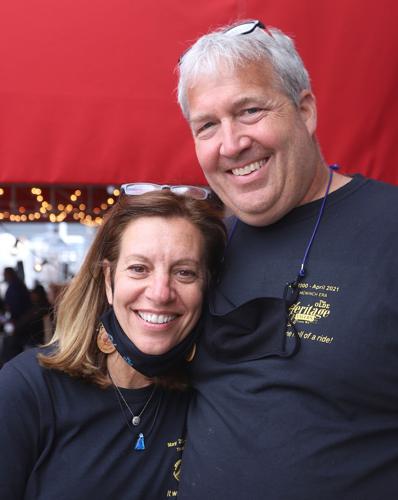 John McNinch and his wife, Jackie, celebrate last April during their final days at the Olde Heritage Tavern in Lenox. McNinch's company is preparing to purchase Patrick's Pub in Pittsfield.

PITTSFIELD — The former owner of the Olde Heritage Tavern in Lenox is poised to become the next proprietor of Patrick’s Pub on Bank Row.

John McNinch, the executive director of McNinch Restaurant Group of Lenox, told The Eagle on Thursday that his group is in negotiations to buy the popular pub, which has been a mainstay of downtown Pittsfield since 1985.

“That’s the plan,” said McNinch, who recently opened a restaurant in the Holiday Inn & Suites on West Street. “We’re trying to do it. We’re working through some hoops... . We’re moving forward.”

The Pittsfield Licensing Board has scheduled a hearing for Jan. 31 to consider the transfer of the pub’s all-alcohol seven-day restaurant license to McNinch Restaurant Group, according to a legal notice that was published Thursday in The Eagle. The board will also consider a change of manager, change of hours, and the transfer of Patrick’s sidewalk cafe license, according to the application.

The Powell family, which owns Patrick’s, and the McNinch group reached an agreement on the sale in November, according to Shana Powell, the pub’s business manager. Powell said the sale is contingent on the outcome of the Licensing Board’s hearing and the state’s approval of the board’s decision. In Massachusetts, liquor license transfers at the local level also have to be approved by the state’s Alcohol Beverages Control Commission.

McNinch’s group is waiting on the outcome of the Licensing Board hearing before going any further. The pub, which remains open for business, is currently listed at $289,000 by Stone House Properties.

“We’re just sitting on the liquor license,” he said. “We don’t see any hiccups in the road there.”

Like many Berkshire restaurants, Patrick’s struggled after the COVID-19 pandemic hit the Berkshires in March 2020. In April, Shana Powell told The Eagle that revenue had declined 50 percent over the preceding 12 months.

Patrick's Pub on the market as pandemic staffing challenges mount

The owners of Patrick's Pub in Pittsfield have decided to sell the popular eatery on Bank Row where they have been part of the ownership group for 20 years.

The pub’s owners, brothers David and Micah Powell, and their father, Bruce, who have been involved in the ownership of the restaurant for 20 years, put Patrick’s on the market in October. Back then, Shana Powell, who is Micah Powell’s wife, said a “lot of factors” went into the family’s decision, and that those reasons were probably accelerated by the fallout from the pandemic.

John McNinch said he had initially approached Shana Powell about purchasing Patrick’s before the family put the restaurant on the market, but that the two groups only came to an agreement after it was officially up for sale.

Powell said she believed a friend of a friend had reached out to McNinch to alert him that the pub was going to be put up for sale. McNinch then told Patrick’s owners that he and his son, Tucker, who is the restaurant group’s manager, were interested in buying the pub because they were looking to expand their restaurant group.

“Once we officially listed the business, John reached out again and we were able to broker a deal,” Powell said via email

“We are thrilled we were able to reach an agreement back in November with John and Tucker,” she said. “They are local people with experience as restaurateurs and the desire to grow a local business. We feel they are a perfect fit to carry on the traditions of Patrick’s Pub while adding their own personal flair and expertise.

“We truly feel that the restaurant and our Patrick’s Pub community will be in good hands!” she said.

McNinch, who owned the Olde Heritage Tavern for 21 years before selling it to Lenox restaurant entrepreneur Ryan Salame last April, said there were a number of reasons that made Patrick’s attractive. “[It’s] a great downtown location,” it does “great business,” and it has a “great following.”

“It’s certainly in our ballpark in the things that we’re comfortable with,” McNinch said, “having had the Heritage.”

It’s also close to 101 Restaurant & Bar on West Street, the McNinch group’s new eatery on the second floor of the Holiday Inn, formerly the Crowne Plaza.

McNinch Restaurant Group LLC incorporated in July, according to documents filed with the Secretary of State’s office, shortly before plans for the 101 Restaurant & Bar were announced.

Patrick’s Pub originally opened in February 1985 after then-owner/manager Dan Keegan spent $75,000 to renovate what had previously served as a dress shop. Keegan told The Eagle in 1985 that he named the restaurant Patrick’s Pub because that was the name of one of the best Irish pubs in New York City.

McNinch said his group doesn’t have any special changes in mind for Patrick’s Pub.

“We want Patrick’s to remain Patrick’s,” he said. “We’re not going to go in there and change the model that’s worked for so long. We’ll bring more of the Irish stuff that we had at the Heritage, but Patrick’s is a mainstay and we don’t want to rock that boat.”

The longtime owners of Patrick's Pub will be closing the popular Park Square eatery Tuesday, so it can be sold to the McNinch Restaurant Group, according to a post on the pub's Facebook page.