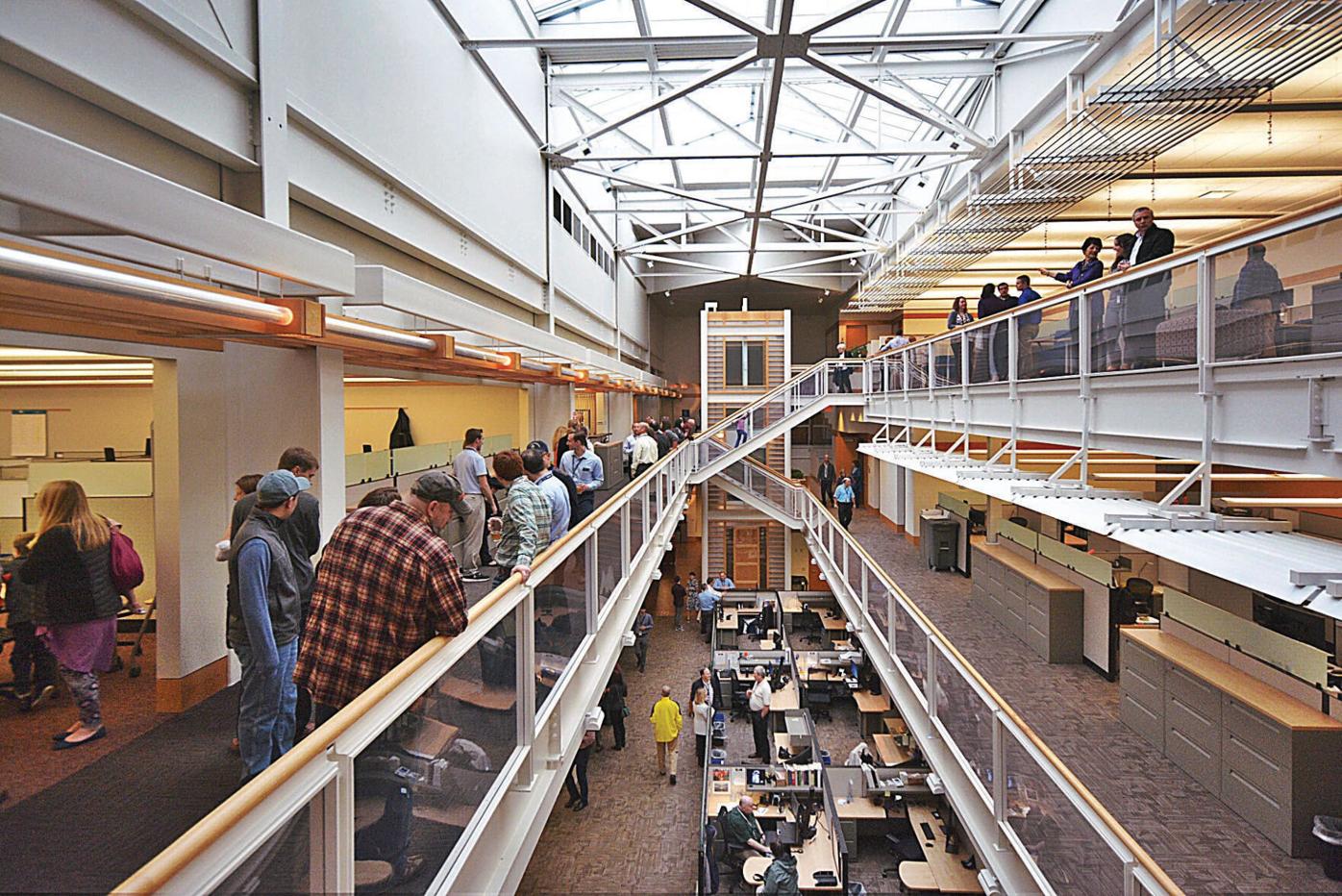 In the 1990s, post-Cold War uncertainty in the defense industry led to job losses in Berkshire County. But, in the two decades since the Sept. 11 attacks, changes in U.S. foreign policy have brought job growth to General Dynamics, which came to Pittsfield in 1997. With 1,800 total employees in Pittsfield and a payroll totaling $150 million, General Dynamics is Berkshire County’s largest for-profit employer. 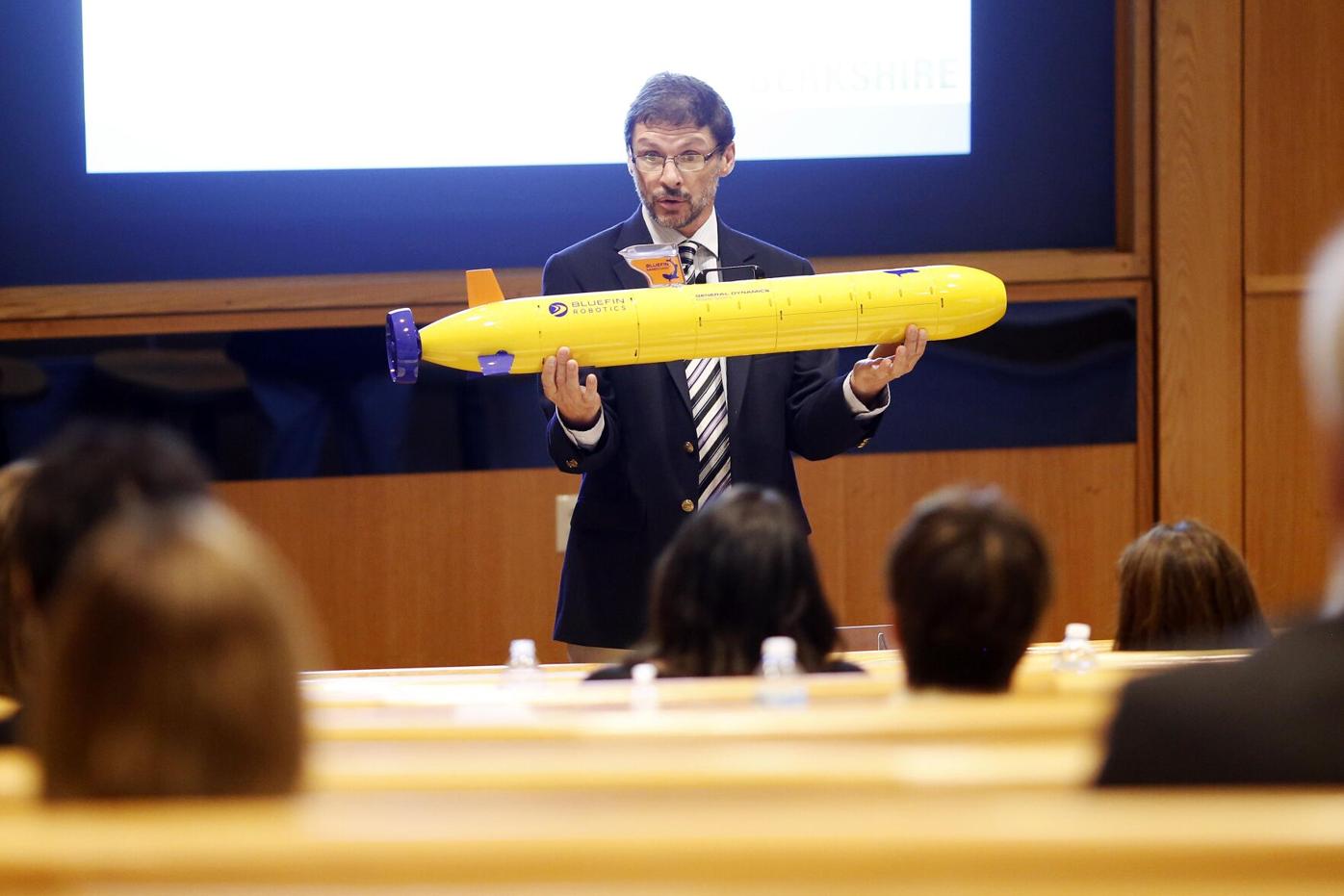 “What we’re good at is designing and developing things that go on ships and go on submarines ... and our costs are attractive,” said Carlo Zaffanella, vice president and general manager of General Dynamics’ maritime and strategic systems, during a 2020 interview. About 1,800 people, including about 200 government employees, work at General Dynamics’ Pittsfield facility, in large part on technologies designed for the military.

PITTSFIELD — U.S. leaders used the Sept. 11 attacks as justification for military interventions that have resulted in nearly $6 trillion in federal spending, in addition to deployment of more than 2 million U.S. troops overseas.

For Berkshire County’s second-largest employer, defense contractor General Dynamics, the post-9/11 shift in U.S. foreign policy likely played a role in the expansion of its Pittsfield operations. About 1,800 people, including about 200 government employees, work at General Dynamics’ Pittsfield facility, in large part on technologies designed for the military. The company receives most of its revenue through federal contracts, and its Pittsfield payroll totals $150 million.

“What we’re good at is designing and developing things that go on ships and go on submarines ... and our costs are attractive,” said Carlo Zaffanella, vice president and general manager of General Dynamics’ maritime and strategic systems, in a March 2020 interview.

General Dynamics did not respond to multiple interview requests for this story.

The company’s growth in Pittsfield over the past two decades can be seen as a “microcosm” of post-2001 trends in the defense industry, said Alex Roland, a professor emeritus of history at Duke University. Fighting relatively small groups in the Middle East, the U.S. military increasingly valued high-tech information systems designed to track enemy movements, leaving companies such as General Dynamics well-positioned to win contracts, Roland said.

“9/11 changed everything, because suddenly the military of the Cold War was not the military that the U.S. needed for what President [George W.] Bush called the ‘war on terror,’ ” said Roland, who studies military history and the history of technology. “The weapons systems are still important, but these other technological capabilities have become essential to finding out what the enemy is doing, what the enemy is planning to do, and when and where they are going to do it.”

From General Electric to General Dynamics: Pittsfield's economy has fluctuated with large employers

General Dynamics has replaced General Electric as the largest for-profit employer in Berkshire County. Throughout Pittsfield’s history, the decisions of large corporations have had pronounced consequences for the city’s workers.

The post-Cold War uncertainty for weapons manufacturers initially hurt the local economy. General Electric had employed 2,650 people at its aerospace division before selling the division in 1993.

After a few ownership changes, General Dynamics took over in 1997 and later that year announced plans to cut 650 jobs as it shifted land combat and artillery work to other facilities. The approximately 1,000 employees who remained would focus on software development and electronic systems.

The Sept. 11 attacks served as a turning point. They marked “the end of the post-Cold War period in which people hoped money could be diverted from military- or security-oriented enterprises and used for things like education or health,” said Richard Immerman, the Stanley Kaplan distinguished visiting professor of American foreign policy at Williams College.

“Certainly after 9/11, a tremendous sense of dread pervaded the country, so, you’re going to spend money on whatever you can to promote security,” he said of U.S. leaders.

General Dynamics’ decision to focus on high-tech operations — they are known in the industry as C4ISR (Command, Control, Communications, Computers, Intelligence, Surveillance and Reconnaissance) — in Pittsfield likely brought lasting benefits for the local economy, Roland said.

“The particular subsidiary that came to your area was, it turned out, part of the wave of the future,” Roland said. “Fortunately for General Dynamics and this particular subsidiary, they’ve continued to thrive since then because they made a good bet on microelectronics.”

General Dynamics has grown its workforce in all but one year it has spent in Pittsfield, Zaffanella told The Eagle in 2017.

Those jobs tend to require high education and skill levels, and in Berkshire County, there are regularly more than 1,000 open jobs that employers said the local workforce did not have the skills to take on. Nevertheless, about 80 percent of the workers General Dynamics hires in Pittsfield come from within a two-hour drive from the city, Zafanella said in March 2020.

Local leaders have celebrated General Dynamics and the jobs it has brought to Pittsfield. “General Dynamics,” Mayor Linda Tyer said in March 2020, “is an anchor institution in our city, and the city is proud that you make our city your home.”

For some residents, though, Pittsfield’s growing relationship with General Dynamics is an uncomfortable bond. Don Lathrop, a professor emeritus of philosophy at Berkshire Community College, remembers some residents feeling torn between celebrating local jobs and opposing the production of equipment linked to the loss of life.

“We can’t have peace if we’re building for war all the time,” said Lathrop, who taught in Pittsfield for over 40 years.

Lathrop helped BCC launch a Peace and World Order Studies concentration and, for nearly two decades, has led a weekly peace vigil in Park Square alongside Marion Lathrop, his wife. The Lathrops were among those who started that vigil in 2002, to oppose the planned U.S. invasion of Iraq.

There is good reason to believe the government will continue to give lucrative deals to contractors such as General Dynamics. Scholars recall a warning issued by former President Dwight D. Eisenhower in 1961 on the “potential for the disastrous rise of misplaced power” through what he called the “military-industrial complex.”

“There’s a sort of revolving door of people who go into government and then go out of government, so, if they go to Boeing or they go to General Dynamics, they know the people in government who purchase things,” Immerman said.

Richard Immerman, the Stanley Kaplan distinguished visiting professor of American foreign policy at Williams College, said that, since 2001, the government increasingly has relied upon contractors not just for hardware and technology, but also for personnel.

After 9/11, the government wanted to hire back personnel, but with the people it targeted already employed by private companies, it could hire them back only as contractors.

The Washington Post estimated in 2010 that among the 854,000 people with top secret security clearances, 265,000 were contractors. When Immerman served in the government as assistant deputy director of national intelligence for analytic integrity and standards from 2007-09, his office had 14 full-time government employees and 30 contractors, he said.

Immerman said that while he does not question the commitment of individuals who work as contractors, he finds the trend of “privatizing government” troubling.

“In terms of transparency, there is so much the public doesn’t know, so, those who work as contractors through General Dynamics or whatever the company is aren’t held accountable in the way that an elected or even an appointed public servant is,” Immerman said.

Before World War II, government establishments participated in research and development, as well as some production, of military arms and equipment. Since then, the work has shifted toward private companies working under contract for the military.

“Once you got companies that have built their whole business model around manufacturing and selling things to the government, to the military, the way you make that sale is, you lobby,” Roland said.

Those companies tend to be “good at what they do,” Roland said, but as political actors, they often put pressure on an administration “to serve their particular, parochial interests and not the national interest.”

General Dynamics has spent over $10 million on lobbying every year from 2009 to 2020. It also has succeeded in landing its own personnel in top government posts. Jim Mattis, for example, served on the company’s board of directors from 2013 until 2017, when he left to become secretary of defense. Mattis rejoined General Dynamics in 2019, after resigning from the Pentagon.

U.S. defense spending doubled in the decade after Sept. 11, making up as much as one-fifth of the total national budget. The defense budget since has declined proportional to gross domestic product, but still, the U.S. spent $703.7 billion in the most recent fiscal year, more than three times as much as China, the next top spender, at $209 billion.

The past three U.S. presidents all have indicated a desire to shift the foreign policy focus away from wars in the Middle East — “The perception was dawning that these wars were draining scarce resources,” Roland said, “when the conflicts did not pose a threat to our essential national security.” But, as national leaders have shifted their focus toward struggles with Russia and China, Roland expects little to change for companies such as General Dynamics.

“No matter what the U.S. turns to in its policies, those kinds of technologies in the microelectronics realm are going to be essential,” Roland said, adding that the technologies easily are adaptable for civilian applications. “So, General Dynamics is well-placed to survive, no matter what happens.”