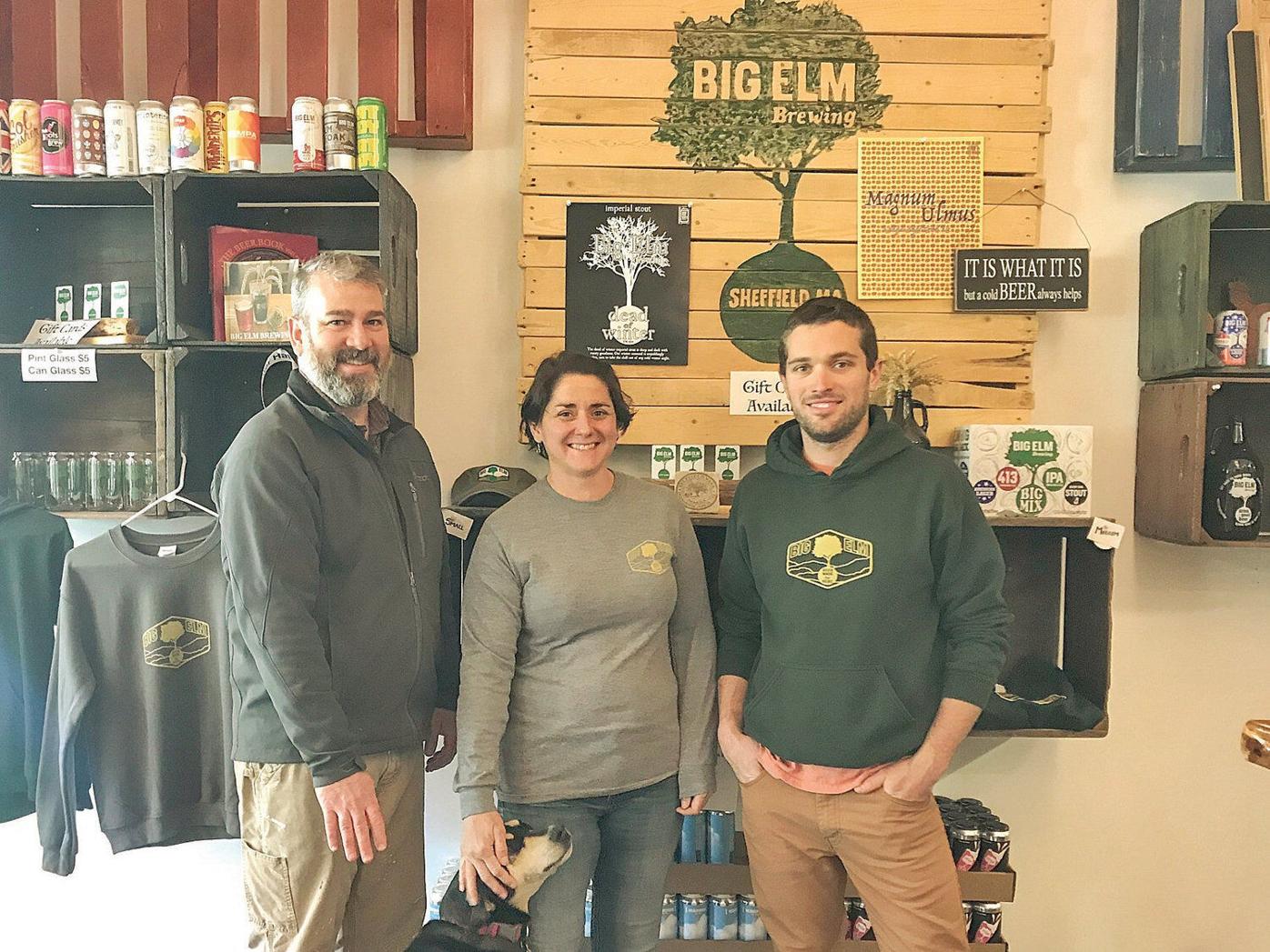 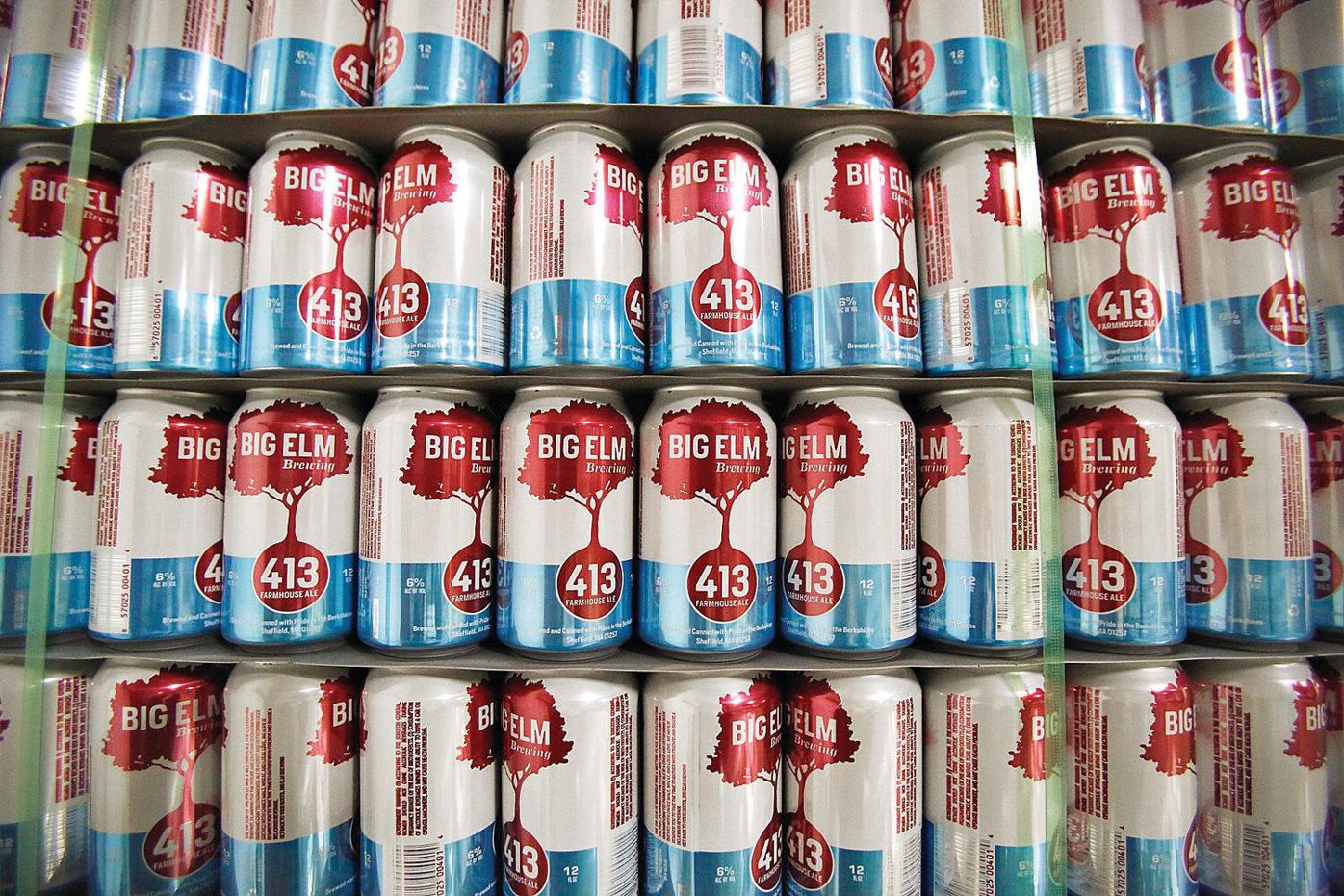 Big Elm Brewing Company in Sheffield has started a GoFundMe seeking $20,000 to purchase a delivery vehicle to get more beer out to local retailers and bars. 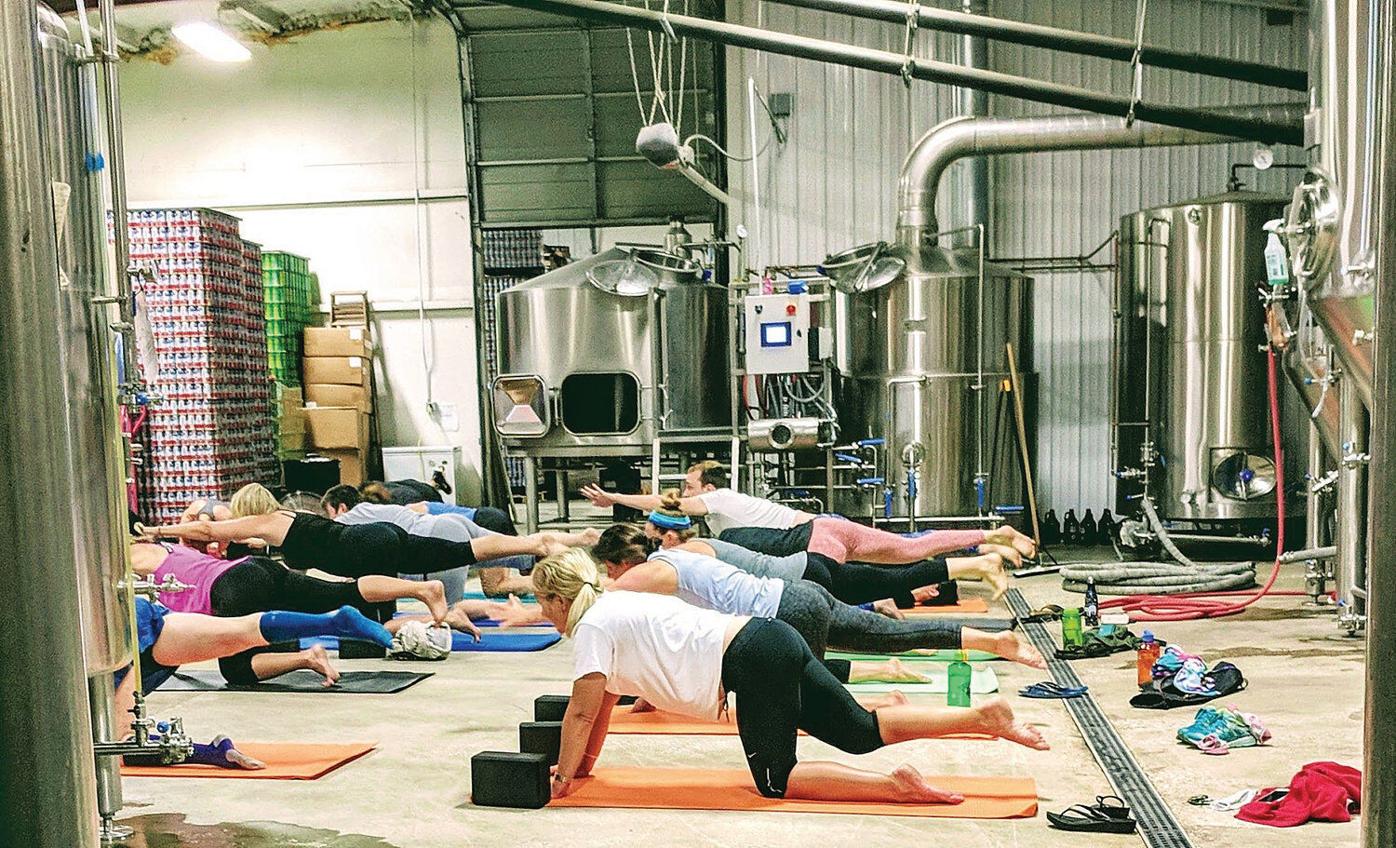 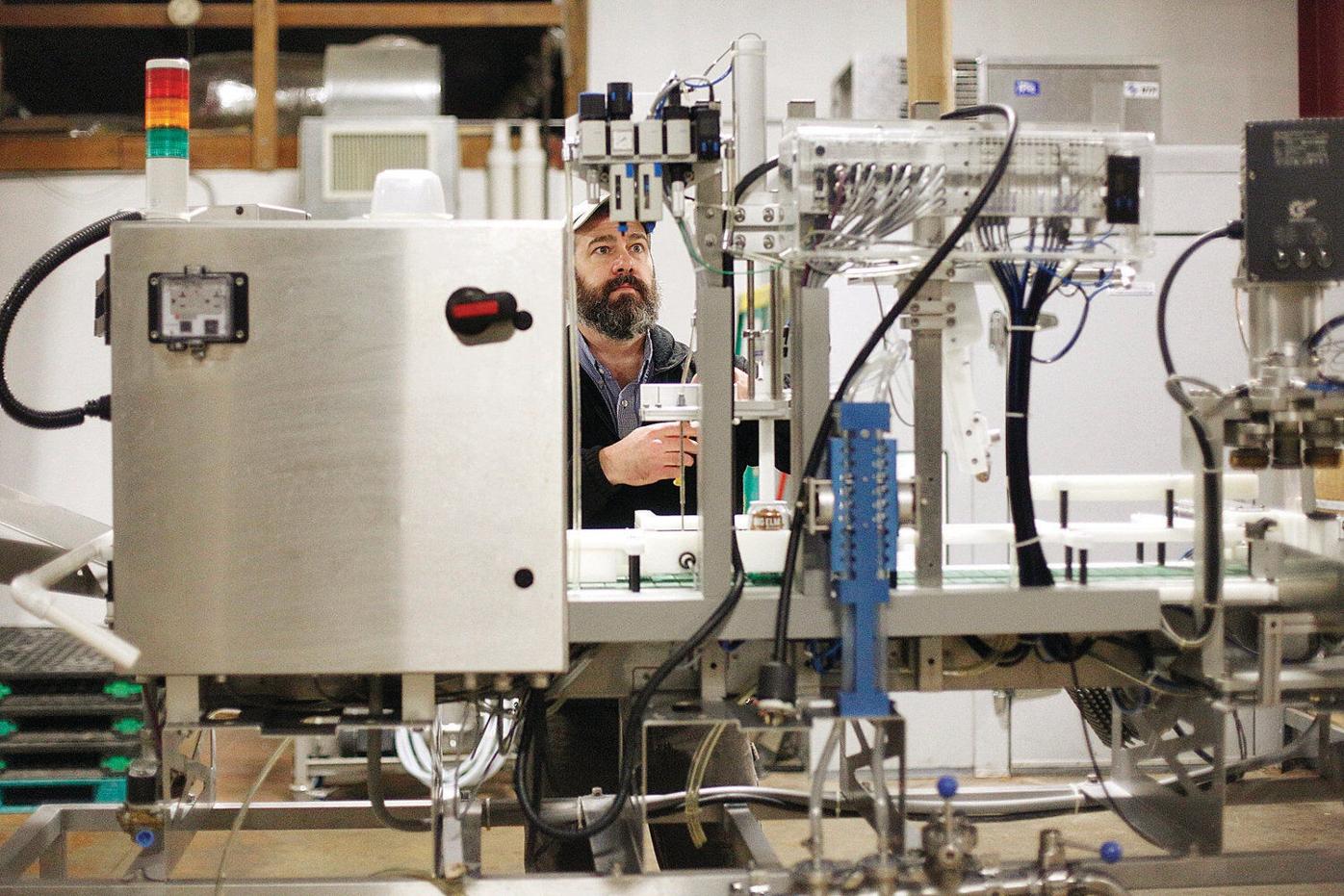 Big Elm Brewing co-founder Bill Heaton cleans the canning machine in Sheffield in 2015. The company was gearing up to increase distribution throughout Massachusetts. While Big Elm found shelf-space out east, in the western part of the state sales slumped. 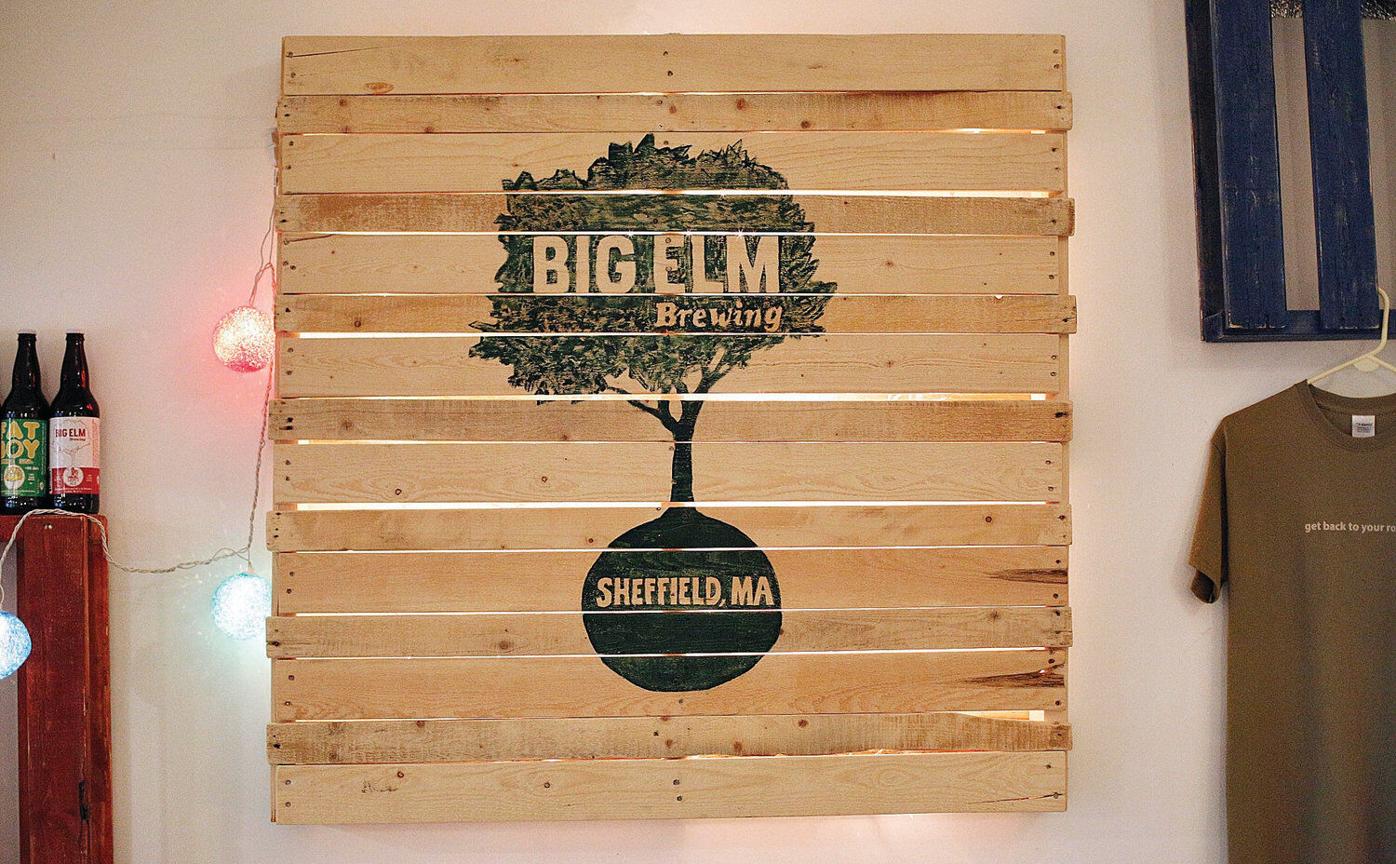 Big Elm Brewing Company in Sheffield is rededicating itself to local consumers. 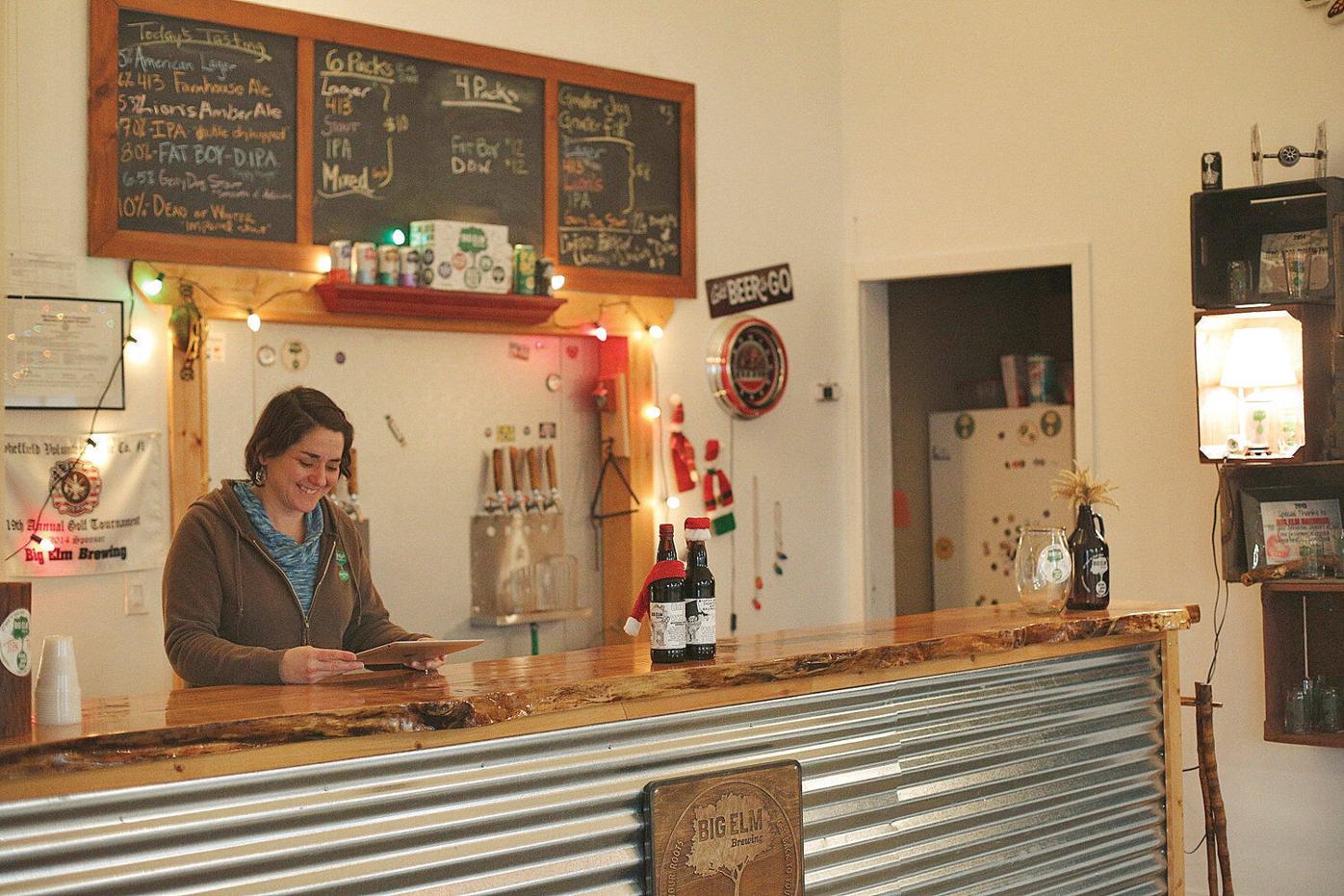 Big Elm Brewing Company in Sheffield has started a GoFundMe seeking $20,000 to purchase a delivery vehicle to get more beer out to local retailers and bars.

Big Elm Brewing co-founder Bill Heaton cleans the canning machine in Sheffield in 2015. The company was gearing up to increase distribution throughout Massachusetts. While Big Elm found shelf-space out east, in the western part of the state sales slumped.

Big Elm Brewing Company in Sheffield is rededicating itself to local consumers.

SHEFFIELD — Three years ago, Big Elm Brewing of Sheffield added a new distributor and set its sights on expansion beyond Berkshire County. It did not go so well.

When business outside the county wasn't enough to sustain Big Elm, brewery co-founders Bill Heaton and Christine Bump — they are husband and wife — made the tough decision to change course.

"You get to the point where it's like, 'Oh, my God, we can't do this on our own anymore,' " Bump said of Big Elm's decision to expand.

"Either you search for outside help or you continue to try and do everything on your own," she said. "And, you know, we took what we thought was a better route, and it wasn't."

This year, Big Elm switched from third-party distribution to self-distribution — the same model the company relied on when it launched in 2012. To reclaim local craft beer drinkers, Bump and Heaton have to win over a public with access to retail aisles full of artisan beers, buy a delivery vehicle and re-establish local connections with restaurants, bars and retailers.

They've started a GoFundMe page seeking $20,000 in donations to purchase a commercial delivery vehicle. Bump and Heaton said they are looking forward to being present at summertime community events.

Today, there are so many breweries that making it in the "cutthroat" world of craft beer sales is difficult for any small brewery, said industry insider Josh Cohen, the owner of Moe's Tavern in Lee.

There are 188 brewers in Massachusetts, with an additional 40 to open this year, according to the Massachusetts Brewers Guild.

The competition for space on shelves and menus is intense. Big Elm was relying on this distributor to sell the company's beer outside Western Massachusetts, but the sales team wasn't getting the job done, Heaton said.

Throughout its first three years, Big Elm Brewing's sales grew, the co-founders said, and the company used two distributors to move its suds in Rhode Island and Connecticut. In the brewery's first year, it produced 25,000 gallons of suds. In 2016, Big Elm made 62,000 gallons of beer — about double what a nano-brewery would make, but significantly less than the up-to 465,000 gallons a microbrewery produces annually, according to the Brewers Association. On the back of this success, Bump and Heaton stopped self-delivery in Massachusetts and contracted with an undisclosed distributor to move the beer across the state.

"We were basically just adding Boston and maybe some accounts in the middle of the state," Bump said. "We thought, 'What's the worst that could happen?' and now we found out what the worst could be."Big Elm on Silver Street in Sheffield has a line up of six beers that can be found in Massachusetts, Connecticut and Rhode Island year-round: American Lager, 413 Farmhouse Ale, IPA, Gerry Dog Stout, Lion's Ale and Fat Boy. The beer is sold on tap, in cans and kegs.A few specialty brews available at the tap room right now include Belgian triple Magnum Ulmus, Beer With No Name pilsner and a milk stout named Leon. The tap room is open Thursday-Sunday, noon to 7 p.m. with free tours on Saturday and Sunday.And there are even a few kinds that are available by can only: El Luchador, a Mexican porter and Sofa King Choice, an IPA session.Big Elm was scoring new accounts in eastern Massachusetts but neglected established customers in the Berkshires. For the next two years, sales were flat, the co-founders said, and local consumption tumbled. By 2018, Big Elm was brewing 16,000 fewer gallons of beer than it was a few years earlier, and sales were down 40 percent.

At this point, Big Elm was done with the business path it had set and was ready for change.

"It kind of got to the point where we're just like, 'Oh, crap,' " Bump said. "We've got to seriously rock this boat or just let it sink, because there weren't any other options out there."

Getting out of a contract, though, isn't simple.People throughout the community are pulling for Big Elm. Red Lion Inn, which gets its Lion Ale from Big Elm, is donating $1 from every sale of a pint of Lion's Ale this month to help Big Elm transition back to self-distribution. And, so far, 53 people have donated to the company's GoFundMe to purchase a delivery van. "Good people and good beer need help sometimes, too," said Aaron Baden on the GoFundMe page.

There are two ways for a craft brewer to get his or her beer on package store shelves and in taps — the brewery does its own sales and distribution, or it contracts with a third-party distributor.

And there's a lot more to the distributor-brewer relationship than loading up a truck, Cohen said. A lot of breweries that contract for distribution don't realize this, he said.

"The reality is that the distributors are carrying such a huge book of beers, and the local sales reps have their hands full with paperwork and travel, and to be honest, not all of them are well-versed in every single product, nor can they remember that the product exists."

The typical path to brewery business growth begins with self-distribution.

"Many new brewers do start self-distributing, as it's a great way to build account relationships and connect with the buyers," said Robert Burns, co-founder and president of Night Shift Brewing and president of the Massachusetts Brewers Guild. "Delivering beer is a tough job, and many choose to find a wholesaler who specializes in it as they grow."

When Big Elm wasn't succeeding under the distributor's contract, it called the company to address it. Bump and Heaton were assured that the distributor would increase its attention on Big Elm and turn around the decline, said Bump. That never materialized. Big Elm took on debt and reduced its staff.

Bump and Heaton asked to be released from the lifetime contract with the distributor and were denied. They pleaded their case to the distributor for six months before the company relented and let Big Elm out of its commitment.

While there wasn't a fee for being released from the lifetime agreement, there was an impact, including buying back inventory from the distributor.

"It's not typical for a brewery to return to self-distributing due to the state's franchise laws, which govern the relationship between brewers and wholesalers," Burns said. "Usually, once you work with a wholesaler, you are locked in for life and can't exit that relationship."

This May, Big Elm's first month of self-distribution was a whirlwind, Bump said.

Now that it's a self-distribution business, Big Elm is doing its own deliveries, shelf restocking, sales, cleaning draft lines and resolving customer complaints. This brings the six-year-old brewery back to its earliest years, when Big Elm was a team of four. The brewery is now a team of three.

For Bump, the biggest eye opener was being back in control of the brand's reputation.

"If someone goes in and buys beer and doesn't notice a date on it, tries it and says, 'Oh, God, this stuff is awful,' when really, it's just old," Bump said, "we can prevent that."

"You get into those small conversations going, 'What's coming up' or 'What are your customers looking for?' " she said.

Bump, Heaton and their single employee are making deliveries for the brewery in their personal vehicles, sometimes making multiple trips a day to points north of Pittsfield. They recently sold two beer tanks to a neighboring brewery for an undisclosed amount. While this was a step that Bump did not want to take, money from the sale has given them some breathing room — though not enough.

While the Berkshire-born brewery is excited to reconnect with local customers, it also is asking the community for help. Bump and Heaton recently launched a GoFundMe online campaign to raise $20,000.

The bulk of the money would purchase a delivery vehicle, and the rest would be used as working capital. A conventional loan is out of the question, the couple said, due to the brewery's decreased sales.

As of this week, the campaign has been shared 260 times on Facebook and has brought in about $3,400. While there isn't an end date on the GoFundMe effort, Bump said she would keep it open for another month.

Community involvement is a key component of Big Elm's plans to reconnect with the Berkshires. To that end, on July 20 the brewery is hosting a pig roast in partnership with Sky View Farms in Sheffield, which takes all of Big Elm brewer's grains to be used as animal feed. There is a $20 suggested donation per plate. Food includes meat, local corn, slaw and sauces. The brewery also hosts monthly get-togethers at its Sheffield taproom, including yoga and trivia nights.

Once the business becomes more stable, Bump said, she is looking forward to supporting community scholarships and fundraisers.

"A personal goal for me is to get back to that," Bump said. "Part of being able to brew and doing stuff in the community — being able to have the financial backing to support our community as much as we want to."