LENOX — After years of speculation, the Kohl’s retail chain, with more than 1,100 department stores in 49 states — more than any other in its category — is putting down roots in the Berkshires.

Kohl’s will occupy the new 39,000-square-foot building to be constructed starting next spring in WS Development’s The Center at Lenox shopping mall at 489 Pittsfield Road, just south of the city line. The buildout is projected to cost the developer several million dollars.

Deal between Kohl's and The Center at Lenox in the works

The Eagle reported last June, after the Lenox zoning board approved the revised site plan and two modified special permits for the expansion, that Kohl’s was the likely occupant. The full-service retailer offers brand-name clothing, accessories and homewares, among many other categories.

What’s the latest?: Adjacent to the department store will be the county’s first 110 Grill, which offers “modern, American cuisine in a trendy, casual atmosphere with open kitchens, large horseshoe-shaped bars and outdoor patios with fire pits, creating the ideal dining environment for any occasion,” according to the regional chain’s website.

• The regional chain has 21 Massachusetts locations, including in Hadley and Holyoke, six in New York state, including Albany and Latham, as well as six in New Hampshire, two in Connecticut and one in Rhode Island. The extensive menu, specific to the Massachusetts sites, offers seasonal, fresh ingredients and gluten-free choices. 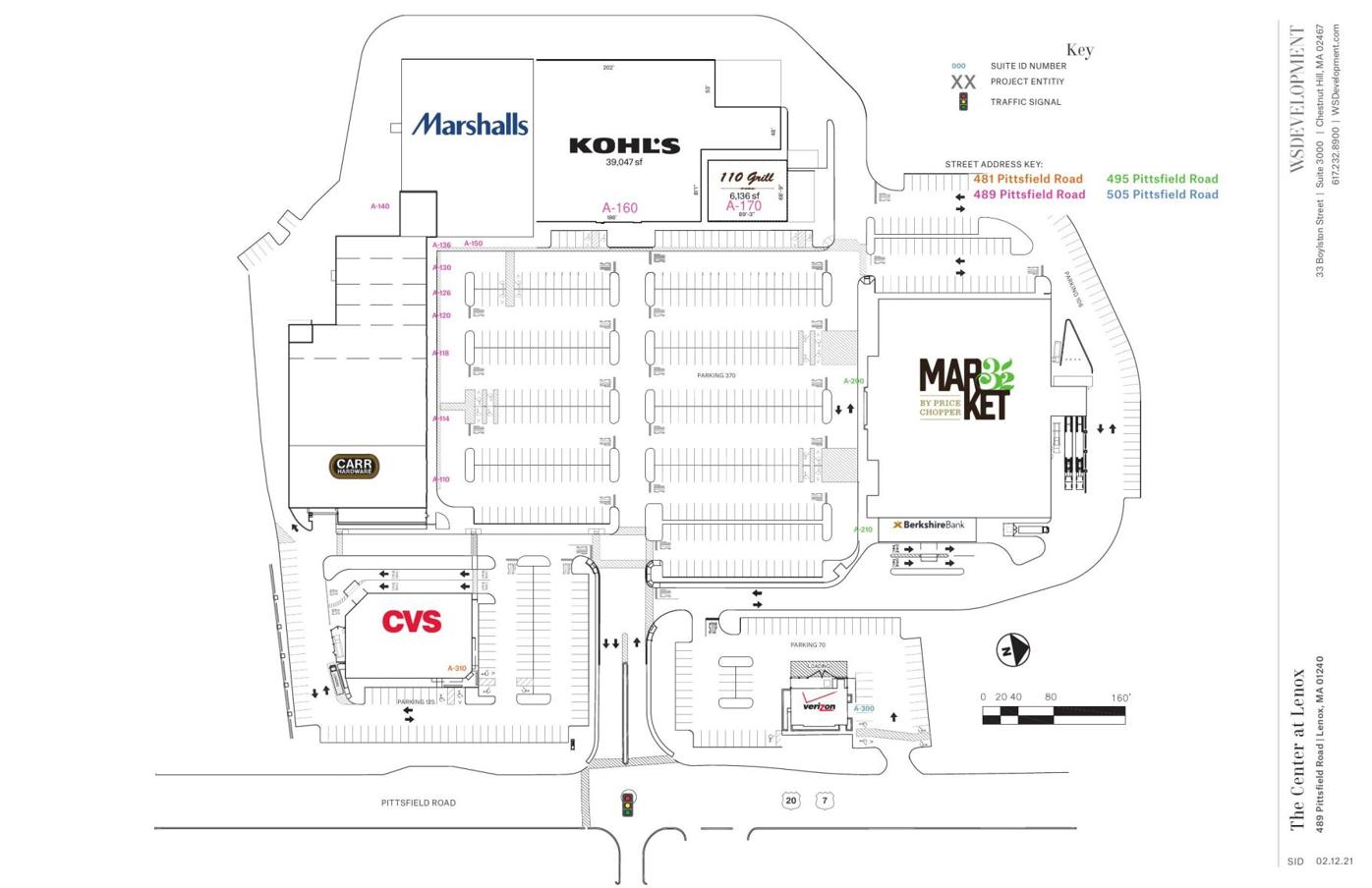 • The new arrivals, Kohl’s and 110 Grill, are expected to open late next year following completion of the buildout, Carr told The Eagle. Kohl’s has 25 stores in Massachusetts currently open, including one at the Riverdale Shops in West Springfield and another in Springfield.

What they’re saying: While Kohl’s officials did not respond to a request for comment, CEO Michelle Gass told a National Retail Federation conference last June that “while the past year has been a very difficult time for so many, we are emerging stronger out of the pandemic, with the moves we’ve made, the new brands we attracted. Customers are going to be excited to come into stores, to browse, to discover how social experience shopping can be fun. Stores are going to have a renaissance, and I think people have been underestimating how that is going to unfold.”

Follow the money: Despite the uncertainty of the pandemic, which caused store closures and revenue to decline 23 percent year over year in the second quarter of 2020, executives at Kohl’s remained optimistic, according to retaildive.com. Gass even said Kohl’s was poised to gain market share.

• The chain continued to make strategic decisions, launching an athletic-leisure private label a year ago, FLX, in an attempt to become a destination for active and casual lifestyle products. Also, Kohl’s and Sephora announced plans to establish at least 850 Sephora shop-in-shop locations within Kohl’s by 2023.

• As customer traffic improved, revenue rose 30 percent to $4.4 billion in Kohl’s most recent quarter and its net income rose to $382 million from $47 million compared to the same period last year. Company executives hinted that they plan to add several partnerships that would continue to drive sustainable growth.

Big Lots is moving to a new location in Pittsfield, and hopes to have the new store operational by Christmas.