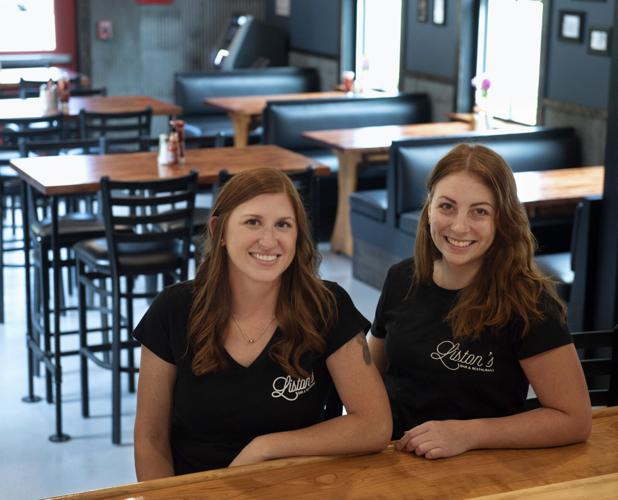 Jessica Yarmey and Brigid Ryan, from left, owners of Liston's in Worthington, in the newly renovated bar. 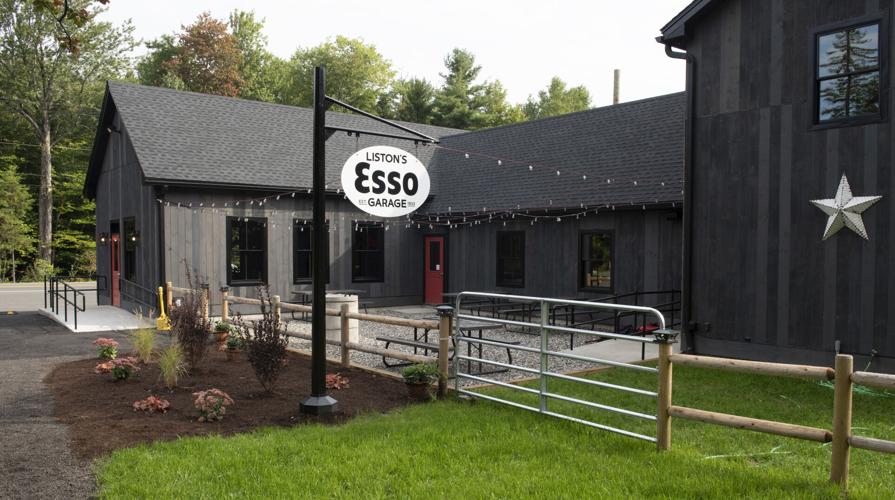 A celebrated Hilltowns roadhouse, Liston's in Worthington, is back up and running under new owners Jessica Yarmey and Brigid Ryan.

Liston's owned by Jessica Yarmey and Brigid Ryan, which has been newly renovated in Worthington. 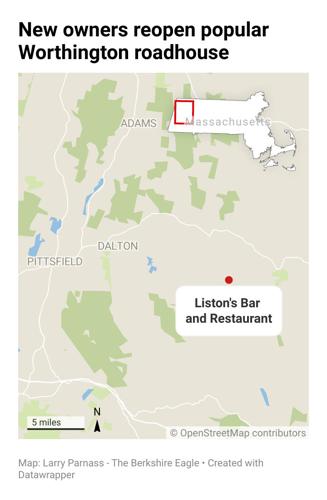 WORTHINGTON — A longtime institution in Worthington is about to make its grand return.

Liston’s Bar and Restaurant, located on 324 Old North Road, is set to cut the metaphorical ribbon on the new building. Co-owners Brigid Ryan and Jessica Yarmey said there has been a lot of interest since work on the site began last year, and people all over town have been asking the big question — when are they going to open?

That question now has an answer — Oct. 1. A big celebration is planned, with live music and lots of good food, and a packed house is expected, the owners say. The restaurant is roughly 20 miles from Park Square in Pittsfield — about a half hour by car.

“I just remember being up at my kitchen table ... this is an option that would be so much fun,” said Ryan of becoming the new owner. “We could do it and then it just sort of became reality.”

It was about this time last year when Ryan and Yarmey, along with John Thomas, Daniel Matica, James Ryan (Brigid’s father), and Tim Tunstall made the decision to purchase the site from Steve Magargal and his wife Diane, who have owned Liston’s since 2000. Brigid said the choice to sell was a difficult one for Magargal.

“Steve, every time we looked at each other we just cried,” Yarmey said.

Brigid said that Steve texts her to let know that “we sold it to the right people.”

The new face for Liston’s was a monumental undertaking, and the co-owners praised the work done by Thomas, Matica, James Ryan, and Tunstall, who all contributed in different ways. Thomas’ construction experience was invaluable, said Brigid Ryan and Yarmey, particularly when it came to finding the different professionals needed for the rebuild.

Both Brigid Ryan and Yarmey have worked at Liston’s and said the experience helped when the time came to become co-owners. The six had talked about the future of Liston’s before, and knew they wanted to become its new owners.

The group soon set to work on an extensive series of modifications. Most of the building was demolished, but the barn remained with plans to turn it into a venue for events and live shows. There’s also outdoor seating. The interior and exterior of the new Liston’s has an open, welcoming feel.

At each of the tables is an old photo of the location, going back to when it was originally a service station. Above the bar is a sign that reads “Worthington,” that Yarmey’s father found on eBay. A new Liston’s sign for the exterior was made by Mike Chermesino, owner of West Street Studios in Worthington. The two credited town officials for their help in getting permits for the new restaurant.

The menu at Liston’s will be much the same as before, with the popular fish and chips, mac and cheese, salmon, and chicken wings among the items. They don’t expect any major changes to the food, but do hope to offer breakfast in the future. Word of mouth has been especially important, and at one of the soft openings, the place was busy all day.

“The town has always been supportive of Liston’s,” said Brigid Ryan.

"We really believe in the importance of this place ... and the huge part it’s going to play in the lives of people who live in the Hilltowns, where you have to drive a half hour to get food.”

Though the work has been hard, Ryan and Yarmey said they don’t regret their choice and are looking forward to officially opening the doors and hope the presence can help other area restaurants. “It was a huge investment, but we really believe in the importance of this place and the success that is going to come from it,” Ryan said. “And the huge part it’s going to play in the lives of people who live in the Hilltowns, where you have to drive a half hour to get food.”

Yarmey said the restaurant’s new look has brought in a lot of new faces who in the past had driven right by. Ryan said that though the look has changed, their goal has been to cater to the same crowds as in the past.

“Keep it comfortable for them,” said Yarmey of the longtime patrons. “But people who will drive by because they didn’t want to give it a chance — welcome.”