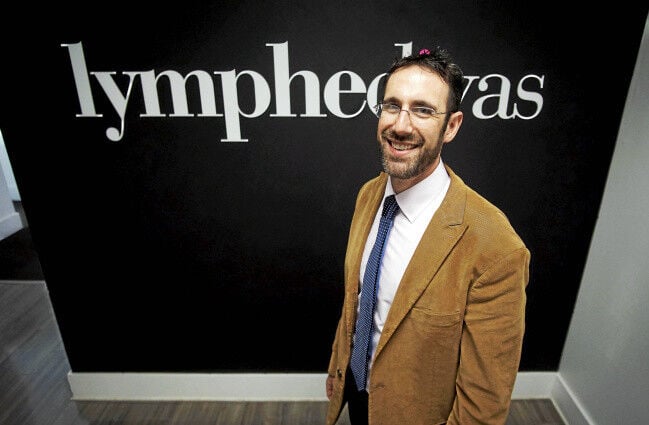 Josh Levin is the President of LympheDIVAs, a company that makes fashionable compression garments for people who are suffering with lymphodema. 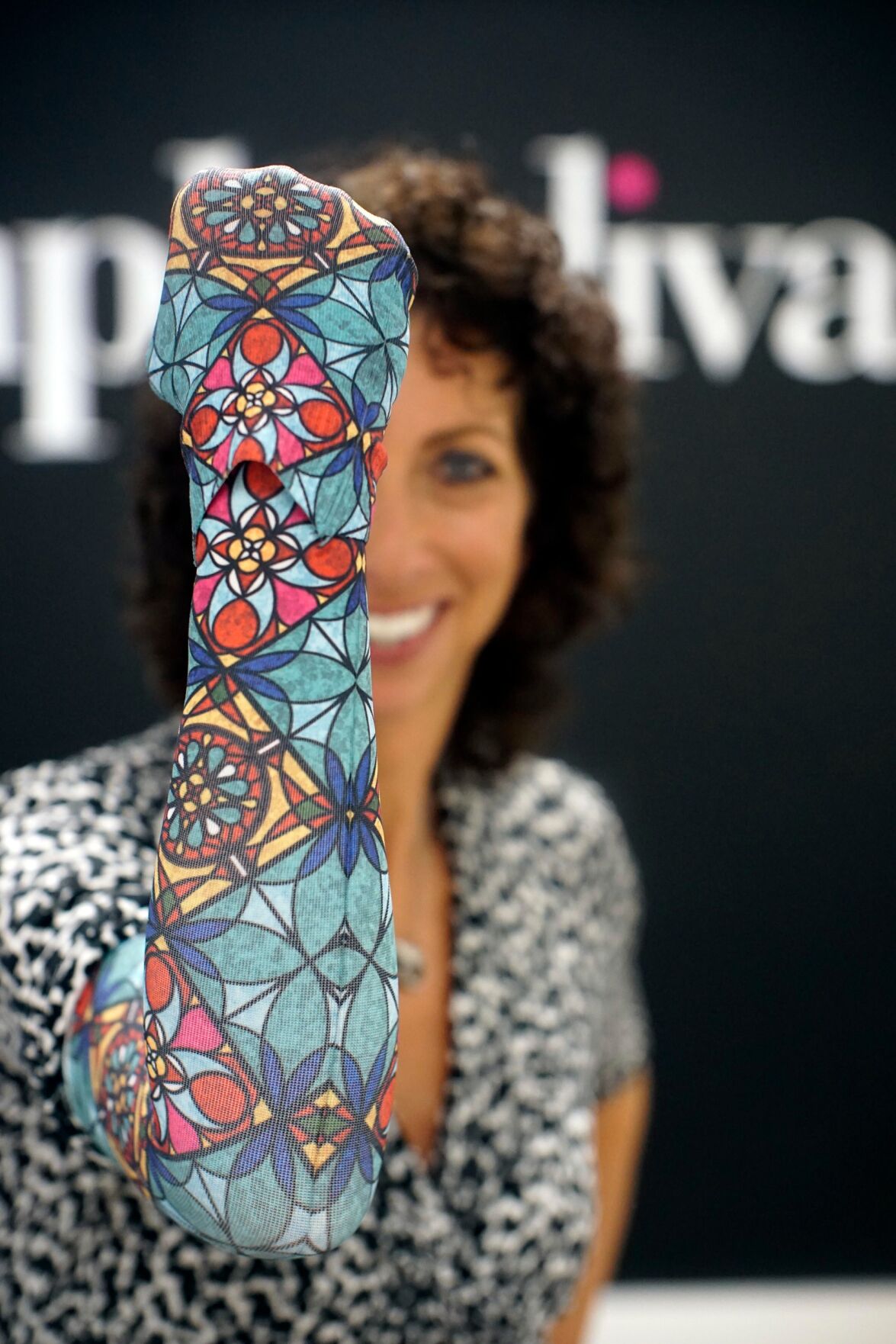 Leslie Giuliani models a compression sleeve and glove glove made by LympheDIVAs for lymphedema.

Josh Levin is the President of LympheDIVAs, a company that makes fashionable compression garments for people who are suffering with lymphodema.

Leslie Giuliani models a compression sleeve and glove glove made by LympheDIVAs for lymphedema.

"She learned how to film, how to edit, how to create these stories," Troxell's brother, Josh Levin, said.

In 2006, Troxell developed lymphedema, a side effect of breast cancer that can cause permanent swelling in the arms. When physicians recommended that she wear a compression device to manage the swelling, Troxell found that the only options available to her were heavy, and bandage-like, and came in only one color, beige.

"Her therapist told her if you don't like it make a better one," Levin said. "And that's what she did."

Troxell's plan to make a more comfortable, fashionable compression garment turned into LympheDIVAS, a company that manufactures those products. The company is now run by Levin, who took over LympheDIVAs from his father, Howard, after his sister died in 2008. Levin moved the firm from Philadelphia to Pittsfield in 2011.

From pain to comfort

Made of nylon and spandex, LympheDIVAs' garments are more comfortable than traditional medical devices, and way more fashionable.

Due to a process known as dye sublimation, which is somewhat similar to the way designs are placed on laminated material, LympheDIVAS is able to create garments with different patterns, colors and styles on them.

"Laces, tattoos, we can put on great works of art," Levin said. "We've got a lot of hand drawings that my staff has either painted or drawn and turned into prints.

"We can do anything that our imagination can come up with," he said.

According to Levin, LympheDIVAS has passed the $1.5 million mark in gross sales. The garments are popular because, "people wanted something that looked pretty," he said.

"We've seen in the past few years a change in medical devices that makes them seem less medical," he said. "We've seen canes come out that look more like fashion canes; casts with designs on them; prosthetics that don't look like fake arms.

"This, especially for those with breast cancer is to give them an option that is pretty and create choices," Levin said. "That was one of the things that my sister hated was that there wasn't a choice."

LympheDIVAS originally manufactured its garments in North Carolina, but Levin recently purchased two small knitting machines and has begun making them here. The machines occupy an office in LympheDIVAs North Street headquarters, in a suite above the Berkshire District Attorney's office on North Street. The space that was occupied by Berkshire Living magazine before that publication went out of business.

Levin was working in New York City and commuting to Philadelphia when he originally took over LympheDIVAs. But he moved the company to the Berkshires based on a suggestion from his wife, Pam. Originally from the Boston area, Pam Levin attended the University of Massachusetts-Amherst, and didn't want to move any farther than New York City from her family.

Levin, who graduated from Brandeis University in Waltham, said he had been looking for a reason to come here after visiting the home his parents owned in the Berkshires.

"When we looked around the region, Pittsfield made the most sense," he said.

Since moving to Pittsfield, Levin has expanded LympheDIVAs from 4 to 11 employees. The company has begun to outgrow it's North Street space, and is in the process of moving to an office on West Housatonic Street that is twice as big.

"Before we were doing manufacturing we didn't need as much space," Levin said. "But with one of the knitting machines taking up one of the offices in this space we're starting to bump up against how much we can hold and how many people can work here."

With the glove, which LympheDIVAS launched on Nov. 2, Levin believes he can increase the company's gross sales to the $4 to $5 million range within the next three to five years.

"I'm hoping to be able to develop leg garments," he said. "We still have a pretty small portion of the upper extremity market, but every year we get a little better.

Levin was working for Frog Design, the company Steve Jobs hired to develop the Apple language for the McIntosh computer, before he took over LympheDIVAS. He wants to carry on what Rachel started.

"I was doing a lot of interesting things for Frog, but I didn't really feel like I was making a positive impact on the world," Levin said. "What my sister had started was doing that. An opportunity to be able to really help people was something I couldn't not do."