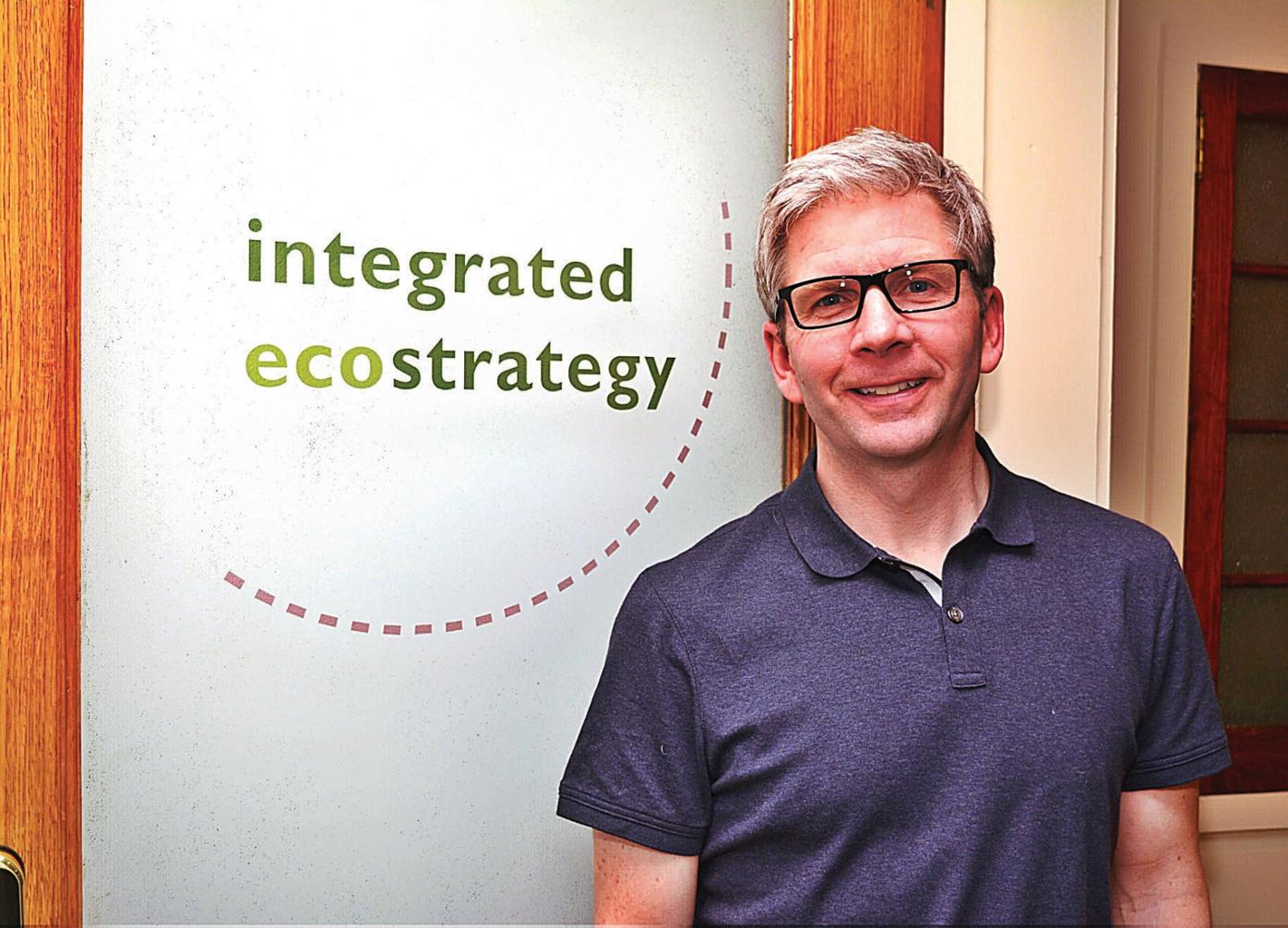 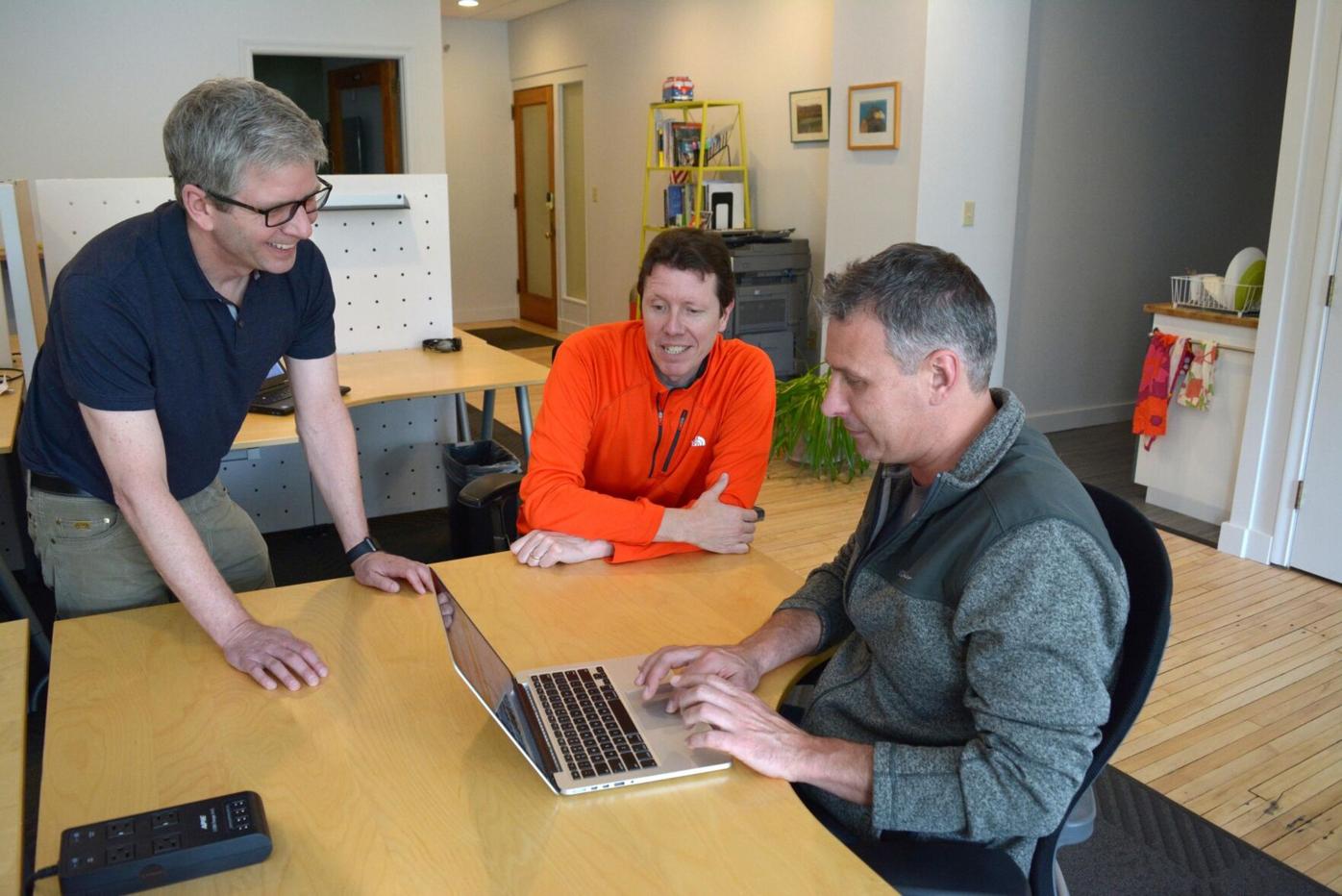 Charley Stevenson, Patrick Brannan and Jason McNair, from left, of Integrated Eco Strategy consult on an issue at the company's new offices at 85 Main St. in North Adams.

Charley Stevenson, Patrick Brannan and Jason McNair, from left, of Integrated Eco Strategy consult on an issue at the company's new offices at 85 Main St. in North Adams.

A software program, Red2Green provides a database on building materials with information culled from previous projects. It standardizes the process for gathering, reporting and comparing ingredients and emissions information on projects that are used in all phases of new building and renovation.

"It's time consuming to make well-informed decisions about products that go into a building," said Integrated Eco Strategy owner and principal Charley Stevenson, a Williams College graduate. "In most cases several levels of expertise are required to make a well informed choice.

"What we've done is research thousands of products and built software to support the decisions that are made by project teams," he said.

"It asks all the same questions that LEED does, but it asks them not in a theoretical but in a very practical way," Stevenson said.

Under the Living Building Challenge, developers are encouraged to construct buildings that are regenerative spaces that connect its occupants to light. air, food, nature and the community, according to the website, living-future.org. Such structures are considered to be self-sufficient, remain within the resource limits of their site, produce more energy than they use and collect and treat all water on site.

"The main difference between the two is that this standard focuses on performance," Stevenson said. "Instead of looking at energy theoretically a project needs to show 12 months of energy where all the power is produced by wind or solar on site.

"It's a much harder standard," he said. "But it's a standard that tells the client the the ecological impact is truly realized."

One local building project that IES was involved with, Williams College's Class of 1966 Environmental Center, recently obtained certification under the Living Building Challenge standards. IES managed and documented all imperatives of the certification program for Williams.

Stevenson recently attended a conference in Seattle where he pitched Red2Green for use as a connecting point with other green building developers.

"We'll have conversations with a number of projects about the software that we developed," said Stevenson, before he attended the conference. "The expectation is that we'll bring in other consultants over the next few months to use our software platform for their projects."

The launch of this new software program is one of several new developments that are occurring at Integrated Eco Strategy, which Stevenson founded in 2010. The company recently moved from Williamstown to a much larger facility at 85 Main St. in North Adams to accommodate a dozen new employees that have bumped up the firm's current workforce to 17. Among the new employees is Matt Root of Concord, who was hired to serve as senior project manager in the Boston area, and to represent the firm at regional and national conferences. A former Home Energy Rating System rater and LEED for Homes Quality Assurance Designee, Root previously work for an energy efficiency consulting firm known as CLEAResult where he led a multi-disciplinary team of mechanical engineers, building-enclosure experts and building scientists.

Locally, Integrated Eco Strategy has also provided services for the Williamstown Youth Center, which is a LEED-certified structure. The company is currently involved in several projects in New England, as well as others in Atlanta and Charlotte, N.C.

Finally, Integrated Eco Strategy was recently certified as a Just organization, which signifies the company is considered to be a socially just and equitable organization by the ILFI. Organizations can use the standard to disclose their operations, including how they treat employees, and where they make both financial and community investments.

"It means that we have no secrets," Stevenson said.