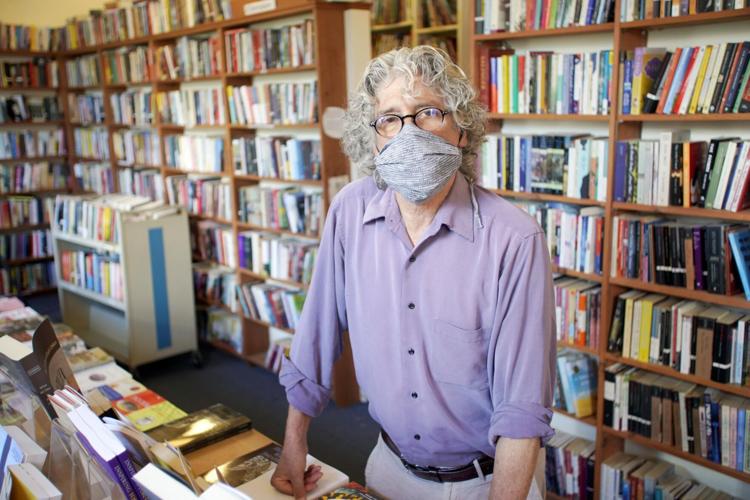 Tannenbaum is the longtime owner of The Bookstore & Get Lit Wine Bar in Lenox, one of the Berkshire’s last independent bookstores. 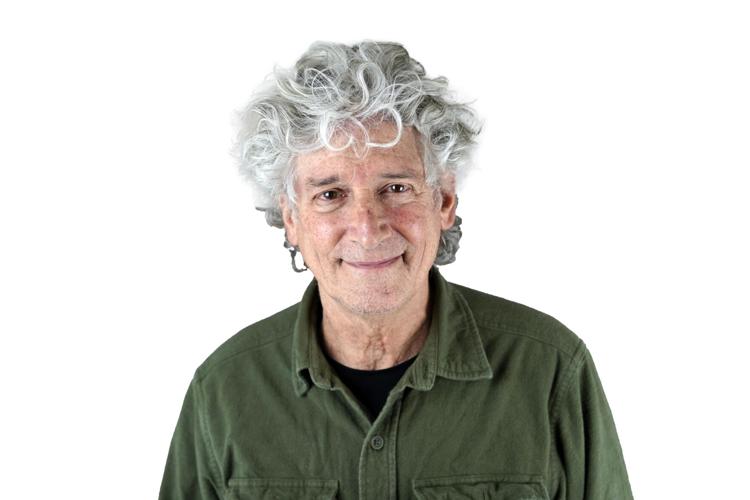 BBI Executive Spotlight on Matt Tannenbaum, the owner of The Bookstore in Lenox.

Most of these tales involve seemingly unrelated subjects — a stint in college journalism, a hitch in the Navy, chance encounters with authors J.D. Salinger and Alan Ginsburg — but after a little meandering the themes all seem to fit together.

“Irony after irony,” is what Tannenbaum often says at the end of these verbal journeys.

Tannenbaum is the longtime owner of The Bookstore & Get Lit Wine Bar in Lenox, one of the Berkshire’s last independent bookstores. A native of Mount Vernon, N.Y., Tannenbaum fell in love with books before moving to the Berkshires in the early 1970s — there’s a story about that one, too. He purchased The Bookstore from its founder 46 years ago on April Fool’s Day. That’s another story.

And he ran a successful GoFundMe campaign in 2020 that helped raised more than $120,000 and saved The Bookstore after financial complications associated with the COVID-19 pandemic ate deeply into his finances. We spoke to the 75-year-old Great Barrington resident recently. Read further and you’ll hear that story, too.

Q: Thanks for doing this.

A: Do you have any questions?

Q: Do you have some answers?

A: Are they multiple choice or essay?

A: You know, I was a journalist in college.

Q: How come you never pursued a career in journalism?

A: I worked so hard and had so much fun at the newspaper that I forgot to go to class, flunked out, lost my deferment and got drafted during the (Vietnam) war ... I was a government major because I was going to be pre-law. I was not bright enough to change my major, so I took these classes I wasn’t interested in. So I didn’t go.

Actually, I applied for a job on the Bergen County Record in New Jersey, and was told I would have been hired if I wasn’t (classified) 1A. You know, I was going to get drafted any minute now. And what really rubbed me the wrong way was the guy they hired was a guy that I had fired at the college newspaper ... Just irony after irony.

Q: You worked at the Gotham Book Mart in New York City before coming up here. How did you go from the Navy to selling books?

Q: What is it about books that fascinated you so much?

A: It was a world of stories that were all new to me. Every story that I read … Anne Beattie, the writer, she was a classmate of mine (at American University). She turned me on to (F. Scott) Fitzgerald, (Earnest) Hemingway and Thomas Wolfe. I fell in love with Fitzgerald. That was really the beginning of it. In college, I took one English class and I read (Fyodor) Dostoevsky. I was blown away by the lives that the writer described. I didn’t even think I was reading a book.

Q: How did you come to the Berkshires?

A: I had some college friends who were artists who had moved to the Berkshires. We had all traveled together in Europe as hippies ... One day one of them found me in New York, literally. I think I was in Brooklyn for a wedding or something. And this guy, Mike, he walks into the room and said, “Instead of going back to Washington, I’m kidnapping you and taking you back to the Berkshires.” So I went up to the Berkshires.

Q: How did you end up buying The Bookstore?

A: In January of 1976 I found out The Bookstore was for sale. So I called the owner, David Silverstein. I said, “I’d like to buy it.” So he said, “Come meet me at a poetry reading at the Cherry Orchard Cafe.” So I went to the Cherry Orchard Cafe, which was in West Stockbridge at that time. So we met, shook hands and had a deal.

Q: Why was this enough for you?

A: I fell in love with the idea, not just the idea, but the actual practice of putting books in people’s hands. I think it was the connection to people. When I was 3 years old — this is one of my favorite stories, by the way — I was walking into the living room in my house. My dad —  he died when I was 12 — said, “Where are you going?” I turned to him and said, “I’m going to go outside and I’m going to smile at people and they’re going to be my friends ... ." I didn’t realize it, but that’s what I’ve been doing ever since.

Q: Amazon and large bookstore chains have made it difficult for small independent bookstores to compete. How have you been able to survive so long when so many of your contemporaries have gone out of business?

A: How should I put this ... I knew I was always going to be in debt, and that became the way I was going to stay in business. I was going to be able to borrow enough money to stay in business and keep it running, and live a pauper life. I didn’t go on vacations anywhere. I got married and had children, and I was able to support them. My wife worked when she was able to work, and we got by but we were always in debt. As a capitalist, I realized that money was a tool and some people had more and could do more with more money and I would have less and couldn't do much, but I could keep the business running. I used to say, “I get paid in more than books.”

Q: What led to the GoFundMe campaign?

A: The pandemic started in March (2020). I wasn't in bad shape —  my inventory is always low in March, I had paid off my Christmas bills. But I got so busy with the details of running a store though curbside pickup that I didn't look at the big picture. Finally in July, I started realizing that July is the time I really make some money and I wasn't making any money ... A friend suggested GoFundMe.

Q: What was your reaction to the outcome?

A: It was the most gratifying payback to everything I had been doing all these years. I was going to go out and smile at people and they were going to be my friends, and here I finally said I need some help, and all my friends responded, and all their friends responded.

Q: How much longer do you think you’re going to do this?

A: My daughter, Shawnee, is getting ready to start moving in and helping me out and will eventually take over the store. But we have no timeline. I’m only 75.

Q: So the game plan is to just keep going as long as your daughter wants to run it ?

A: Yeah ... I’ll be the old man sitting in the corner, saying “Oh, I remember when I first read that book.”

The Bookstore & Get Lit Wine Bar

Tales from Gotham 1: J.D. Salinger —  Writers used to come into the Gotham (Book Mart) all the time. Salinger was a friend of (the owner). One day boxes got put on the floor in a section with books that hardly anybody looked at. One day there was a guy actually lying on the floor, kind of crouched, reading these books. So I had to open the boxes around this guy so I didn't bother him ... An hour or two later another clerk typed up the charges. She said, "Mr. Salinger left all his books here, do you want me to ship them?"...That's when I realized I had tripped over J.D. Salinger ... He could do this because he was anonymous. Nobody knew what he looked like.

Tales from Gotham 2: Alan Ginsberg — Alan Ginsberg wrote the introduction to a posthumously published novel by Jack Kerouac, "Visions of Cody." The owner asked me to go down to the basement and get a stack of them to sign. So I did, and I bought one, and he (Ginsberg) signed it for me, He wrote, "Happy Hanukkah, and drew a picture of a flower pot, December 1972." Then I started talking to him a bit. He said, "Listen, I came here to look at books. Don't you have work to do?"