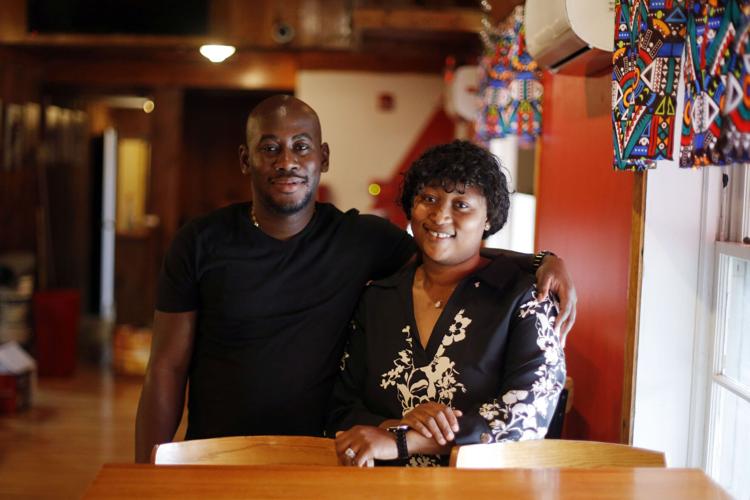 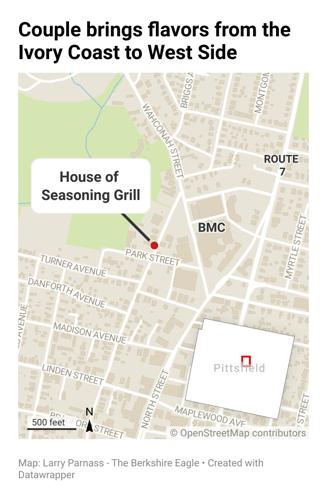 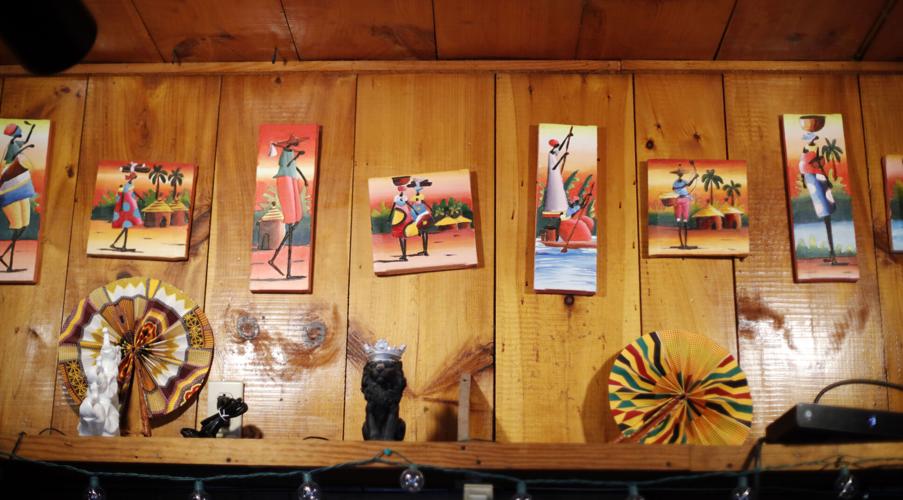 African art adorns the walls of House of Seasoning Grill at 117 Seymour St. in Pittsfield. 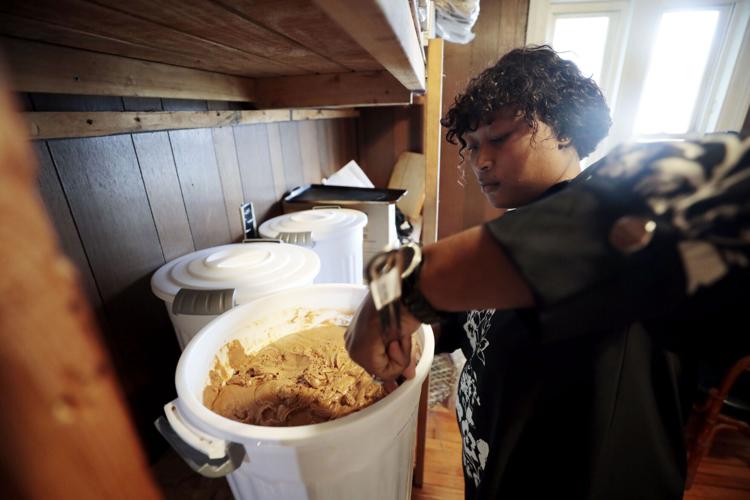 Raissa Doumbia stirs a bucket of peanut butter - made from scratch by her mother, Aissata Toure, back home on the Ivory Coast of Africa and shipped to Doumbia for her special peanut butter soup. 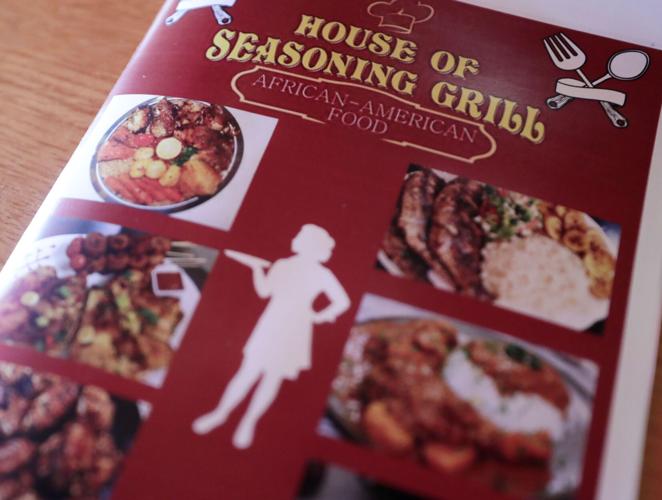 Raissa and Mathieu Doumbia run the House of Seasoning Grill, with entrees featuring Raissa’s blends of spices and flavors. 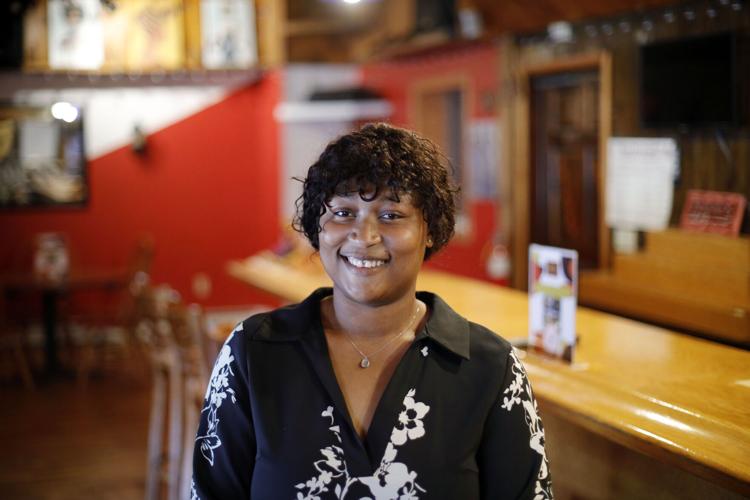 Raissa Doumbia and her husband Mathieu run the new House of Seasoning Grill in Pittsfield. 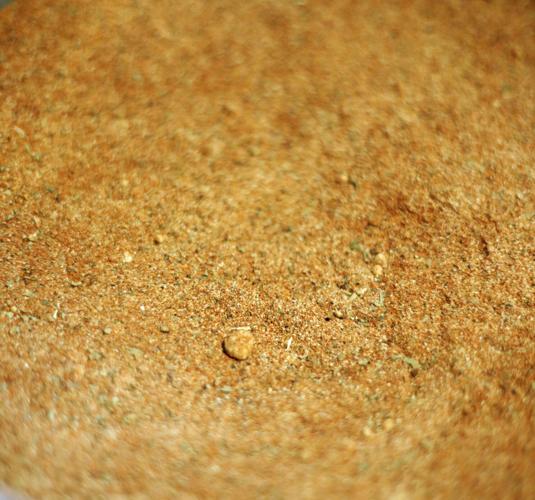 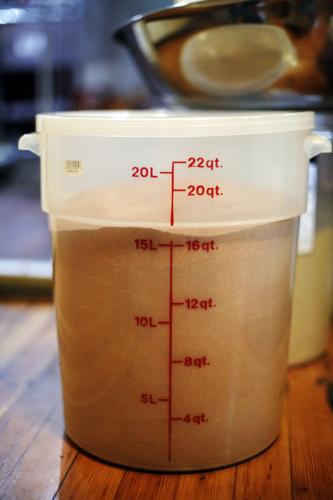 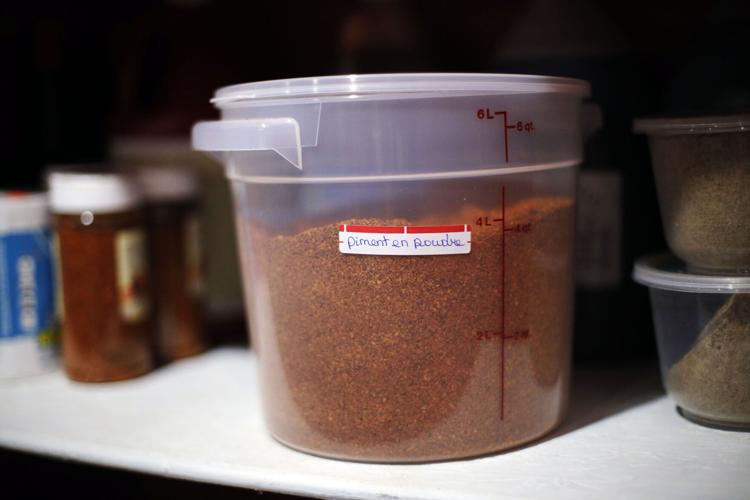 Raissa and Mathieu Doumbia run the House of Seasoning Grill, with entrees featuring Raissa’s blends of spices and flavors.

PITTSFIELD — A taste of West Africa has arrived on the West Side of Pittsfield.

Raissa and Mathieu Doumbia, a married couple originally from the West African nation of Ivory Coast, recently opened House of Seasoning Grill at 117 Seymour St., the site of the former Friends Grille.

The eatery features African American food, with dishes that lean more toward African than traditional African-American cuisine. Entrees include familiar American staples like steak, chicken, pork and fish, but seasoned with African ingredients.

How do they combine these cuisines?

“It’s a little secret,” Mathieu Doumbia said with a smile.

The entrees at House of Seasoning Grill include dishes like Choukouya de Poulet, which is African-style jerk chicken marinated with special seasoning. Choukouya is a word from an African dialect spoken in northern Ivory Coast that means grilled or braised meat. Poulet is the French word for chicken.

“It’s a combination of both foods,” Raissa Doumbia said.

She said the eatery’s African dishes come from family recipes and that she ran her own restaurant in the Ivory Coast before the couple came to the United States eight years ago. They originally lived in New York City, where Raissa Doumbia worked in restaurants. They came to Pittsfield, which has a sizable West African population, in 2017. The eatery has four employees. The couple spent some $70,000 renovating the space.

“When we moved to Pittsfield, we liked that there were a lot of restaurants,” Raissa Doumbia said. “But it was the same food with no change. When you go out, the food is not always the way you want it. So we tried to bring something new. It’s a new taste for the town.”