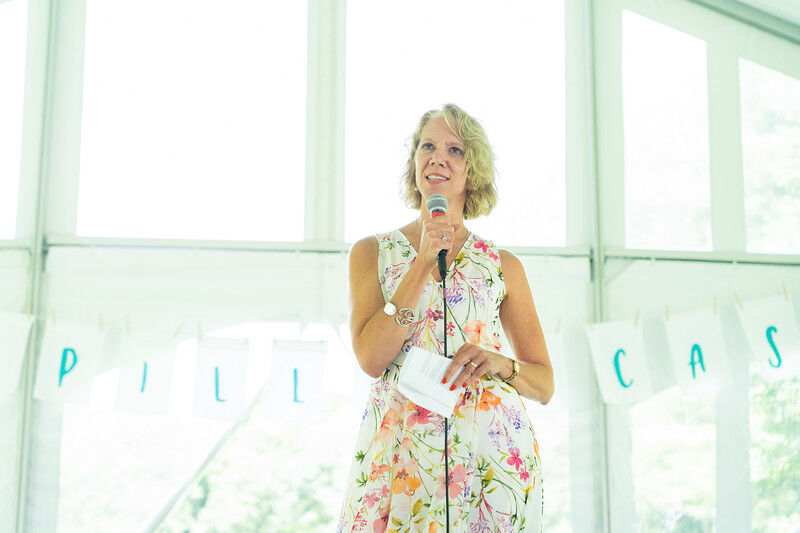 Losing the Doris Duke Theatre on the Becket campus to a fire in November “was a great shock and a great disappointment,” says Pamela Tatge, executive director and artistic director at Jacob’s Pillow Dance Festival. “What has been significant to us is people’s attachment to that space and to Jacob’s Pillow as a beacon for the field of dance,” Tatge says. “The outpouring of memories, of love and support, has been remarkable and has only fueled our determination to build back better, as they say.” 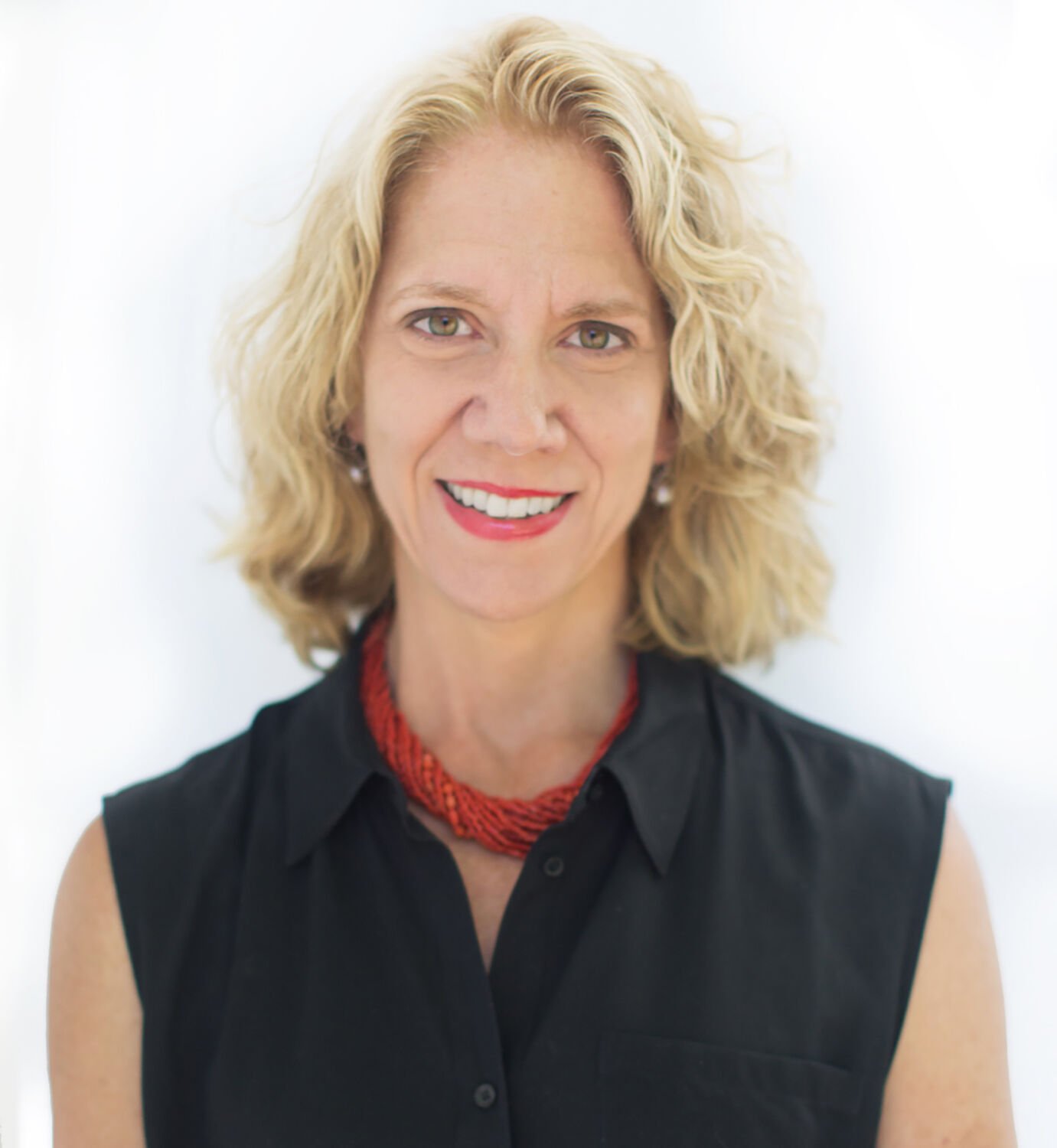 PITTSFIELD — An already lean year for Berkshire cultural organizations became even tougher for Jacob's Pillow Dance Festival in November, when the historic Doris Duke Theatre was destroyed by fire.

Charged with the rebuilding effort is Jacob's Pillow Executive Director and Artistic Director Pamela Tatge, who came to the Becket-based nonprofit in 2016. Tatge, who started out as an actor, has plenty of executive experience: she directed the Center for the Arts at Wesleyan University in Connecticut for almost 17 years before arriving in the Berkshires, and before that, she spent a decade as the development director at the Long Wharf Theatre in New Haven, Conn.

Founded: 1933. The 220-acre campus is a National Historic Landmark.

Mission: To support dance, presentation, education and preservation, and to engage and deepen public appreciation and support for dance, according to its website.

We spoke with the Maryland native recently about the Pillow's future plans, what the theater's demise means to the organization as a whole, the Pillow's recent outreach to the community and what it's like to be a "foodie."

Q: I know it's only been two months since the fire, but what are the Pillow's plans now to replace it and move on with the 2021 season?

A: We are moving forward with our festival that will be safe for artists and audiences alike and will lean into our outdoor spaces. We will be announcing our festival in April. ...

In terms of the Duke, we have a committee of the board that's going to be working with us to envision what we need to rebuild. The idea is to have it be a theater that has all the warmth and character of the Doris Duke but is equipped for dance and performance of the 21st century. We are doing a real field side research of what the space should contain before we commit to what it will be.

Q: When do you think you'll have a more concrete idea of what you're going to do?

A: We are hoping to have the theater rebuilt sometime in 2022, but that's to be determined.

Q: What effect has the fire had on the Pillow?

A: First of all, it was a tough year to begin with with the first cancellation ever of the Jacob's Pillow Dance Festival [last summer]. Then, to have been planning to bring artists back into the theater for the summer of 2021 and not have that space was a great shock and a great disappointment.

We all want to make as much dance as possible happen for our artists and our audience, so, to lose one of our primary spaces was devastating. It's also a place that was an animated space, a space with 30 years of history.

What has been significant to us is people's attachment to that space and to Jacob's Pillow as a beacon for the field of dance. The outpouring of memories, of love and support, has been remarkable and has only fueled our determination to build back better, as they say.

Q: What kinds of things have you heard from people?

A: For many companies, it was their first launching onto the national or international stage. They made their Pillow debut there. ...

It's been the home to incredible collaborations like the one between Yo-Yo Ma and the Mark Morris Dance Group. It's been a place where people feel like they were born into the field. There's stories related to that. There are stories from audience members who discovered a form of dance they'd never seen before in that space.

It was the experimental space, the space where we could take risks because there were only 200 seats. It's also the space [where] people have memories of being viscerally connected to a work of art because of its intimacy, because the dancers are so close to you in that space.

Q: Will the Pillow be different without the Doris Duke Theatre?

A: I don't think so. The goal with the new theater will still be to have an intimate space, a space that's flexible and open to experimentation, and again, we want it to have that warmth and character that the Duke had.

Q: You majored in history at Wesleyan University. How did you end up in the arts?

A: I was someone who loved to read and write and loved history, and I got a wonderful education at Wesleyan, but what I went to Wesleyan for was the arts. Although I didn't major in the arts, I took a dance class every semester. I studied voice and acting, and my first career was as an actor. I lasted about two years; I couldn't stand that other people determined when I worked.

Q: How did you go from actor to executive?

A: When you study theater, you learn about improvisation. You learn how to read a situation and understand people, and all of those are necessary to becoming an executive.

Q: In June 2017, [you] led the creation of a five-year development plan, Vision '22, where one of the goals was to enhance the Pillow's civic leadership and community engagement efforts. Jacob's Pillow has become very active in the community since then. How did that come about?

That was a value that they had, and it was very deeply married with the values that I had [Tatge also sponsored community engagement efforts in Connecticut, while leading the Center for the Arts at Wesleyan]. So, part of my work was to create the first ever community engagement department at Jacob's Pillow, which is led by Thasia Giles.

Over the past four years, we have worked to partner with community organizations in a way that we are listening to what the community need is and we are responding to that need, as opposed to deciding what we think might be good for the community.

Q: In the Berkshires, has the public's perception of Jacob's Pillow changed because of those efforts?

A: It definitely has altered. It's become a very important priority over the last four years, and I would hope that if you interview people from the community, that perhaps we've begun to be a place where the community does feel like it can belong, because we not only have programs that have been in Becket, but we're bringing programs directly to communities in Berkshire County.

An example is the work we did with the W.E.B. Du Bois Committee [last] February by bringing a work of art that was a work about Du Bois to Simon's Rock, and then we proceeded to engage North Adams, Pittsfield and Great Barrington community members in that artist residency and performance. That's the kind of work that we want to be known for. ...

You'd have to interview people in the community to see, but I would say that we've begun to change the perception. At least, I would hope so.

Q: You describe yourself as a "foodie" in an interview that is posted on the Pillow's website.

I think, particularly during the pandemic, that food has been one of the best parts of life. I think you access culture through food, and as someone who just adores getting to know and understand people from different parts of the world, it's wonderful: the spices, the preparations, the rituals, all of that.