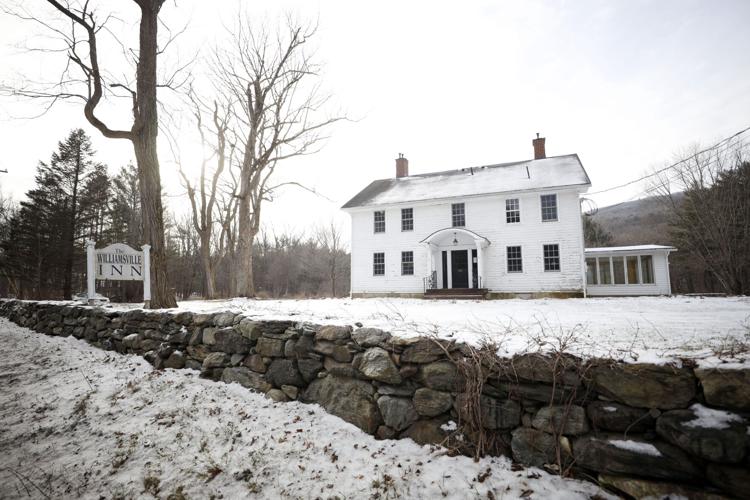 Matthew Straus bought the 10-acre property that housed The Williamsville Inn with the intent of building 16 cottages of about 350 square feet each, among other renovations. 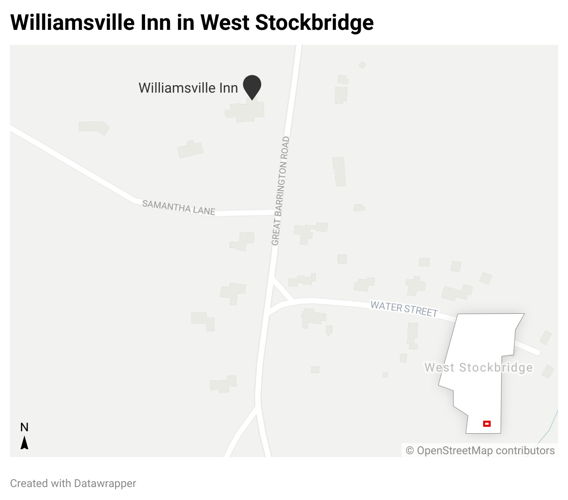 The Williamsville Inn is located at 286 Great Barrington Road in West Stockbridge.

WEST STOCKBRIDGE — A restaurateur who wishes to redevelop the former Williamsville Inn has withdrawn his proposal — at least for now.

As of Thursday evening’s meeting of the Zoning Board of Appeals, the town had received 14 letters from the public.

“Most all of the letters could be characterized as not supportive of the project as presented,” said board Chairman Randolph Thunfors.

An attorney representing two neighbors suggested that the property no longer should be eligible for use as an inn and restaurant.

Williamsville Inn neighbors have concerns about a plan to reimagine the facility. The restaurateur behind the project is listening

The new owner of the former Williamsville Inn, Matthew Straus, a chef, sommelier and founder of Heirloom Cafe in San Francisco, had proposed creating a “comfortable, modern dining and lodging experience” called Heirloom Lodge on the 10-acre property at 286 Great Barrington Road (Route 41).

The Williamsville Inn, which opened in 1952 and closed around 2014, had operated as a restaurant and 16-room facility.

Straus’ plans had included building 16 cottages of about 350 square feet each; renovating the main house for use as a 90-seat restaurant and administrative offices; rebuilding the barn for use as an entertainment space; replacing the pool; and installing extensive gardens and greenhouses to supply food for the restaurant.

The former inn had fewer than 20 parking spaces. Straus’ proposal called for increasing parking to 60 spaces.

In plans submitted to the town in December, Straus had requested three special permits from the Zoning Board of Appeals in order to reestablish the restaurant, and for alterations and construction. The proposal also would have required approvals from the town’s Conservation Commission and Board of Health.

“I think the law is going to be very clear that the grandfathering is lost on the inn and the restaurant,” said attorney Alexandra Glover, who told the board Thursday that she is representing neighbors Kristin Piasecki and Leonard Tabs.

Other neighbors have expressed concern for the scale of the project.

“Like many of our neighbors, we welcome a quality restaurant, and Mr. Straus’s record of creating fine dining experiences has been documented and is without doubt. But the proposal before the Zoning Board is far more than a restaurant with fine dining,” wrote Phyllis Vine and Gary Burke, of Samantha Lane.

They said the size of the project “would threaten the quiet, peaceful, rustic neighborhood with considerable and unaccountable noise, traffic and congestion, all of which pose a hazard to the character of this community.”

Jerry Elias and Cecily Patton, of Great Barrington Road, wrote that they “have been hoping for a new owner for the Inn to take over the reins and create a financially viable and attractive business for the neighborhood.” While supportive of Straus’ vision, they requested that the board see to it that noise levels from proposed musical performances wouldn’t be excessive.

Jeff Lynch, the attorney representing Heirloom Lodge, told the board, “We continue to have open discussions with neighbors to the Williamsville Inn, and we’re hoping to be back before this board to allow this project to proceed. But, at this point in time, we would like to withdraw.”

The board unanimously granted the request. Assuming that Heirloom Lodge will be back before the town, board member Jack Houghton gave a little advice to Lynch.

“I, as a board member, don’t expect you to have complete and universal acceptance by the neighborhood, but at least to have an endeavor to know what their concerns are and, to the extent that you’re able, to accommodate them.”

A restaurateur aims to redevelop the inn and turn it into a "comfortable, modern dining and lodging experience” called the Heirloom Lodge.

The restaurateur who hopes to revive the former West Stockbridge inn now plans to propose two lodging buildings instead of a single larger one, in a bid to address neighborhood concerns.