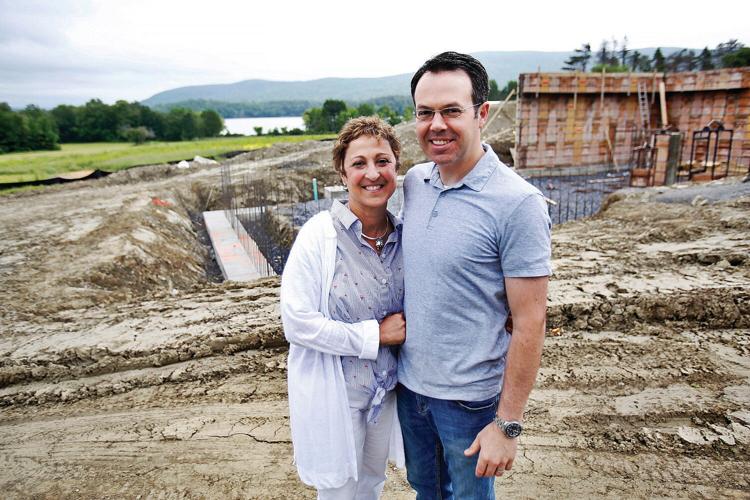 Donna Hanson, left, and her husband, Christian, the co-owners of Balderdash Cellars of Pittsfield, are planning to expand their winery at a new site that's currently under construction in Richmond. 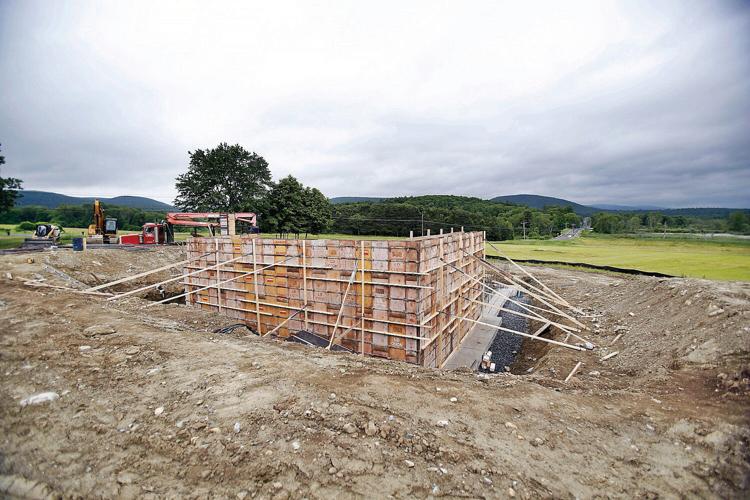 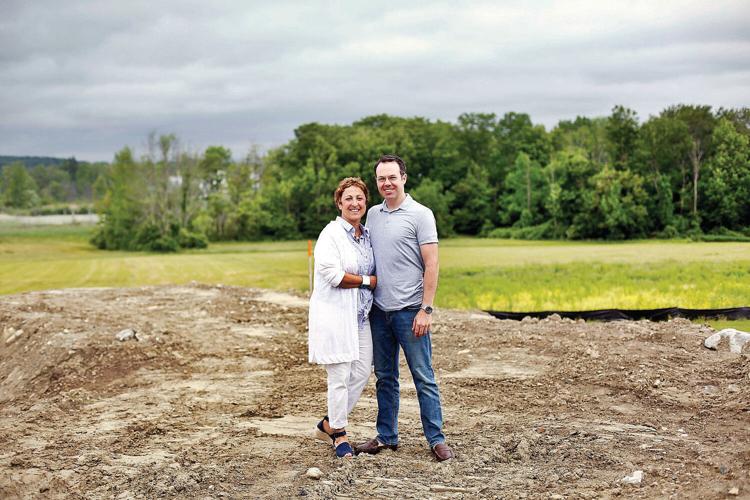 Balderdash Cellars owners Donna and Christian Hanson, from left, originally started their winery as a hobby in the basement of their home.

Donna Hanson, left, and her husband, Christian, the co-owners of Balderdash Cellars of Pittsfield, are planning to expand their winery at a new site that's currently under construction in Richmond.

Balderdash Cellars owners Donna and Christian Hanson, from left, originally started their winery as a hobby in the basement of their home.

RICHMOND — The winery began as a "big, big hobby" in the basement of their home.

But after aging more than seven years, and outgrowing a second location, it has matured into a full-time business.

Balderdash Cellars, which has operated as a commercial business for the past five years in the basement of a commercial building on East Street in Pittsfield, is moving to a much bigger space on State Road (Route 41), just south of the Pittsfield city line.

"It's a beautiful area out there," said Christian Hanson, who owns the winery with his wife, Donna. "As far as the customer experience goes, the view we have from this property is unbelievable. We have the pond and the hills. It kinds of gives us what we always wanted.

"Not that Pittsfield wasn't a good place to start," he said. "But this allows us to do events. It creates a much better customer experience."

The Hansons are planning to build their own facility on the parcel, which they purchased recently for $475,000. They will continue manufacturing wine in Pittsfield until September, he said, but they are already holding wine tastings at their new venue.

Christian Hanson is a professional vintner who interned at a winery in California, but the couple originally began Balderdash Cellar as a hobby while they were working at Sabic Innovative Plastics in Pittsfield. It was still considered a hobby when the Hansons moved their winery to East Street in November 2011, but Hanson said it officially became a business when they bottled their first product in 2012. They converted their Pittsfield space into a commercial facility in June 2013.

Hanson declined to comment on the company's specific sales figures, but he said revenue has expanded by 50 percent in each of the last six years. The company currently produces 2,500 cases of wine, he added.

The new facility in Richmond is expected to contain 5,000 square feet, with 3,200 utilized for manufacturing and storage, and the rest for wine tastings.

"We only have 2,200 square feet," in Pittsfield, Hanson said. "We're woefully undersized where we are now. We needed more space five years ago."

There are at least two other wineries in Berkshire County — one in New Marlborough and another in Richmond — and both in rural settings.

When it came time to consider a new site for Balderdash Cellars, Hanson said the couple debated whether to go the rural route or to continue with the "downtown urban winery concept."

"We kind of went in both directions in our minds," he said. "We were torn between the two ideas."

The Hansons finally decided that since so many visitors to the Berkshires already come from urban environments, that they would more comfortable visiting a winery in a rural setting.

"When you come from the city you don't want to go back to the city," he said.

Hanson attributes Balderdash Cellars' growth to progress on "numerous fronts," which have included good reviews on online sites like TripAdvisor, which "have been attracting a tremendous amount of people from outside the area."

"It keeps growing," Hanson said, referring to the interest in Balderdash Cellars. "But there's still people who don't know about us. ... One place we haven't grown much is on the wholesale side. Our main focus is direct to customers."

The winery's new site on State Road should only enhance the customer experience, Hanson said.

"We'll be able to do events," Hanson said. "We're set up to do weddings with up to 150 people. There's tons of land out there."

The new space will also contain enough room for a new project: a brewery.

"We'll start with contractors manufacturing beer for us," Hanson said. "It will be a couple of years before we can brew our own, but we can offer beer fairly shortly."

"It's the kind of stuff where people can sit on the lawn," he said. "I guess we'll compete with Tanglewood. If Yo-Yo Ma wants to come and play, I'm not going to turn the guy away."