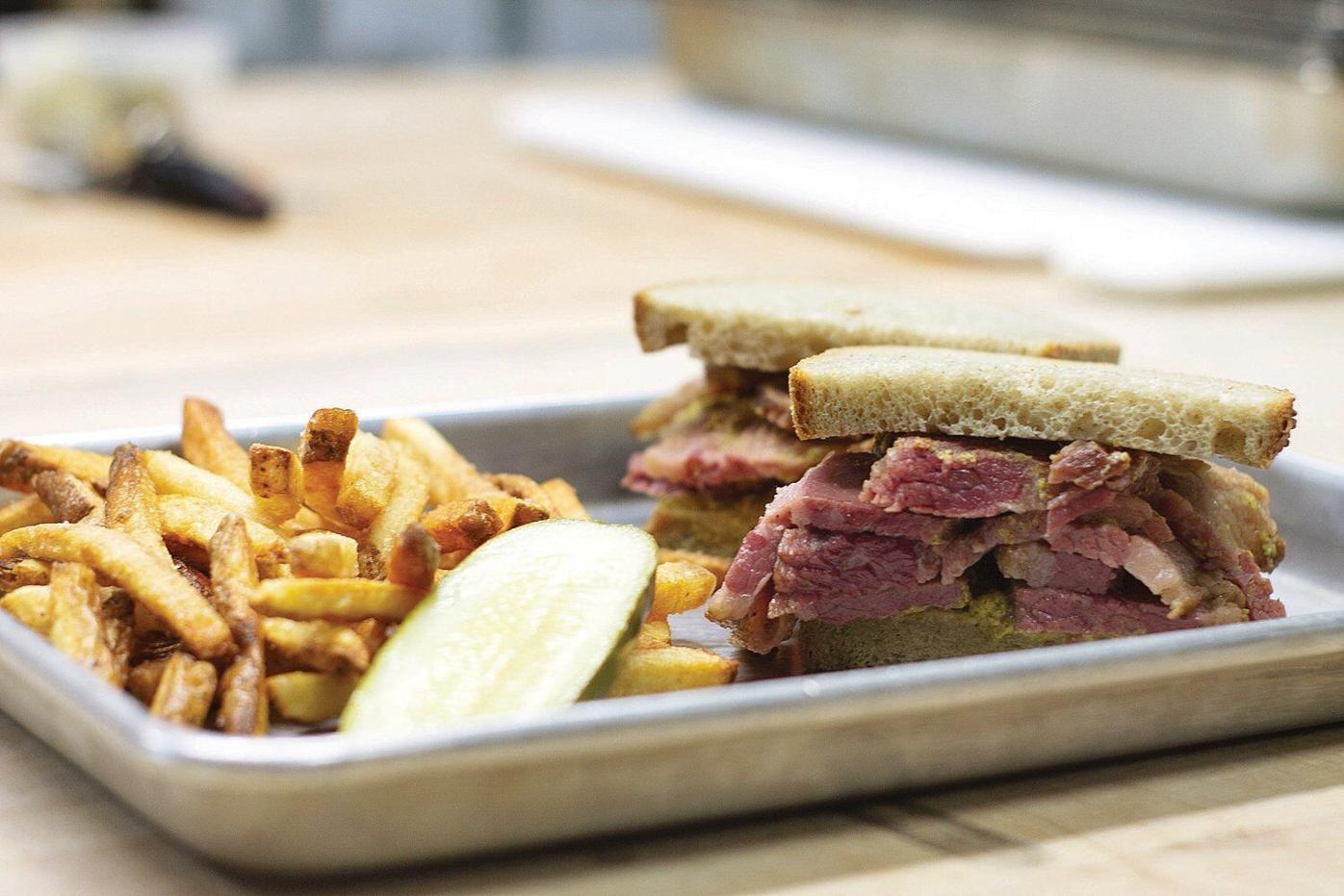 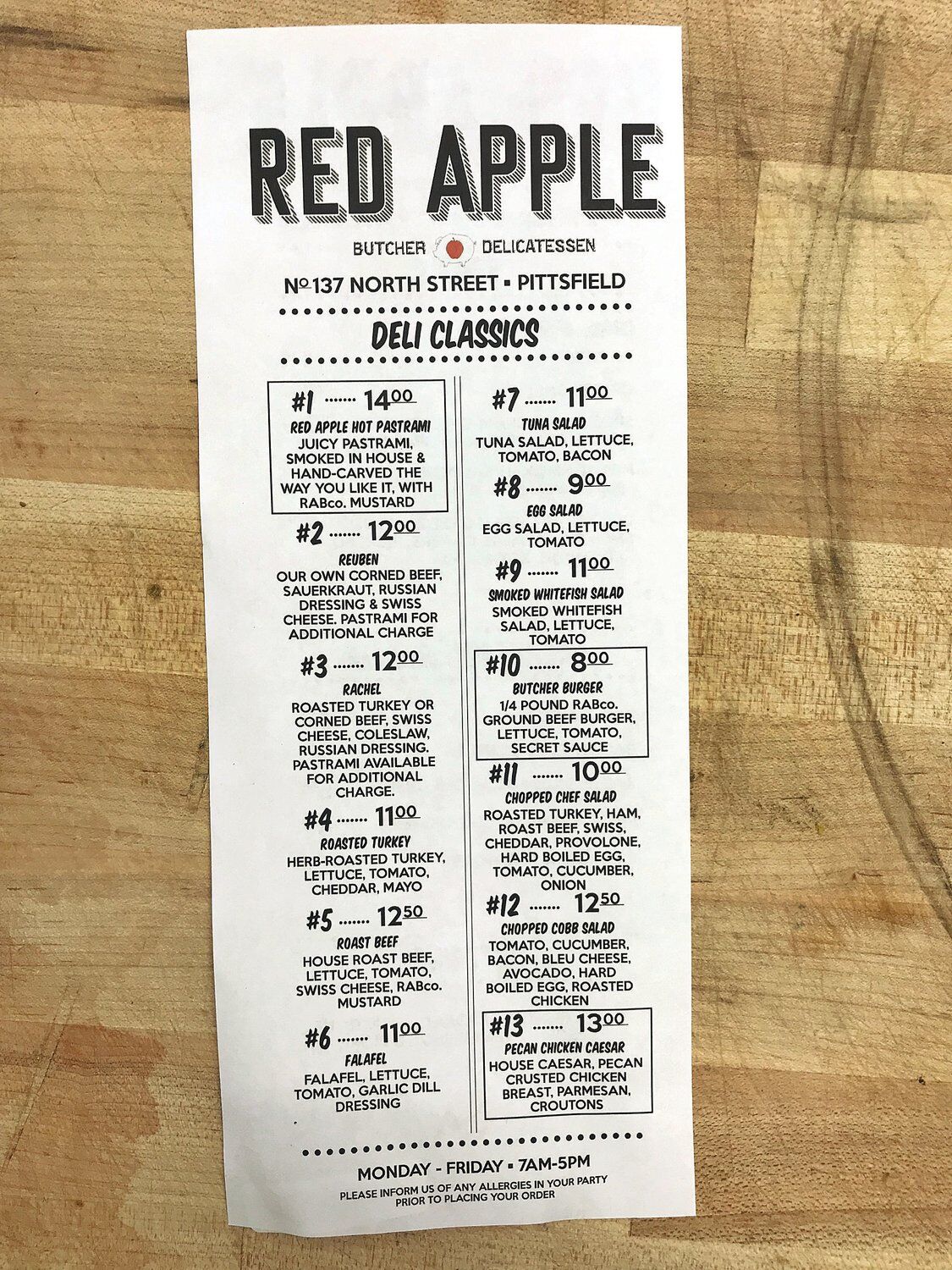 The opening-week menu at Red Apple Butchers in Pittsfield. The menu tops out at $14, with most entrees priced from $10 to $12. 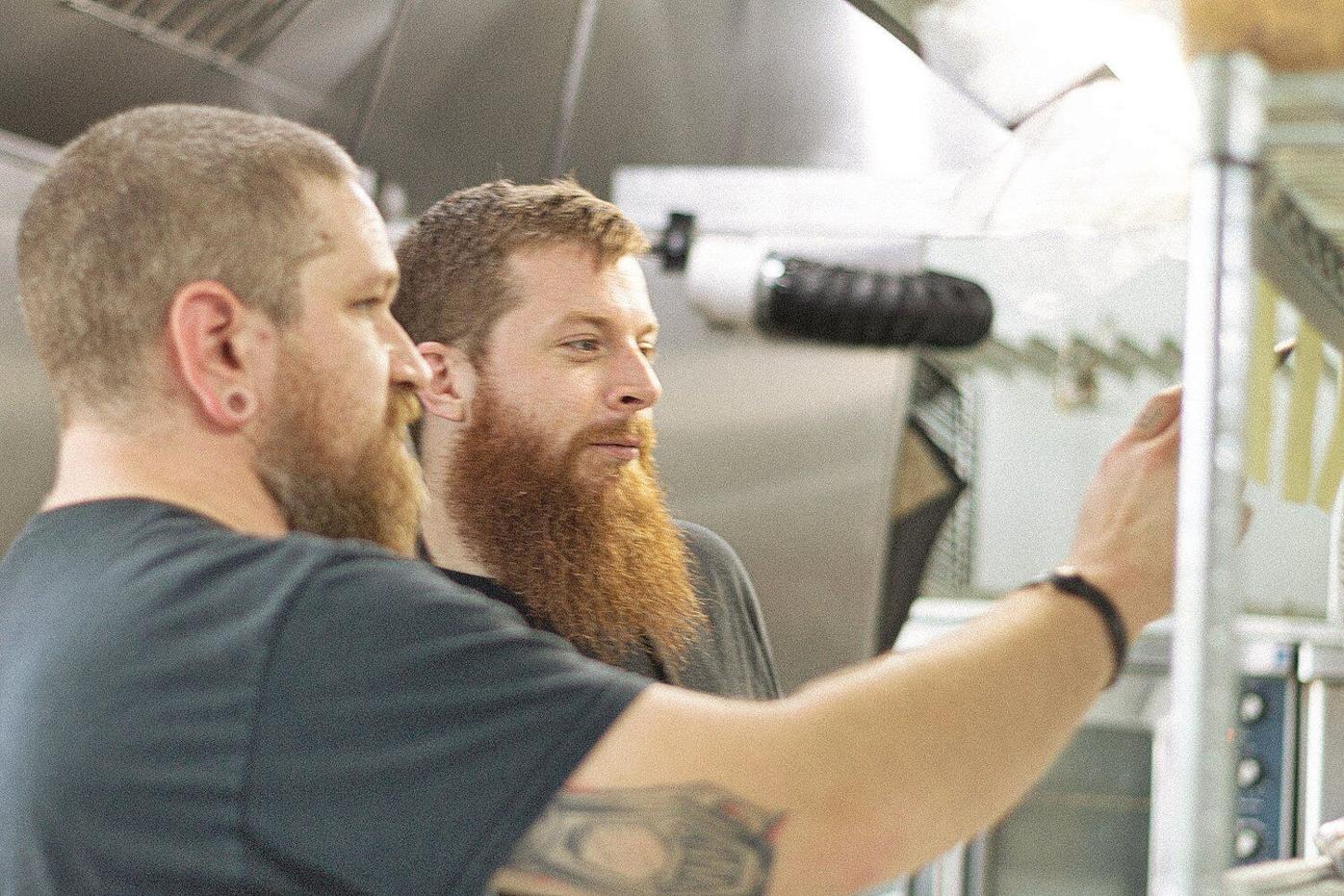 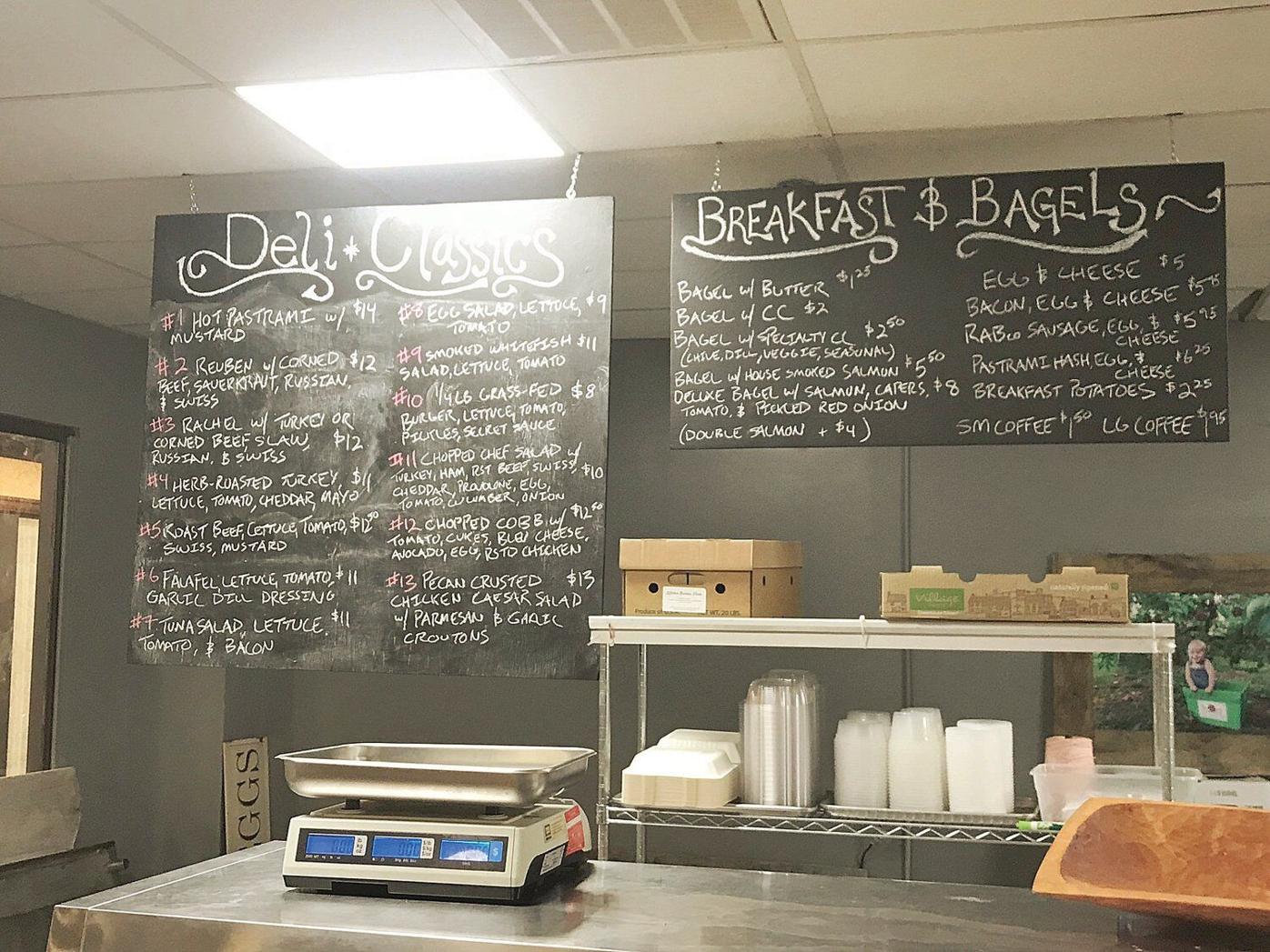 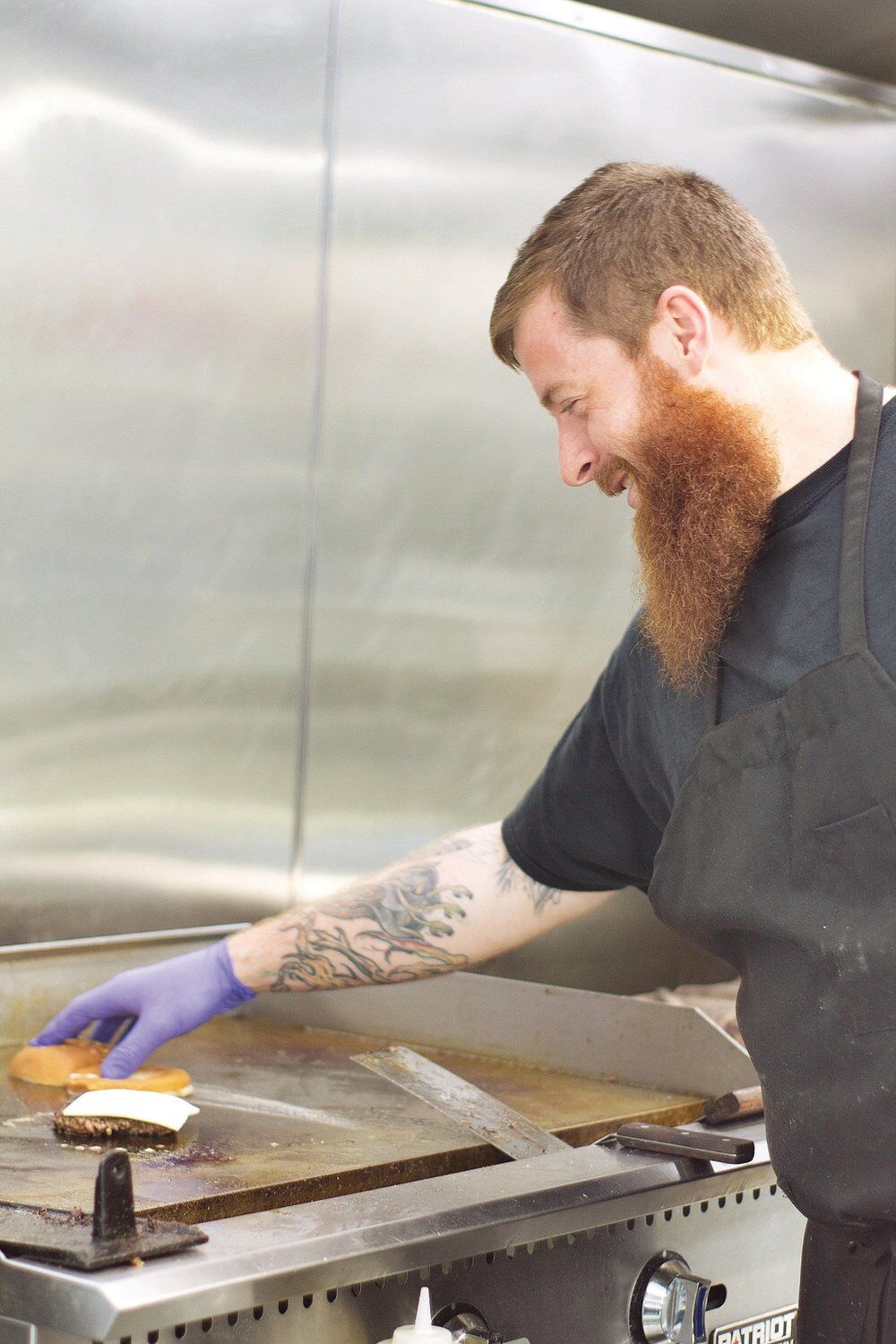 The opening-week menu at Red Apple Butchers in Pittsfield. The menu tops out at $14, with most entrees priced from $10 to $12.

Red Apple Butchers sure knows how to make a re-entrance.

The butcher shop, which originally opened in Dalton, moved to a larger space on Pittsfield's North Street in 2017 to expand its offerings. But that experiment failed because of a lack of foot traffic and, within a few months, the business closed.

Rumors began to circulate recently that Red Apple Butchers would reopen. Its Facebook page, which had gone silent for more than a year, offered fans a bit of a tease Aug. 24, through a series of posts quoting lyrics from Pink Floyd's "Comfortably Numb."

"is there anybody in there?"

"just nod if you can hear me."

And then late last month, it was made official: "RED APPLE IS BACK!"

This time, the business is a joint venture between former owner Jazu Stine; Luke Marion, owner of Otto's Kitchen & Comfort and Uncorked Wine & Beer Lounge; and the new owners of Berkshire Organics, Shaun and Amanda Opperman.

After Bigg Daddy's closed, Marion was approached by Steve Oaks, Crawford Square's landlord and owner, to see if he was interested in doing something with the space. That's when Marion reached out to Stine to talk about reviving Red Apple Butchers.

It took some time for Stine to get on board. He wanted to make sure that he had the option to offer delivery service of his sausages and nose-to-tail meats to customers, something that wasn't available before.

So, Stine reached out to the owners of Berkshire Organics, who had the infrastructure to make the delivery service happen.

Red Apple Butchers previously was a vendor located within Berkshire Organics in Dalton, before moving to Pittsfield.

It just so happened that Shaun and Amanda Opperman were in need of a new space to house their business.

"I was looking for a space where we could pack the baskets, because we took the business back to where it began with the produce baskets," Shaun Opperman said.

After several meetings with Stine and Marion, the Oppermans agreed to join the venture.

Oaks said the new partnership will allow Red Apple Butchers to have a broader appeal than just a nose-to-tail butchery.

"All of Jazu's specialty skills are going to be available and, hopefully, we're going to build a regular clientele that appreciates that," Oaks said. "The whole deli concept and breakfast is going to be a real service to the downtown community that doesn't want to miss a meal, as in breakfast and lunch."

Red Apple Butchers offers breakfast and lunch, as well as a selection of sausages made in-house, various cuts of beef and, eventually, deli meats sliced to order.

The menu includes breakfast and lunch offerings, with most breakfast sandwiches priced from $5 to $6. Bagels are available, too, with a selection of cream cheese and toppings.

The deli classics menu features oversize burgers, sandwiches and salads. Marion highlighted the Butcher Burger, a quarter-pound ground beef burger with lettuce, tomato and secret sauce for $8, and the Red Apple Hot Pastrami, described as being topped with "juicy pastrami, smoked in-house and hand carved the way you like it, with mustard" for $14. The menu tops out at $14, with most entrees priced from $10 to $12.

Oaks said he believes Red Apple Butchers can feed off the growing momentum at Crawford Square.

"Crawford Square has gone through cycles of vacancies and such. There's good energy now, and there's a building crowd with Aimee's [of Berkshire Fitness and Wellness Center] fitness programs, and they don't all have to eat pastrami," Oaks said.

"And then there's the bar that is building a presence. So, there's good energy there and maybe there's a synergy for food and that kind of thing that can spill over into the next space."

Downtown parking in Pittsfield has been a hot topic as of late, but Marion doesn't expect it to be an issue.

"Our customers are going to be the people on North Street and the people downtown who want a pastrami sandwich for lunch, who want a chop salad, who want smoked whitefish, who want a bagel with house-smoked salmon ," he said.

"So, our customers are here. We have something that you can't find anywhere else in Berkshire County that's going to be really cool to get for breakfast or for lunch."