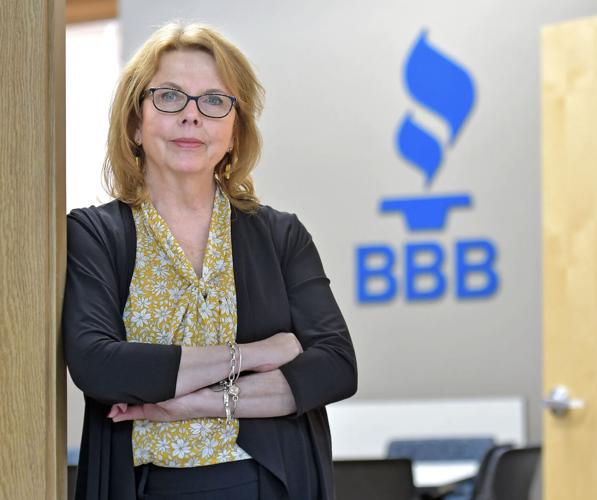 Nancy Cahalen, president/CEO of the Better Business Bureau of Central New England, credits a Great Barrington man with identifying an apparent scam involving locksmiths. The BBB conducted its own investigation after Norbert Ruthel contacted them with his findings. "He came up with a pretty extensive list," she said. 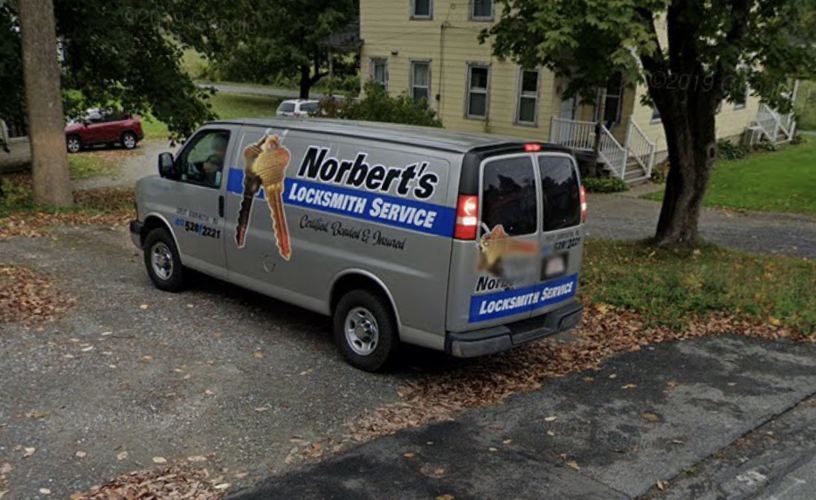 Norbert Ruthel, who runs a locksmith business in Great Barrington, is credited by the Better Business Bureau of Central New England with uncovering the operation of a scam being conducted around the state.

GREAT BARRINGTON — Norbert Ruthel was doing research on the internet recently when he came across a group of locksmiths who claimed to serve customers in Great Barrington.

Ruthel, who runs Norbert’s Locksmiths in Great Barrington, was surprised to see that all of these businesses had toll-free numbers. One had even listed Ruthel’s home address on its business site.

Intrigued, Ruthel dug deeper. What he uncovered was an apparent scam involving fake locksmiths who masquerade as local businesses and hit customers with unexpected fees.

A subsequent investigation by the Better Business Bureau of Central New England found the same scam was being conducted in other parts of the state, particularly around Worcester.

“He came up with a pretty extensive list,” said Nancy Cahalen, president/CEO of the BBB of Central New England, located in Worcester. The BBB conducted its own investigation after Ruthel contacted them with his findings.

“We went over the list and talked about it,” she said. “Something didn’t seem right.”

As of Friday, Great Barrington Police had received no reports of the locksmith scam.

The BBB has used the information that it received from Ruthel, along with its own findings, to send an alert to its members warning them of the scam. The BBB of Central New England covers 225 municipalities from Worcester County to the New York state line, along with parts of Middlesex County and seven towns in Connecticut.

Ruthel declined to be interviewed for this article. But in a media release sent out by the BBB, Ruthel said this: “People are definitely getting ripped off.”

He’s also angry that his home address turned up in the scammer’s listings. “I don’t have an office and I don’t work 24 hours a day and weekends,” he said. “I’m concerned that someone could show up in the middle of the night and start banging on my door.”

This scam is not new, Cahalen said.

How to avoid locksmith scams

“I don’t know when they started appearing in the Western Massachusetts region, but this is a common scam and it’s very broadly used,” Cahalen said. “We’ve seen this before, but there’s always a new wrinkle and the new wrinkle here is that they’re using paid advertising and searches in order to promote their businesses. It’s really important that people do their research.”

“They all go to the same place,” Cahalen said. “The concern is that this is really a call center and that they’re trying to catch people in their moment of need — when they need someone right away because they’ve been locked out. They may not do the research when they’re in trouble.”

“They took total advantage of the urgency of my situation,” a person stated in a comment left on the BBB’s ScamTracker site.

"A capable locksmith should be able to open any lock. Drilling is a scam."

The fake locksmiths also do not provide a specific name. When pressed, the BBB found they say things like, “we changed our name four months ago,” or they just hang up.

Later, the people who respond to a call for locksmith work often arrive in unmarked vans or trucks, or in a vehicle that contains a different name than the business listed on the web. Most legitimate locksmiths arrive in a clearly marked vehicle and will provide identification when asked, according to the BBB.

“A real locksmith will definitely have a lot of advertising on his vehicle,” Ruthel told the BBB.

The scammers will give a reasonable price over the phone, but often find ways to increase the price once they arrive. The BBB has received ScamTracker reports of locksmiths charging $600 to make faulty keys or as much as $345 to duplicate a key, or providing customers with invoices from different companies.

“In some cases they’ll say they can’t open the lock and that they’ll need to drill it out,” Cahalen said. “This should be a big red flag because once they drill a lock, they’re going to have to replace a lock and that will cost several thousand dollars. A capable locksmith should be able to open any lock. Drilling is a scam.”