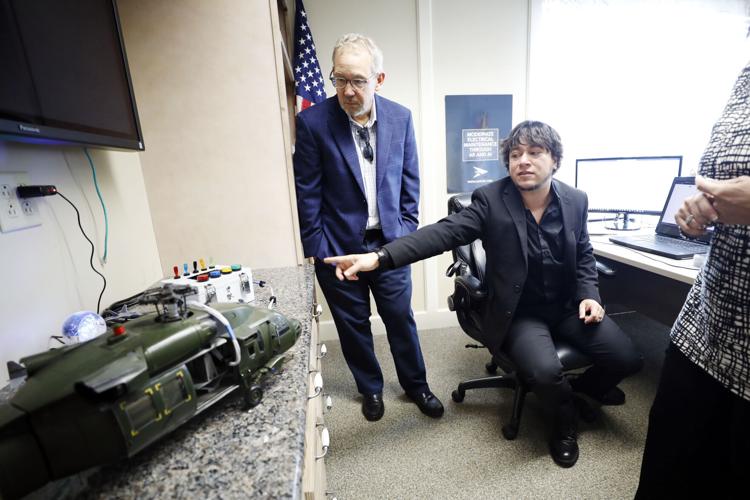 Lever Inc. has passed the $1 million mark in innovation grants awarded to entrepreneurs, intrapreneurs and start-ups. 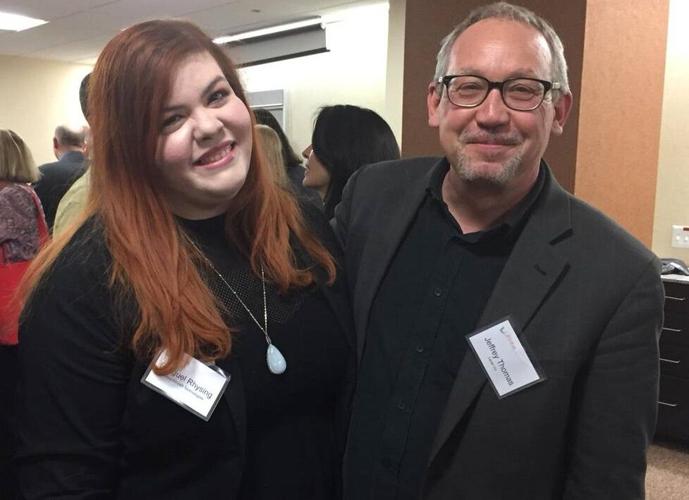 Evaguel Rhysing, co-founder of United Aircraft Technologies of Pittsfield, and Jeffrey Thomas, executive director of Lever Inc. of North Adams, attend a 2019 event at which Rhysing's company received start-up funding. The total of the nonprofit's funding to start-ups just passed the $1 million mark. 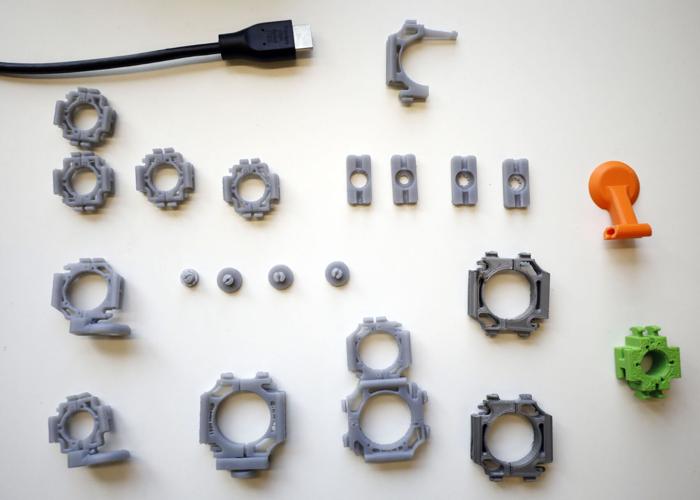 United Aircraft Technologies in Pittsfield has won a military contract to produce a lightweight clamp for use in aircraft.

PITTSFIELD — Berkshire County's roots in the innovation economy date back to the 19th century. A local nonprofit has spent eight years upholding that legacy.

Since 2014, Lever Inc. has provided funding and support to startups with innovative ideas. Now, that support has reached a milestone.

Lever passed the $1 million mark in innovation grants awarded to entrepreneurs, intrapreneurs and start-ups. The nonprofit broke the $1 million mark at an event Dec. 2 at Berkshire Community College, when it awarded $40,000 in seed money to GenH, a hydropower company from Somerville. The firm won Lever's third-annual Berkshire Sustainability Challenge.

Lever began holding business challenge events four years ago and has sponsored 25. Over 100 startups have been launched from these events.

"Somebody believes in us. And that's hard to come by."

"This challenge program that we've done has so exceeded our expectations," Lever's executive director, Jeffrey Thomas, said at Friday's gathering.

"I kind of can't process it," he said. "I really, really could not have imagined that we'd have gotten this far. A million dollars! That's crazy."

Lever's business challenges are theme-oriented events. Companies or individuals develop a product or service. After an application phase, Lever picks finalists, who work with the outfit to develop and hone their ideas. The finalists present their final products in a Shark Tank-style "pitch" contest before judges who select the winner, which receives seed money.

The funding winners receive comes from state and federal agencies, foundations and organizations that back the challenge contests. The Massachusetts Clean Energy Center of Boston has backed three Lever challenges, including Friday's event.

"I think it's the success of the companies coming out of the program," said Hilary Flynn, the Massachusetts CEC's managing director of investments. "We see a lot of activity in Boston, but we're statewide across the commonwealth. We want to be keen to opportunities everywhere."

One of the most successful companies to come out of Lever's competitions is United Aircraft Technologies of Pittsfield, which received $25,000 for winning Lever's first Manufacturing Innovation Challenge in January 2019.

An aerospace company that is developing lightweight plastic clamps to replace heavier metal clamps used in aircraft and electric motor vehicles, UAT moved its headquarters from Troy, N.Y., to Pittsfield last year, after accepting a $300,000 incentive package from the city of Pittsfield. It chose Pittsfield over proposals from municipalities in Florida, Ohio and Texas.

The U.S. Army awarded UAT $1.5 million last year to develop clamps for a new series of helicopters. In October, UAT moved from its first Pittsfield location on Newell Street to a 4,000-square foot facility at 674 North St. The company has 10 employees.

Daryan and Evaguel Rhysing, the husband and wife team who founded UAT, were both unemployed when their company won the challenge three years ago.

"The challenge kickstarted our company," Evaguel Rhysing said at Friday's event. "Daryan had been laid off, then I had been laid off. It gave us four months of salary for Daryan. Then, thanks to Jeffrey and Lever's advice, we were able to win another $14,000 from an Army program.

"We were looking for a guideline to help get the company going, so the accelerator is one of the reasons why we applied," she said. "We needed to bounce ideas off somebody who could give us structure."

UAT has more than $2 million under contract, according to Rhysing.

"We remember fondly this event," she said of Friday's gathering. "Ever since then, we've done so much that it's hard to look back. Somebody believes in us. And that's hard to come by."