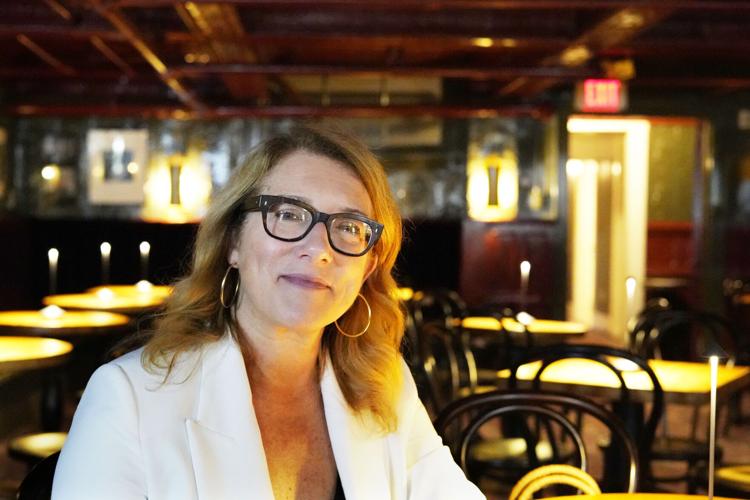 Sarah Eustis, CEO of Main Street Hospitality, said the the decision to renovate the Lion's Den, located in the inn's basement, hasn't changed what made the space special. "It was time for a refresh," she said. 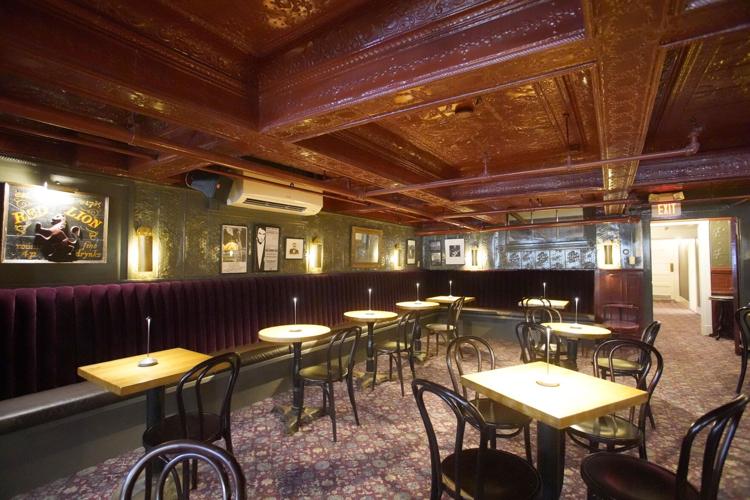 Refurbished tables and chairs are on display at the renovated Lions Den in the Red Lion Inn. 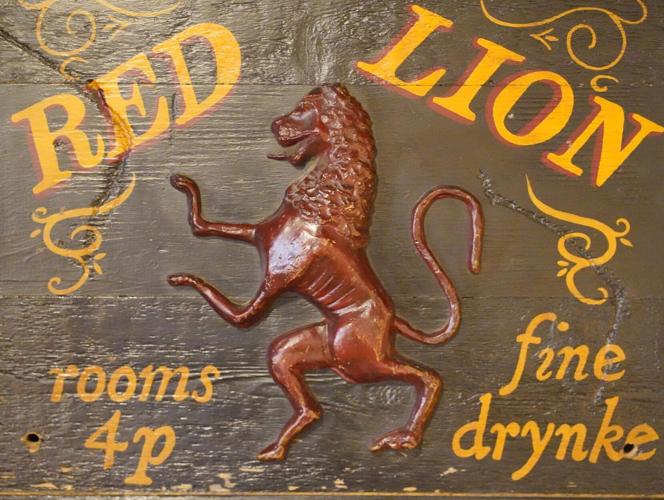 The Red Lion Inn has reopened the Lion's Den after a renovation. The decor is faithful to the Lion's Den of the past with a slightly more elegant feel. 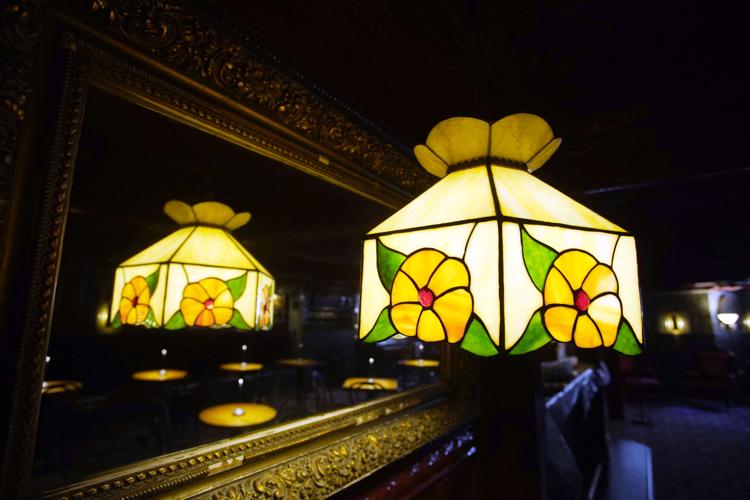 New lamps shine light down on the newly renovated Lions Den at the Red Lion Inn, which has the same atmosphere but a slightly more elegant feel.

Sarah Eustis, CEO of Main Street Hospitality, said the the decision to renovate the Lion's Den, located in the inn's basement, hasn't changed what made the space special. "It was time for a refresh," she said.

Refurbished tables and chairs are on display at the renovated Lions Den in the Red Lion Inn.

The Red Lion Inn has reopened the Lion's Den after a renovation. The decor is faithful to the Lion's Den of the past with a slightly more elegant feel.

New lamps shine light down on the newly renovated Lions Den at the Red Lion Inn, which has the same atmosphere but a slightly more elegant feel.

STOCKBRIDGE — Before it shut down in 2020 due to COVID-19, the Lions Den at the Red Lion Inn was always a cozy, comfortable place with a nice, funky vibe.

Nestled in the basement of one of the Berkshire’s oldest lodging establishments, patrons would gather in this softly lit space under the original tin roof to have a drink or a light meal and listen to live music, which was offered every night of the week.

Hang around long enough, and you might see James Taylor and his wife, Kim, stop in and perform, which they did at the Lions Den several years ago.

The popular spot reopened on Father’s Day weekend, and Main Street Hospitality, which runs the Red Lion Inn, has done a complete overhaul. There are updated furnishings, new floors, a new rug, a menu that features more bite size items, redone fireplaces that have been brought up to code, and even a newly relocated space for the musicians. But that quaint, cool ambience that made the Lions Den so special remains.

Even a classic car needs a tune-up and a new paint job once in awhile.

“The Den had been a workhorse in the 50 years since the Fitzpatrick family bought the property [in 1968],” said Sarah Eustis, CEO of Main Street Hospitality. “It’s had different phases, but it was time for a refresh.”

The renovations, all performed by local companies, took about nine months to complete and cost around $125,000, Eustis said.

The Lions Den originally opened in 1937, three years after the town of Stockbridge provided the Red Lion Inn with a seasonal liquor license, and 30 years before the Fitzpatricks purchased the lodging establishment, so changes have been made to the space before.

Eustis doesn’t know when the last major renovation took place, but said the idea behind the current makeover was to add to what was already there.

“It doesn’t mean there weren’t repairs and stuff done along the way,” she said. “Everything is still as it was. We just refreshed (it).

Ways of remaking the Lions Den were discussed after the pandemic struck in March 2020.

“We were forced to close, so it forced us to rethink,” Eustis said. “We thought that as part of our overall Red Lion Inn master planning — we have a real well envisioned strategy now — that if felt like the right time to give the Lions Den a new life.

“It still feels very much like the Lions Den, only with a little more polish.”

“We need to continue to evolve so we continue to stay relevant,” she said. “It’s not that the old Lions Den wasn’t relevant. It’s just that given now with the COVID evolution there are so many more people living here who have come here from New York City. This is a place where everyone can feel comfortable and there will be recognizable beers on the menu. But we’ve got a bird in hand. We’ve got new people coming to the Berkshires, You’ve seen the evolution of Great Barrington and Lenox and Pittsfield and everything. It’s an appeal to a broader audience.

“It’s just waking it up again, basically,” she added. “It’s been sleeping for two years.”

The most visible change to the Lion’s Den has been the replacement of the music space. Musicians used to set up against a wall located closest to the pub’s entrance from the inn upstairs. Now, they will be situated on the other side of the room by a wall with a window that looks out on Main Street, and is closer to the Lions Den’s outside entrance. The speakers and sound system have been updated.

“When you come down those stairs and you come in there are lights in your face, everyone’s looking at you, and you’re in the band. It’s a little awkward,” Eustis said, referring to the old configuration. “We thought that if the music is here everyone would have a better relationship to the music. You can do more in this corner.”

The Lion’s Den won’t have live music every night, at least not at the beginning. But an event calendar for the Lions Den has been added to the Red Lion Inn’s website for the first time. A turntable for what Eustis refers to as “vinyl nights” has been added. Spoken word performances and comedy acts are under consideration.

“We’re going to ease into what the right rhythm is for us,” Eustis said.

“There was definitely moisture and more stuff happening that had a dampness to it that we fully resolved,” she said.

The rug is similar to the old one, but is brand new. The bar is the same but has been refinished. The tables and chairs resemble the original furniture. Each table has a small rechargeable LED light placed on it.

The leather seating around the far walls has been redone, and includes fabric that Main Street Hospitality obtained from Blantyre in Lenox, after new owners renovated that historic inn in 2018 (Blantyre had previously been owned by the Fitzpatrick family).

“The things that we thought were important we’ve kept exactly the same,” she said.

Main Street Hospitality is taking a wait-and-see attitude toward the new Lions Den. It’s possible more changes are in store.

“The soft opening will go on for a month,” Eustis said. “We’re going to be tweaking and readjusting the whole time.”

Local contractors and craftspeople who were involved in the Lions Den's renovations: