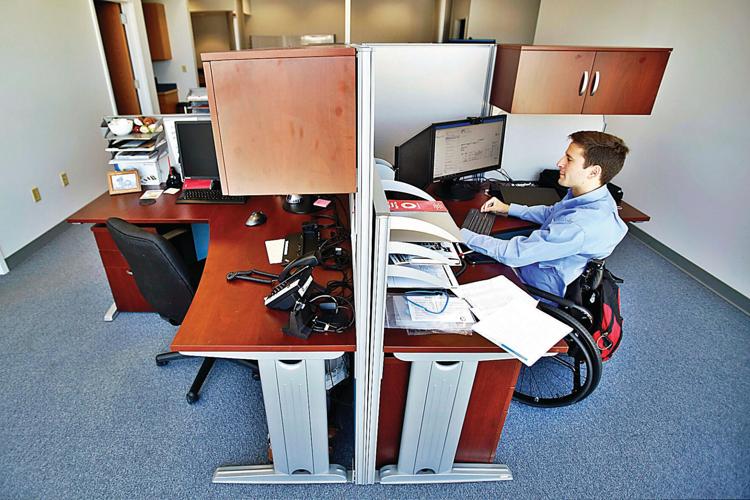 Account associate John Serridge works at his desk in the Pittsfield office of Anteris Solutions Inc, The managed services provider has almost quadrupled its growth over the last four years. 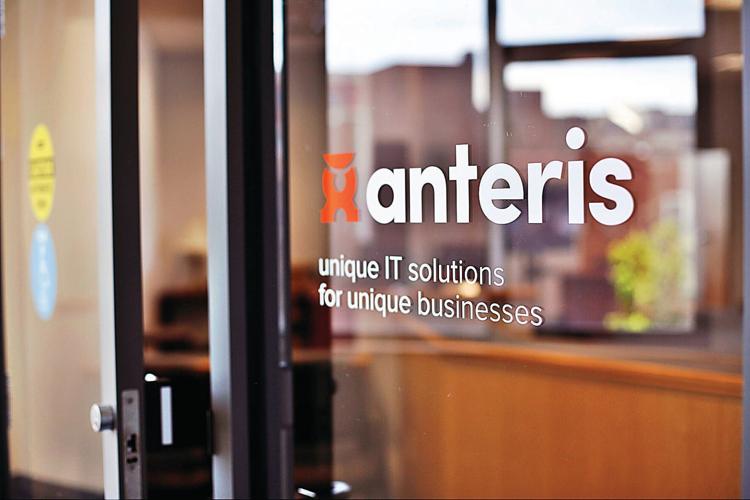 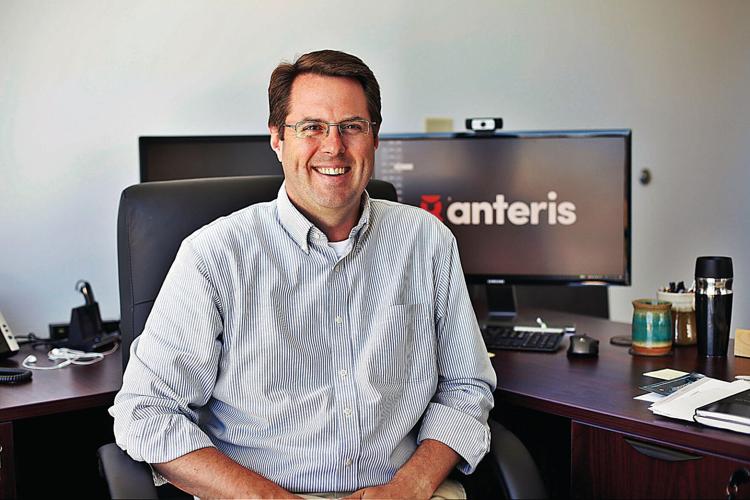 Account associate John Serridge works at his desk in the Pittsfield office of Anteris Solutions Inc, The managed services provider has almost quadrupled its growth over the last four years.

PITTSFIELD — As business becomes more technical and digital systems grow increasingly complex, so grows the need to manage all of these functions efficiently and keep them secure from hackers.

Founded in Lenox in 2002, Anteris has doubled its revenues over the three-year period that ended on Dec. 31, and nearly quadrupled them over the past four years, according to Christopher Buono, the company's chief information officer.

Although company revenue was relatively flat last year, the amount of growth in 2014 and 2015 allowed Anteris to increase its staff by 40 percent in 2016, add two additional regional offices, and open a Pittsfield office in the space that Berkshire Community College vacated in the Joseph Scelsi Intermodal Transportation Center on Columbus Avenue.

It currently has 22 employees, with 17 based in the company's two Berkshire offices in Pittsfield and Lenox. The firm also operates two remote offices in Louisville, Ky., and Asheville, N.C. Another remote office in Boston closed last year.

"2017 is earmarked as the year we begin to add clients to firm up the revenue side now that we've added our base structure," Buono said.

If this much growth seems unusual, especially under the current economic conditions, it's not. It parallels the global growth rate that managed service providers are experiencing in the information technology sector.

Managed service providers are information technology firms that manage are responsible for providing a specific set of services to their clients, either before they're needed or when the MSP determines the services are needed. Growing companies often bring in MSPs when their technical needs become too big for an in-house IT staff to handle.

In 2014, the market for managed service providers grew by a range of 11 to 16 percent to reach the $85 billion to $90 billion mark worldwide in U.S. dollars, according to the Everest Group, a consulting and research firm that focuses on strategic IT, business services and sourcing.

Sixty-four percent of end user organizations, the consumers of products and services, said their companies are currently using managed service providers for at least one operational function, or method of creating goods and services, according to CompTIA's fourth annual trends in managed services. Forty-five percent of the organizations surveyed in that report stated that they used outside help on cloud computing initiatives.

According to another survey by Business Solutions Magazine, 75 percent of the IT service providers that participated said they planned to add new services to their portfolio in 2016.

"I think the growth in managed services is really a reflection of the fact that there's a better way of engaging clients," said Alan Bauman, the co-founder of CompuWorks Limited in Pittsfield, another managed services provider that is celebrating its 30th anniversary this year. "The end result is the interaction with the client is just better in a more managed predictable way."

CompuWorks, the largest managed IT services firm in the Berkshire region with 30 employees, has experienced growth in annual revenue every year for the last decade.

"Every year for the last 10 years, we've hit a new high in terms of revenue," he added.

At Anteris, growth may mirror national trends, Casey said, but it isn't because of them.

"I think the Berkshires don't necessarily follow the national trends in that regard," he said. "A lot of our growth has been built out of solid word of mouth. We've built relationships with a lot of area businesses.

"We've done very little advertising," he said. "It's purely been by our doing well for one person."

"We come in and take an inventory of an organization's infrastructure, computers, servers and network services," Buono said.

The privately held company also provides Internet-based telephony service, a type of communication that allows voice calls and services like fax and other voice-messaging applications to be transmitted by using the Internet as a connection. These services are technically more advanced, and cost less, then traditional phone systems.

"The IT provider business is growing modestly, especially in the smaller- and medium-sized businesses because large enterprises tend to have their own IT staff," said Buono, who joined Anteris last year.

"We were fortunate to have such rapid growth in 2014 and 2015, allowing us to spend much of 2016 adding the resources we needed to continue solving that sector's growing needs," Casey said.

Anteris has local, regional and national clients. "One of our taglines is 'national reach, local feel,' " Buono said.

In Berkshire County, Anteris' clients include the Red Lion Inn, the Soldier On veterans services organization, the Berkshire Regional Transit Authority and the Haddad auto dealerships.

The firm has been working with the BRTA since 2008, according to BRTA Adminstrator Robert Malnati. Anteris monitors the BRTA's networks, provides a security firewall, performs system upgrades as needed, and maintains the monitors that the regional transit organization uses to track buses coming in and out of the Intermodal Center, Malnati said.

"They've been very receptive to our growing needs," he said. "Not only do we have staff here [at the Intermodal Center], we have staff at Downing [Industrial Park] and have the tablets and the mobile connection Wi-Fi on the buses. All that has to tie together. It's certainly above and beyond what anyone that I have on staff has the expertise to do."

Without a managed services provider, the BRTA would struggle to perform all these task with only an in-house IT staff.

"I think they have all the tools in their tool belt to do a vast number of services," Malnati said, referring to managed service providers. "We would have to have on staff, three, four or five people to do that. ... I don't think you can have that vast amount of knowledge with one person."

Anteris moved closer to both the BRTA and Soldier On's operations last year when it expanded into the 3,100-square-foot space on the second floor of the Intermodal Transportation Center that BCC abandoned when it moved to the Conte Federal Building. The BRTA's administrative headquarters are also located at the Intermodal Transportation Center, and the transit organizations runs Soldier On's veterans call center from that location.

"We've worked with the Berkshire Regional Transit Authority for a long time," Casey said, "and when BCC moved out, we saw an opening."

Anteris management and administrative staff are now located on Columbus Avenue, while the operations and technical staff remain at the company's 1,100-square-foot original office at 449 Pittsfield Road in Lenox.

The company has turned BCC's former classrooms on Columbus Avenue into a training center.

"We liked the idea of having a training facility upstairs," Casey said. "It seemed like a real good fit for us."

Anteris began 2016 with one regional office in Boston, but added the offices in Asheville and Louisville as the year went on. North Carolina and Kentucky are a long way from Massachusetts, but Buono said work with Anteris' national clients led the company to open offices in those two states.

"It happened that Asheville was on our radar," Buono said. "In our search for technical expertise we were referred to someone in Asheville. Even though we had been talking about (Asheville) as a future office, as it went along things aligned."