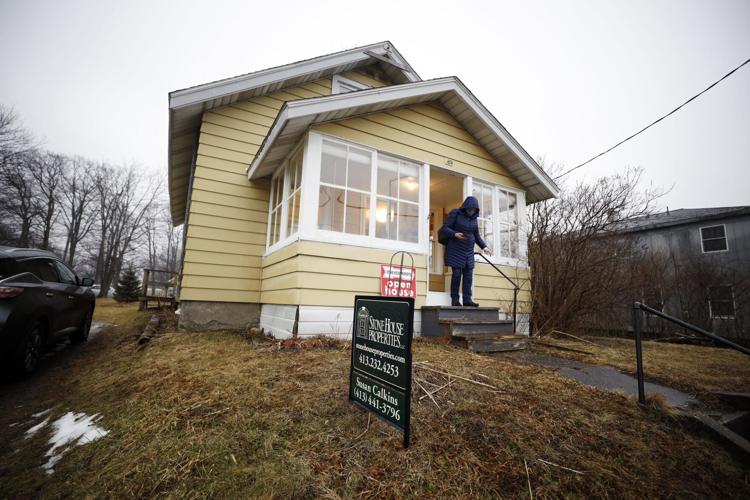 A steady stream of prospective buyers weave in and out of an open house in Pittsfield on Tuesday. With housing prices already at lofty levels and mortgage rates spiraling, many buyers may be tempted to jump in before they’re ready — or because they fear the situation will only get worse. 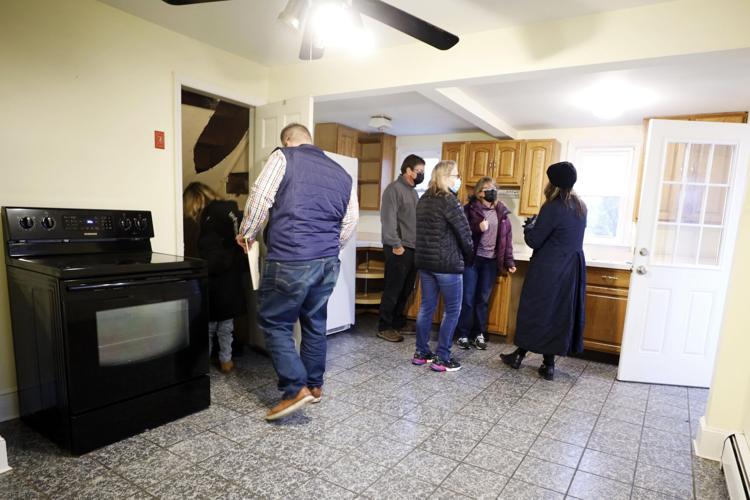 The rise in interest rates means many people have had to rein in their price ranges — by a lot. 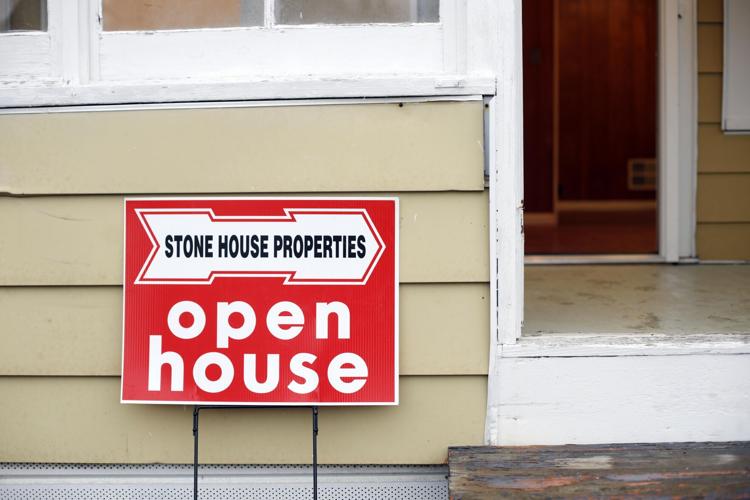 Mortgage applications have slowed lately, but the market remains deeply competitive because of the country’s chronically low supply of homes.

High inflation often translates to high anxiety, which is why many Americans are striving to lock in the cost of one of their most basic, most human needs: a home.

A neighborhood in Richmond, Va. last March. Supply chain problems are raising the cost of materials, which can blunt the appeal of homes in need of major repairs.

High inflation often translates to high anxiety, which is why many Americans are striving to lock in the cost of one of their most basic, most human needs: a home.

But with housing prices already at lofty levels and mortgage rates spiraling, many buyers may be tempted to jump in before they’re ready — or because they fear the situation will only get worse.

“There is this psychological pressure of everything being uncertain,” said Simon Blanchard, an associate professor at Georgetown University’s McDonough School of Business who studies consumers’ financial decision-making. That can make a necessity like housing feel concrete, he said.

“It might sound comforting to focus on the present and lock in this part of the budget,” he said. “The danger is you might be creating vulnerability by leaving insufficient flexibility for later.”

The national median price of existing homes was $375,300 in March, up 15 percent from $326,300 a year earlier, according to the National Association of Realtors. Rates on 30-year fixed mortgages were 5.10 percent for the week that ended Thursday, up from 2.98 percent a year ago, according to Freddie Mac.

With prices high and supply low, the search for a home in the Berkshires is 'expensive and frustrating'

That has seriously eroded how much would-be buyers can afford: With a down payment of 10 percent on the median home, the typical monthly mortgage payment is now $1,834, up 49 percent from $1,235 a year ago, taking both higher prices and rates into account. And that doesn’t include other nonnegotiables, like property taxes, homeowner’s insurance and mortgage insurance, which is often required on down payments of less than 20 percent.

With inflation at a 40-year high and the cost of just about everything rising, it’s easy to get caught up in the irrationality that has some buyers aggressively bidding up prices and skipping basic precautions, like a home inspection.

“There is a scarcity mindset right now,” said Jake Northrup, a financial planner for young families in Bristol, Rhode Island. He said he and his wife had decided to wait a year and save more before buying a home of their own.

Some prospective buyers are doing the same — mortgage applications have slowed lately — but the market remains deeply competitive because of the country’s chronically low supply of homes. That can lead to erroneous assumptions and bad judgment.

So before you hit the open-house circuit, it’s time to assess not just what you can spend but what you should spend — and the potential costs down the road.

Do a budget review.

Before you start scanning listings, it helps to have a solid understanding of what you can afford — and how different price points would affect your ability to save and spend elsewhere.

Some financial experts suggest working backward: Assume a minimum savings rate — say 15 percent or 20 percent for retirement, college savings and other goals — and account for all other recurring debts and expenses on a spreadsheet. Then play around with different home prices to see how they would influence everything else.

“The right mortgage amount isn’t what you get preapproved for but what you can afford,” Northrup said. “The No. 1 mistake I see when people buy a home is not fully understanding how other areas of their financial life will be impacted.”

What is affordable? The answer will obviously vary by household, income, family size and other factors.

Government housing authorities have long considered spending more than 30 percent of gross income on housing as burdensome — a figure that arose from “a week’s wages for a month’s rent,” which became a rule of thumb in the 1920s. That standard was later etched into national housing policy as a limit — low-income households would pay no more than one-quarter of their income for public housing, a ceiling that was lifted to 30 percent in 1981.

The rise in interest rates means many people have had to rein in their price ranges — by a lot. A family earning $125,000 that wanted to put down 20 percent and dedicate no more than 28 percent of its gross income to housing — roughly $35,000 — could comfortably afford a $465,000 home when the interest rate was 3 percent. At 5 percent, that figure shrinks to $405,000, according to Eric Roberge, a financial planner and founder of Beyond Your Hammock in Boston. His calculation factored in property taxes, maintenance and insurance.

He generally suggests allocating a conservative share of household income — no more than about 23 percent — to housing but acknowledged that’s difficult in many places. “Our calculation for affordability doesn’t change,” Roberge said. “However, the big jump in rates changes what is actually affordable.”

There are other considerations. With many Americans moving from cities to larger spaces in the suburbs, you’ll also need to consider how much more it will cost to run and furnish that home, for example, or how much extra you’ll need to spend on transportation.

Approach an adjustable-rate mortgage with caution.

Adjustable-rate mortgages generally carry lower rates than fixed-rate mortgages for a set period, often three or five years. After that, they reset to the prevailing rate, then change on a schedule, usually every year.

The average interest rate for a 5/1 adjustable-rate mortgage — fixed for the first five years and changing every year after — was 3.78 percent for the week that ended Thursday, according to Freddie Mac. It was 2.64 percent last year.

More buyers are considering adjustable-rate mortgages: They accounted for more than 9% of all mortgage applications for the week that ended April 22, double the share three months ago and the highest level since 2019, the Mortgage Bankers Association said.

But they’re definitely not for everyone. “The typical borrower is someone who does not anticipate being in the property for a long time,” said Kevin Iverson, president of Reed Mortgage in Denver.

If you know you’re going to sell before your mortgage rate adjusts, it may be a suitable loan. But there’s no telling what rates will look like in five years, and the sudden hit of higher rates pushed many borrowers to the brink during the financial crisis of 2008 (though today’s ARMs are generally safer than products peddled back then).

Don’t forget everything else.

The cost of simply getting into a home may feel the most painful in the near term, but other expenses later can be just as thorny.

A recent paper by Fannie Mae economists analyzed costs typically incurred over a seven-year homeownership life cycle and found that the biggest contributors include just about everything but the mortgage. Other continuing expenditures — utilities, property taxes and home improvements — together account for roughly half a borrower’s costs, while transaction expenses were 20 percent, the economists found.

They used 2020 loan data in which the average first-time homebuyer was 36 years old with monthly income of $7,453 and bought a home for $291,139 with an 11 percent down payment. The actual mortgage — excluding repayment of the principal loan amount — contributes about 30 percent to the total costs over that seven-year period.

Their takeaway: “Borrowing is a big piece of the cost of owning a home, but that cost often is overshadowed by utilities, property taxes, home repairs and one-time fees paid to various parties to buy and sell a home.”