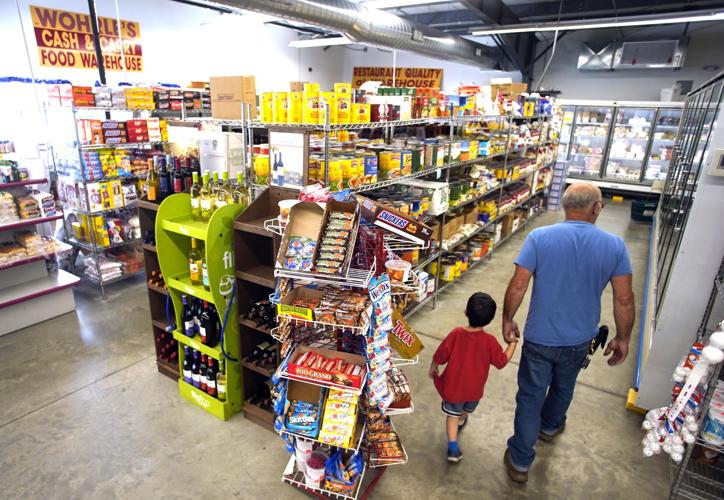 A gentleman and his grandson wander the aisles at Wohrle’s Foods in Pittsfield. Selling meats, seafood and dry goods in bulk and smaller portions, Wohrle’s Food Warehouse has overcome the threat from a national chain — and a pandemic. 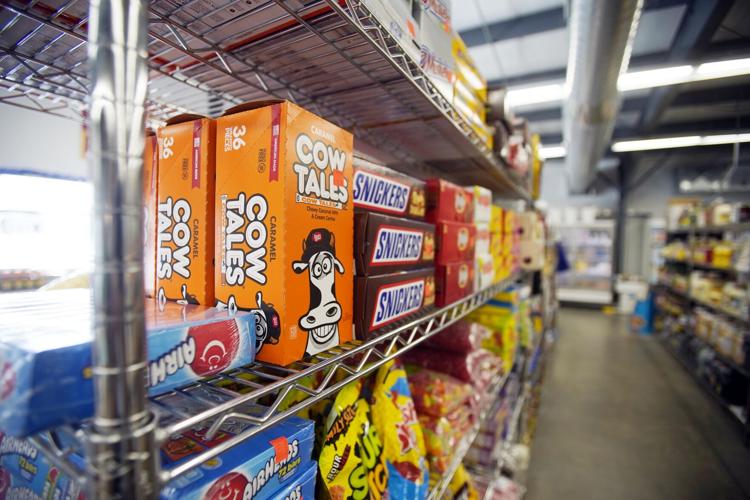 Whatever you need, they probably have plenty at Wohrle's Foods in Pittsfield.

With each letter in its name, Wohrle’s becomes exponentially more difficult to spell than, say, “BJ’s.”

Even more, when the national membership-only warehouse chain BJ’s Wholesale Club opened in 2011 off Hubbard Avenue in Pittsfield, many believed BJ’s would make it increasingly more difficult for a certain independent, family-run food warehouse at the outer reaches of East Street to endure.

Yet, 10 years later, Wohrle’s Food Warehouse endures — the public face, open Monday through Saturday, of a business that celebrates its centennial this year.

When, for instance, the Monterey Fire Company holds its 44th annual steak roast July 31, those 450 New York strip steaks that will sizzle upon open flames will come from Wohrle’s.

Why? The same reason Little League teams, booster clubs, camps, church groups, corporations and nonprofit organizations all continue to turn to Wohrle’s when the time comes to feed a throng: It’s a matter of arithmetic, quality, routine and — what?

If you love Wohrle's hot dogs, be thankful John W. Wohrle jumped off a ship more than 100 years ago ...

A look back at the 100 years that shaped Wohrle’s Foods Inc., which began when John W. Wohrle — a meat cutter from Germany’s Black Forest region — first sold frankfurters, sausage and luncheon meats from a horse-drawn cart in Pittsfield in 1921. Today, the business spans four generations and boasts 100 years of feeding Pittsfield, and beyond, high-quality baby frankfurters and meats.

“There’s a lot of pride in our community,” says Rick Robbins, the owner of another Pittsfield mainstay, Pittsfield Rye and Specialty Breads Co., founded in 1929 by his grandfather, Charlie Robbins. “It’s nice to buy local and support local, and there are people here who hold to that.”

Take, for instance, Terry Dombkowski, of Pittsfield, who last week needed the essential components for a weekend barbecue. Why Wohrle’s? The food is tasty and the prices competitive, he said, but it’s more than that.

“I like helping out the small-business guy, rather than going to BJ’s,” Dombkowski said. “These people, they’re the hometown people.”

In Wohrle’s, many see a familiar story that remains ever fresh, ever intimate, ever raw. It’s a story of belonging: an immigrant moves to town, starts a business, works long, hard hours, raises a family, supports the community, and passes the business down to the next generation that then proceeds to emulate and expand. Repeat, repeat.

“It’s the American dream, right?” said Pasquale Arace, who, along with brothers Gerardo and Dario owns Highland Restaurant on Fenn Street. Highland’s menu includes many offerings with the Wohrle label. The Araces’ father, Leon, came to the United States from Italy in 1955. His first job was as a dishwasher at Highland. Leon worked his way up to co-owner.

“That’s the story of Wohrle’s, of us and of a lot of these family-owned businesses,” Pasquale Arace said. “You support the community; the community supports you. It’s about friendships and families and commitment and community.”

Indeed, in 1960, John W. Wohrle, the German immigrant who founded the family business in 1921, was quoted in The Eagle as saying, “Pittsfield’s been good to me.” His granddaughter, Lynn Kessler, and her husband, Rob, who now run the business, say they continue the family tradition of returning the favor.

“A lot of volunteer groups and anything with the kids, we help with their fundraising efforts,” Lynn Kessler said. “We give them the best prices. We support as much as we can.”

Wohrle’s Food Warehouse itself began 30 years ago as merely two aisles of products for sale to the general public inside Wohrle’s wholesale warehouse at 1619 East St. The operation grew to include two more retail locations off-site, one in Pittsfield and another in Lanesborough. In 2010, Wohrle’s built its current 5,000-square-foot food warehouse, thereby consolidating its retail operations under one roof.

Selling meats, seafood and dry goods in bulk and smaller portions, Wohrle’s Food Warehouse has overcome the threat from a national chain — and a pandemic.

“The customer base actually grew during the pandemic,” Lynn Kessler said. “We saw a lot of new faces, and we wound up adding 25 new freezers.”

The sign reads, “Cash & Carry Food Warehouse.” Just for clarification, the “cash and carry” label is a food service expression for outlets catering to those who don’t necessarily need a case, pallet or truckload of a product. That expression goes way back — back to when Wohrle’s was still a very old business in town.

Our Opinion: For 100 years, Wohrle's has been good to Pittsfield

In 1921, a German immigrant made Pittsfield his home base for living the American dream. A century later, Wohrle's is a Berkshire institution that continues to represent our community's values and unique grit.