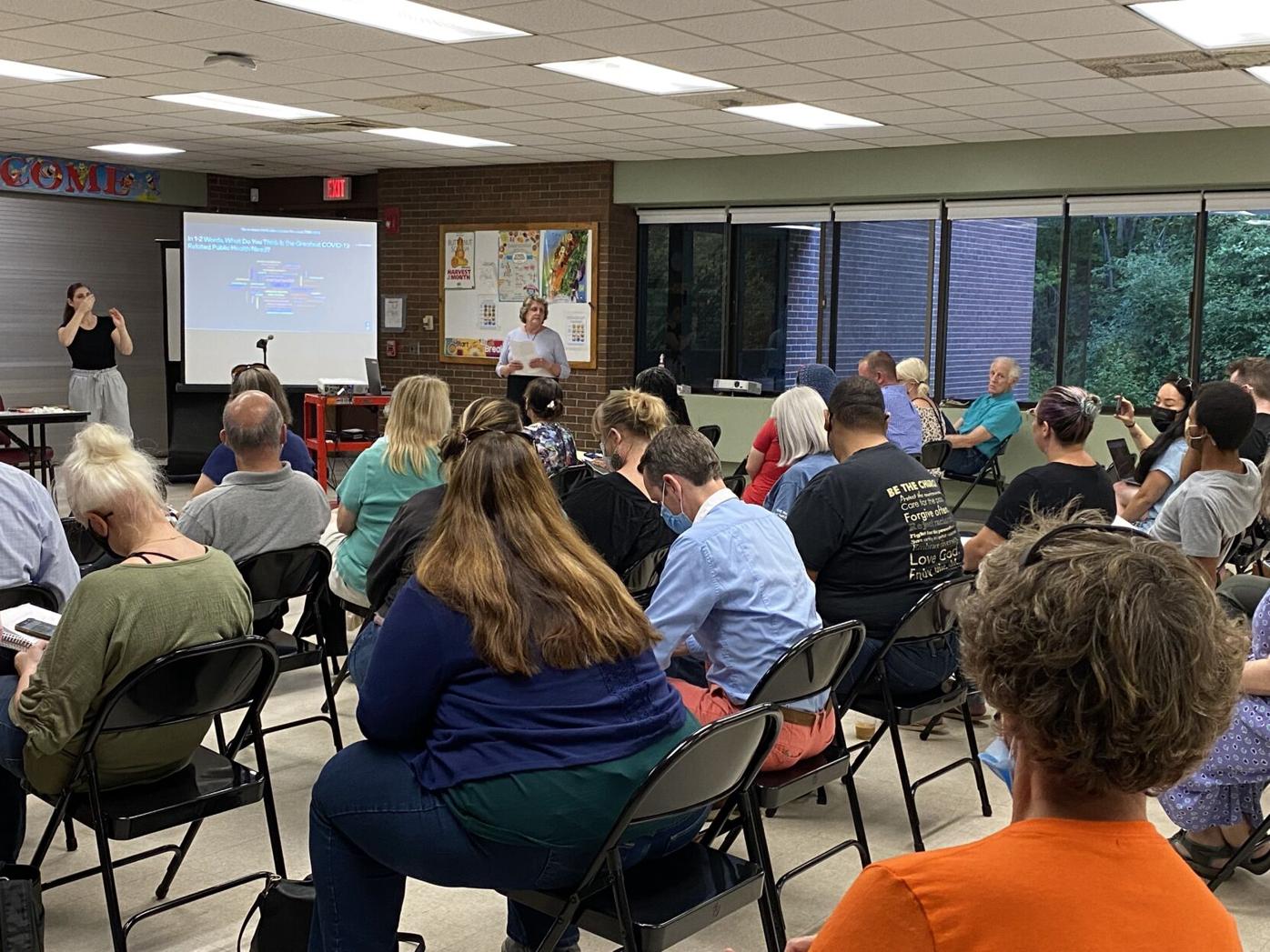 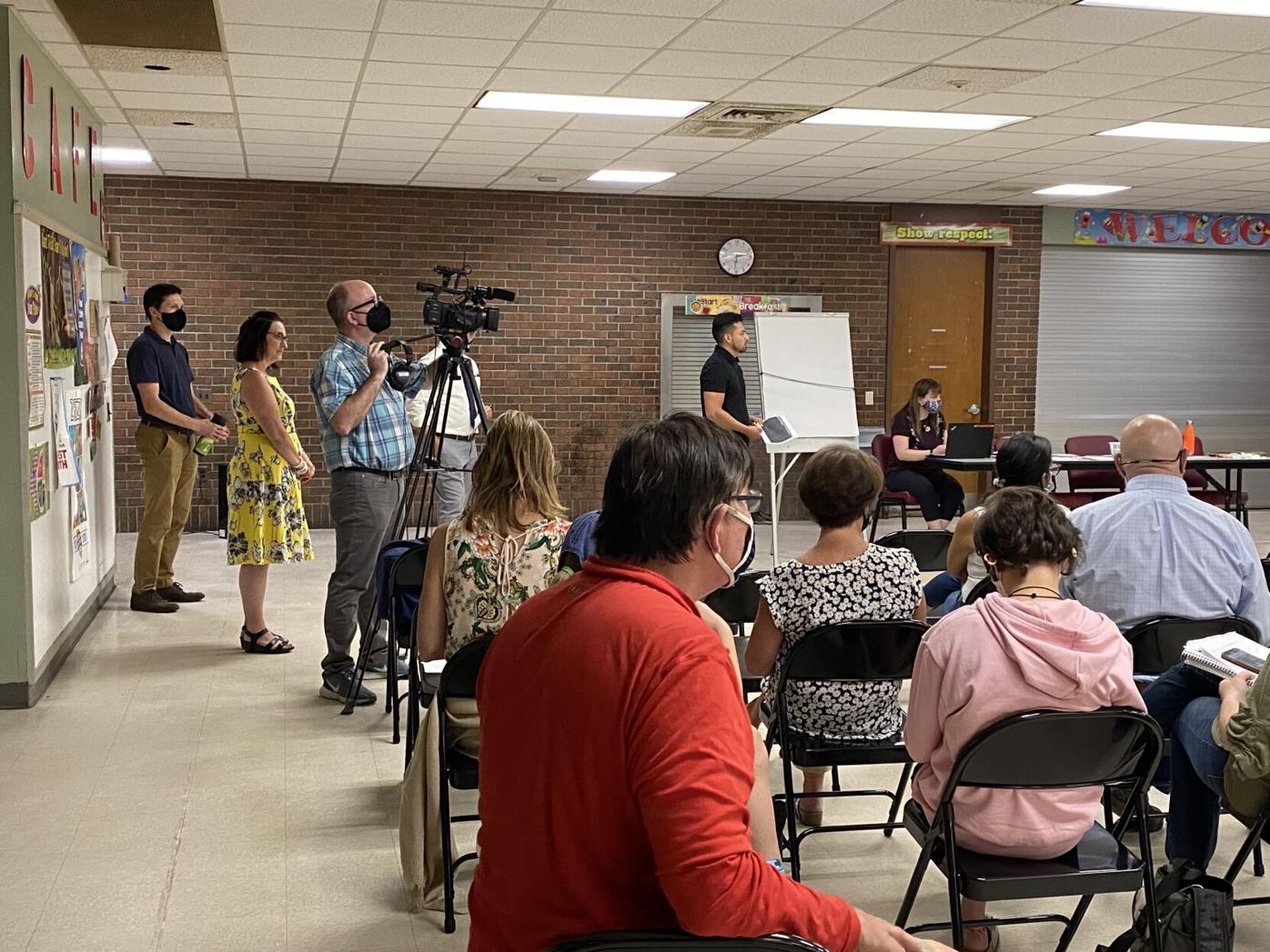 PITTSFIELD — City officials expect to receive an additional $4 million in federal coronavirus pandemic relief money this week as part of a distribution to Berkshire County. That lifts COVID-19 aid to about $20.4 million for this year.

Director of Community Development Deanna Ruffer provided the funding update to about 40 residents who gathered Monday night for a forum on potential public health and human services uses for the money.

Residents said they would like to see the city steer at least a portion of the money to affordable and accessible housing opportunities, mental health services and better supports for families with “at-risk” children or youths.

We asked, you responded: What should Pittsfield do with American Rescue Plan Act funds?

“We really need to redefine what do people need to thrive,” said Erin Sullivan, vice president of community and donor relations at 18 Degrees, a nonprofit human services agency. “Is it a basic income? Is it how we connect with people — either internet or in person? This is really a point for us to reimagine how we operate and not do things business as usual.”

The forum was part of a four-gathering series hosted by the city to talk with residents about how to use millions of dollars in aid coming to the city over the next two years. The next community forum will focus on economic recovery options for the money, and will be held at 1 p.m. Wednesday at the Berkshire Innovation Center.

The money is part of the federal government’s American Rescue Plan Act distribution to municipalities, county governments, as well as state and federal agencies.

Pittsfield initially was awarded $32.4 million and received the first of two installments of $16.2 million last month.

The state allocated money to each county as well, dividing it up for counties without central governments, as is the case in Berkshire County, to each municipality. Pittsfield will receive about $8.2 million from that county money over the next two years, putting its total aid package at $40.6 million.

Residents who gathered at the Conte Community School for the forum said that over the past year, they have seen a depletion of the safety nets for people with mental health concerns, disabilities and the elderly.

The community members, many of whom work in public health or service fields or serve as family care providers, said they want the city to make investments, not just fill gaps.

“I think stable housing would collaboratively address so much of this,” said Ariel Ramirez, a clinician with The Brien Center and a co-responder on mental health calls to the Pittsfield Police Department.

“We see people that are rotating in and out [of mental health or substance abuse treatment]” Ramirez said. “I think we could really capitalize on our ability to help people if they had a stable place to transition.”

Other proposals floated: Use the money to increase child care options for working families, create a local stimulus check, increase housing for people with disabilities and the elderly so fewer people rely on congregate care settings, and offer career enhancements (like salary increases) to fill open jobs in frontline fields.

City officials said they welcomed the ideas but cautioned that use of the money is limited. Mayor Linda Tyer said that the allocation to Pittsfield came with “about 150 pages of rules” from the Treasury Department over how the money can be spent. The city is required to quantify how each use of the money responds to a need created by or made worse by the pandemic.

Our Opinion: Whole community should be heard on ARPA spending

Ruffer said ARPA money can be used in seven basic ways in the city: to respond to the public health emergency caused by COVID-19, address negative economic impacts, help the hardest-hit neighbors in the census tracts for the Morningside and West Side, provide premium pay to low-income essential employees, offset lost government revenue, invest in water and sewer infrastructure and invest in broadband infrastructure.

Ruffer said the city doesn’t believe it meets the criteria to use money for broadband projects.

Tyer told residents that the forum was the beginning of a potentially multiyear conversation concerning the aid. She said the earliest she would expect the city to begin spending the money would be in late fall.

“If we see some really important priorities that need investment, we might start to see that in the late fall,” Tyer said. “We know that this is a lot of money and this is going to be an ongoing conversation.”

“Being in business on North Street is kind of like being really popular in high school, but having really embarrassing parents,” says Jessica Rufo, owner of Dottie's Coffee Lounge at 444 North St. “We're all doing so well, but Mom and Dad are, like, passed out in the living room and, like, their car is always dented up.”

Upon the invitation from The Eagle, Mayor Linda Tyer walked Pittsfield's North Street to discuss the concerns of the business district, which include vandalism, parking tickets, and a lack of police presence.

Look Ahead, Pittsfield: ARPA talks continue and a possible Chipotle project looms on the horizon

PITTSFIELD — Community conversations continue this week on how to spend the $40.6 million in federal coronavirus relief money headed to Pittsf…

The Three County Continuum of Care said they will make sure that some Berkshire County residents will still receive federal emergency housing vouchers even though Pittsfield Public Housing Authority declined to participate in the program.