The chart shows the concentrations of COVID-19 virus particles found in wastewater in the city of Pittsfield since early February. It shows increases detected in recent weeks, a finding that has historically predicted rising numbers of confirmed infections. 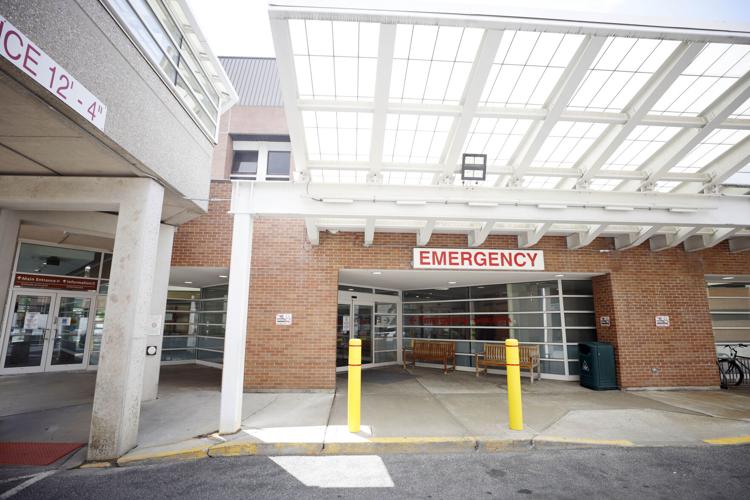 As of Friday, Berkshire Medical Center in Pittsfield was caring for three inpatients with COVID-19. In the previous week, it reported a patient census of four with the virus, compared to 12 over the last two weeks.

PITTSFIELD — The federal government now says Berkshire County is at “medium” risk for the transmission of COVID-19 — a status shared, as of last week, by just 5 percent of U.S. counties.

That may sound worse than it is.

Tallies of the virus in Pittsfield wastewater, a reliable predictor of future positive tests, have found increasing concentrations this month.

The number of new cases is nowhere near the spikes of the omicron surge in January, and even when people fall ill, vaccines and use of immunotherapy treatments are keeping hospitalizations down. The total of newly confirmed daily cases nationally is at its lowest level since last summer.

Still, tallies of the virus in Pittsfield wastewater, a reliable predictor of future positive tests, have found increasing concentrations this month, up nearly threefold since late March, amid evidence that the highly transmissible omicron subvariant known as BA.2 is now the form blamed for most new infections, particularly on the East Coast.

For the week ending Friday, Berkshire County saw 294 newly confirmed cases. New cases are up 54 percent over two weeks, while hospitalizations have dropped by 27 percent, according to Centers of Disease Control and Prevention data.

The state Department of Public Health did not update its COVID-19 dashboard on Monday because of the Patriot’s Day holiday.

In Massachusetts, the average number of new cases climbed 77 percent in the last two weeks, though the overall count is relatively low, at 30 per 100,000 people, or just over 2,000. Hospitalizations in the state were up 36 percent over two weeks, according to data assembled by The New York Times.

As of Friday, Berkshire Medical Center was caring for three inpatients with COVID-19. In the previous week, it reported a patient census of four with the virus, compared to 12 over the last two weeks. The 14-day rate of test positivity was 8.8 percent as of Friday, according to the hospital’s online report.

The CDC lists communities as being at low, medium or high risk. The government revised the way it calculated those categories and now includes in its formula the number of available inpatient hospital beds in use and hospital admissions.

In communities listed as “medium” risk, the CDC has a message, but it mainly concerns people already at elevated risk.

The CDC recommends the following: People should keep current with recommended vaccines. On that front, Berkshire County continues to lag other parts of the state.

Though the state no longer has a mask mandate for indoor public spaces, the CDC says people should don them if they have symptoms, have tested positive or been exposed to someone with the virus.

People at high risk for severe illness, the agency says, should “consider wearing a mask indoors in public and taking additional precautions.”

Around the country, headlines show public policy on COVID-19 moving in different directions.

On Monday, the city of Philadelphia reinstated a mandate to wear masks inside at public places, roughly a month after that rule had been lifted.

Nationally, signals are mixed. Though the CDC recently extended an order requiring masks on public transit, including airplanes, through May 3, a federal judge in Florida struck down that order.

The judge, Kathryn Kimball Mizelle, said the mask mandate exceeded the federal government’s authority under a public health law from 1944. The CDC has said masking is needed as it determines the threat posed by the latest subvariant.

In late February, the CDC eased rules on masking, including in western Massachusetts.

Cases are rising on the East Coast, more than doubling, since April 1, in Rhode Island and in Washington, D.C., according to data from The New York Times.

Experts note that the popularity and availability of in-home tests for COVID-19 may result in an undercount of positive cases.

Our Opinion: The tough but necessary steps toward a post-pandemic world

The recent COVID-19 uptick presents a new test in adapting our risk assessment and management skills, such as they are.

New daily cases of COVID-19 in Berkshire County pushed the region this week to the top of national lists, second only to a Connecticut county in the continental U.S.