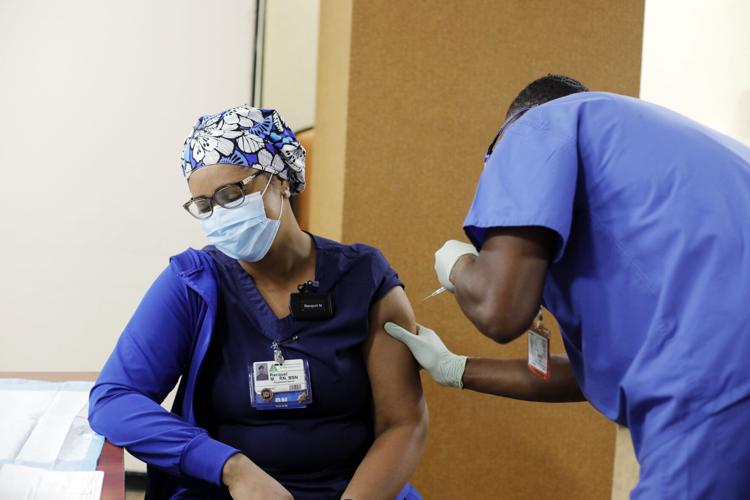 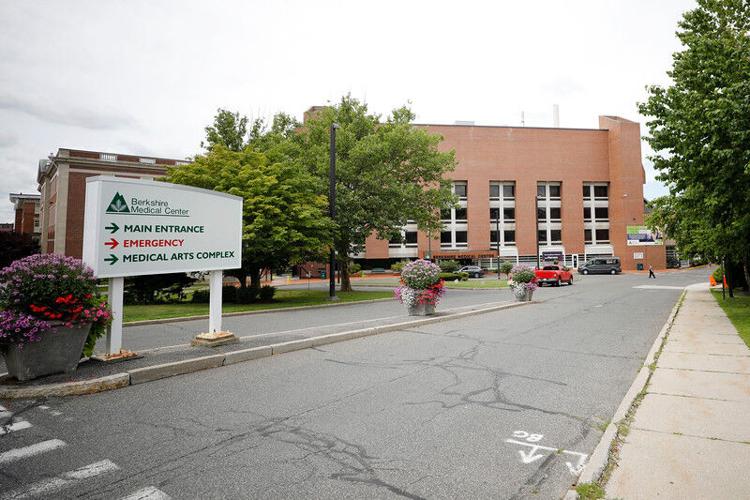 More than two months after Berkshire Health Systems announced that it would mandate COVID-19 vaccinations for its staff, about 75 employees remain unvaccinated.

The system had an 80 percent vaccination rate when the mandate went into place in August, according to BHS. As of this week, about 98 percent of the system’s approximately 4,000 employees were vaccinated.

Two weeks after the Oct. 1 deadline, BHS is pulling its unvaccinated employees from in-person work and preparing to terminate some workers. 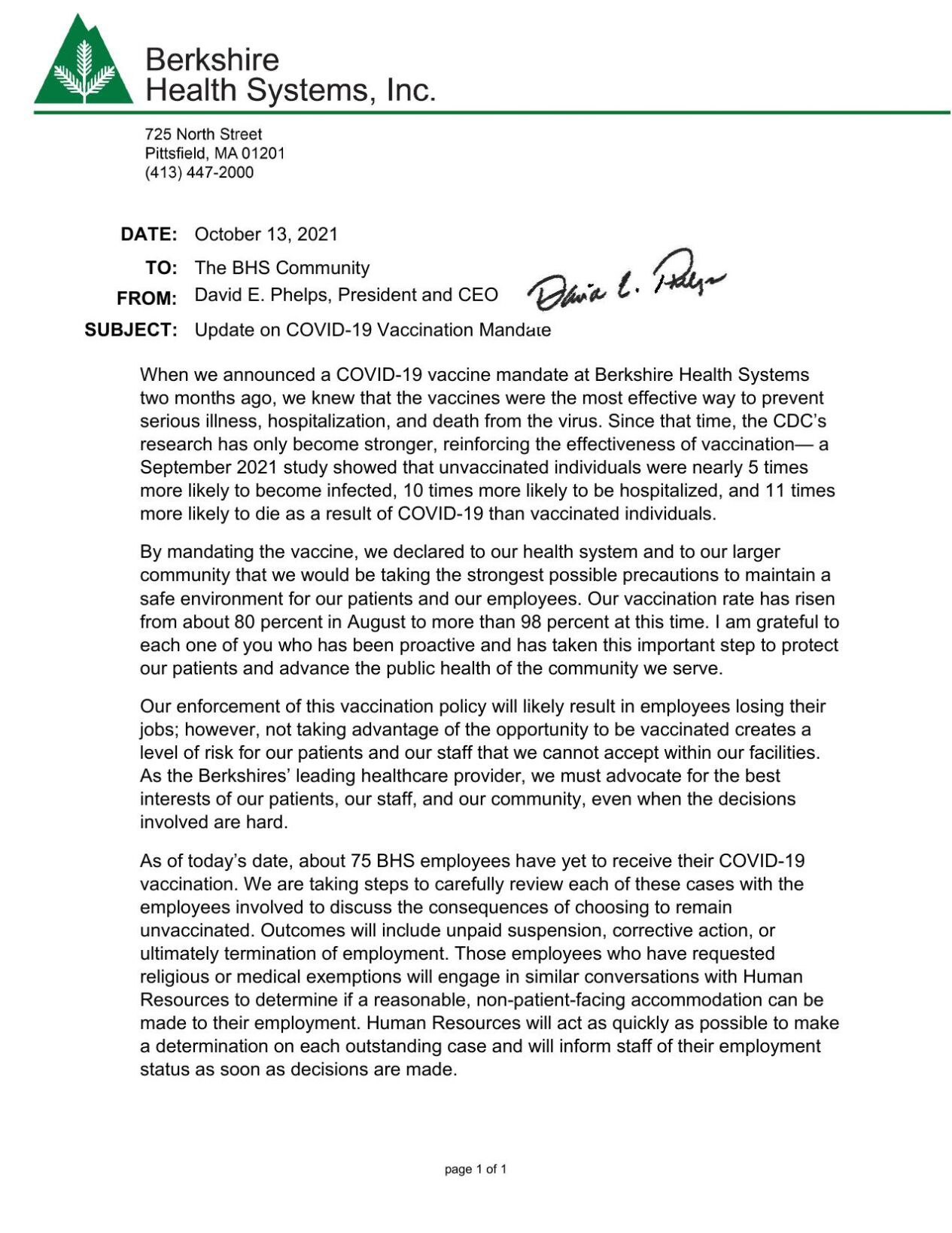 “Our enforcement of this vaccination policy will likely result in employees losing their jobs,” David Phelps, BHS’ president and CEO, wrote in a letter to staff Wednesday. “However, not taking advantage of the opportunity to be vaccinated creates a level of risk for our patients and our staff that we cannot accept within our facilities.”

Patrick Borek, vice president of human resources at BHS, told The Eagle on Thursday that some of the unvaccinated employees have requested religious or medical exemptions. A number of those will be allowed to work remotely.

But, the majority of unvaccinated employees have been or soon will be put on unpaid suspension and eventually fired, like thousands of other hospital workers across Massachusetts and the nation.

“We’re meeting with people individually to look at their job content and ways in which we could accommodate them, working remotely mostly,” he said. “But, we expect the number of people we can accommodate to be relatively small. Health care is very much a face-to-face business.”

BHS instituted its mandate about a month before the federal government announced that it would require all health care workers to get vaccinated.

Over the past two months, Borek said, the mandate has helped sway many unvaccinated employees. Some chose to get vaccinated after conversations with Dr. Jim Lederer, chief medical officer of BHS, about the science of the vaccines and COVID-19.

According to Borek, employees who refused to get vaccinated had a variety of reasons and, in many cases, a “different understanding of risk.”

“If an employee decides not to take the vaccine, our position is that we respect their ability to make that decision,” he said. “But, we have to consider safety of patients and co-workers first.”

Unvaccinated employees — those without an exemption, and those with an exemption who cannot be accommodated — will be put on unpaid suspension for 30 days. The workers will keep their health insurance through that period, Borek said. He hopes that will encourage them to get vaccinated and return to work, or help as they transition to another job.

“These are good employees,” he said, “and if they choose not to be vaccinated, and circumstances change with the pandemic, maybe one day we could have them back.”

Borek acknowledged that the firings will worsen the staffing crisis hospitals across Massachusetts and the country are facing.

“I’ve been doing health care human resources for 30 years, and this is, by far, the most serious statewide and nationwide staffing shortage I’ve seen,” he said. “Losing even a few people certainly does exacerbate that.”

Vaccine mandates for health care workers have led to firings across the country but so far have not caused the massive staffing catastrophes that some had feared.

Meanwhile, the rate of unvaccinated staff at Berkshire Health Systems mirrors the rates at some larger hospital systems. This month, the largest medical group in New York, Norwell Health, terminated almost 2 percent of its workforce — about 1,400 employees — who had refused to get vaccinated.

Richmond policy would mandate COVID-19 vaccination for most town employees

Town leaders have crafted, but not yet adopted, a proposed COVID vaccination policy for town employees, including anyone who is paid for providing services to the community — excluding Richmond Consolidated School staffers.

Berkshire Health Systems is requiring its staff get the bivalent booster. Some are yelling 'bully'

Hundreds of employees and community members say they are against a new addition to the Berkshire Health Systems’ medical mandates for staff: The COVID-19 bivalent booster shot.