PITTSFIELD — The doors to the district courthouse will stay shut until the new year, in the wake of a COVID-19 outbreak among employees.

“The Pittsfield District Court will continue to operate remotely until January 3, 2022, to control transmission among staff,” Erika Gully-Santiago, a spokesperson for the Trial Court, said in an email.

Epidemiologists will consult with Trial Court building officials about air circulation in the building on Wendell Avenue, in a review that will help to decide when to “reopen and under what conditions,” she said.

District courthouse shut down after employee, who had been in the building earlier, tests positive for COVID

Members of OPEIU Local 6, whose membership includes professional and clerical staff in the building, met with local court leadership this week, after COVID-19 was detected among staff, said George Noel, the union’s business manager.

They raised concerns about the building, which was built in 1927 and which Noel said lacks mechanical airflow on the first floor.

Noel said he contacted Chief Justice Paul C. Dawley, who he said responded by shutting the courthouse Wednesday, after an employee who had been in the building that day tested positive for the virus, raising to seven the number of staff to contract the virus since late last month.

“I’m encouraged that they’re taking it seriously and looking into it. I just want the Trial Court to follow the science, make sure that people are masked up, they’re socially distanced and they’re following the CDC guidelines,” Noel said. 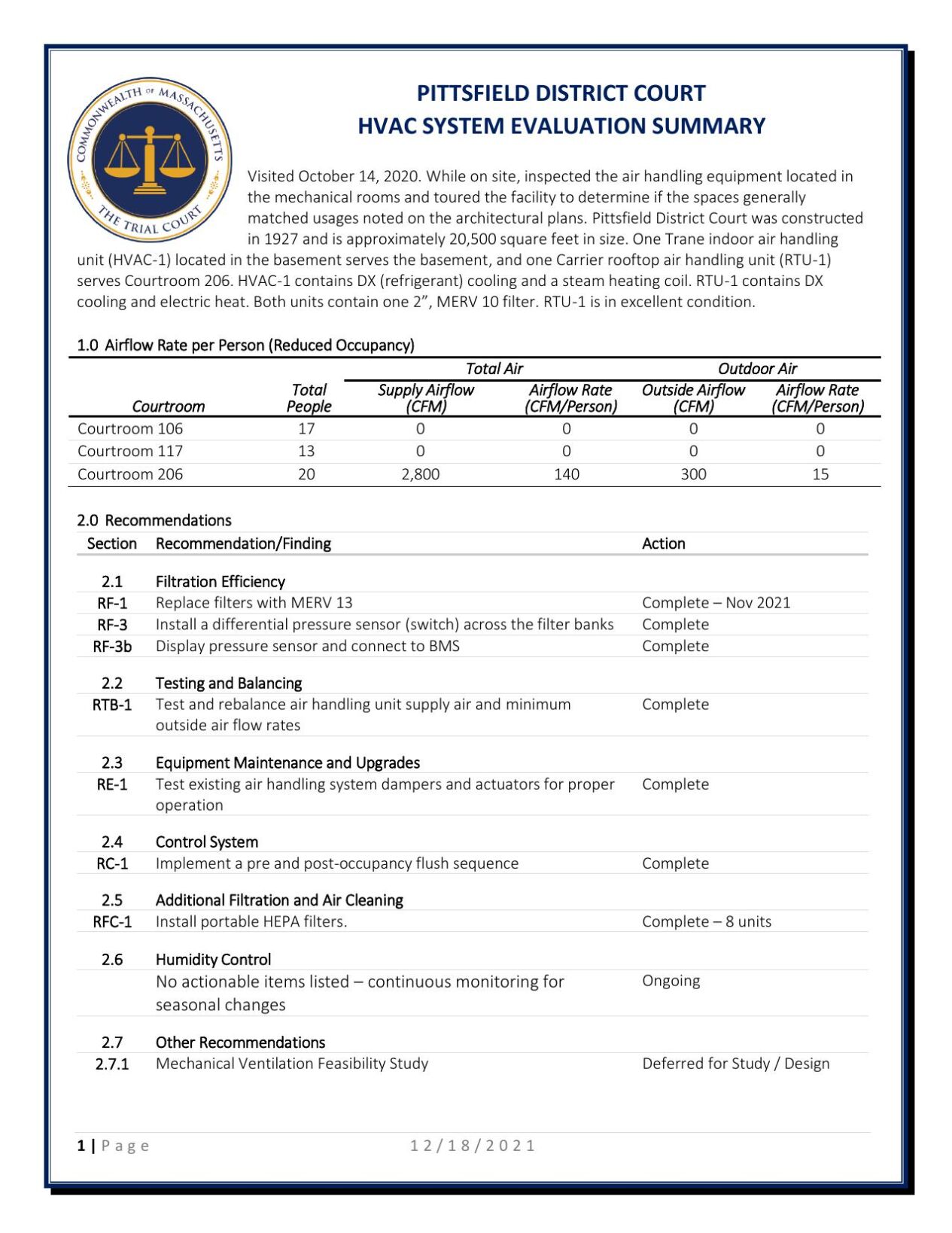 “I would hope that they do a deep clean and take the necessary steps so people can work safely, and that would include doing something that would increase the airflow,” he added.

The state also reviewed the quality of indoor ventilation at all courthouses.

“There is no mechanical ventilation in the other areas of the building, including the first floor Courtrooms and office space,” said a state-commissioned study that Tighe & Bond released March 10. 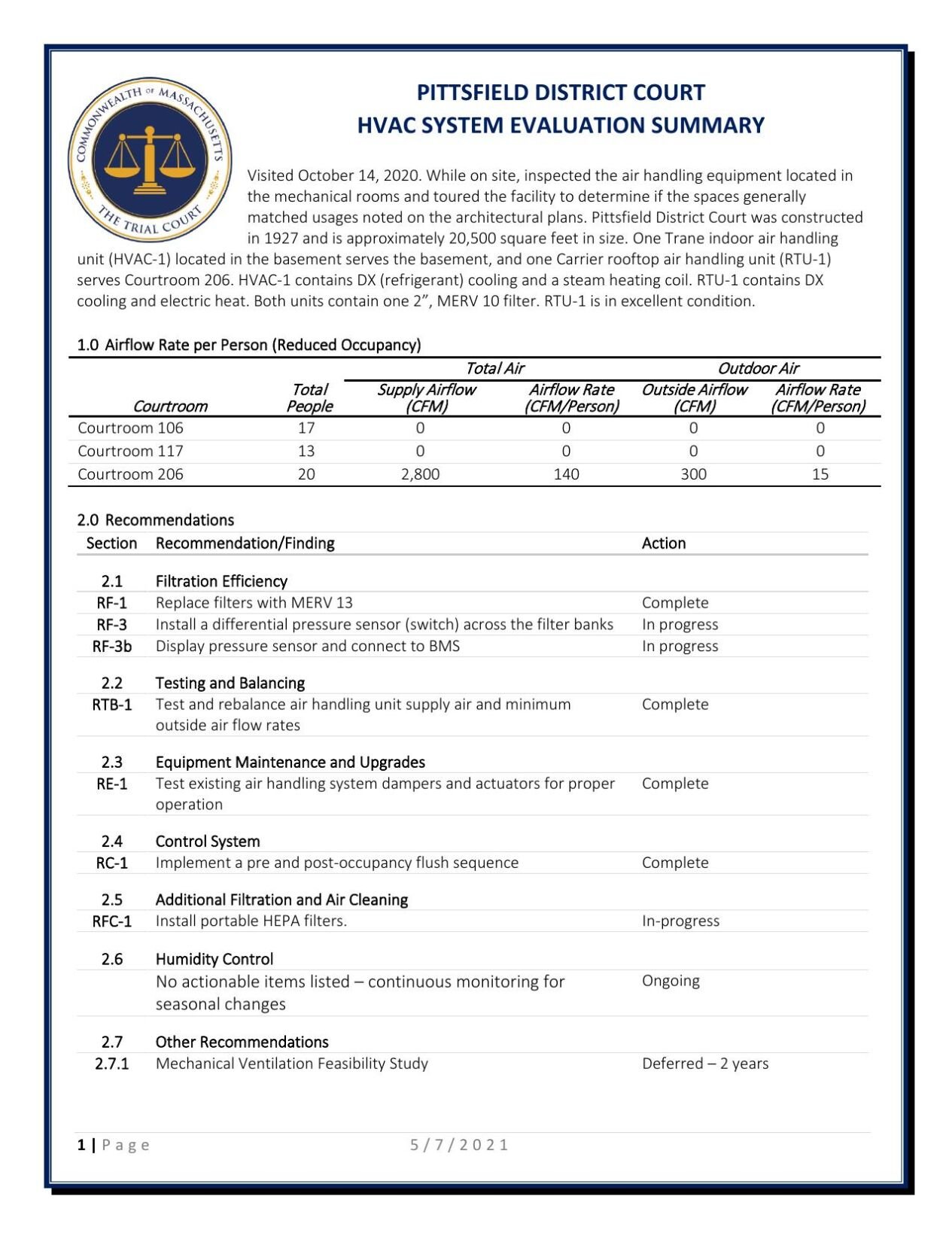 The state study found that the courtroom downstairs at Central Berkshire District Court could accommodate 17 people at reduced capacity. Before the COVID-19 outbreak, the court was functioning at full capacity, and more than that number of attorneys, court personnel and members of the public could, at times, be seen participating in and observing arraignments, and other criminal and civil proceedings.

The Trial Court implemented recommendations from the report, Gully-Santiago said, including installing eight air purifiers with high-efficiency particulate air, or HEPA, filters in the building.

Amid a surge in COVID-19, the Supreme Judicial Court has hit pause on jury trails statewide until next month.