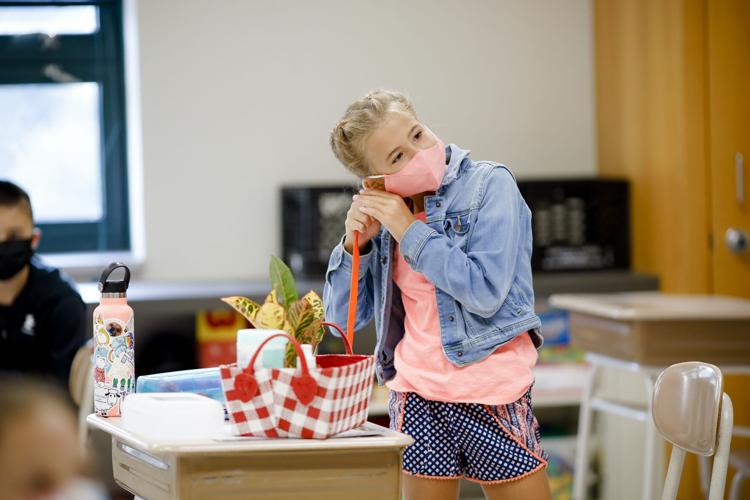 The Baker administration announced Wednesday that it will let the statewide mask mandate for K-12 schools lapse Feb. 28. 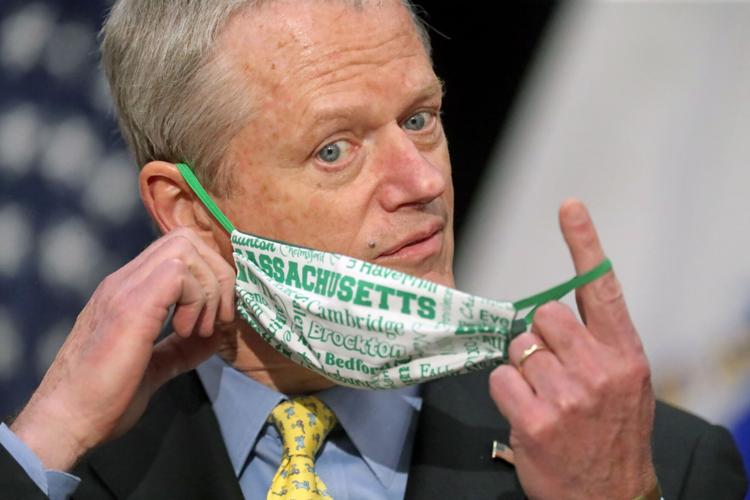 While the statewide mandate on masking in schools will expire Feb. 28, Massachusetts Gov. Charlie Baker said the administration will "fully support" anyone who chooses to mask up once the mandate lifts.

BOSTON — The Baker administration will allow a statewide K-12 schools mask mandate to expire at the end of the month, a major shift that returns decisions about masks in classrooms to the local level as the COVID-19 pandemic approaches the two-year mark.

What do you think of the decision to lift the mask mandate in schools? Take our poll

Drawing concern from the head of the state's largest teachers union and criticism from some Democrats, Gov. Charlie Baker and Department of Elementary and Secondary Education Commissioner Jeff Riley announced Wednesday that they will allow the existing requirement to expire Feb. 28.

In its place, the DESE will issue a nonbinding recommendation for mask use in certain situations, such as when a student returns after testing positive for the coronavirus.

The Department of Early Education and Care also will update its guidance to reflect a similar change, Baker said.

School districts still can choose to impose their own local mandates, and Baker said the administration will "fully support" anyone who chooses to mask up once the mandate lifts. But, when kids and teachers head back to the classroom after February vacation, they no longer will be subject to a state-issued mandate to cover their faces.

Baker said the improving COVID-19 outlook, with cases steadily declining in recent weeks, after an omicron-fueled spike, and the availability of vaccines, tests and treatments, have moved Massachusetts to a point where loosening the restriction is appropriate.

"Our kids have had to put up with a lot of disruption, a lot of time alone, and have suffered a real learning loss over the past two years," Baker said. "Given the extremely low risk for young people, the widespread availability and the proven effectiveness of vaccines, and the distribution of accurate test protocols and tests, it's time to give our kids a sense of normalcy."

Masks will remain required on school buses after the in-building mandate expires, in accordance with federal rules, Riley said. School testing programs the state has supported also will remain in place to continue monitoring for possible COVID-19 cases.

"Massachusetts actually ranks second in the nation for its highest share of kids fully vaccinated at this point in time," Baker said.

The announcement drew criticism from the Massachusetts Teachers Association, which argued that the strong statewide youth-vaccination numbers gloss over large disparities between wealthier, whiter districts and districts with more low-income families or students of color.

"Educators really want to return as much to normalcy as possible, but to do it safely, we can't throw caution to the wind at this very moment and drop the mask mandate on the day students return from February vacation," MTA President Merrie Najimy told the News Service. "We've had enough experience with school vacations to be able to anticipate a likely surge upon return. The CDC hasn't changed their guidance yet, so, we think it's more prudent to wait until perhaps early or mid-March, assess the data and then make a decision."

The administration first imposed its school mask mandate in August and has extended it three times since.

Under the existing policy, schools with a combined student and staff vaccination rate of at least 80 percent can ask for state permission to lift the mask mandate, for vaccinated and unvaccinated students, within their walls.

Riley said Tuesday that 68 schools applied for a waiver from the mandate. Forty-two received waivers, and decisions are pending on an additional 21 schools.

"We're obviously not going to take any more waivers in, due to this announcement," Riley said.

COVID-19 has created headaches or outright upheaval in three academic years, and Riley said the administration believes that removing the mask mandate will "make it easier for students to learn," particularly for young readers and students for whom English is not a first language.

The Feb. 28 mandate expiration falls on the first day back from February vacation for many schools. Riley said the state will continue to make at-home tests available before the end of that time off to "cull out any positive cases," as it did after the winter break.

"We think that will be an effective measure going forward," he said.

Lawmakers sent Baker a $101 million spending bill that targets additional investments in masks and rapid tests for schools, among other areas. Baker said Monday that he intends to sign the bill this week.

Baker and Riley said they opted to announce the impending policy change with 2½ weeks of advance notice to give local leaders time to make any additional decisions necessary. They did not attach any specific public health metrics to the masking decision or outline data thresholds, such as an average positive test rate, that would trigger automatic reinstatement of the mask mandate.

"I don't want to get into hypotheticals on this," Baker said. "What I can tell you is, we meet on a regular basis with a group of infectious disease experts, and so does DESE. We're constantly talking to them about the latest updates, information and guidance."

Over the next few months, Baker said, the state also will gain access to "a lot more therapeutics available that will be much easier to use."

"There's a lot of pieces, and you can't just focus on any one of them, which is one of the reasons why we spent a lot of time talking to people who are in the field and in the space," he said.

A handful of Democrats in the Legislature took aim at the announcement. Sen. Becca Rausch, of Needham, noted that the Centers for Disease Control and Prevention and the American Academy of Pediatrics "still recommend universal indoor school masking," while Sen. Sonia Chang-Diaz, who is running for governor, said the shift "does not reflect the reality of our situation."

"While Massachusetts cases are, thankfully, declining from our unprecedented spike last month, our numbers are not low," Chang-Diaz said. "Community transmission rates are still ranking as 'high' in every county of the commonwealth, our hospitalization rates are still as high as they were near the end of December, and the CDC still recommends universal masking for our students."

Najimy said the teachers union will continue to advocate before local officials to attach defined metrics to school masking plans and push for more spending on upgrading school ventilation systems, which could help limit the spread of the virus.

"We expect many of those districts to maintain their in-school mask mandates," Kontos said. "And we again call on the Baker administration to conduct comprehensive in-school vaccination programs, particularly in poorer, urban communities that have been devastated by the pandemic. It will be a challenge, but the governor cannot walk away from our youngest students at this critical time."

The administration's decision comes as leaders in several other states roll back COVID-19 restrictions. New Jersey Gov. Phil Murphy announced that the state's school mask mandate will lift March 7. In Delaware, Gov. John Carney said a requirement to mask up in schools will expire March 31.

For more than a year, Bay State residents have not been subject to a state-issued order to wear masks in many indoor public settings other than schools. Baker first advised residents to mask up April 10, 2020, then converted the advisory to a mandate May 1, 2020. That policy remained in place until May 2021, when the mandate relaxed.

Masks still are required in some settings, including transportation, health care facilities and congregate care.

Baker indicated that he is not considering changes on that front, stressing that the administration's focus is on "areas that involve vulnerable populations."

Some cities and towns that had indoor mask mandates, such as Salem, Lowell and Worcester, recently have moved to lift those requirements.

Stricter policies remain in place in other Massachusetts municipalities, including Boston, where patrons must show proof of vaccination to get into restaurants, indoor entertainment venues and fitness centers.

"We've said since the beginning of this pandemic that we're going to do the best we can to establish what we consider to be statewide frameworks, and if communities want to go beyond what we do, that's their call," Baker said.

Boston Mayor Michelle Wu on Tuesday said the city will lift its proof-of-vaccination requirement when fewer than 95 percent of intensive care beds are occupied, fewer than 200 people are hospitalized for COVID-19 per day and the average community positivity rate falls below 5 percent.

Leaders at Pittsfield Public Schools are still weighing their options following news from the state that masking in schools after the end of the month will become a decision made locally.

Will Berkshire Hills schools do away with masks after Feb. 28, when the state ends its mandate? Officials are thinking about it. Carefully.

Massachusetts schools this week will be able to sign up to receive at-home rapid COVID-19 tests for weekly use by their students and staff, an…

About 537,000 staff and students from participating public schools and districts have opted in to the at-home COVID-19 testing program so far,…

Masks no longer required on school buses in Massachusetts

A day after K-12 students returned to classrooms with a statewide mask mandate no longer in place, the Baker administration announced that children no longer need to mask up while riding in school buses or vans.