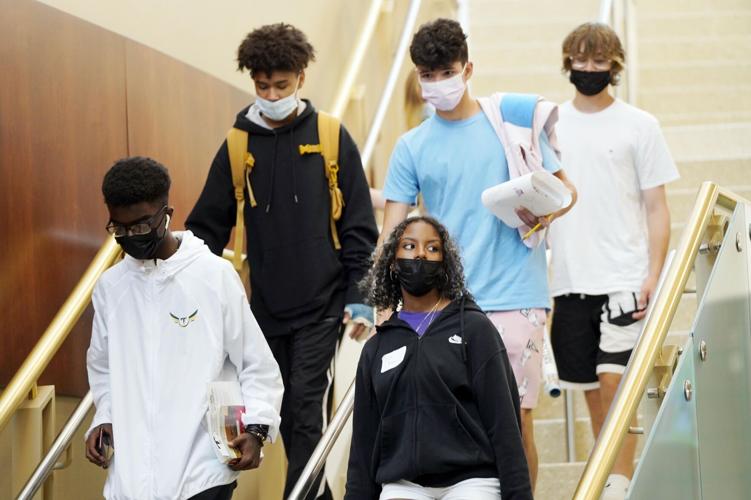 Students at Taconic High School in Pittsfield head out of the building for the summer last June. Pittsfield Public Schools Superintendent Joe Curtis announced Wednesday night that there will be a mask mandate for students and staff when school begins again in September. 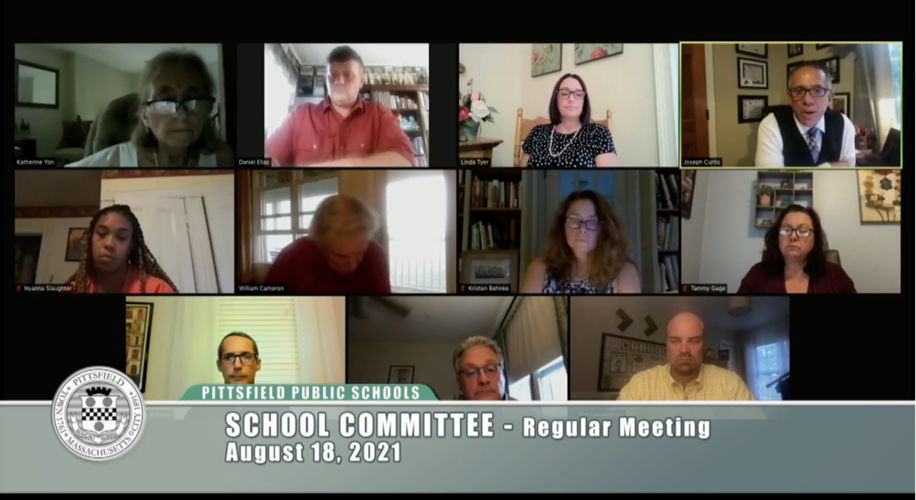 Students at Taconic High School in Pittsfield head out of the building for the summer last June. Pittsfield Public Schools Superintendent Joe Curtis announced Wednesday night that there will be a mask mandate for students and staff when school begins again in September.

PITTSFIELD — Superintendent Joe Curtis announced during a School Committee meeting Wednesday that he would be enacting a mask mandate for the upcoming school year.

Curtis said he would be requiring all students and staff to wear a mask while indoors at school buildings and while on school transportation.

Curtis said he would be enacting the public health policy under authority the School Committee granted him on May 21 to amend the district’s face mask policy. The committee was not required to vote on the policy change.

The superintendent also said he’d be creating distancing standards for school business, asking everyone to maintain a distance of three feet “where possible” and four to six feet of distance between students during meal services.

He said students will be required to face the same direction while eating unmasked.

The district won’t be limiting attendance or concessions at school sporting events, but will require staff working concessions to be masked and is “strongly recommending” any unvaccinated people at school events to mask — even if they are outdoors.

Curtis said the district is looking into purchasing BinaxNow — a rapid result COVID antigen test — for testing and will be talking with the United Educators of Pittsfield about having school nurses conduct the tests in schools.

Curtis said his decision was driven by the current public health data and a desire to keep students learning in schools as safely as possible.

“We must take every mitigation measure to ensure that our students remain in in-person school for the entire school year,” Curtis said. “We cannot have another school year where our students are going back and forth between hybrid learning and remote learning.

“That would be another year — on top of the year and a half — where are students have lost a great deal of not only education but also social-emotional supports and being with their peers.”

School Committee members said that they have heard almost evenly split opinions on masking from the community, but unanimously supported Curtis’ road map for masking in schools in order to maintain in-person learning this year.

Committee member William Cameron said that he’d heard from residents that masking was “abusive” or an infringement on student freedoms. He said to not require masking would be the “height of irresponsibility” and “neglectful.”

He added that he took the opposing arguments “seriously” but couldn’t “agree with them because I think they’re both flawed.”

As of Wednesday, the Pittsfield Public Health Department reported an estimated 56 actively contagious cases of coronavirus in the city. The average testing positivity rate over the last 14 days was at 3.2 percent and the daily case rate was at 16.6 cases per 100,000 residents.

The department reports that 61 percent of Pittsfield residents are fully vaccinated.

Mayor Linda Tyer recommended that the school district maintain this masking policy until vaccines were available for all students and the district saw greater vaccination rates among students and staff.

Vaccines are not currently available for children under 12 years old.

The parents and students who called in for the committee’s virtual meeting were resoundingly in support of a mask mandate.

Taconic High School senior William Garrity said given that the delta variant is more infectious than previous strains of the virus and that vaccines aren’t available for all students yet, masking would be the best option to ensure all students can learn in school.

“Coming from a student, [a mask mandate] would be in the best interest of our safety in school and the best option is always what’s best for students,” Garrity said.

Avi Dresner, a parent of children in the district, said that he fully supported a mask mandate and voiced his support for a vaccine requirement for district staff. Curtis did not make vaccines a requirement for staff to return to school next month.

Massachusetts Department of Elementary and Secondary Education guidance to school districts from July 30 on school options for the fall.

Look Ahead, Pittsfield: School Committee to consider return to masking in schools

PITTSFIELD — With COVID-19 case counts rising in the Berkshires, the School Committee will discuss whether or not to mandate masks for the upc…

While two doctors' groups urged Gov. Charlie Baker to require that students and adults wear masks in schools, regardless of their vaccination status, the governor has so far let local officials make their own calls.

Does my kid have to wear a mask at school? Here's what we know ...

As the start of the school year approaches, Berkshire County school districts have begun to decide what their students, faculty and staff are required to do. Here is what we know from the districts that have decided so far ...

It's official: Masks required in all Mass. public schools — at least until Oct. 1

BOSTON — Students and staff at Massachusetts public schools are now required to wear masks indoors, under a policy Elementary and Secondary Ed…

Superintendent Joseph Curtis will announce Friday afternoon whether students and staff in Pittsfield Public Schools will continue to be required to mask after the February break.