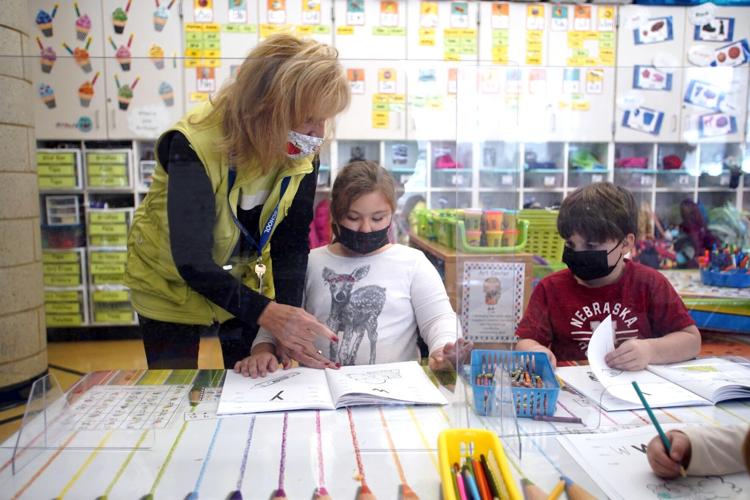 A kindergarten student works on learning the alphabet at Muddy Brook Regional Elementary School in Great Barrington. The district wants to see a higher COVID-19 vaccination rate at the school, which is currently at 50 percent. 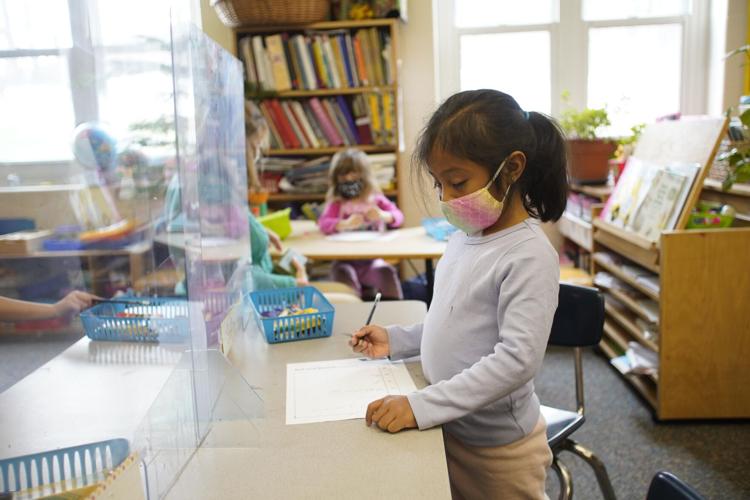 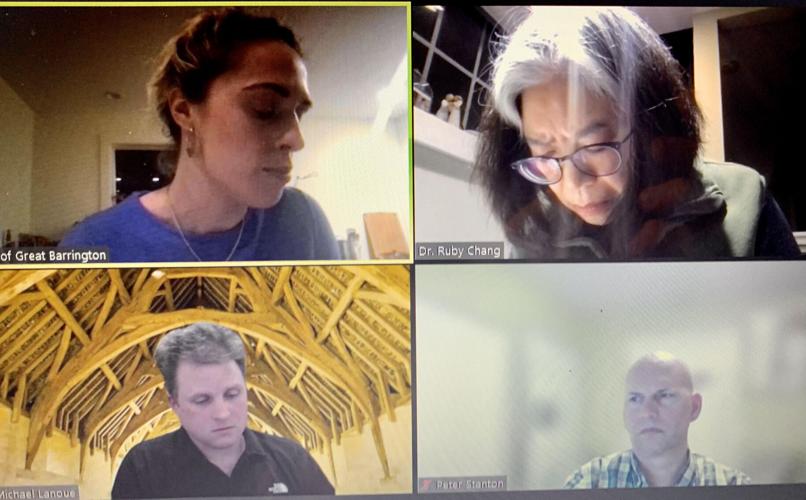 The Board of Health at its Jan. 6 meeting.

GREAT BARRINGTON — School officials looking to get more elementary school children to take COVID-19 shots tried again Thursday for a vaccine mandate for all students by way of a Board of Health edict.

“I think the other vaccinations had longer time for research, and I think that you had proven benefits immediately so that it was accepted. We do know the horrors of polio. We know the horrors of pneumococcal meningitis and hearing loss and cerebral palsy associated with them.” Dr. Ruby Chang, member, Great Barrington Board of Health

Yet again, the board met them with the same stance: no mandates, in part, due to the newness of the shots and ongoing questions of the risk/benefit ratio of giving them to children for whom the virus presents a relatively low risk.

Board members appear to have differences about the vaccines. They agree, however, that these should not be added to the list of childhood vaccinations required to attend the Berkshire Hills Regional School District’s three schools, like those for polio or measles — proven vaccines studied for decades.

The board plans to meet next week to issue some sort of guidance that helps families weigh the benefits and risks, and to recommend they consult with their doctors.

“I think it’s really important that we strongly avoid information that has not been proven to be true, and to also provide support for our population to understand what is happening, and also look at all aspects,” said Dr. Ruby Chang, a pediatrician. “My recommendation is very strong language to recommend getting vaccinated.”

But Chang followed this by saying she is against mandates in the case of this particular vaccine, with which “we’ve had really one year of experience.”

“I think the other vaccinations had longer time for research, and I think that you had proven benefits immediately so that it was accepted,” she said. “We do know the horrors of polio. We know the horrors of pneumococcal meningitis and hearing loss and cerebral palsy associated with them.”

Board Chair Michael Lanoue continued to ask what would be gained by possibly toying with the long-term health of children with shots that do not entirely stop the spread of the virus. “We would be encouraging [children] to take risks that they might not otherwise have,” he said.

Some studies show the vaccines may help to slow the spread of the delta variant, but the CDC in July said that vaccinated and unvaccinated had “similarly high SARS-CoV-2 viral loads,” and that “vaccinated people infected with Delta can transmit the virus.”

The Center for Disease Control and Prevention’s website also says it “expects that anyone with Omicron infection can spread the virus to others, even if they are vaccinated or don’t have symptoms.” News that basic masks don’t filter out omicron is also sowing confusion and worry.

Amid continued disruptions countywide and skyrocketing daily positive test results that have increased around 200 percent from two weeks ago, town health officials buckled up for a white-knuckle ride through another impassioned meeting. The town’s caseloads also hit a peak last week, and Berkshire Health Systems will ramp up testing again at its Main Street site, said Health Agent Rebecca Jurczyk.

The Checkup: 324 new COVID-19 cases in Berkshires, more than triple the number two weeks ago

The board has found itself in a hot seat at nearly every meeting for months, as people join remotely, armed with information to either fight for or lobby against mandates.

This latest round comes a month after the board rejected a request by Superintendent Peter Dillon that it mandate the shots.

The district’s School Committee had, a day earlier, just voted against excluding unvaccinated students from extracurricular activities. It soon appeared the tactic was unnecessary, as more than 85 percent of students in grades 7 to 12 were vaccinated. Nearly 100 percent of district staff are vaccinated.

It is the 50 percent inoculation rate of students at Muddy Brook Regional Elementary School — kindergarten through Grade 6 — that prompted Dillon’s second attempt. He wants to get that rate higher, mostly citing the dire harm the pandemic has caused students, from an academic, emotional and social perspective. He said his interest is keeping children in school. For the district’s significant number of children on free meal plans, it’s critical, he said.

“It’s this whole web of complex relationships that probably matter even more now,” Dillon told The Eagle on Friday.

Berkshire Hills mandates vaccines for staff, masks for everyone at Great Barrington schools

The district continues its routine weekly pool testing. Dillon said three students at W.E.B. Du Bois Regional Middle School had tested positive this week, though the elementary results are not yet in. Caseloads over the last two weeks at all district schools were significant, but most were asymptomatic or with symptoms “so minor people might not even know they have it.”

The boosters also are likely coming, regardless. Dillon said that is the “logical progression, but we’re not there yet.”

Boosters will, no doubt, be another flashpoint, gauging from remarks made by those who joined the board’s meeting.

Some people spoke of their concerns about reports of injuries caused by the vaccine. Others insisted the vaccines do slow the spread of the virus, including Dr. Chang, who also said the vaccines might not be perfect.

“It is the best we’ve got, and we have to put some faith in that,” she said.

The CDC says the vaccines are safe and effective, noting that 469 million doses of COVID-19 vaccine had been given in the United States through late December, and serious side effects are rare.

Parent Rebecca Gold said she was outraged that Lanoue referred to the vaccines as “experimental.” And she said the shots are a way back to normalcy for families, and for children who might view their unvaccinated peers as a threat.

“Vaccine mandates work and I think a vaccine mandate would help keep kids stay in school and it would also help improve mental health,” she said.

Dr. Joseph Cooney, who practices medicine in Stockbridge, said there is one reason why coronavirus vaccines are different from all the others required for school, and thus should not be mandated.

“This is not a disease of children; this is a disease of comorbidity,” he said, pointing to underlying health conditions that are typically at the root of serious illness with the virus. “This is a cold for children, and there’s risk to it just like there is with driving.”

Bucking the trend to ditch masks, Great Barrington to keep its advisory until weather warms

Great Barrington will do its own thing until temperatures rise. The town's mask advisory still is in effect.