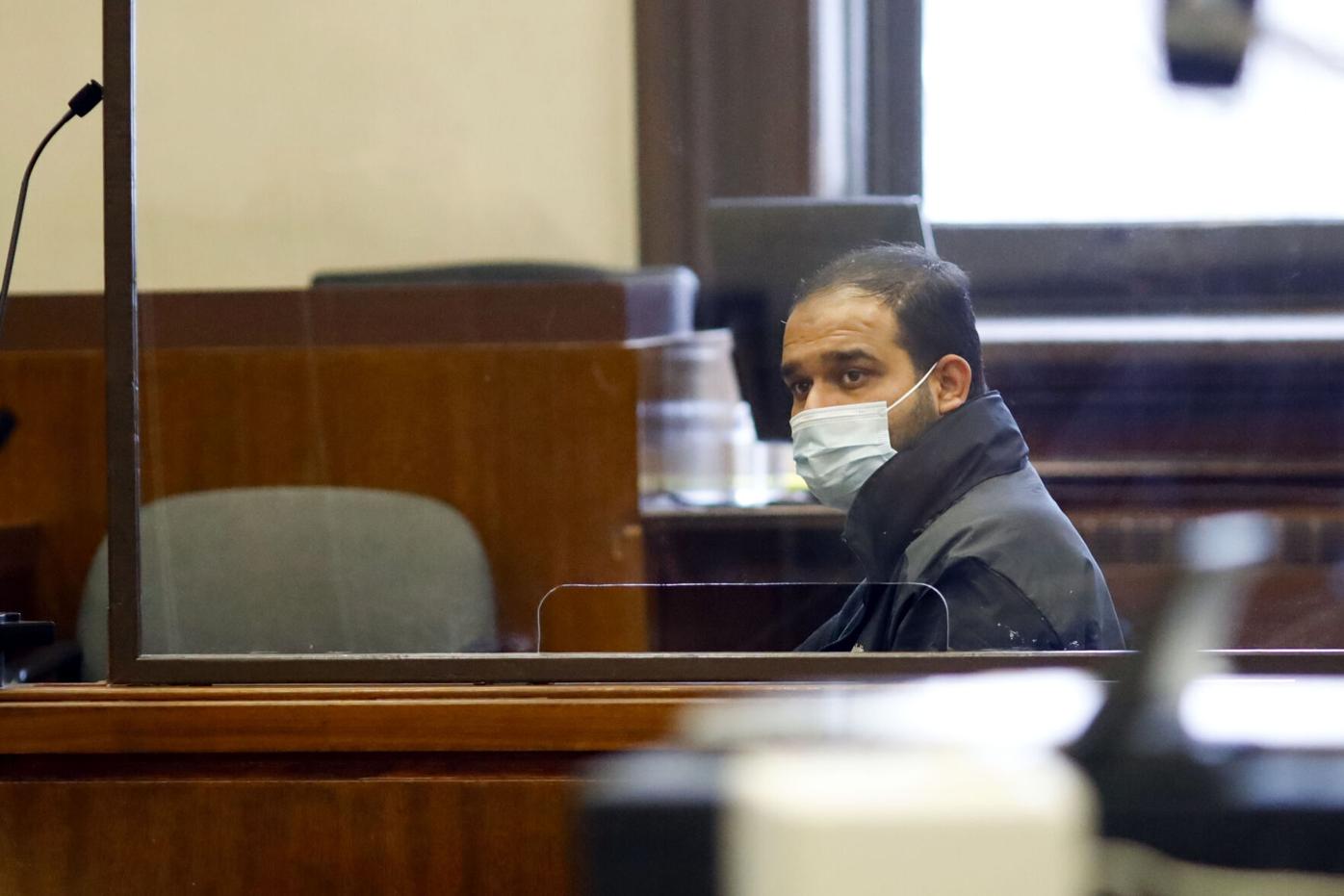 Parth “Peter” Chaudhari waits in Berkshire Superior Court in Pittsfield before pleading guilty to charges of larceny over $1,200 and attempt to commit larceny over $1,200. Chaudhari admitted to being part of a branch of an elaborate phone scam in which victims sent a total of about $300,000 in cash to various addresses in Massachusetts. As part of Chaudhari’s plea agreement with the state, he has agreed to pay a total of $120,000 in restitution and will self-deport from the U.S. to his home country of India. 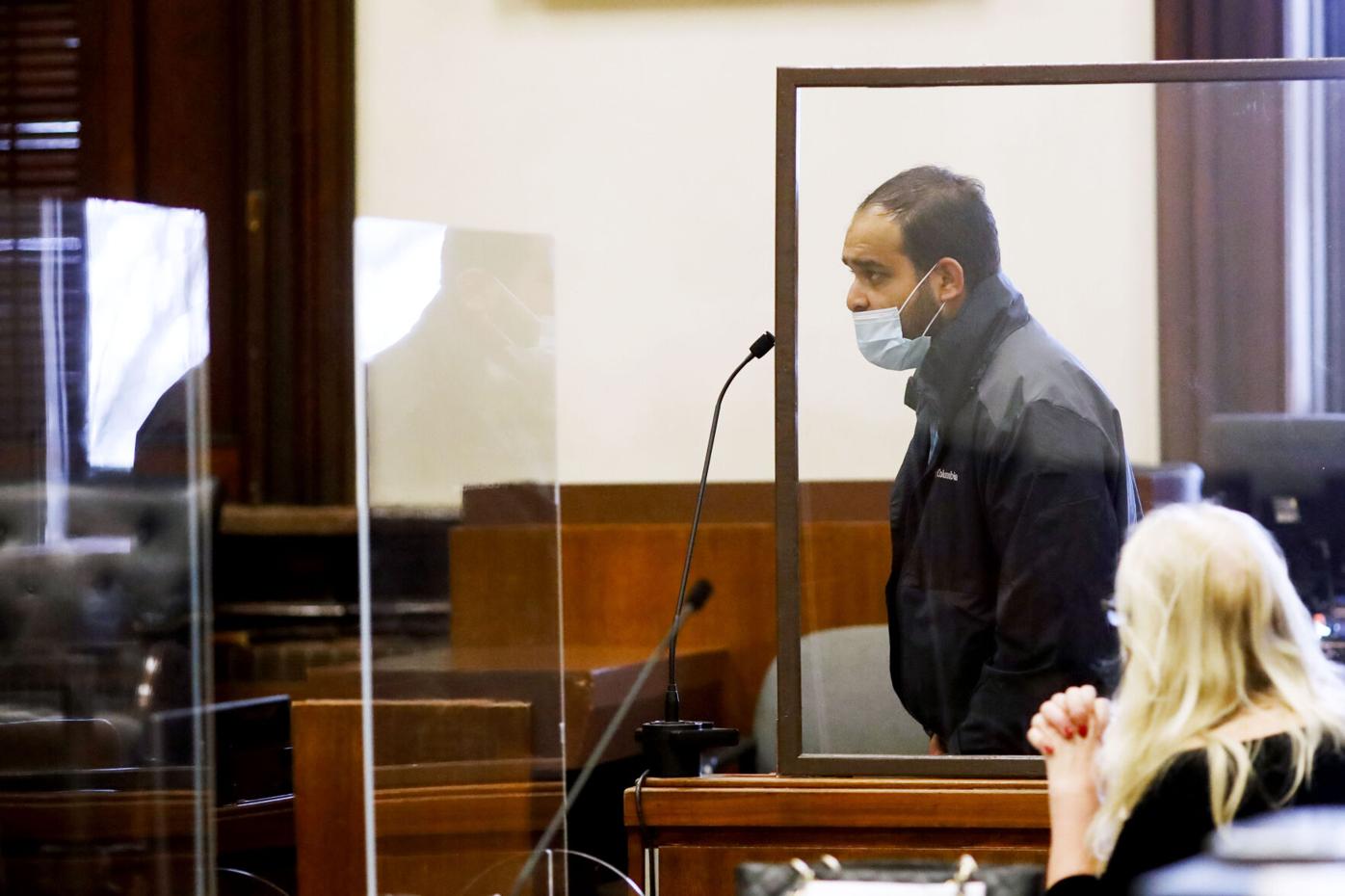 Parth “Peter” Chaudhari waits in Berkshire Superior Court in Pittsfield before pleading guilty to charges of larceny over $1,200 and attempt to commit larceny over $1,200. Chaudhari admitted to being part of a branch of an elaborate phone scam in which victims sent a total of about $300,000 in cash to various addresses in Massachusetts. As part of Chaudhari’s plea agreement with the state, he has agreed to pay a total of $120,000 in restitution and will self-deport from the U.S. to his home country of India.

PITTSFIELD — It was the start of the pandemic, and Gary M. had just been laid off from his job. Worst of all, a close family member had just passed away.

It was then that he got a phone call from someone who told him his personal information had been stolen by bad actors, who committed crimes in his name. As a result, there were warrants out for Gary’s arrest, said the caller, who pledged to help Gary M. sort through the mess.

He had become one of at least nine known victims of a complex phone scam last year that prosecutors said relied on the emotional manipulation to bilk people in seven states out of about $300,000.

A call, a ruse, and guilt: 'Known Victim' in alleged scam with Pownal ties offers warning

Chaudhari admitted to using similar phone scams to extract hundreds of thousands of dollars from victims through a scheme that unfolded locally, at locations including the Express Smoke & Vape Shop in Adams.

Defense attorney Elizabeth Quigley and ADA Valentine jointly recommended a sentence of time served for Chaudhari and restitution. Quigley said Chaudhari will also “self-deport” as early as next week to India, where his family lives outside of Mumbai.

For Gary M., what followed after the calls were months of sleepless nights, the impact of losing his life savings. The emotional toll was “immeasurable,” he said.

So down on himself was Gary M., he said in a victim impact statement Valentine read in Berkshire Superior Court Tuesday afternoon, that he considered suicide.

“I worked hard for every dime that was taken from me. I am not rich by any means, and every dollar matters,” he said.

Gary M. said he ultimately received professional help from a therapist, after confiding in his supportive sisters about his ordeal. He expressed empathy for those who have also been victims of such scams.

“If someone was affected by the same crime,” he said, according to Valentine, “I would like to tell them what happened to me, and help them to not beat themselves up.”

Chaudhari served almost eight months in pre-trial incarceration before his release from custody on $100,000 cash bail, according to the clerk’s office.

As part of a plea deal with prosecutors, Chaudhari’s bail, which was posted by his uncle, will be converted to restitution next week, after which point his criminal sentencing is expected to be finalized.

Chaudhari will pay an additional $20,000, for total restitution of $120,000 that Valentine said will eventually be disbursed to the victims.

The locally run scam, said Quigley, was a “small part of a much larger” criminal enterprise centered in the Chicago area. Those defendants were prosecuted in federal court, she said.

Berkshire County prosecutors say the Chaudharis targeted mostly seniors from as far away as California and Oklahoma, using fear and personal information to frighten potential victims into sending cash to various addresses, mostly in the Berkshires.

Valentine read a second victim impact statement written by a nurse of 38 years, who said the defendants manipulated her out of approximately $200,000. She said her life treating pediatric patients is marked by compassion, and expressed gratitude for Adams police Detective Michael Wandrei, who spearheaded the investigation.

“I daily pray for those involved in this crime,” the nurse said.

NORTH ADAMS — A third man who police allege is a conspirator in a fraud network that bilked people of about $300,000 in cash in five states also is now facing charges and remains in …