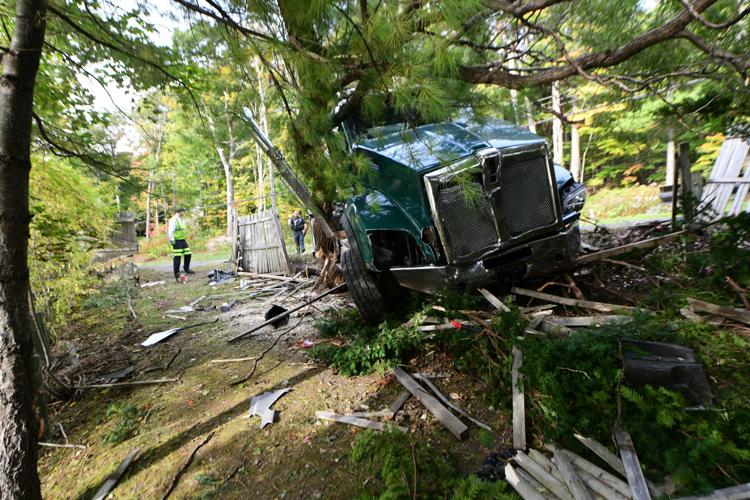 Local and state police are investigating an accident in Becket that killed a Connecticut man. 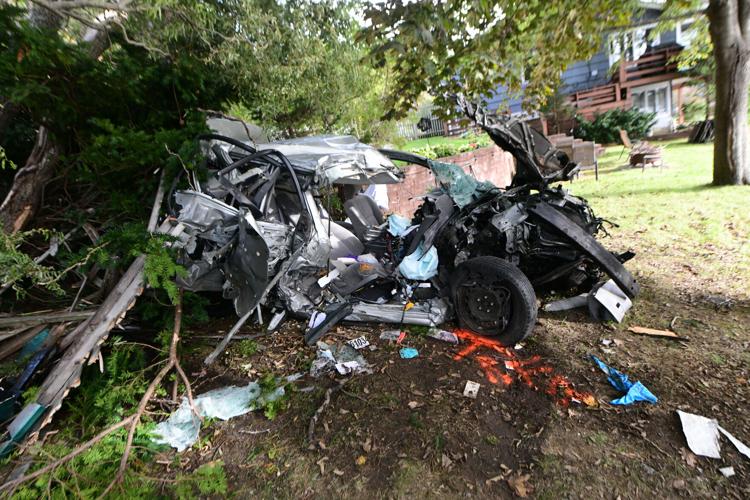 Police and fire crews used the Jaws of Life to extricate a Connecticut man from this 2003 Toyota after colliding with a septic truck on Route 20 in Becket. The man later died.

BECKET — A Connecticut man died Friday after a crash with a commercial truck on Route 20, police said.

“It’s a bad stretch of road and we have a lot of accidents there." Becket police Officer Nicole Miller

Oluwatobi Olatinwo, 20, of Monroe, was heading west in a 2003 Toyota Corolla when he apparently veered off the road, then overcorrected and crossed into the eastbound lane and collided with a Yankee Septic truck, according to Becket Police Officer Nicole Miller, who responded to the scene.

Both vehicles crashed through trees and fencing before coming to a stop on a lakefront property. Becket and Lee police, Becket fire and ambulance crews worked as quickly as they could to extricate Olatinwo, Miller said.

He was airlifted to Baystate Medical Center in Springfield, where he was pronounced dead.

The driver of the truck Scott Collins, 55, was not hospitalized, Miller said, but was “pretty shaken up.”

The accident remains under investigation by Becket police and state police units, but Miller noted that vehicles move dangerously fast on the narrow stretch of Route 20, also known as Jacob’s Ladder Road, near Greenwater Pond.

“It’s a bad stretch of road and we have a lot of accidents there,” she said.