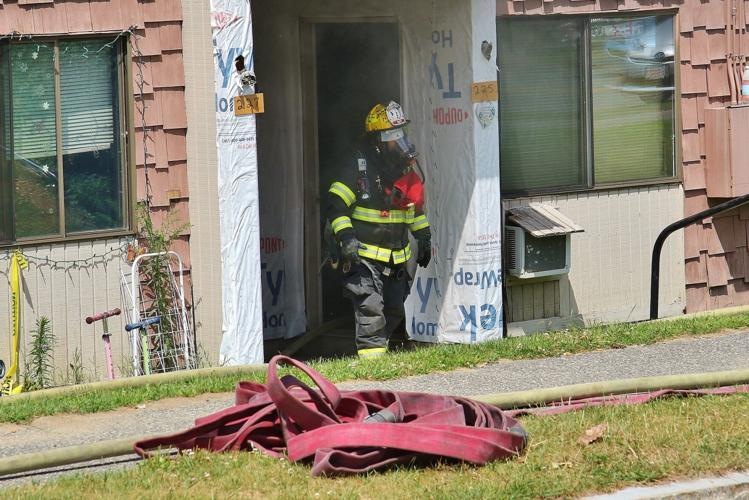 A firefighter at the scene of a North Adams fire on Thursday that was caused by a charging lithium-ion battery. 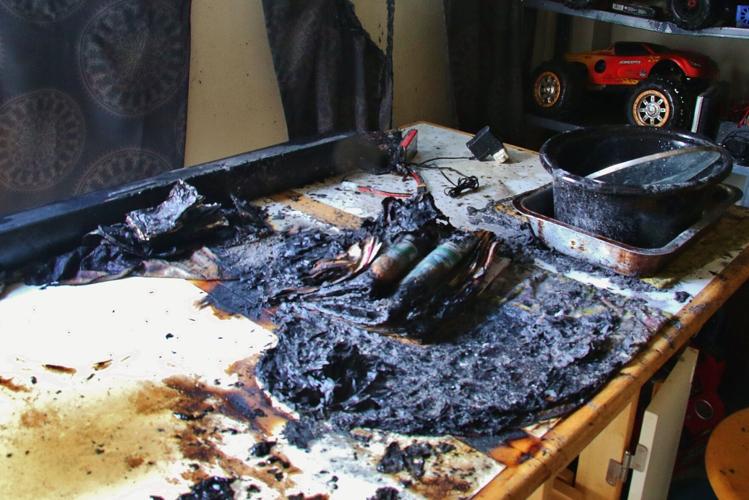 A North Adams fire Thursday was caused by a charging lithium-ion battery.

“It was left charging unattended. That’s the big lesson learned,” Lefebvre said. “Don’t plug it in and leave the house.”

It was the first of its kind in North Adams that Lefebvre knew of, he said.

“I’m sure it’s coming especially with all the scooters in town, they are all lithium (batteries),” he said, referring to the city’s new fleet of e-scooters. Bird, the scooter company, writes on its website that lithium-ion batteries have risks, but that they developed a battery management system to improve their safety.

The Pittsfield Fire Department is waiting to get more formal training on lithium-ion batteries, Aitken said.

The Birds have landed. Here's what you need to know about Pittsfield's new e-scooters

In North Adams, firefighters got the call at 2:30 p.m. Thursday for the fire at an apartment on Mohawk Forest Blvd. There was minimal damage from the fire and no injuries, Lefebvre said.

In the case of Thursday’s fire, the apartment resident left the battery, used for a remote controlled car, charging while he went to work, Lefebvre said.

In general, lithium batteries are unlikely to fail if they are not defective, but if damaged or defective, they can catch fire, according to the U.S. Department of Occupational Safety and Health Administration.

While charging them, “the big thing is to periodically inspect them,” Lefebvre said. “A lot of times they will start puffing up and lose their shape.”