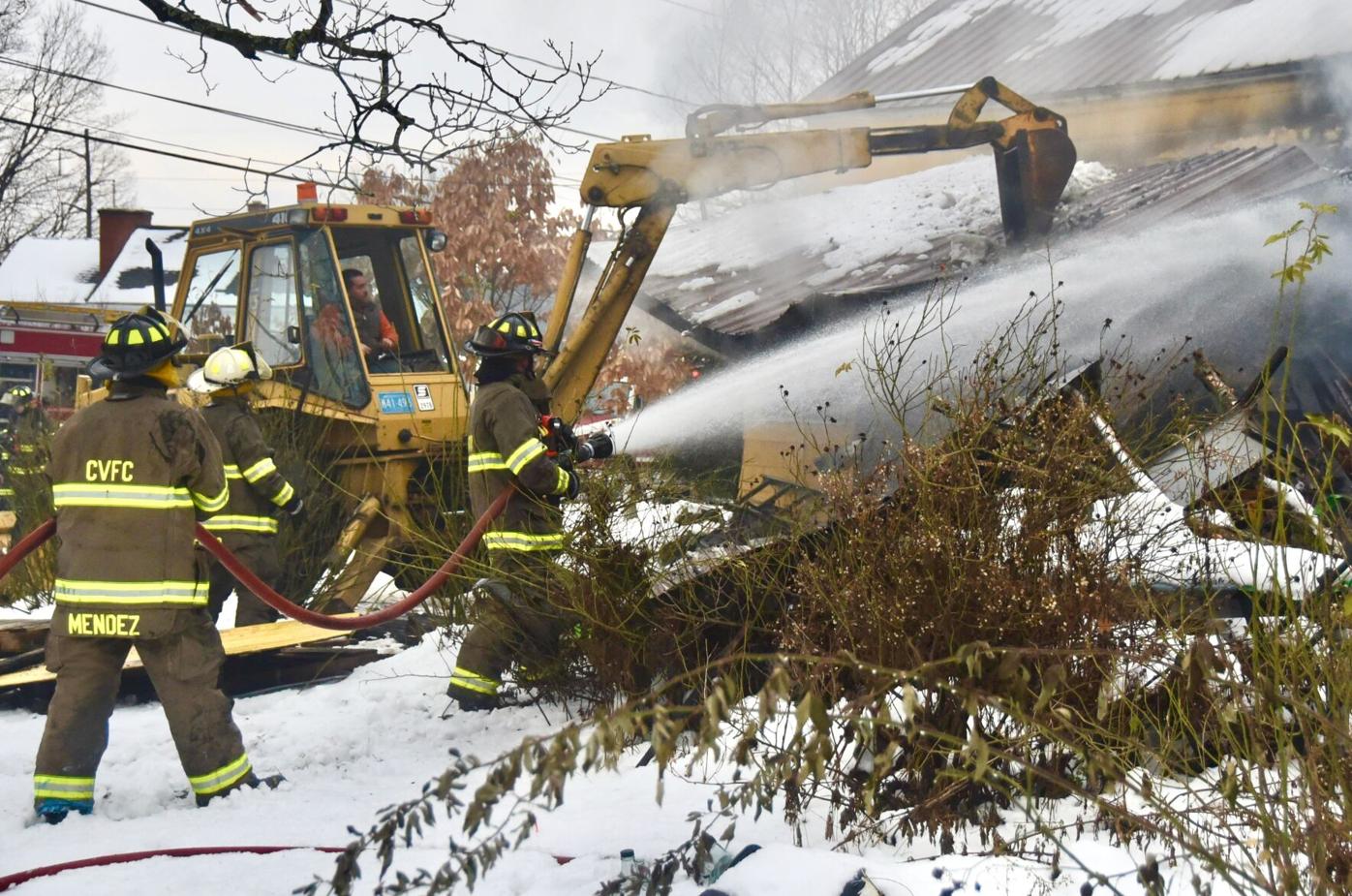 Firefighters spray water on a burning home on Middle Road in Clarksburg on Thursday while a town employee opens up the walls to improve access. 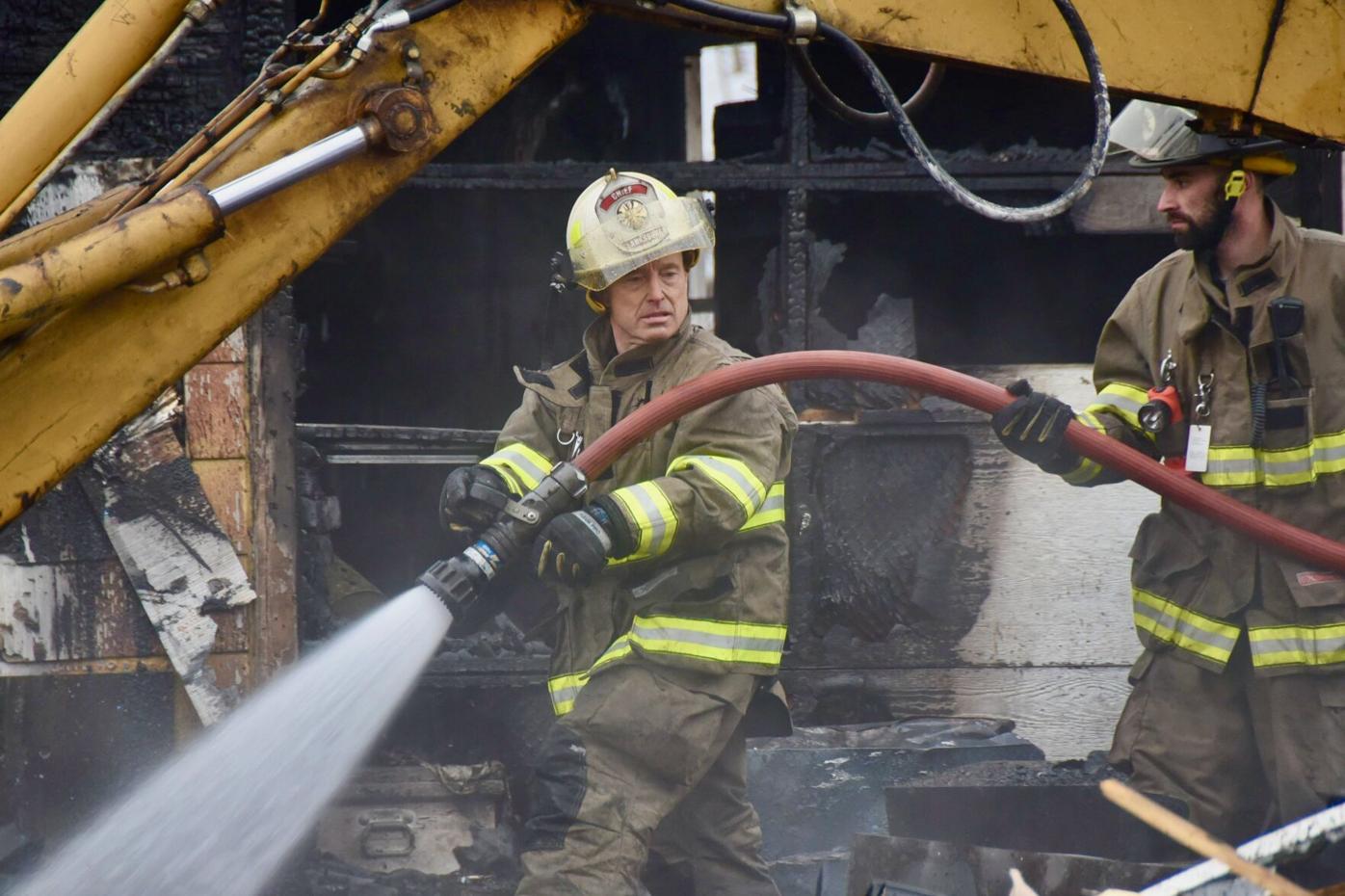 Clarksburg Fire Chief Chip Chesbro hoses down hot spots at the scene of a structure fire Thursday on Middle Road in Clarksburg.

CLARKSBURG — A man and his two dogs are homeless after a fire destroyed their Middle Road house Thursday morning. The family cat was killed in the blaze.

There were no other injuries.

Responding to a report of a house on fire shortly after 10:30 a.m., firefighters found the rear exterior wall engulfed by flame, according to Clarksburg Fire Chief Chip Chesbro.

Three propane tanks close to the back of the house exploded soon after their arrival, adding to the blaze. Because of the design of the home, the flames passed quickly from the wall to the attic and the roof, spreading forward into the second floor.

“The occupant is lucky to be alive,” Chesbro said. “He was sleeping on the couch and woke up just in time, because the smoke alarm didn’t work.”

The home’s owner, Noah Nault, said he noticed a little smoke at first but didn’t see any issue. He thought it was from the wood stove in the kitchen, so, he opened a window and went back to the couch.

But, when he noticed more smoke, he went back into the kitchen to discover that the wall between the kitchen and the garage was on fire.

So, Nault called 911, grabbed the two dogs and fled the building. He surmised that the fire was caused by the wood stove.

Chesbro said that about 50 firefighters were on the scene, and they brought with them seven firefighting vehicles, including two pump trucks.

The blaze was a stubborn one, the chief noted. Once the flames got into the attic, roof and the walls, it was hard to reach. So, a town employee armed with a backhoe tore through the walls and brought down much of the house to allow firefighters to completely extinguish the fire.

“We couldn’t get to the fire, and the structure was unsound, so, we had to open it up,” Chesbro said.

Nault said he will have to stay with his parents in Holyoke for the time being.

Scott Stafford can be reached atsstafford