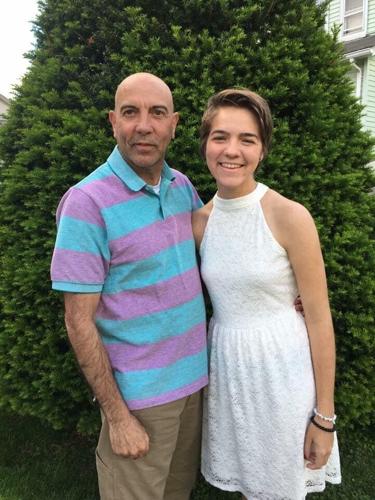 Anthony Emard stands with his daughter, Shelby, for her high school graduation. Two years after Emard was killed in a three-car crash in Cheshire, his daughter says "nothing has been done to hold them accountable for their actions that morning." 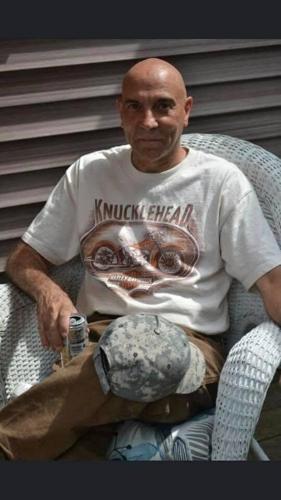 Emard was a North Adams resident and Fall River native who worked in Pittsfield. 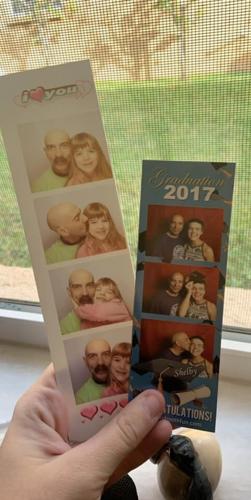 Emard is seen with Shelby, in photo strips. Emard was 61 when he was killed. 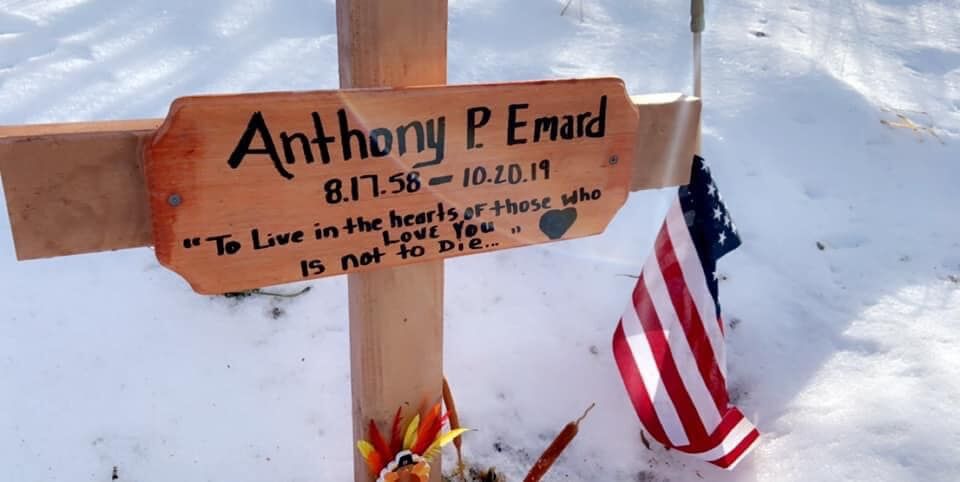 A memorial is erected to recognize Emard, who left behind three children, two siblings, three stepchildren and 15 grandchildren. 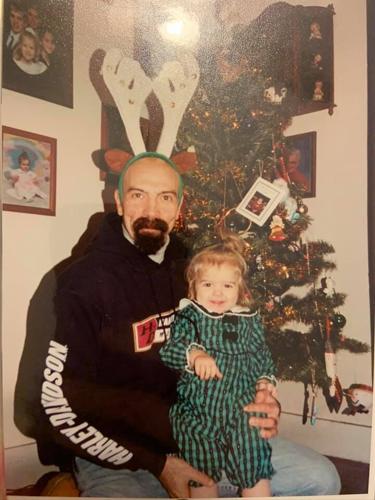 Emard poses for a photo with Shelby. Attorney Buffy Lord, who represented Emard's estate in a civil matter against two other drivers involved the crash, said Emard was known as "one of the nicest people."

PITTSFIELD — Two years after Anthony Emard was killed in a three-car crash in Cheshire, his daughter says justice is not being served because no one involved is being held accountable.

Shelby Emard said her father, a North Adams resident and Fall River native who worked in Pittsfield, was driving on Route 8 the morning of Oct. 20, 2019, when he was struck head-on by one of two oncoming cars traveling "70 to 80 mph."

In a public Facebook post on the two-year anniversary of her father's death, Emard said her father was on his way home from work and "heading to his church for the Sunday service" when the two vehicles came "barreling around that corner right at him."

After two years, "nothing has been done to hold them accountable for their actions that morning," Emard wrote.

"No justice has been served for what they did to not only my dad but also to all of his friends and family that are still absolutely lost in this world without him here.

"The Berkshire County court system is a joke. The DA is a joke. And I am over it," Emard wrote.

Emard said no charges have been filed in the crash.

This week, The Eagle sought separate interviews with Emard and the Berkshire District Attorney's Office.

Emard had accepted The Eagle's request for an interview Wednesday, but she later canceled, saying the DA's office contacted her with "new developments" in the case. Emard said a victim witness advocate from the office asked her to delay her Eagle interview to avoid jeopardizing the process.

Attorney Buffy Lord represented Emard's estate in a civil matter against two other drivers involved the crash. Lord said Emard was known as "one of the nicest people."

On Wednesday, Lord said the Emard family had expressed frustration that prosecutors had not issued criminal charges in the crash.

"From [the Emard family's] perspective, they believe criminal charges should have issued," said Lord, who said she was not involved in any criminal inquiries associated with the incident and had no knowledge of how the DA's office plans to handle that side of things.

"It's frustrating that a man has died and it does not appear that there’s going to be any reckoning," Lord told The Eagle. "We're hoping that the DA's office can move forward with charges."

Emard was driving north in a 2009 Hyundai Accent when it was struck by one of the two oncoming cars, causing it to roll over. Emard was pronounced dead at the scene.

According to a statement from the DA's office at the time, Trever Field was driving south in a 1998 Jeep Grand Cherokee when he began to pass a 1997 Ford Mustang driven by Michael Taylor. Field initially moved into the northbound lane and then struck the Mustang's rear bumper when maneuvering back into the southbound lane, causing it to spin out. One of the two vehicles struck Emard's Hyundai.

Field and Taylor, both from Adams, survived, but suffered severe injuries.

The crash occurred on Route 8, near Farnams Road in Cheshire, at about 7:11 a.m.

Field and Taylor could not be reached for comment Wednesday, and it wasn't clear whether they had obtained attorneys.

Emard worked for Securitas and as a security guard for General Dynamics, and he had served in the Massachusetts Army National Guard out of high school. He was a deacon at the First Congregational Church in Adams.

"He enjoyed reading, collecting bibles, and most of all, he loved watching his grandchildren play hockey and softball," his obituary stated.

In a prepared statement, the Berkshire District Attorney's Office said "supporting victims of crime is one of our top priorities."

The statement also said, "We diligently maintain contact with victims and their families to ensure that victims are fully informed about the criminal process. We recognize that victims do not begin to heal until the legal process is behind them. We send our deepest condolences to Mr. Emard’s loved ones, and we will continue to do our best work to ensure accountability for their loss."

Two men have been charged more than two years after a fatal crash. Police say they were racing

On Friday, Trever Field and Michael Taylor were arraigned on motor vehicle homicide charges in the October 2019 crash that killed Anthony Emard, a 61-year-old father of three.