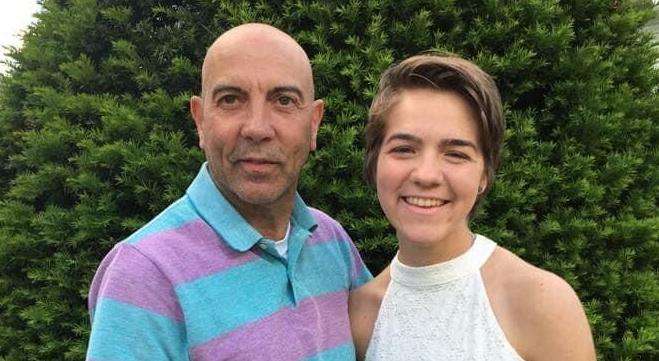 Shelby Emard criticized the Berkshire District Attorney's Office last October for not bringing charges against the men involved in the October 2019 crash that killed her father, Anthony. On Friday, two men were charged with motor vehicle homicide in the case. 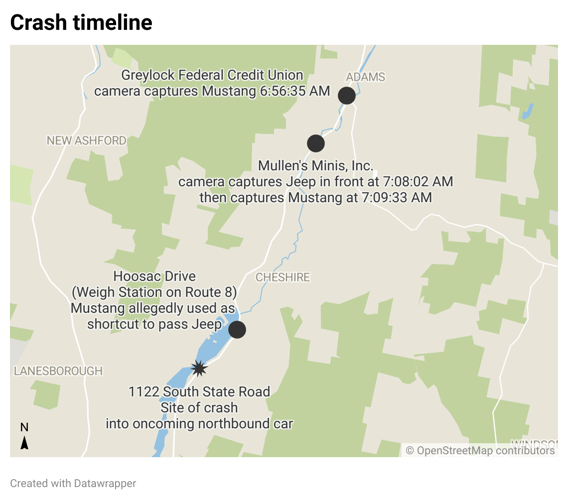 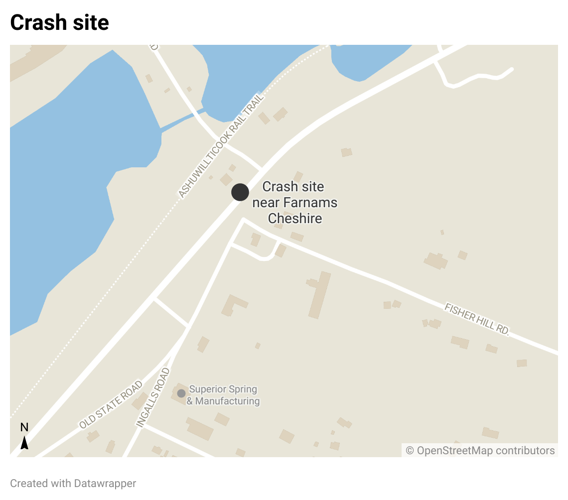 CHESHIRE — It took officials over a year to determine that two Adams men were likely racing on Route 8 when they allegedly caused the crash that killed Anthony Emard.

It took another year for them to be charged.

On Friday, Trever Field and Michael Taylor were arraigned on motor vehicle homicide charges in the October 2019 crash that killed Emard, a 61-year-old father of three.

"I won’t ever get my dad back, but I want justice to be served for what happened that morning," his daughter Shelby Emard told The Eagle on Tuesday.

The defendants were driving southbound on Route 8 the morning of Oct. 20, 2019. Field was behind the wheel of a black 1998 Jeep Grand Cherokee SUV, and Taylor was driving a 1997 Ford Mustang coupe, also black.

It was a cold yet calm Sunday morning just after 7 a.m., with patches of fog in the area.

Field, 32, was in his Jeep behind Taylor, 39, as the vehicles approached the intersection of Farnams Road in Cheshire, according to a report issued by Trooper Gail Foley, a state police collision reconstruction specialist.

Though that section of road was a no-passing zone, Field left the southbound lane and maneuvered into the northbound lane in an attempt to overtake Taylor's Mustang.

The two men were racing, Foley believed, and security cameras along the roadway captured portions of their route.

“Due to the suspect vehicles jockeying for front position since Adams to Cheshire, the excessive speeds affiliated with both vehicles, and the erratic negligent operation; investigators infer the vehicles were racing each other at the time of the fatal crash," she wrote.

As Fields apparently sought the lead, Emard was approaching in the northbound lane in a white 2009 Hyundai sedan.

Field was doing about 81 mph when he tried to maneuver back into the southbound lane, and struck Taylor's Mustang, which Foley calculated had been driving at least 77 mph.

The impact caused the Mustang to cross the double-yellow center line, and slam head-on into Emard's Hyundai, which he had pulled over into the breakdown lane in a likely attempt to avoid the crash, Trooper Traylen Chalmers wrote in a separate probable cause report.

The Mustang came to a stop on its side, and burst into flames. Taylor managed to get out, and was found by witnesses on the ground near his vehicle.

He was pulled to safety by bystanders, suffering from facial fractures, chest and rib fractures, a left femur fracture and fractures to both feet.

Emard was pronounced dead at the scene.

An autopsy revealed that he died of "complications of multiple blunt force injuries of the head, torso and extremities as a result from the motor vehicle crash."

Field's Jeep slammed into a utility pole on the other side of the road, near the southbound breakdown lane.

He was extricated from the Jeep by first responders. He suffered a skull fracture, and was treated at Berkshire Medical Center in Pittsfield. State police said he has no recollection of the crash.

Foley's crash reconstruction report, which found that Field and Taylor were "driving erratically which ultimately caused the fatal crash," was completed in December 2020, according to Chalmers' report.

On Oct. 20, 2021, exactly two years since the crash killed her father, Shelby took to social media to criticize the Berkshire District Attorney's Office for failing to bring charges.

In her post, she noted her dad had been en route to his church for Sunday service when he was struck, "killing him instantly."

Just days later, a man reached out to Shelby with information he said came from Taylor himself, which was later provided to the DA’s office. According to the probable cause report, the man said Taylor told him he had cut through the Cheshire weigh station driving 100 mph just before the crash.

Through a spokesperson, the DA's office declined to comment on the lapse between the completion of the crash reconstruction report and formal filing of charges against Field and Taylor, saying in an email that doing so would "would be extrajudicial and a violation of the defendants’ due process rights."

Chalmers, in his probable cause report released in November, said he realized that the Registry of Motor Vehicles had not received formal notification of Field and Taylor's involvement in the fatal crash. It was a point also raised by Shelby, who wondered in her Facebook post why Field and Taylor had retained the ability to drive.

A source told The Eagle that RMV notification by law enforcement would have resulted in the immediate and indefinite suspension of their right to operate a motor vehicle in Massachusetts.

Chalmers went on to complete the formal notification, he said.

In fact, Taylor's license had already been suspended by the time Chalmers made the notification. According to a public driving record requested by The Eagle, he received a citation in Vermont in March 2021 for driving with a suspended license.

RMV records indicated his license was suspended after he accumulated several other driving infractions, though it was not clear when. Fields still had an active license as of October.

Field and Taylor pleaded not guilty in Northern Berkshire District Court on Friday to single counts of motor vehicle homicide by reckless operation. They were released on their own personal recognizance, according to court documents.

The defense attorney for Fields, Edmund R. St. John III, filed a request for a competency hearing for his client, who suffered a head injury in the crash. St. John declined to comment about the case.

Taylor is being represented by Katherine Grubbs, the attorney in charge of the Pittsfield office of the Committee for Public Counsel Services.

"My client maintains his innocence and looks forward to his day in court," she said in a statement. "Since this case is in its early stages, we are going to hold off on making any further comment at this time."

Shelby Emard said she understands "it was a complex case," but noted that she lost her dad "due to other people's negligence," and she still wonders why it took so long to bring charges against Field and Taylor.

"I know that COVID was a big issue when it came to the courts being closed down and then pushing everything back," she said, "but otherwise I’m not really sure what could have taken these two years."