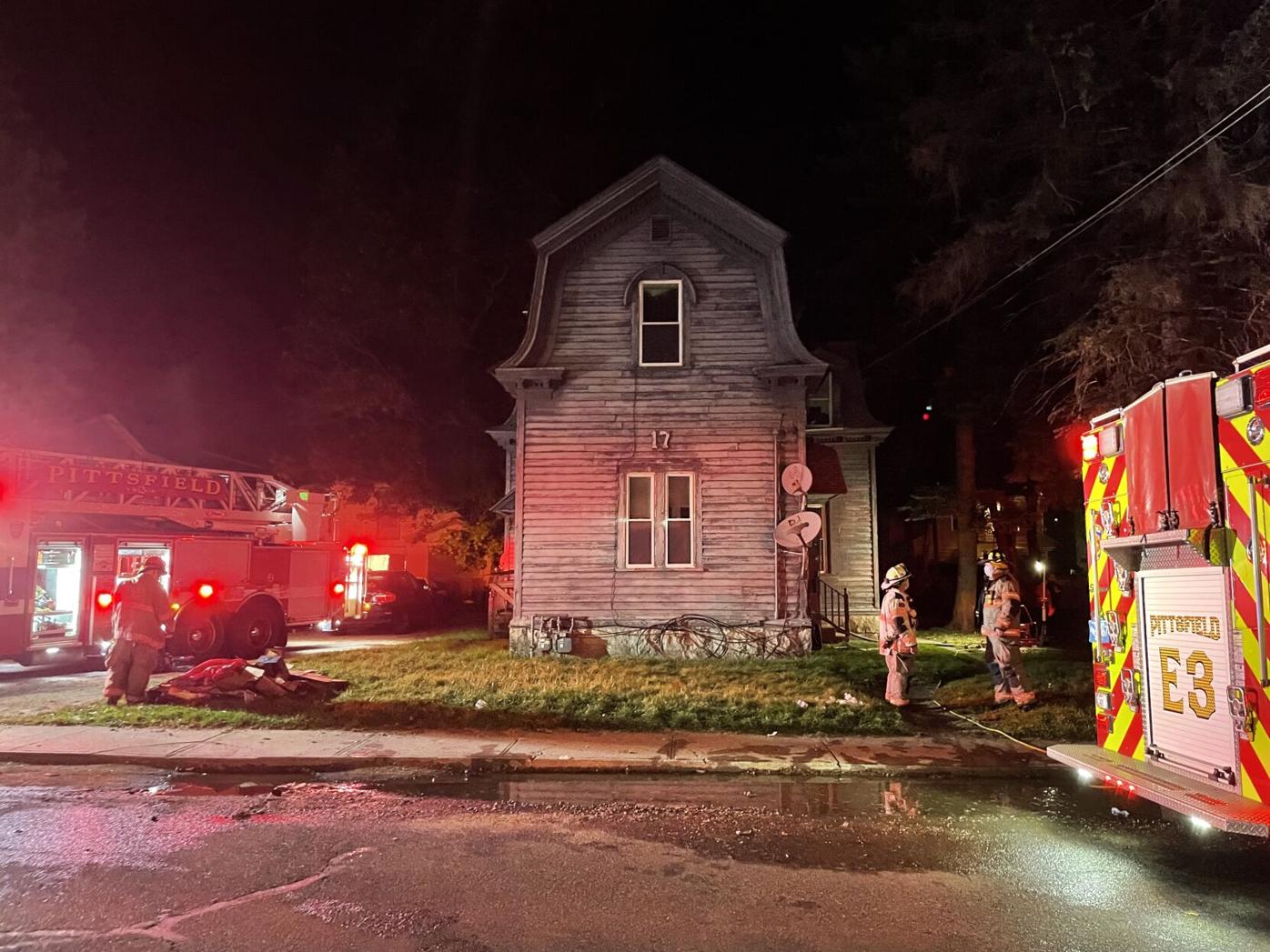 First responders extinguished a fire at 17 Adam St. on Thursday evening. One person was arrested on charges that were not immediately disclosed by police, and six were displaced. 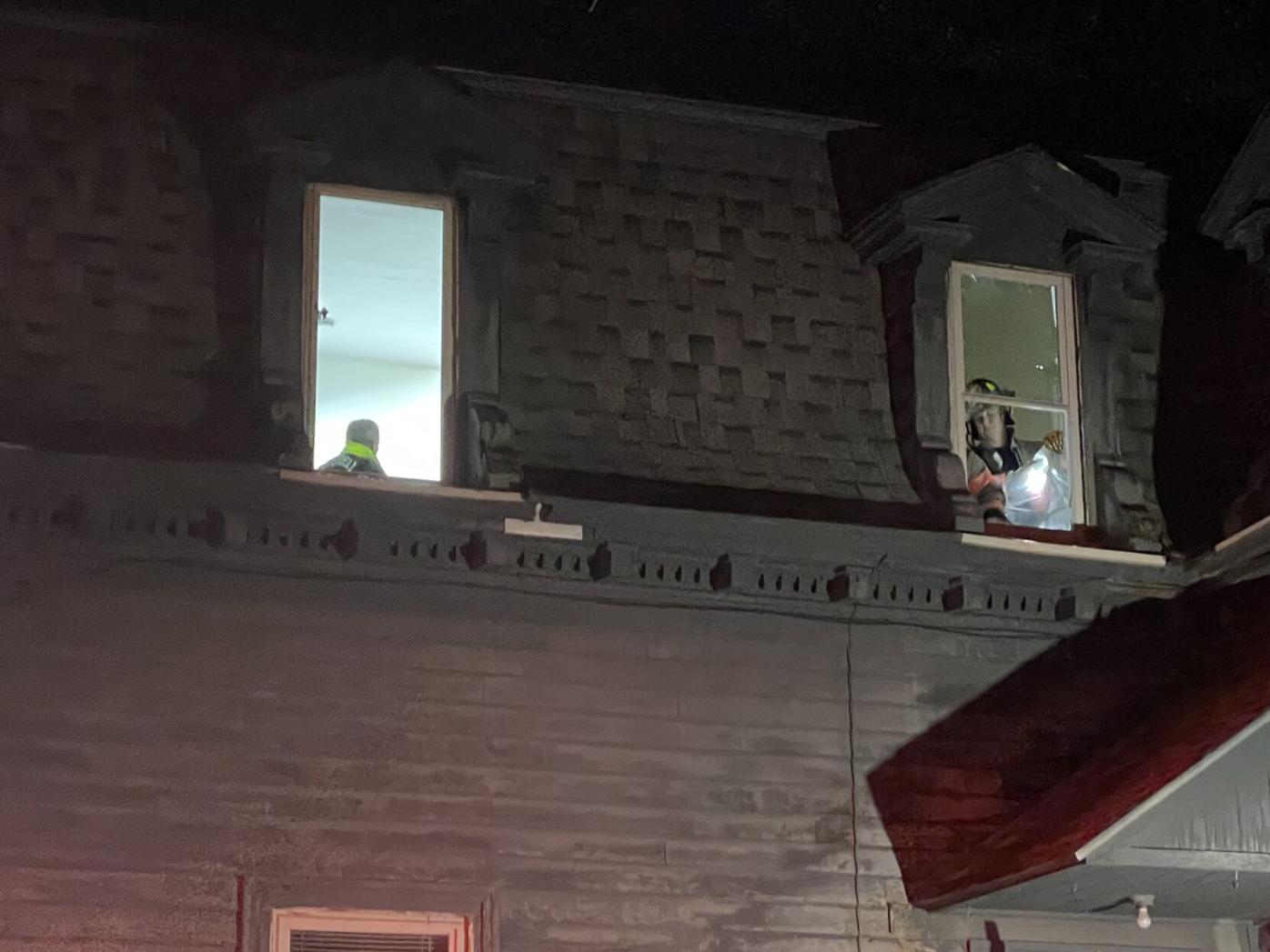 A firefighters is seen working through a second-floor window at 17 Adam St. The address was the site of a fire that displaced six.

PITTSFIELD — One person was arrested and six were displaced following a fire at 17 Adam St. Thursday evening, authorities said.

Firefighters responded to the multiunit building about 5:30 p.m., said Ron Clement, deputy chief of the Pittsfield Fire Department. He said the fire was largely confined to a closet inside one of the units in the building.

When firefighters arrived, heavy smoke was coming from the second floor, and flames could later be seen coming from building, he said. Firefighters brought the fire under control in approximately 30 minutes.

Pittsfield police confirmed that one person was arrested, but declined to release more information on Thursday night. A bystander said that after first responders convened in the area, she saw one person being led away from the scene in handcuffs.

The incident is under investigation by Pittsfield police and fire, according to Clement. The response closed Adam Street to traffic between First and Second streets.

A firefighters is seen working through a second-floor window at 17 Adam St. The address was the site of a fire that displaced six.

One apartment unit suffered fire damage and others were damaged by smoke and water, he said.

No injuries were reported in connection with the fire, which Clement said drew a response by three fire engines, one ladder truck and a command unit.

Six people live at 17 Adam St., according to the property owner. The Salvation Army and the Red Cross were helping them find alternative housing.

PITTSFIELD — A city woman arrested after allegedly admitting to starting a fire in her apartment at 17 Adam St. on Thursday evening was ordere…