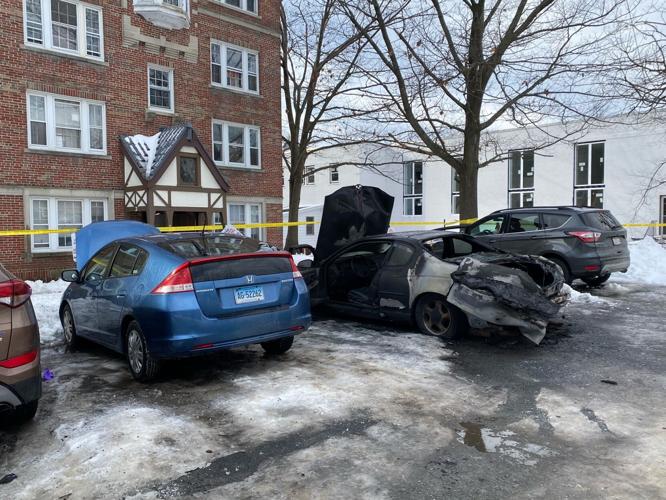 A 69-year-old Pittsfield man died after being pulled from a burning car Wednesday morning outside Livingston Apartments at East and Second streets. 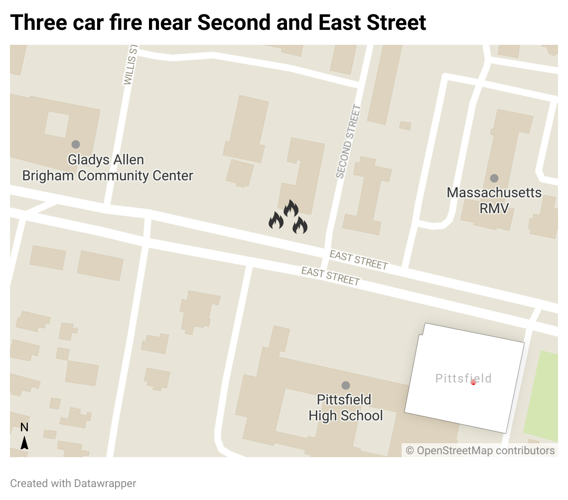 PITTSFIELD — A city man who was pulled from a car fire Wednesday morning outside an apartment complex near East and Second streets has died, according to the Berkshire District Attorney's Office.

Barry Dunnells, 69, was pulled from a 2002 Chevrolet Monte Carlo, which was engulfed in flames in the parking lot of Livingston Apartments when police and firefighters arrived about 8:40 a.m. The car was parked at the time, and the fire did not appear to have resulted from a crash, fire officials said.

While crews were working to save the man, the car's fuel line broke, spreading fuel and fire to a Honda Insight and a Nissan Tucson parked nearby.

Dunnells was transported to Berkshire Medical Center, where he later died. The cause of death is being investigated by the Office of the Chief Medical Examiner.

A Pittsfield man was killed after a fire in his Chevy Monte Carlo. That car has a long history with engine fires

Fire investigators with the state office found that the fire was "not suspicious in nature" and was "caused by overheating or mechanical failure" in a 2002 Chevrolet Monte Carlo in the parking lot of the Livingston Apartments,