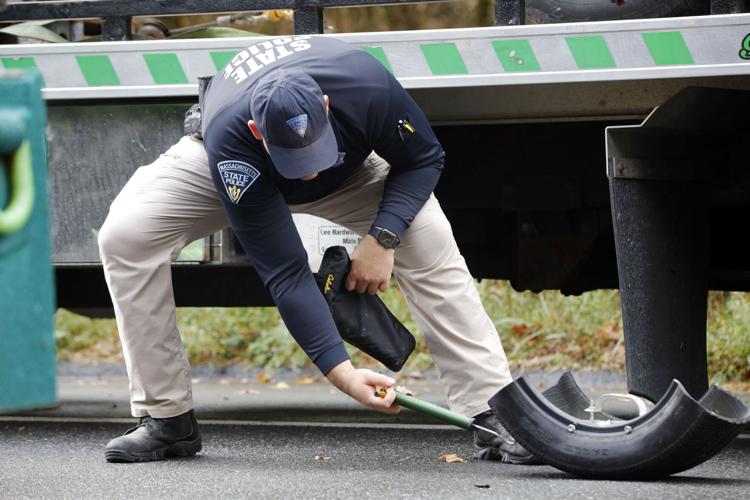 Members of the state police’s accident reconstruction unit take measurements for their investigation into the cause of an early morning crash that killed three people and hospitalized five others on Route 7 in Sheffield. 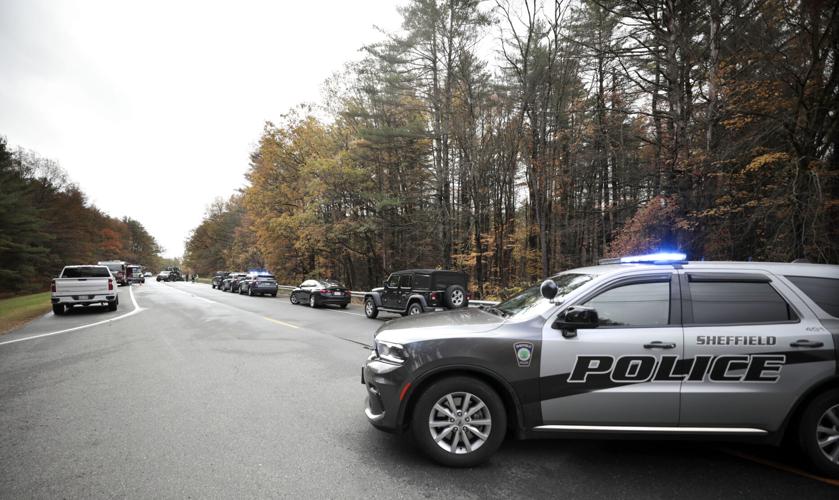 A large section of Route 7 near Pike Road in Sheffield was closed for hours on Tuesday, after an early morning crash killed three people and hospitalized five others. 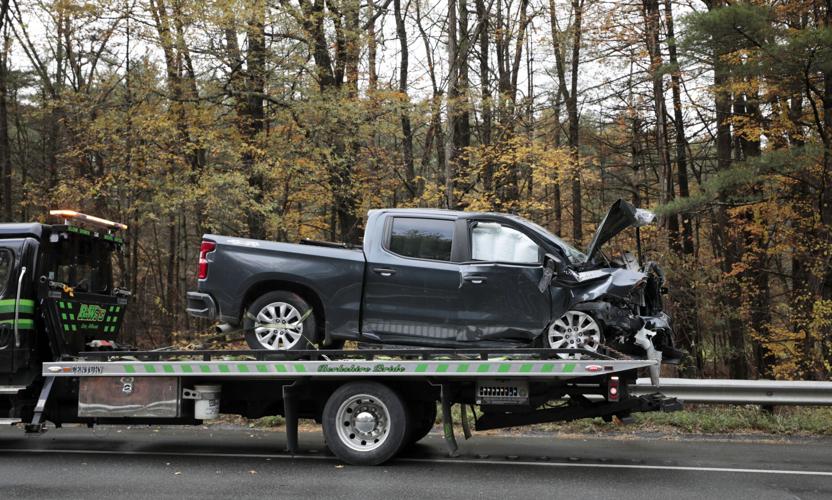 The Chevrolet Silverado pickup truck that was involved in an early morning crash with a Toyota Sienna minivan Tuesday morning on Route 7 in Sheffield, is loaded onto a tow truck as the scene is cleared and investigators look into the cause of the incident. The crash killed three passengers of the minivan and hospitalized the five remaining people involved.

SHEFFIELD — A Connecticut community is reeling after an early-morning crash Tuesday on Route 7 took the lives of two University of New Haven students and injured four others who attend the school.

A student at another university in Connecticut also died from injuries suffered in the collision between a minivan carrying seven people and a pickup truck carrying no passengers.

Sai Narasimha Patamsetti, 22, of Rajahmundry Urban, India, and Pavani Gullapally, 22, of Warangal, India, died, according to Ophelie Rowe-Allen, the university’s dean of students, who emailed a statement to the New Haven school community late Tuesday.

The third student who died is Prem Kumar Goda, according to a GoFundMe account set up by a relative. He apparently attended Sacred Heart University in Fairfield, Conn., according to the account.

The driver of the pickup has also not been named.

Four other graduate students at the University of New Haven, including the driver of the minivan, were injured and are hospitalized at Berkshire Medical Center, as is the driver of the pickup truck. Authorities also have not released the conditions of all those injured.

Rowe-Allen said the school would pass on information to the community about the injured students when it is released.

“Please join me in extending our heartfelt condolences to the parents, family, friends, and classmates of Pavani and Sai, and in keeping all of the students involved in your thoughts,” Rowe-Allen wrote.

Three dead and five injured in early-morning crash in Sheffield

The school is offering grief counseling and other support to students, she added.

The details of the crash remain unclear, including where the students were going. The accident is under investigation by Sheffield police and the state police accident reconstruction unit.

The DA's Office will release information after it has notified all the families, said Andrew McKeever, public information officer for the office.

The accident happened between 5:15 and 5:30 a.m. Tuesday near the intersection of Route 7 and Pike Road. Photos of the vehicles indicate a head-on collision between the Toyota Sienna minivan and a Chevy Silverado.

Heavy rains and fog may have contributed to the wreck, Sheffield Police Chief Eric Munson III suggested Tuesday. Drivers of both vehicles will be interviewed, he added Tuesday, noting they also were hospitalized.

Prem Kumar Goda’s relative said that his parents and his sister live in India, and that the loss has left them in a terrible financial position.

“Prem finished his Engineering in India and came to the US only three months ago for his MS,” wrote Narender Jale on the GoFundMe site. “He comes from a very poor background and has borrowed money to come here. The family is left with a huge debt and not in a position to pay. I am reaching out for your help to raise money to pay off the debt and help his family.”

A social media post Wednesday morning on the profile page of Indian television site, ManoranjanTV US, indicates that the students had been on a trip to see the fall colors. It also said three students are undergoing surgery.

The University of New Haven is popular with students from India, ranking 69th out of a total 999 schools, according to College Factual, a website for prospective college students.

Telugu 360, an online news site based in Hyderabad, India, said the three students killed were all from the Telugu States, in southeastern India.

The university will continue to update the community.

“We will share details on arrangements for celebrating the lives of Pavani and Sai when they are finalized by their families,” Rowe-Allen said. “Details will be shared soon for an on-campus memorial.”

Sue Pranulis, senior executive director of marketing and communications at the university, told The Eagle that "it is a tragic day for our community."

Authorities continue to investigate cause of Sheffield crash and have released the names of the 3 dead, 5 injured involved in the accident

Authorities are continuing to investigate the cause of an accident earlier this week on Route 7 in Sheffield that left three people dead and five injured. The DA's office has released the names of the people injured in the accident, as well as the three people killed in the crash.