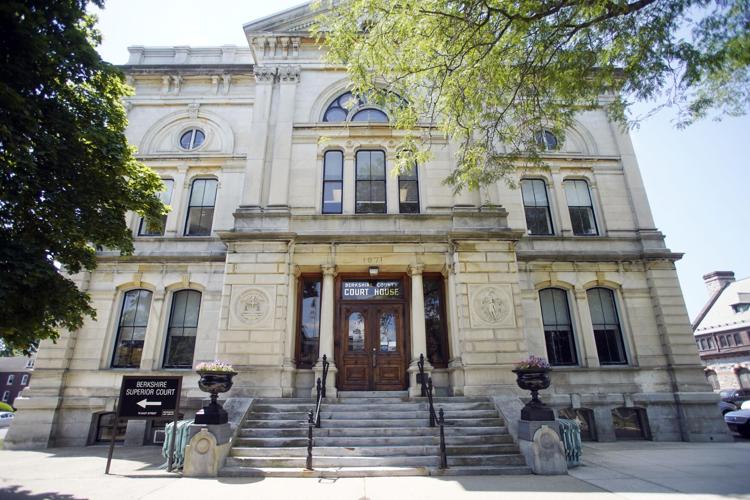 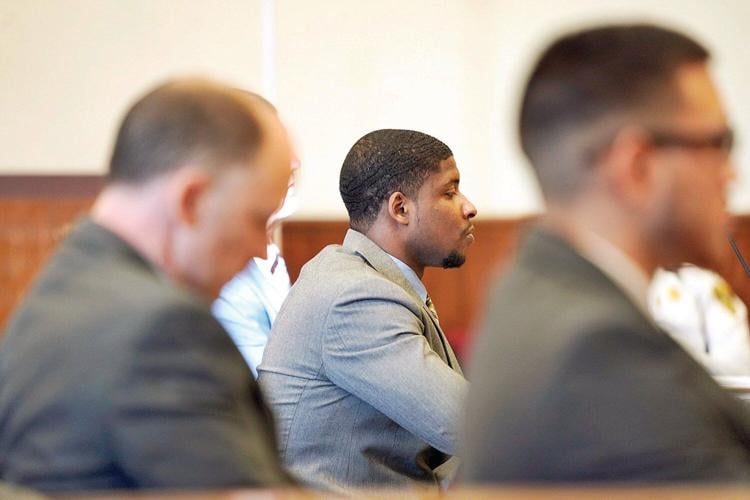 Daquan Douglas, center, and Kevin Nieves, at right in foreground, appear in court during an earlier hearing in legal proceedings related to the shooting of Nick Carnevale in October Mountain State Forest.

Daquan Douglas, center, and Kevin Nieves, at right in foreground, appear in court during an earlier hearing in legal proceedings related to the shooting of Nick Carnevale in October Mountain State Forest.

The prosecution brought forward the three witnesses for the day’s proceedings at Berkshire Superior Court that described the scene just before and then after the shooting. On trial are Daquan Douglas and Kevin Nieves, who both face several charges — including armed assault to murder — in connection with the event that critically injured Carnevale.

Here’s a look at what each of the witnesses said during their testimony:

Tyler Groat, 19, attended the bonfire: Groat testified that he helped organize the bonfire at the reservoir, and brought wooden planks and pallets to the site.

After Carnevale’s truck got stuck in the mud, Groat said he saw two people he could not identify “hitting on” the truck window and telling Carnevale to get out of the vehicle. Groat said he turned around to walk back to the fire and saw Luis Delvalle-Rodriguez wearing a bandana over his nose and mouth.

About a half-minute after Groat got back to the fire, he said he heard six to eight gunshots, then ran toward a parking area where he waited behind a vehicle for up to 20 minutes, then left the reservoir before police arrived at the scene.

Under cross-examination from Joseph Harty, the defense attorney for Nieves, Groat testified that he didn’t see any issues between Carnevale and Nieves.

Prosecutors say jealousy led to the shooting of Nick Carnevale. But the defense says their case is 'fatally flawed'

Groat estimated that there were about 25 to 30 people at the party, which under cross-examination by Dale Bass, Douglas’ attorney, he acknowledged differed from earlier crowd estimates he gave authorities. Bass also elicited an acknowledgment from Groat that his ability to perceive that evening was impacted to some degree by the marijuana and beer he had consumed.

He testified that en route to the scene, they encountered difficult circumstances. At one point, his connection with dispatch dropped, and he and his partner navigated using maps and GPS to get to the scene.

The pair of first responders arrived and saw about a half-dozen “young people” gathered near a trailhead on western side of Washington Mountain Road, Hogan testified. He testified that some of those gathered looked frantic, while others were sad and using their hands to cover their faces.

A state police trooper arrived on scene, then the group led Hogan and the trooper on foot up a path toward Carnevale, while Hogan’s partner followed them in the ambulance, he said.

It was dark, but the first responders used flashlights and some in the group of young people turned on their cell phone lights, he said.

Hogan testified that he encountered Carnevale lying facedown in an embankment about 15 to 20 feet off the trail. He described Carnevale’s location as heavily wooded, with many trees and shrubs. Carnevale, he said, was breathing, a welcomed surprise to Hogan, who said he was aware of the nature of the 911 call.

He said he rolled Carnevale over, and noticed he had a “puncture wound” over left brow and another over his left ear, and his airway was blocked with what appeared to be food matter. He and the state trooper carried Carnevale back up the embankment.

Carnevale was placed on a stretcher and carried about a quarter-mile back to the ambulance, where Hogan said Carnevale vomited and first responders worked to keep his airway clear.

The ambulance drove back toward Washington Mountain Road, away from the scene. Hogan testified that he called for an additional paramedic, who jumped into the ambulance somewhere on Williams Street, and assisted with the response as the vehicle rushed to Berkshire Medical Center.

Edward Culver, detective lieutenant (ret.) with the Massachusetts State Police: Culver, then in active service, testified that he was called to a report of a shooting with a victim with significant bodily injury at the Ashley Reservoir about 1:50 a.m. on Aug. 21, 2018.

Carnevale had not yet been removed from the scene when he got there, Culver said. Also there still were Kassidy Tatro and Jacob Blanchard, who prosecutors said had been in Carnevale’s vehicle with him earlier when the alleged attack happened.

Carnevale’s red Ford F-350 truck was still parked on a dirt road in the area of the fire. Assistant District Attorney Joseph Yorlano presented Culver with several photos of the scene. One depicted the driver’s side of the truck, and Culver pointed out a bullet hole in the driver’s side door, and the shattered driver’s side window. Another photo depicted a bullet embedded in the vehicle’s steering column.

An about 16-inch length of wood and a few smaller sticks could be seen on the ground beside the truck. Culver testified that the shattered driver’s side window was evidence of a strike by an object or a bullet. He said he believed the 16-inch length of wood found next to the driver’s side door could potentially be used to break the safety glass, but acknowledged that he’d never seen that happen before.

Investigators found a closed “butterfly” knife on the ground a few feet away from where Carnevale was discovered, he said. Five spent shell casings were also found at the scene.

A second knife was found in the driver’s side door of Carnevale’s car. Also in the car, Culver testified that authorities found and inventoried a bag of “green vegetable matter” and a digital scale. Despite a “reasonable and thorough” search of the area, Culver said authorities did not find a firearm.

State police took great care to preserve evidence, according to Culver, though he acknowledged there were a number of challenges associated with the location of the incident in a heavily wooded, rural area with unpaved access roads, spotty cell reception and radio signal, recent precipitation and darkness.

Testimony was expected to continue Thursday. The case is being heard before Judge John Agostini. Two more co-defendants accused of taking part in the alleged joint venture — Christopher Frazier and Delvalle-Rodriguez — are being prosecuted separately.

In surprise move, prosecutors say Nick Carnevale can testify about the night he was shot

Prosecutors midtrial Thursday signaled an interest in calling Nick Carnevale to testify against two men accused of participating in the assault that left him shot twice in the head.

One week after testimony began, attorneys presented closing arguments Tuesday in the retrial of two men charged in connection with near-fatal shooting of Nick Carnevale years ago at a party at the Ashley Reservoir.

DAY 2: A former high-ranking state police officer testified Tuesday about the scene of the near-fatal shooting of Nick Carnevale.