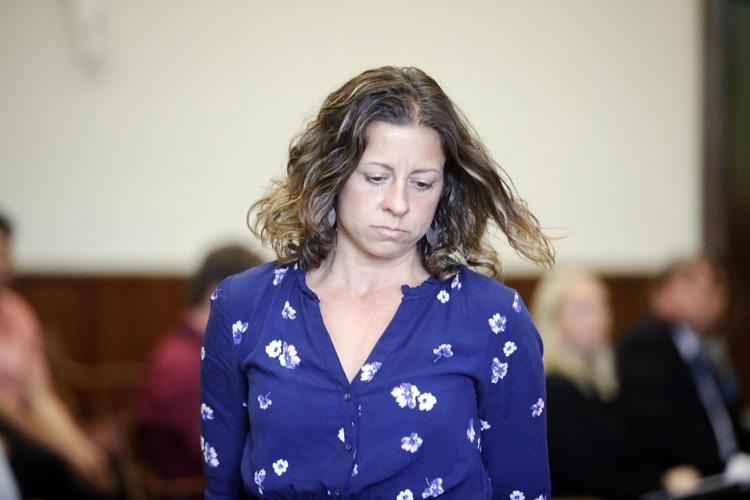 Michelle Curletti is arraigned at Berkshire Superior Court in Pittsfield in connection with a car crash that resulted in the death of Francis Kesse and the severe injuries of another man in Stockbridge on January 11, 2019. Nearly three years later, she pleaded guilty to driving under the influence of alcohol and negligently causing the crash. 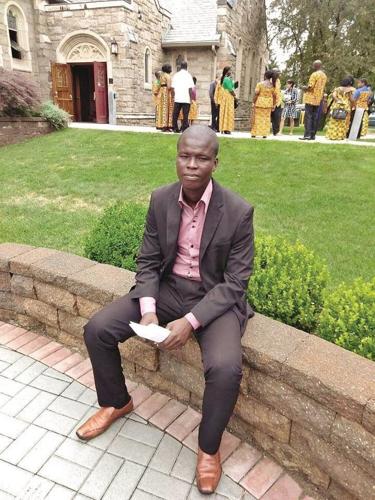 PITTSFIELD — In the span of just a few months working for Hillcrest Educational Centers, Francis Kesse had allowed his extended family home in Ghana to begin to achieve “financial freedom,” according to his wife, Beatrice Kesse.

Kesse, 33, who had been a teacher in Ghana, was “the cornerstone, the pillar and the breadwinner” of his family, she said.

Receiving his three-year guest worker visa to America, the “land of opportunities,” was a “dream come true” for Kesse, she said, because it meant opportunity would trickle down to the couple’s three young children.

But that dream ended on Jan. 11, 2019, when Kesse was killed in a crash in Stockbridge.

On Monday, 45-year-old Michelle S. Curletti was sentenced to four years in prison for driving drunk that night when her BMW crossed the double-yellow center line on Route 7 and struck the Toyota SUV carrying Kesse and three others.

In a victim impact statement, Beatrice said not a day goes by when she does not feel the turmoil of his early death.

“His death has created a void in my life; a void that will never be filled until eternity,” she wrote.

Kesse was riding home with his co-workers that Friday night after a shift at Hillcrest’s Brookside Intensive Treatment Center in Great Barrington, where for the previous seven months he had worked as a youth development professional.

Meantime, Curletti was driving home from a work party. She was employed at the state Department of Children and Families’ Pittsfield office as an area program manager, but was terminated after the crash.

“Jesus!” screamed Fidelis Morkeh, the driver of the SUV upon impact, according to his statement to the court, in which he described being unable to maneuver away because large trees flanked the vehicle on either side.

The impact caused the SUV to spin out counterclockwise, leave the roadway and strike a tree, said Assistant District Attorney Stuart Weissman.

Kesse was in the right rear seat, and died as a result of injuries. Kesse’s brother, Augustine Owusu, said in his own impact statement that the two were “like twins,” and that he suffered a severe neck injury from which he is still recovering.

Kesse was previously described by his employer, Jerry Burke, president and CEO of Hillcrest Educational Centers, as a well-regarded staff member who had earned the respect of children under the organization’s care.

She admitted to driving with a blood-alcohol concentration of 0.20, Weissman said, more than twice the legal limit.

Witnesses and closed circuit video of showed Curletti drinking alcohol “within hours” of the incident, according to the prosecutor.

Curletti, who was not injured in the crash, was transported to Berkshire Medical Center, where blood and urine samples were collected.

She appeared alongside her defense attorney Lori Levinson in Berkshire Superior Court on Monday morning.

Earlier this year, Levinson unsuccessfully sought to have the results of the blood-alcohol test excluded from the evidence against Curletti, arguing in part that there was no probable cause for the evaluation. She declined comment after Monday’s hearing.

She will be sentenced to four years’ incarceration at the Massachusetts Women’s Correctional Center at Chicopee — two years for each offense. Judge John Agostini agreed to wait until Jan. 7, after the holidays, to impose the sentence.

Curletti did not have a criminal record, and did not intend to kill Kesse, Agostini said in a court filing. But her conduct “resulted directly in his death and serious injury to others.”

"His death has created a void in my life; a void that will never be filled until eternity."

None of the surviving crash victims seek “vengeance or retribution,” Agostini noted in the filing, and wished to leave the “level of punishment” in the hands of the court. The surviving victims described the overwhelming emotional and physical trauma of the crash and losing Kesse, whom they described as benevolent and kind. In their separate impact statements, they invoked their Catholic faith.

“From my background as a Catholic, and by my faith as a Christian, I cannot ask you to send Ms. Curletti to prison, because that wouldn’t bring back our dear friend to this life again,” Morkeh wrote. “I humbly recommend that Ms. Curletti should be allowed to inform society by any means about the adverse effect of alcoholic abuse with driving and its impact on the lives of people.”

PITTSFIELD — A West Stockbridge woman has been indicted on multiple charges, including vehicular homicide, for allegedly driving drunk during a crash that killed a Pittsfield man.Michelle S. …

The coronavirus pandemic continued to weigh on the local court system this year. But, through a mix of virtual and in-person proceedings, cases continued to wend through the courts, and a few trials got underway. Here is a look at some of the biggest stories that played out in Berkshire County courtrooms in 2021.