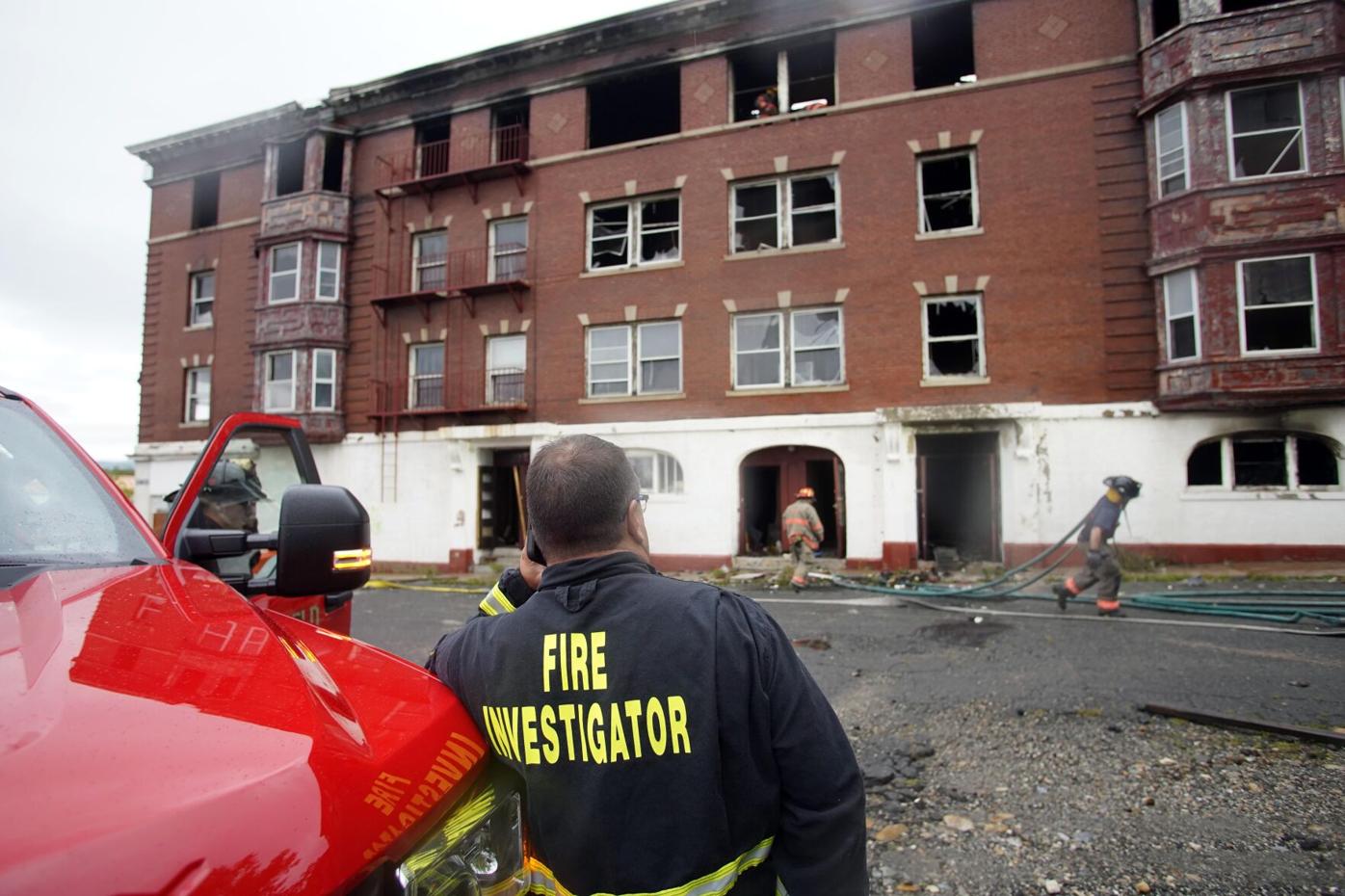 A Pittsfield fire investigator makes a call as firefighters wrap up work after an overnight fire at the unoccupied White Terrace Apartments on North Street in Pittsfield. 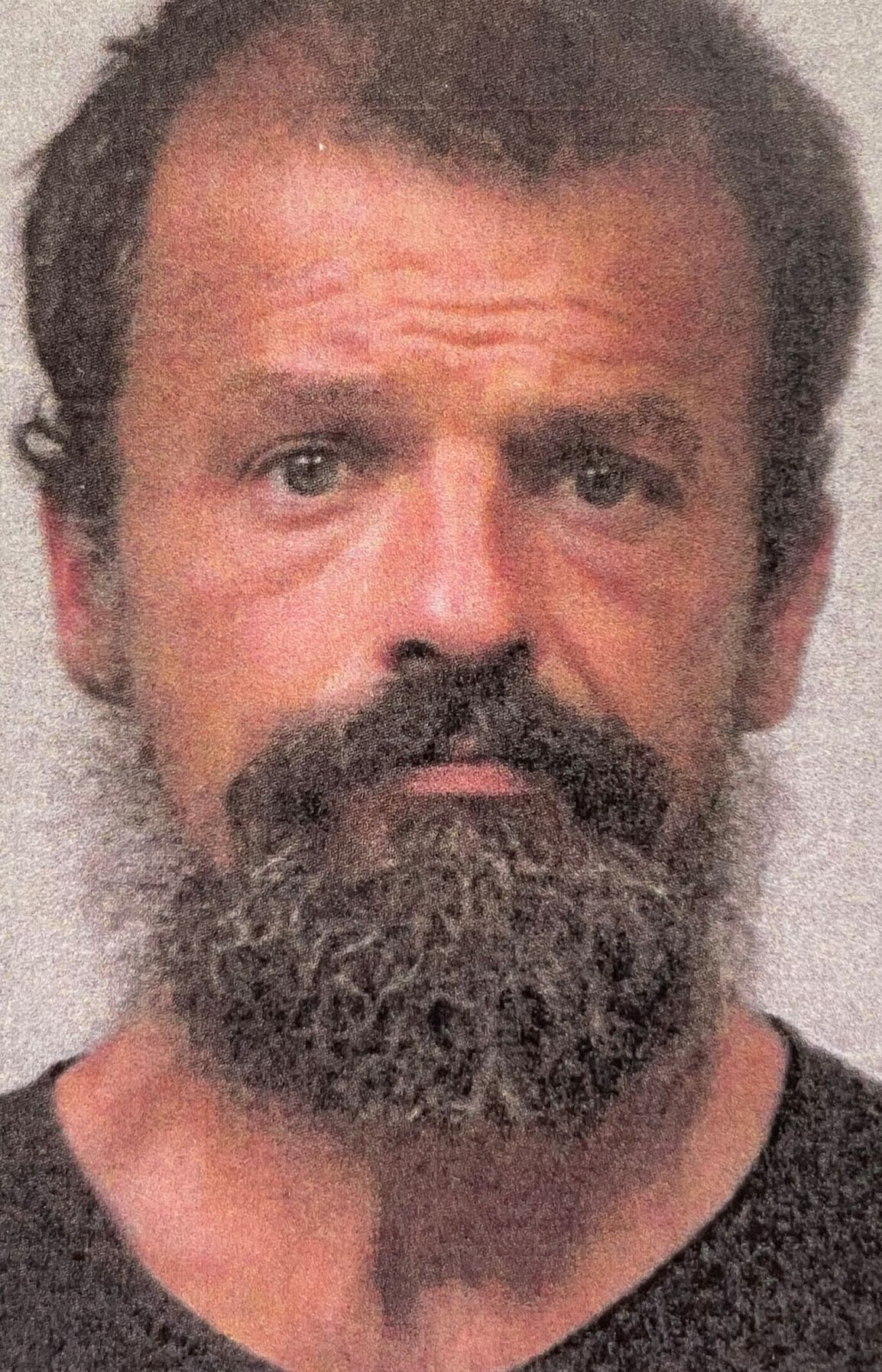 Joseph A. Stone is suspected of setting two recent fires at the White Terrace apartments in Pittsfield. He has only been charged with the second fire, which he allegedly set Thursday afternoon in the basement of one of the vacant buildings.

PITTSFIELD — The man accused of setting a fire Thursday at the White Terrace apartments also is believed to have started the three-alarm blaze that tore through another building in the same complex about one week earlier, police said in a report.

The report came to light Friday, at the arraignment of Joseph A. Stone, 43, of Pittsfield.

“Stone is also suspected to be responsible for the previous fire which resulted in the injury of four Pittsfield Fire Fighters while battling the blaze,” Detective Ignacio Matos said in a probable cause report. “That case is currently under investigation.”

Stone was arrested shortly after police and firefighters were called to the three-building White Terrace apartment complex just after 2 p.m. Thursday. A man who identified himself as the property manager of the vacant apartment complex off North Street told police that he was there, boarding up after the extensive damage caused by the first fire, when he heard footsteps behind him, according to Matos’ report.

Authorities are investigating a fire that occurred overnight at the White Terrace Apartments on North Street.

When he turned around, the report states, he saw Stone, whom he identified to police by the nickname “Stoney,” walking west, away from the property. No one was injured in Thursday’s fire.

Officer Brandon Gallagher said in a report that authorities knew the man by that nickname was Stone, who was convicted by a jury of burning down an apartment building at Fenn and First streets in 2004. That fire displaced over a dozen residents in the middle of winter and caused about $1 million in damage.

After the property manager and Stone had a quick exchange, the manager started to smell smoke in the area, the report states.

The property manager then realized that a windowpane was missing from the front doors of 8 White Terrace, which is in the rear of the property and was not the building that was engulfed in flames Sept. 9. Traffic briefly was impeded on North Street as firefighters responded.

After authorities sent out an alert for Stone, Pittsfield Highway Division Superintendent Vincent Barbarotta reported that he saw the man panhandling at South and East Housatonic streets.

Officer Randy Wendling met Stone at the median and told him he was being detained for an “incident” at White Terrace.

“I have been standing here for the past two or three hours,” Stone said, according to the officer’s report.

After police detained and handcuffed Stone and read him his rights against self-incrimination, Stone asked for a lawyer and stopped talking.

He pleaded not guilty in Central Berkshire District Court on Friday to one count of arson of a dwelling and possession of a Class B substance. He has not been charged in the initial fire.

Deputy District Attorney Richard Dohoney requested that Stone be held without the right to bail, and defense attorney Marc C. Vincelette did not oppose the request. Stone is due back in court for a pretrial hearing Nov. 17.

The White Terrace property belongs to Madeline Culpo, whose family has owned it since 1984, through a corporation called White Terrace Realty.

The Sept. 9 fire swelled into a three-alarm blaze and was deemed a “major structure fire” by authorities, requiring mutual aid from firefighters from Lenox and Dalton.

Fire Chief Thomas Sammons told The Eagle that Thursday’s fire occurred in the basement of the rear building. Firefighters quickly brought the blaze under control.

In 2004, Stone admitted that he sparked the devastating fire at Fenn and First streets by setting alight a jacket in the basement of the building. The lot where the building once stood remains undeveloped.