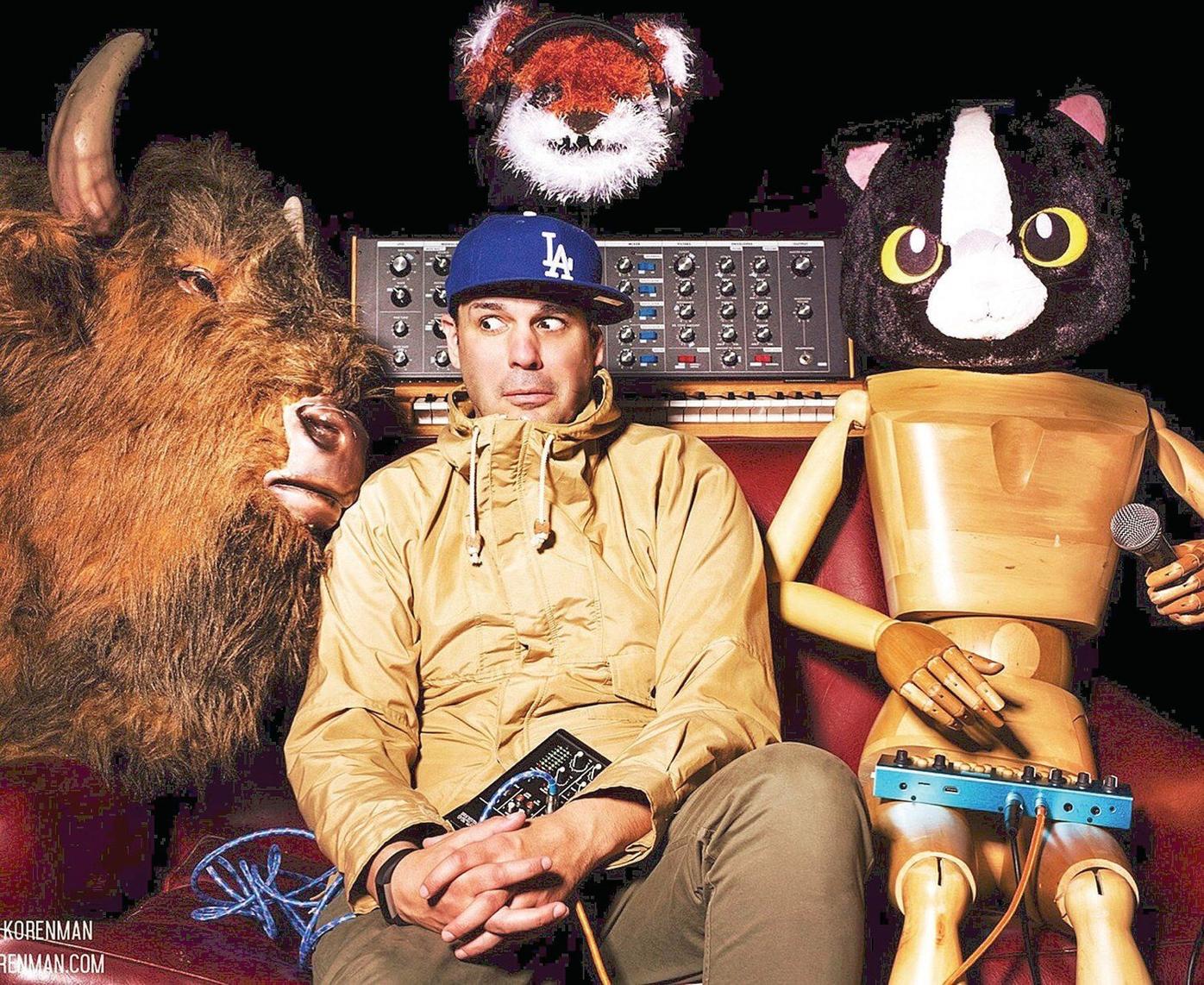 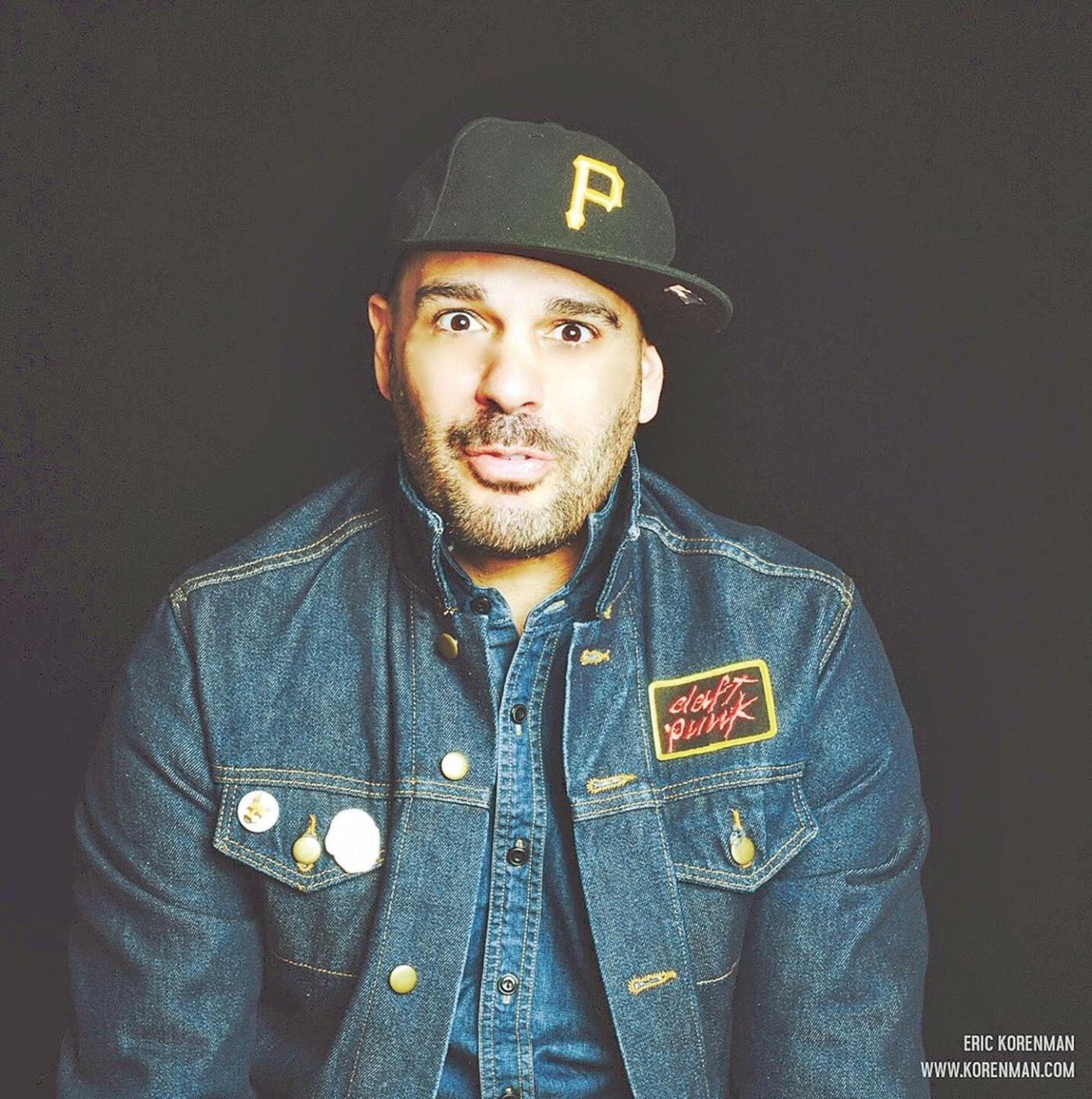 WEST STOCKBRIDGE — McQueen himself isn't quite sure what you'd call him. The one-man multimedia comedian was once described as "a digital puppet show," but often, he's just called "a funny DJ."

Some say he's in the comic songwriting tradition of Weird Al Jankovic, or in creating rich soundscapes like Thom Yorke of Radiohead, who once described McQueen's work as "just brilliant." On stage, he often looks like a conductor scoring a live action YouTube binge, throwing at you "scenes that don't exist but maybe should." He admits it's probably best not to describe what he does as just stand-up "I don't want people coming to my show and being like, when is this guy gonna start telling jokes?" he said.

"There is no box to get put in," he concludes, and that's exactly where he wants to be. McQueen is the stage name of Pittsfield native Jesse "McQueen" Adams, and he'll be performing songs from his new album "Black Cat" on Saturday at the Foundry in West Stockbridge.

Now splitting his time between Brooklyn, the Berkshires, Hudson N.Y., and increasingly Los Angeles, McQueen performs shows that are a mix of beats on the sound system and projected visuals, carefully crafted songs full of impressions and layers upon layers of references to pop cultural ephemera and familiar, common experiences of everyday life. He found his voice with a successful Snapchat digital series for Comedy Central called "Heads Will Roll," which drew millions of views. Over time he also developed his stage act, which included a Funny or Die tour, performing around the country.

That led to a record deal with aspecialthing records, a LA-based comedy label. But when it came time to plan what he wanted to do, the idea of a straight-up comedy album didn't feel right. His thinking came together while having coffee with the sound editor who would eventually work with him on the album. "You should be doing music," he recalled he told him. "It can still be funny and weird, but it should still be music."

With the label's support, he came up with what can be described as a surreal conceptual comedy album, at once catchy, funny and engaged with many of the feels. It takes off from a memory of being ill for 10 days with pneumonia when he was a kid, and the fever dreams he experienced about being a black cat that could slink easily through assorted dreamscapes and dive into some deep emotional undercurrents.

Some of his songs are plainly silly, like about being convinced the actor Kevin Costner was his real father, and songs that are almost universal, like about asking someone to dance in middle school. It has a nostalgia for childhood, and being not quite able or willing to let go.

Much of the work was done in Los Angeles, except for two tracks that were recorded in Pittsfield, at a friend's house on Bartlett Avenue that had a piano and great acoustics. McQueen said he grew up in a family that loved music, and "was around music all the time." Not surprisingly, he said Weird Al was a big passion growing up, but he also liked cartoons and especially — which his friends found weird, he said — soundtracks to films like "Goonies," "Field of Dreams," and "Legends of the Fall."

"I liked to get lost in that kind of stuff," he said.

He counted himself lucky to get into concerts well before his peers; like the time his sister's boyfriend brought him along to see Radiohead at Pearl Street in Northampton when he was young. He liked the sound of them, along with bands like Kraftwerk and Devo. "I just like sounds, and am obsessed with trying to learn how to do stuff like that."

Making it in comedy today requires a full set of skills — audio, visual, writing and performance, which he said he enjoys. He described a performance earlier this year at Moogfest in North Carolina, when he came on after a comedian and was met at first with blank stares from the audience. Eventually, he won them over, even getting people to sing along to his new-to-them song "F--- You Like a Ghost" ("I mean, Neil Young didn't write it," he sheepishly admits.)

Now launching a tour with the album, he's excited to be on the road especially after a car accident that set his timetable back a little bit over the summer. He's looking forward to seeing how it connects with audiences.

"I feel like a pioneer of sorts because I'm the only one I've ever seen who is doing this," he said.