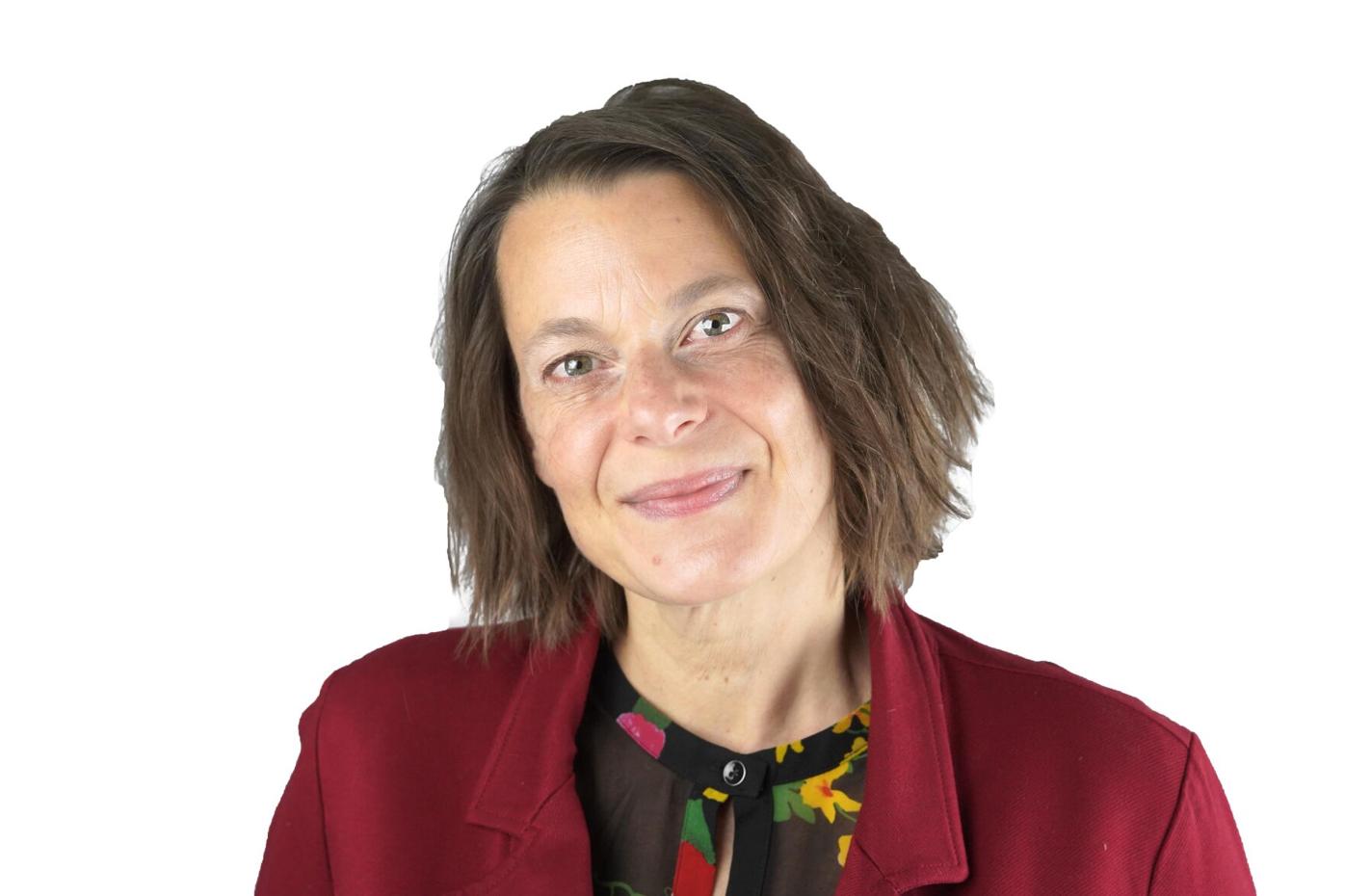 Kristen van Ginhoven, co-founder and artistic director of WAM Theatre in Lenox, said the original intent was to have a theater company in the Berkshires and the Capital Region of New York. "We were going to be in both places," she says. "I remember saying that while the Berkshires certainly doesn't need another theater company, it did need to be focused more on the works of women." 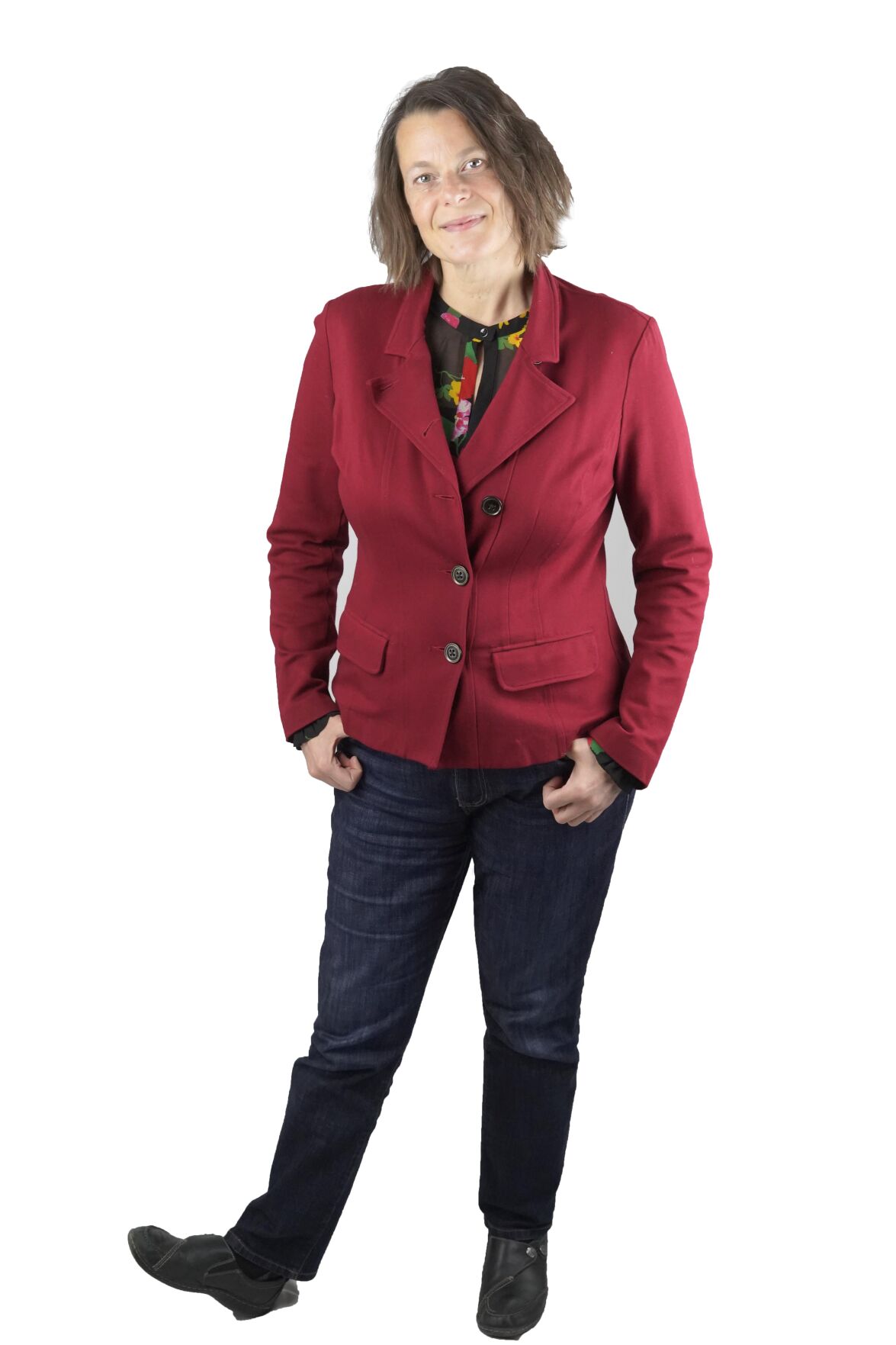 Kristen van Ginhoven, co-founder and artistic director of WAM Theatre in Lenox, said the original intent was to have a theater company in the Berkshires and the Capital Region of New York. “We were going to be in both places,” she says. “I remember saying that while the Berkshires certainly doesn’t need another theater company, it did need to be focused more on the works of women.”

Kristen van Ginhoven, co-founder and artistic director of WAM Theatre in Lenox, said the original intent was to have a theater company in the Berkshires and the Capital Region of New York. "We were going to be in both places," she says. "I remember saying that while the Berkshires certainly doesn't need another theater company, it did need to be focused more on the works of women."

Kristen van Ginhoven, co-founder and artistic director of WAM Theatre in Lenox, said the original intent was to have a theater company in the Berkshires and the Capital Region of New York. “We were going to be in both places,” she says. “I remember saying that while the Berkshires certainly doesn’t need another theater company, it did need to be focused more on the works of women.”

PITTSFIELD — Kristen van Ginhoven is the co-founder and artistic director of WAM Theatre, a small performing arts company in Lenox where philanthropy is a major focus.

Each year since its founding in 2010, WAM Theatre has donated a portion of the proceeds from its main stage productions to selected local and national organizations that advocate for gender equity issues. Over the past decade, 19 organizations, whose work ranges from girls’ education to sexual-trafficking awareness to teen pregnancy prevention, have received a total of $75,000 from the theater.

The daughter of Dutch immigrants came to Canada after World War II. Her paternal grandfather, Huibert van Ginhoven, was a member of the Dutch liberation movement during the war. He paid for that affiliation with his life, when he was executed for committing sabotage in March 1942.

“So, my activism comes by me naturally,” Kristen van Ginhoven says.

We spoke with van Ginhoven recently about her love of the performing arts, why she founded a theater company with a philanthropic mission, why she is proud of her Canadian heritage, and what it felt like to vote in an American presidential election for the first time.

Q: What originally drew you to the theater and the performing arts?

A: I went to a very small high school north of Montreal, in the Laurentians [mountains] of Quebec, Ste. Agathe Academy [in the town of Sainte-Agathe-des-Monts]. There were eight people in my graduating class.

In grade 10, my English teacher decided to put on a play, called “Ducktails and Bobby Sox,” and prior to that, in grade eight, we had a field trip to Montreal, where a music teacher took us to see “Cats.” I was transfixed. I didn’t want to leave the theater. It was like the best thing that ever happened to my imagination, which was already very vibrant at the time. ...

I was very lucky to have a teacher who wanted to give this little school something that we could do after school, this play. ... So, when it came time to figuring out what I wanted to do in college, it was, “Well, I like this the most.” And that was the beginning.

Q: What does WAM stand for?

A: Now, it stands for “where arts and activism meet.” When it started, it didn’t have an acronym at all. We just liked the sound of the word “wham.” ... If I’d known what I was doing, do you think I would have picked a title that started with W, at the end of the alphabet?

As you know, we focus on intersectional feminism, and opportunity for women and girls.

Q: WAM Theatre seems to have a dual purpose — an artistic mission and a philanthropic one. Why did you set it up that way?

A: When I moved to the states for personal reasons in 2008, I found myself having a hard time.

I’m Canadian, so I couldn’t work here. It was tough mentally for me. I had heard about a book called “Half the Sky,” by Nicholas Kristof and Sheryl WuDunn. It’s about turning oppression into opportunity for women worldwide. ... The thesis of the book is that oppression of women and girls is the seminal issue of our times, just like slavery was in the 18th and 19th centuries.

I’ll be honest with you, it was one of those cases of reading the right book at the right time and when you’re in the right frame of mind. The book is full of stories of women who were in far dire circumstances than me who found a way through sheer courage and resilience and persistence to turn their oppression into opportunity. And, here I was in my mid-30s, living in a first-world country with a college education feeling sorry for myself because I was unable to work because I didn’t have my green card or citizenship at the time.

The book was really just a dose of reality. It also opened my eyes to the power of an individual to make a difference. I’d always been so overwhelmed by all of the inequities in the world that, instead of trying to do just a little bit, I ignored it and did nothing. ... So, the book just galvanized me to figure out a way to use what I do with theater and have that become my philanthropy.

Q: Why did you start a theater company in the Berkshires, where so many were already established and there was a lot of competition?

A: At the beginning, I co-founded it with Leigh Strimbeck, who lived in [New York’s] Capital Region, so, we were going to be in both places. I remember saying that while the Berkshires certainly doesn’t need another theater company, it did need to be focused more on the works of women.

When I looked at the statistics, even though theater companies were being run by women and many were founded by women here in the Berkshires, the statistics were just like they were [here] nationally. The Berkshires were no better off in terms of representing women playwrights, women directors or women designers, which shocked me. ...

I knew that WAM was not going to be a summer theater, because we didn’t want to have a space. We wanted to support the rest of the theaters by renting their spaces offseason and we wanted to provide theater for the local community, not just the Berkshire summer community ... the other theaters were so, and continue to be, so supportive of us.

Q: Is it a goal for WAM Theatre to have its own performing space?

A: I would love to be a theater company in residence in the Berkshires and have a home that way. I have no desire to have our own building, because it feels more important to pay artists and arts administrators to do their work and use the money that we work really hard to raise and that people give to us. I want that to be recycled back into the economy through paychecks.

Q: (Van Ginhoven became an American citizen in August 2018.) What was it like to vote in your first presidential election?

A: It was very, very moving to vote. I feel Canadian in my heart and soul, for sure, but to be able to have a voice. ...

I did vote in the midterm elections [in 2018], but it felt completely different to put my name next to Biden-Harris, especially with a woman [on the ballot]. That just felt really great.

Q: What does being Canadian mean to you?

A: It means so much to me. I get emotional just thinking about it.

Every time I cross that border, my body just gives a big sigh of joy. The values of Canada are peace, order and good government. Right now in the pandemic, every single level of government, from the mayor to the prime minister to the premiers of all the provinces — it doesn’t matter if they’re in opposing parties — they’re all sending the same message. There’s just a consistency where community is very important.

America has been very kind to me, and the whole American dream. ... I’m living it right now by starting and growing WAM. That’s where the focus on the individual [in the U.S.] is a big plus. But, in Canada, the focus on the community means that the primary focus is to look out for the other, which I certainly haven’t noticed living in America.

Q: It sounds like you’ve found pluses in both approaches.

A: I do not take things for granted. It’s the best way I can honor my ancestors who went through so much, including world wars. ...

My grandfather was shot by a firing squad in World War II for helping the underground movement, and my grandparents emigrated to Canada in their 50s so that their children would have a better life. The only way I can honor them is by living a joyful, peaceful life, try and leave it a little bit better than it was when I came in and have joy along the way.

Mission: Create opportunity for women and girls through the mission of theater as philanthropy