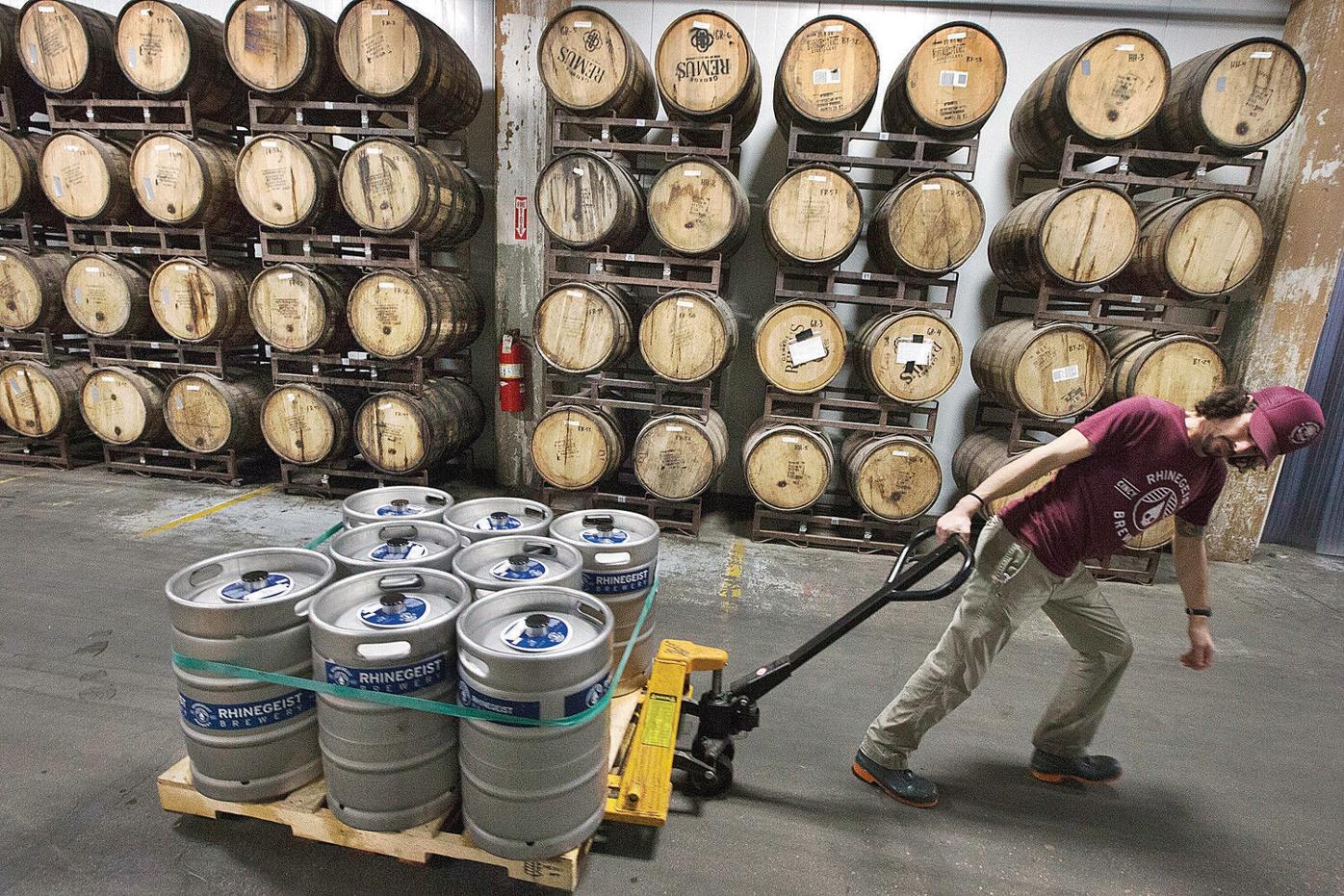 Before the Industrial Revolution, brewing was a handmade process that resulted in small batches with often inconsistent results. Today, thanks to advances in technology, beer can be mass produced with carefully crafted results. 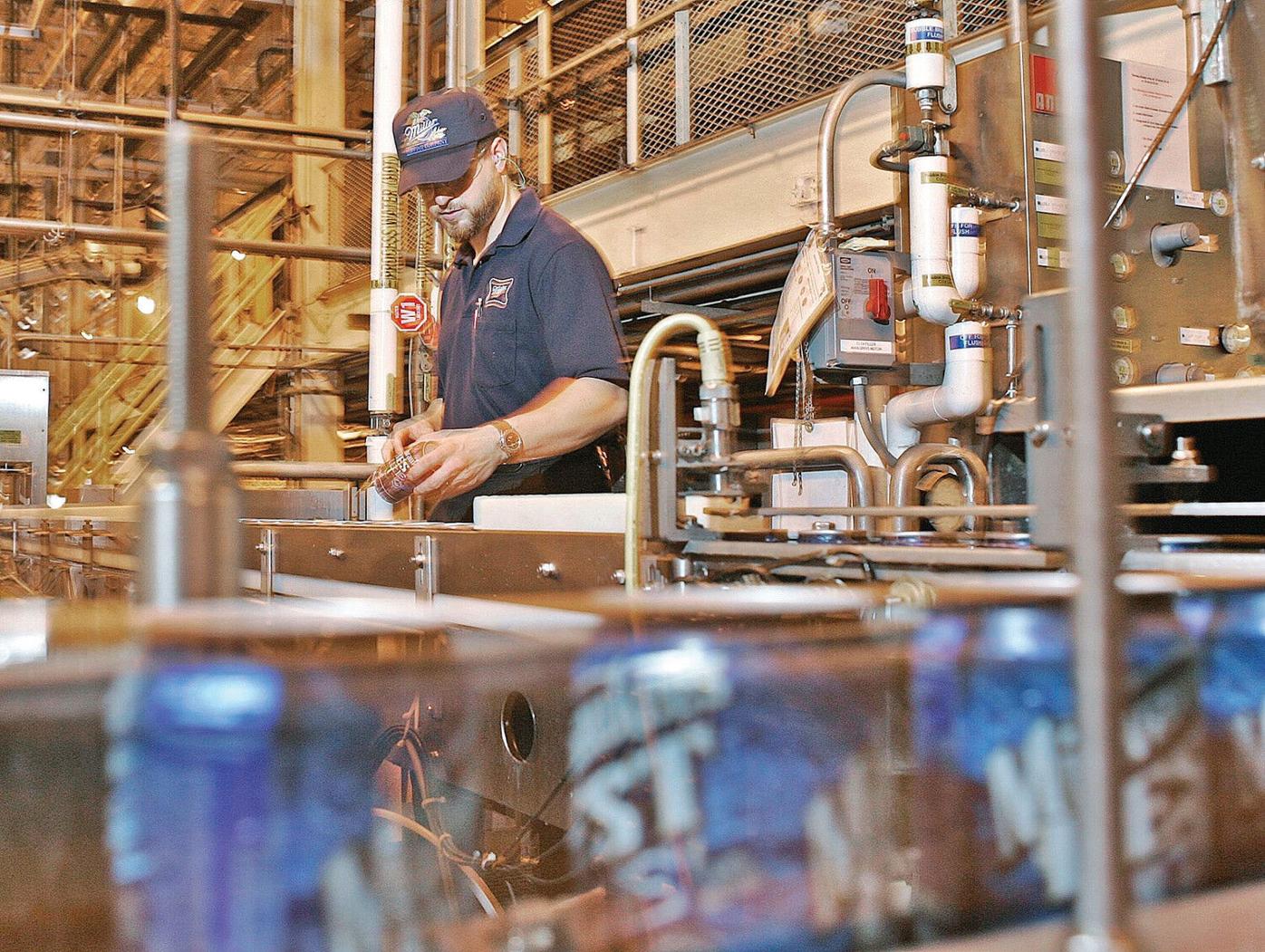 Once Louis Pasteur understood microbiological causes of fermentation, beer could be made without souring or spoiling.

Before the Industrial Revolution, brewing was a handmade process that resulted in small batches with often inconsistent results. Today, thanks to advances in technology, beer can be mass produced with carefully crafted results.

Once Louis Pasteur understood microbiological causes of fermentation, beer could be made without souring or spoiling.

It is true that beer drinkers appreciate contemplating a brewed beverage, which requires either reclining with completely relaxed mind and body or a lot of loud people milling about and loud music. Nevertheless, the aesthetic rewards of such contemplative consumption should not hide the fact that brewing has, indeed, driven and been driven by our most creative and technological advances.

The story of beer is a story of the emergence of the modern industrial society we live in now, and how it was inexorably tied up with our pursuit of consistently drinkable beer. Modern beer is an industrial product, even the beer of the most artisanal microbreweries

From the earliest origin of beer to the Middle Ages, the production of beer was limited by the natural forces, human- and animal-powered processes, based on tradition and habit without much understanding. For example, grain was ground by mills powered by rivers or beasts of burden.

This handmade process resulted in small batches with often inconsistent results. The type of beer was ale, which has existed as long as there have been beers, which is the default style to brew in a no-tech world. However, in central Europe, especially near the Alps, where cold winter and caves allowed for cooler fermentation and colder storage, lager beer eventually emerged.

In Europe, people brewed ales in all kinds of places — in households and in castles, and in monasteries. They often fermented the beers in cellars that were a bit cooler than upstairs. This is what most home brewers still do.

Ales ferment well at 15 to 20 degrees Celsius (59 to 68 Fahrenheit). At these temperatures, the fermentation goes pretty quickly, creates the right kind of fermentation byproducts (primarily esters), and leaves the yeast healthy enough to reuse many times over.

That means that year after year of brewing ales, the brewers could repitch the yeast from the last fermentation and get these tasty ales, and they need understand nothing of why. Lager yeasts, on the other hand, cannot be reused so often.

But, by the 15th century, prototypical dark lager beers were already being brewed in Bavaria. The beer was fermented in cool places, which cut down on spoilage, and stored in cellars or caves. Storing in theses cool cellars meant that more beer could be brewed and stored (lager in German) through summer, for example. Often ice from nearby alpine lakes were cut and brought into the caves to keep them cool.

Eventually, trees were planted above the cellars to cast shade on the ground. Chestnut trees were a particular favorite for this, due to the large leaves, which made it a nice place to sit and drink beer, the origin of beer gardens.

Then came the Industrial Revolution, which produced steam engines, hot-air kilning, refrigeration and microbiology, which changed brewing and beer.

The steam engine, first used in English breweries, powered mechanical grist mills, and it allowed for consistent heating of the mash tun, which resulted in consistent saccharification. Of course, it eventually allowed for shipping of ingredients and products by rail with steam engines (which is just a horizontal boiler and engine on tracks).

Apparently, the first freight carried by rail in Germany was a couple of barrels of beer, sent by a Nuremberg brewery to a pub called "Zur Eisenbahn" (To The Railroad). In the early 1800s, the hot-air kiln was invented and used in maltings, which allowed for drying malt not just consistently, but with less coloration. Before this, malt was dried over fires, which were difficult to regulate and always resulted in dark and often acrid malt beers.

A half-century or so later, mechanical refrigeration was developed to the extent that breweries could use it in production. Refrigeration meant that you could stop fermenting beer from getting too hot and stop the fermentation, and it allowed for cooler fermentation, which is what lager beer production needs, as well as the ability to bring the temperature down to freezing, for the aging (lagering) of lager beer — and you need not be at the foothills of the Alps to do this.

Around the same time, Louis Pasteur revealed the microbiological causes of fermentation (and disease and contamination). And the discovery of yeast cells, or the biology of fermentation and spoilage, allowed for clean yeast to be used, fresh yeast to be propagated and spoilage microorganisms to be avoided. This meant that brewers could be systematic, producing beers that were not sour or spoiled, and create beers with consistently.

So now, thanks to Pasteur and the great inventors of the Industrial Revolution, when you or I pop open a cold one, we are not deeply saddened by a funky sour brew, but are rewarded instead by the fine balanced flavors of the hoppy and frothy barley juice of our dreams.

Simeon Joffe is a master brewer and winemaker who lives in New Marlborough.